Well….it’s been “on” here at Forgotten Fiberglass for about a decade, and with your help we’ve solved many a mystery – but many remain to be solved.  Like today’s story about Bob Duell’s sports/race car – a car that should look quite familiar to many of you.  It’s another version of what Rick D’Louhy and I call the “Californian.” 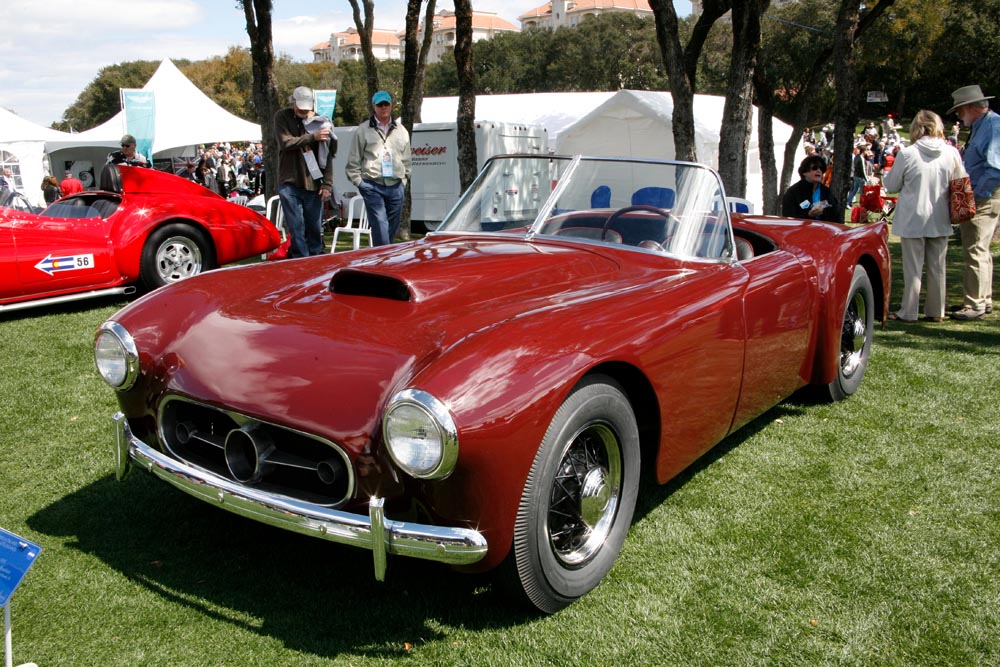 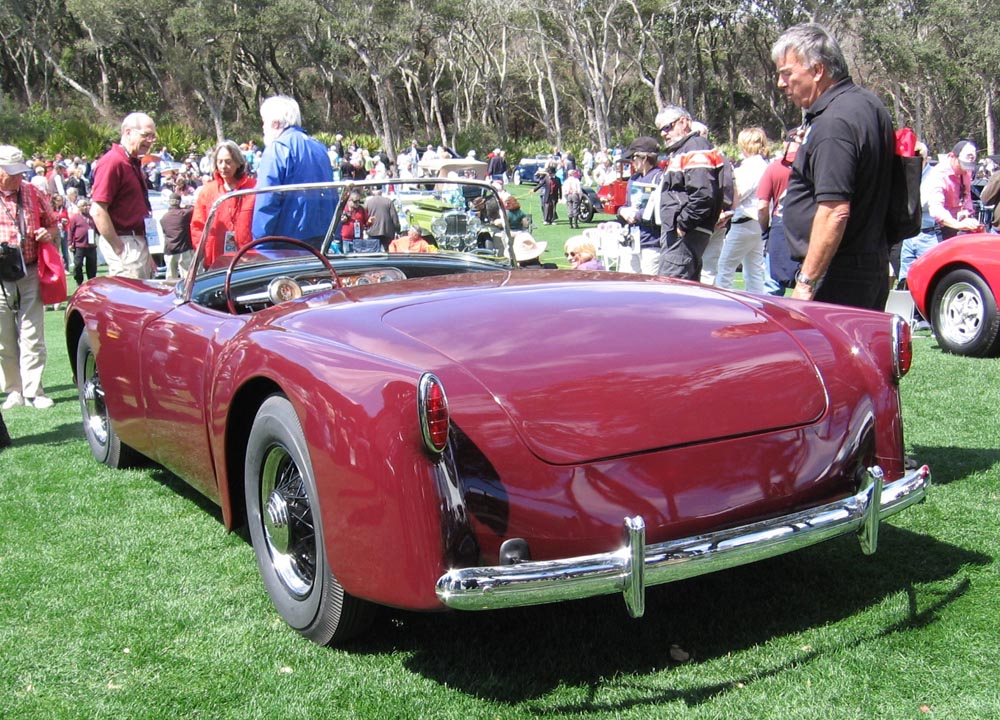 So far we’ve found two nice examples like this built in a near identical manner – down to the layout of the trunk and mounting to the frame.  This strongly suggests that these cars were built by someone or a group of folks intent on building multiple versions – and perhaps for sale.  Or they could have been bought and built by the same customer.  In any event, someone produced more than one of these, and so far we’ve found two cars and an unused body. 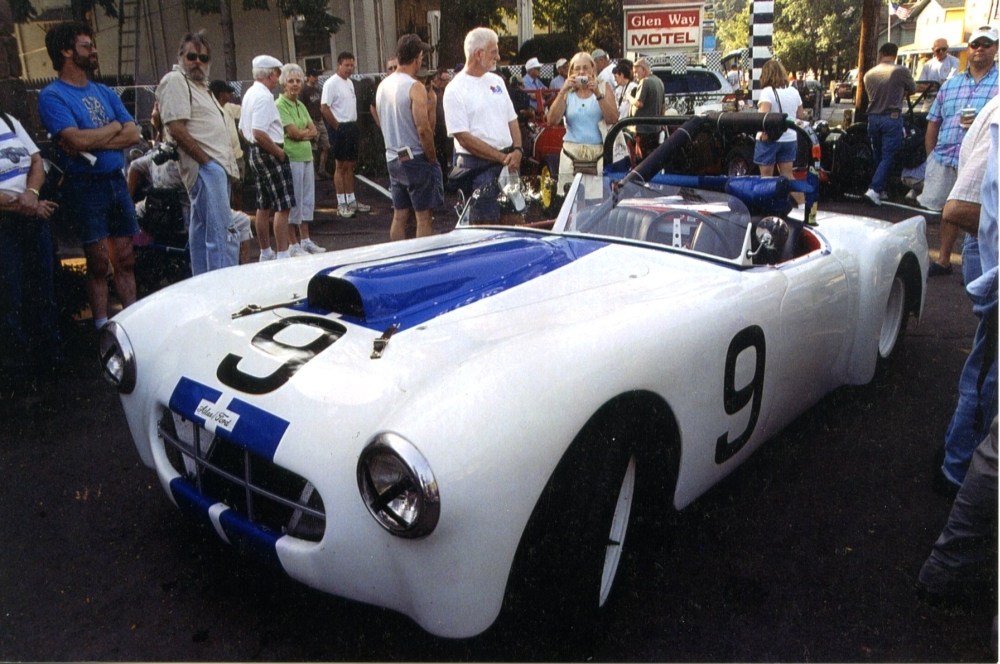 Very few of the stories we research end with just one car.  That may have been how the story and “dream” started, but by the time the designer/builder/proprietor was done with their first intended car/body, the excitement to produce another body and build another car was often just too strong – especially if a mold was available.

All we’ve been able to find so far when tracing the history of these cars is that each car found and the fiberglass body located all track back to Los Angeles.  That’s where the trail grows cold.

Several years ago Jim Giles who previously owned one of these cars researched the history and identified that the car may well be the large 100″ wheelbase roadster version of an Allied / Atlas – the cars built by Bill Burke, Mickey Thompson, and Roy Kinch.  Enthusiastically, we shared the photos of these cars with Bill Burke in 2008/2009, but he quickly discounted this possibility.  Close but no cigar.

Jim Giles, though, is still hot on the trail fiber-gang 🙂 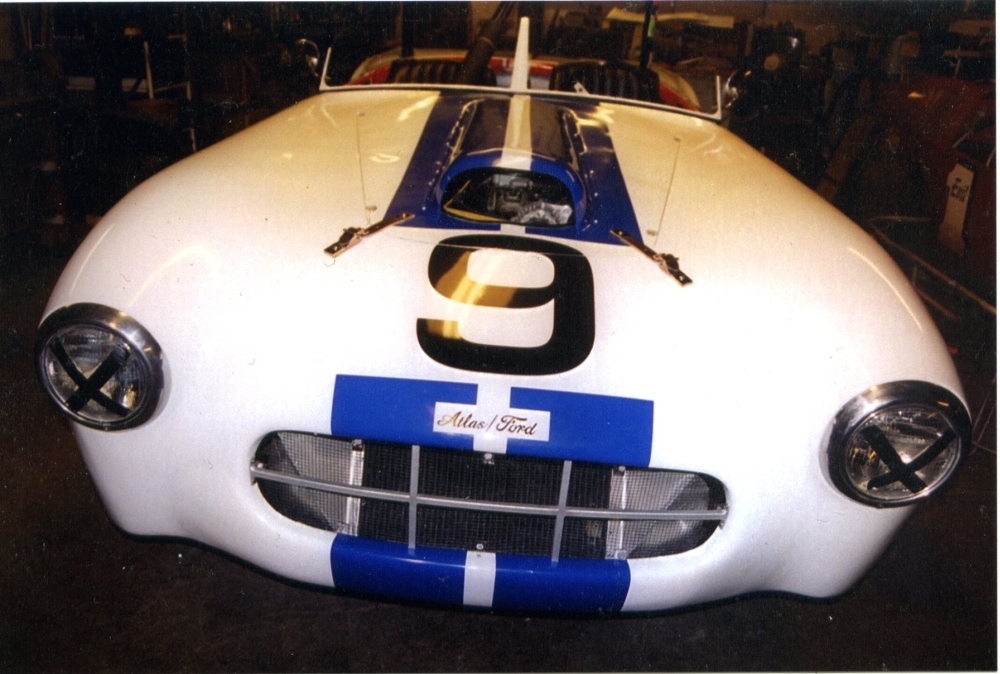 Today’s story comes in from good friend Bob Deull who owns the “Atlas” featured in this article – his version of what we call the “Californian.”  The name “Atlas” derives from the point in research that Jim Giles was at when we were trying to identify the cars many years ago.  Since we still don’t know the name or heritage of the car, the name “Atlas” still works for us (as long as we separate it from the heritage of the true Atlas company mentioned above).

A few years ago, an article was written about Bob’s Atlas in a French-Canadian newspaper – “La Presse Montreal“.  Bob had the article translated and sent it in.  Let’s have a look at what they had to say about Bob’s wonderful race car – The Atlas Special. 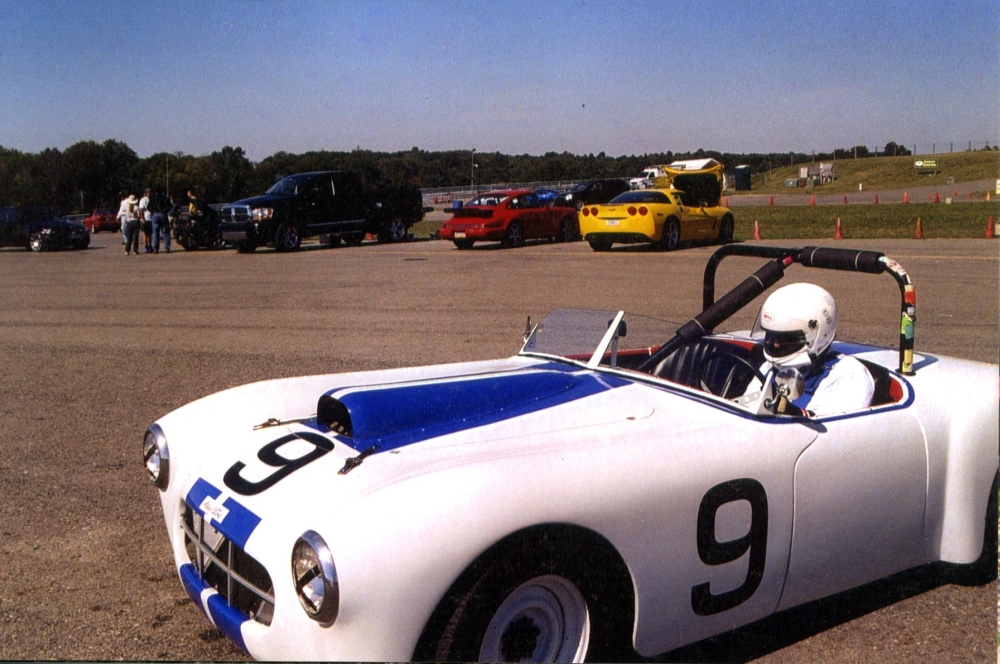 WATKINS GLEN, New York – When Bob Deull, of Sanborn, New York, learned that there was a 1953 Atlas-Ford for sale in Arizona, he did not hesitate.  He had a strong recollection of a similar car that his cousin drove during the 1950s.  However, only about fifty Atlases were ever produced. Mr. Deull, an insurance adjuster in the Buffalo region, was very aware of the history of this automobile. 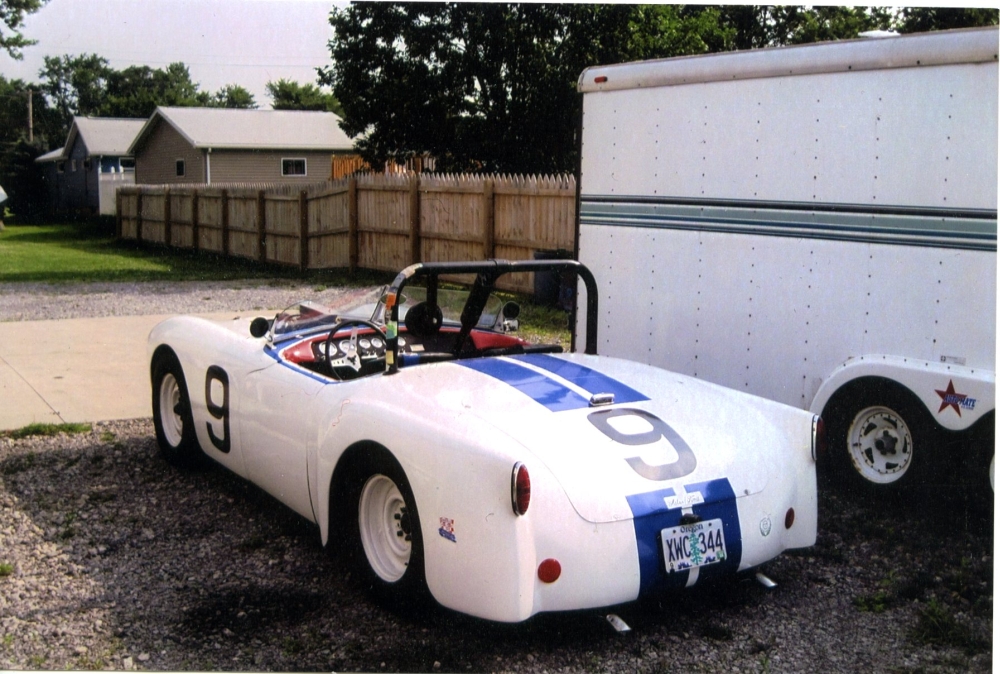 The story of the auto manufacturer Allied-Atlas is a bit obscure.  According to the legend, as Mr. Deull tells it at the US Zippo Grand Prix at the Watkins Glen circuit, the make was first produced in Los Angeles in 1952.  The drivers Mickey Thompson and Bill Burke (holders of speed records in Bonneville) borrowed the Cisitalia 202 Coupe that Robert Peters, the then-editor of the magazines Hot Rod and Motor Trend, had just ordered in Italy.

From the Cisitalia they made, without Peters’ knowledge, plaster molds in the workshop of the coachbuilder George Barris.  They then asked a certain Roy Kinch, specialist in fiberglass, which was then a new material, to reproduce it on a small car chassis, like the MGs and the Triumphs of the time.  Later, they enlarged the bodywork so that it could be fixed on North American chassis. 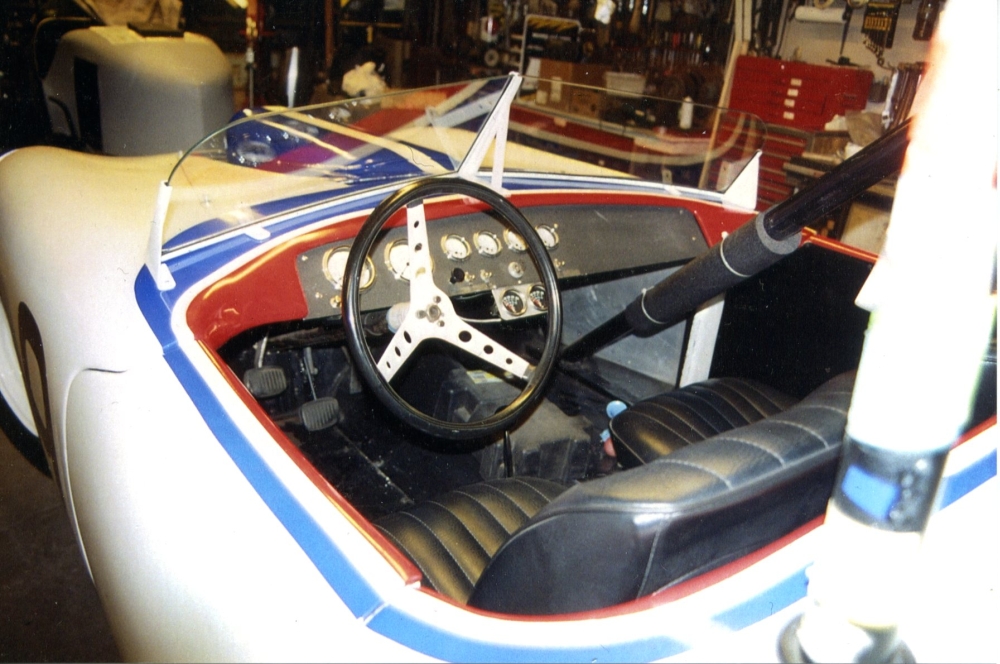 Bob Beull’s (sic) Atlas-Ford is one of the automobiles of this latter generation.  It sits on a modified Ford 1940 chassis, which conserves its transverse leaf spring suspension.  Under the hood is a venerable 1949 Ford V8 Flathead motor, modified with an Edelbrock intake manifold with three single-barrel carburetors and Fenton cylinder heads, which gives it about 210 horsepower.

The previous owner had had the Atlas restored after discovering it at a flea market in San Diego; it was missing mechanical pieces such as the gearbox and the back axle, later replaced by a more modern T-10 gearbox and an axle from a 1960s Mercury Comet.  Mr. Beull (sic) claims that his Atlas is only one of two vehicles of its type still running.  At Watkins Glen, the automobile drove on more modern (and certainly safer) BFGoodrich Touring T/A tires. 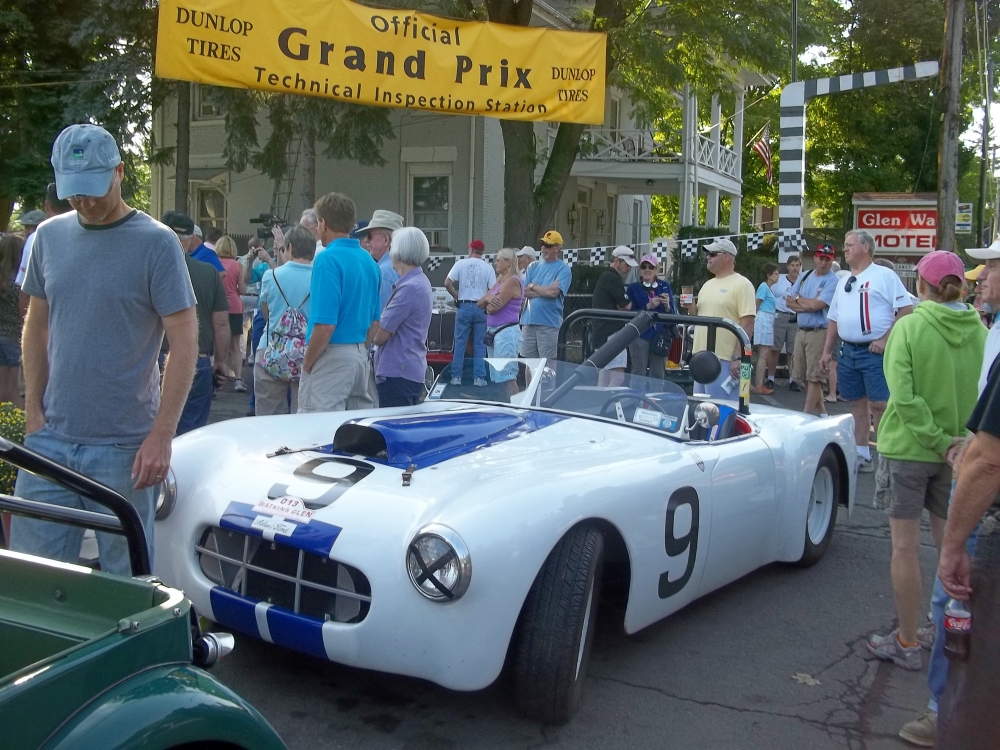 When he started the motor, the few onlookers present were quickly reminded of the characteristic sound of the Flathead exhaust pipe.  It is worth mentioning that these spectators were all in their fifties…or older. 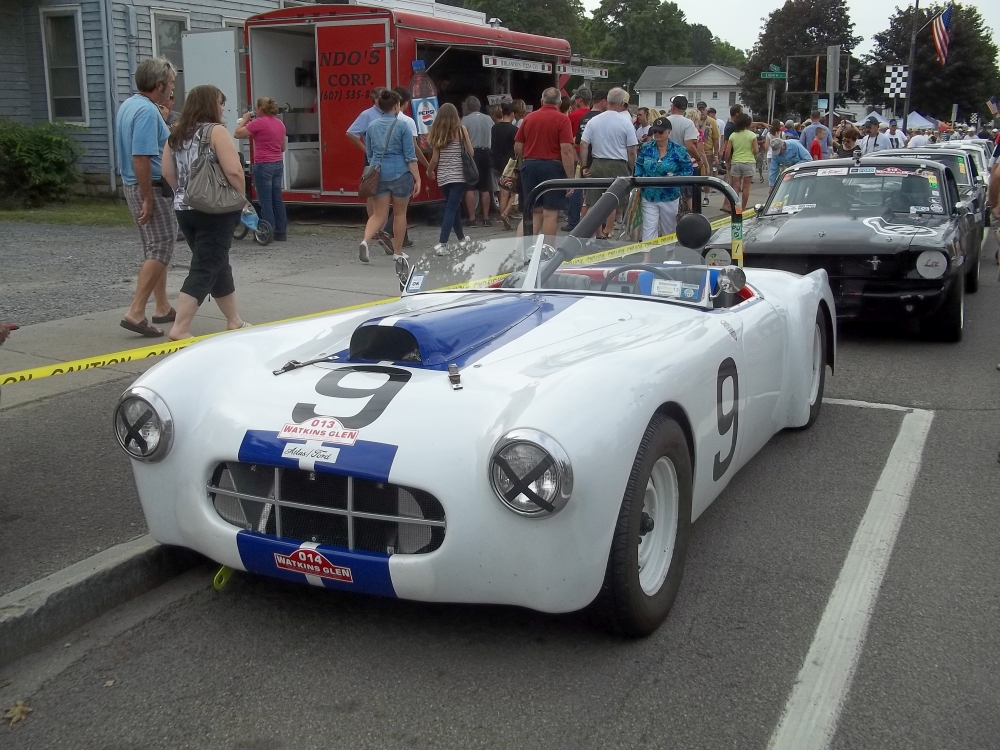 Although Mr. Deull used his Atlas for the first time at Watkins Glen, it was not the first time the automobile has been on track.  Indeed, this roadster had participated in twenty some events in racing series for vintage cars of the American West.  It still sports an Oregon license plate, having been driven by Portland’s Paul Ingram.  Bob Deull was thus proud to take his first laps with his Atlas.

It was not his final finishing place or the performance of the automobile that mattered most to the happy owner: it was finding the car that his cousin drove in 1955.

Photos captions: Left – the Atlas’ vertical taillights are those of a 1949 Ford.  Right – Bob Deull is not afraid of entering his Atlas in contests.

Note From Geoff:  You’ll notice that the story above references the story of the Atlas/Allied Company owned by Bill Burke, Mickey Thompson, and Roy Kinch.  The story about Bob Deull’s sports car was printed in the Canadian newspaper before the full history was known about the car in today’s story and the “Californian.”  Both remain mystery cars in search of their story as of the date of this posting, and are not related to Bill Burke’s company above – the Atlas/Allied Fiberglass Company (as far as we know at this date). 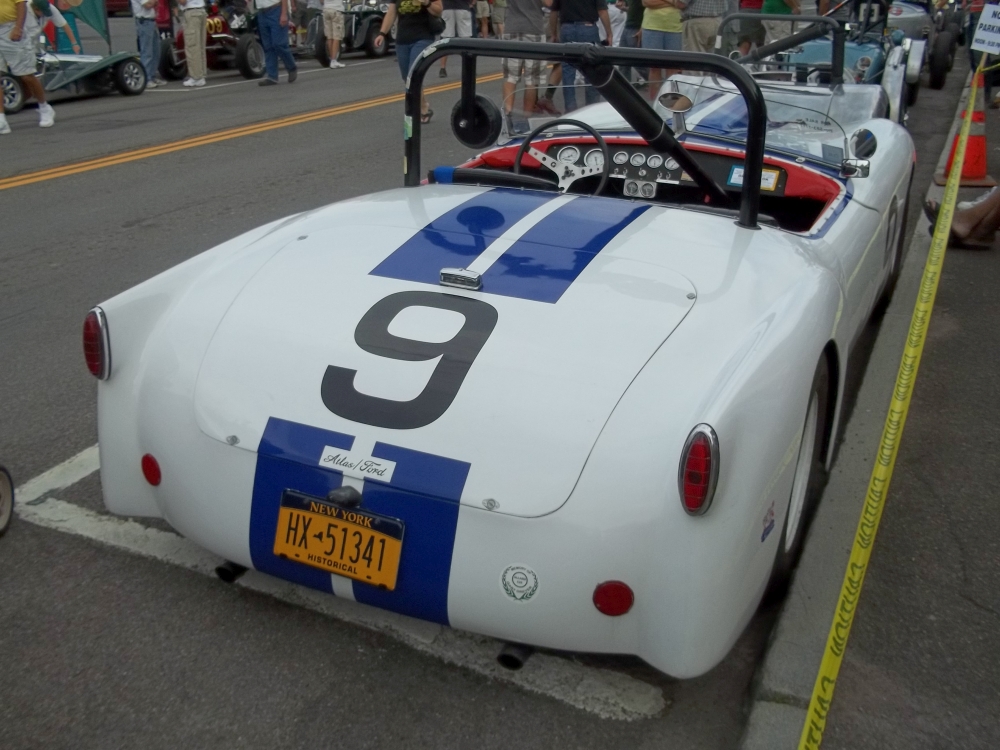 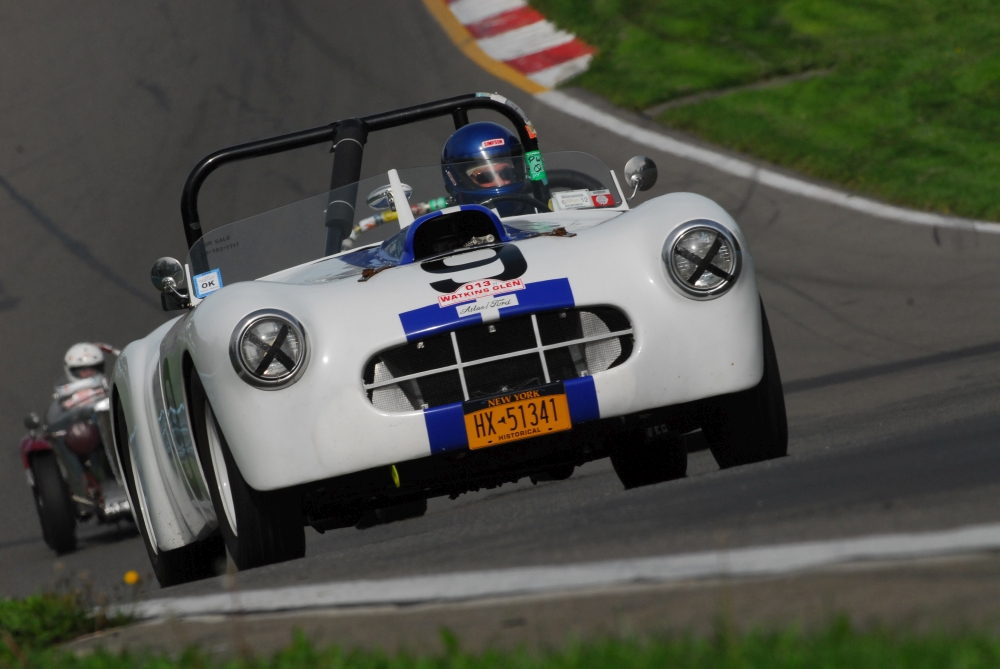 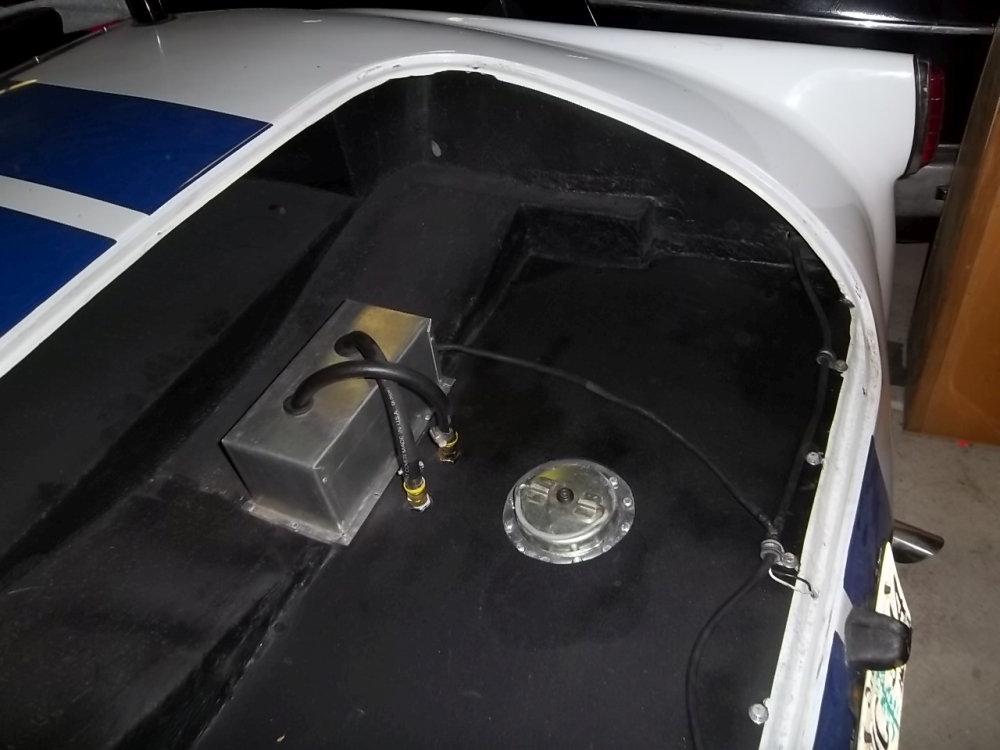 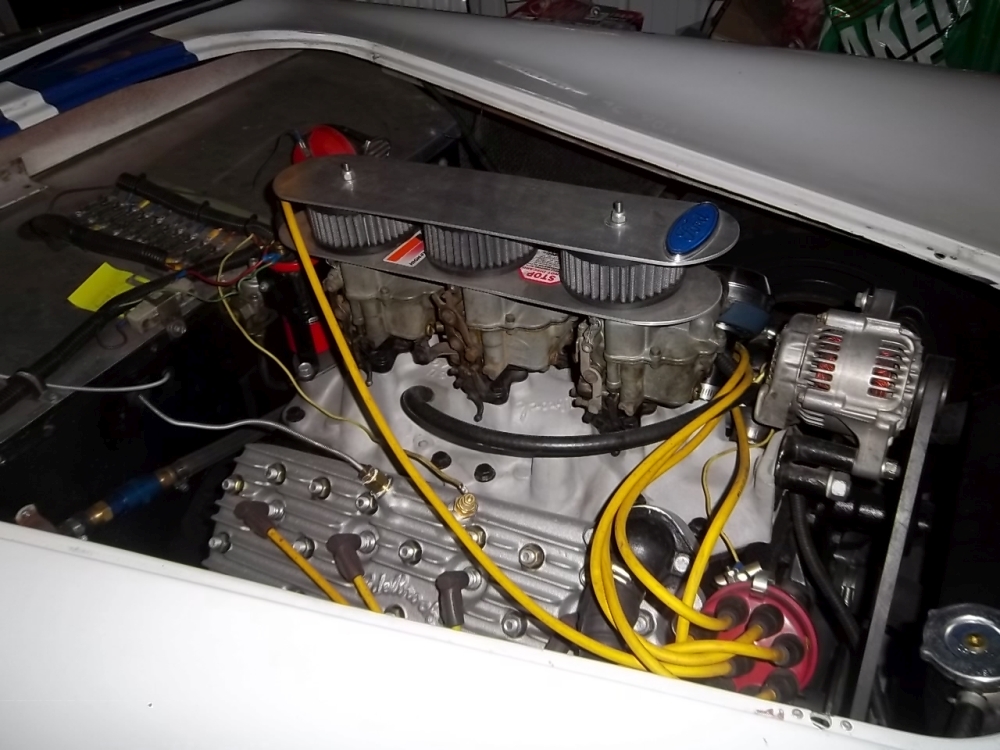 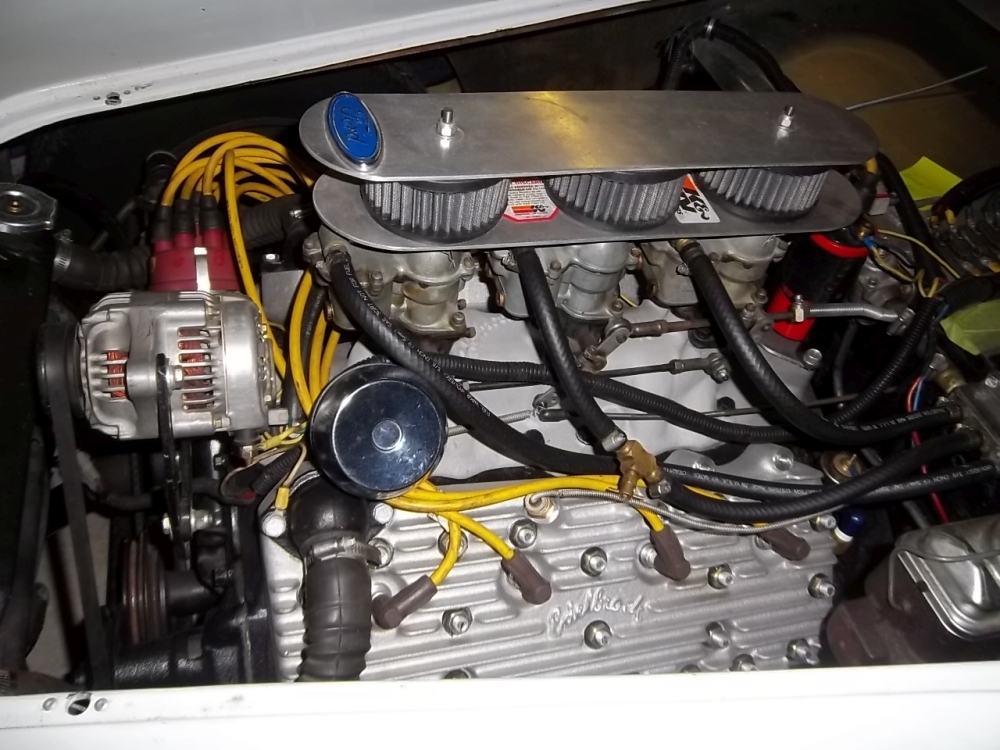 So how many more “Californians” or “Atlas” sports cars might there be out there?  What about more history on each of these cars?  Are you interested in learning more about what else we have found that clues us “in” on the history?

Hope you enjoyed the story, and remember…for more information… 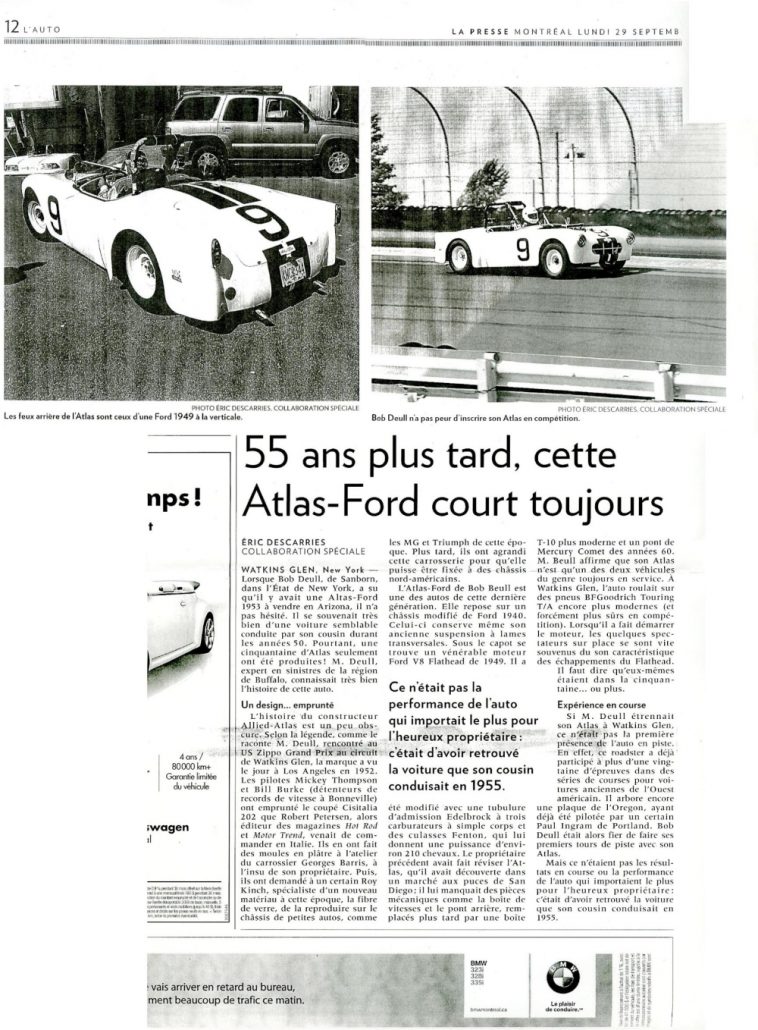