Today I’m honored to share an article by our friend and intrepid “historian-adventurer” Bob Cunningham.  Bob has always had an affinity for small cars and their history and this story includes a car that has been “lost” and perhaps one of you can find.  Let me hand off today’s story to Bob and away we go 🙂 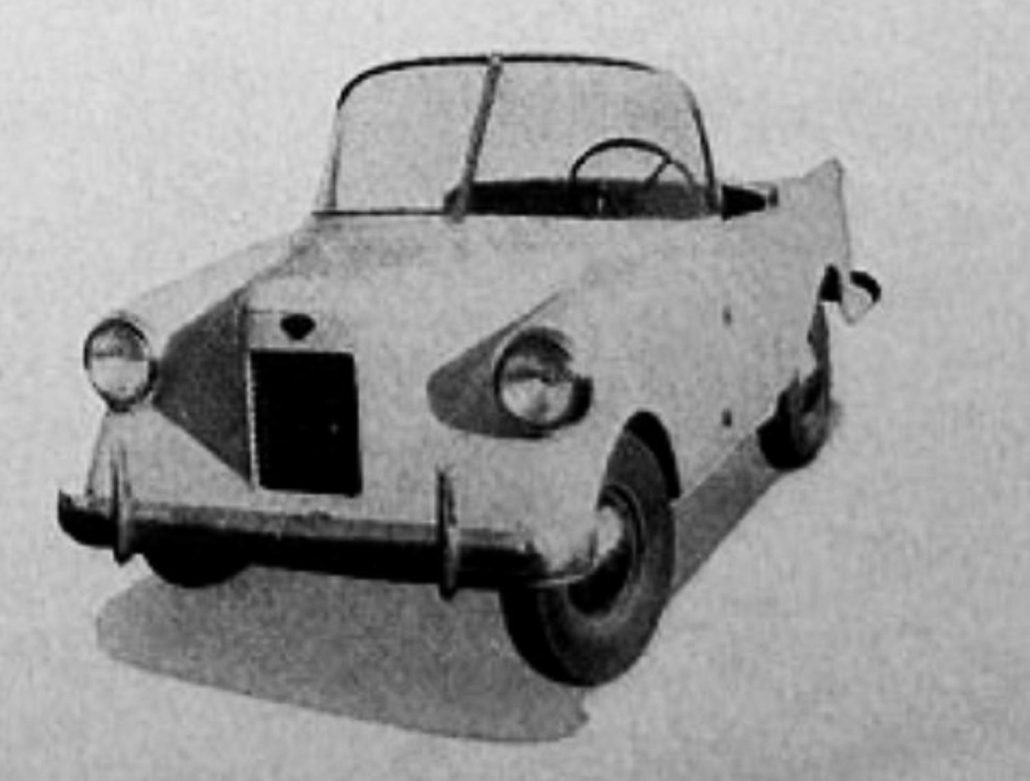 Following Crosley Motor’s 1952 demise, it seemed as if the glut of intrepid entrepreneurs who gave birth to dozens of postwar baby cars was nowhere to be found. Then, Norwegian immigrant Finn S. Hudson stepped forward. Hudson was a mechanical engineer and one of few former Crosley dealers to come up with a viable plan to keep the Crosley dealer network afloat.

In February 1953, he established Small Cars, Inc. in an outlying section of Kansas City, Missouri. His stated purpose was to manufacture and distribute the Panda, a Crosley-based “small utility vehicle” — so described because of the public’s resistance to the term “sports car.” But Hudson’s Panda truly would be a sports roadster powered by the durable Crosley engine. 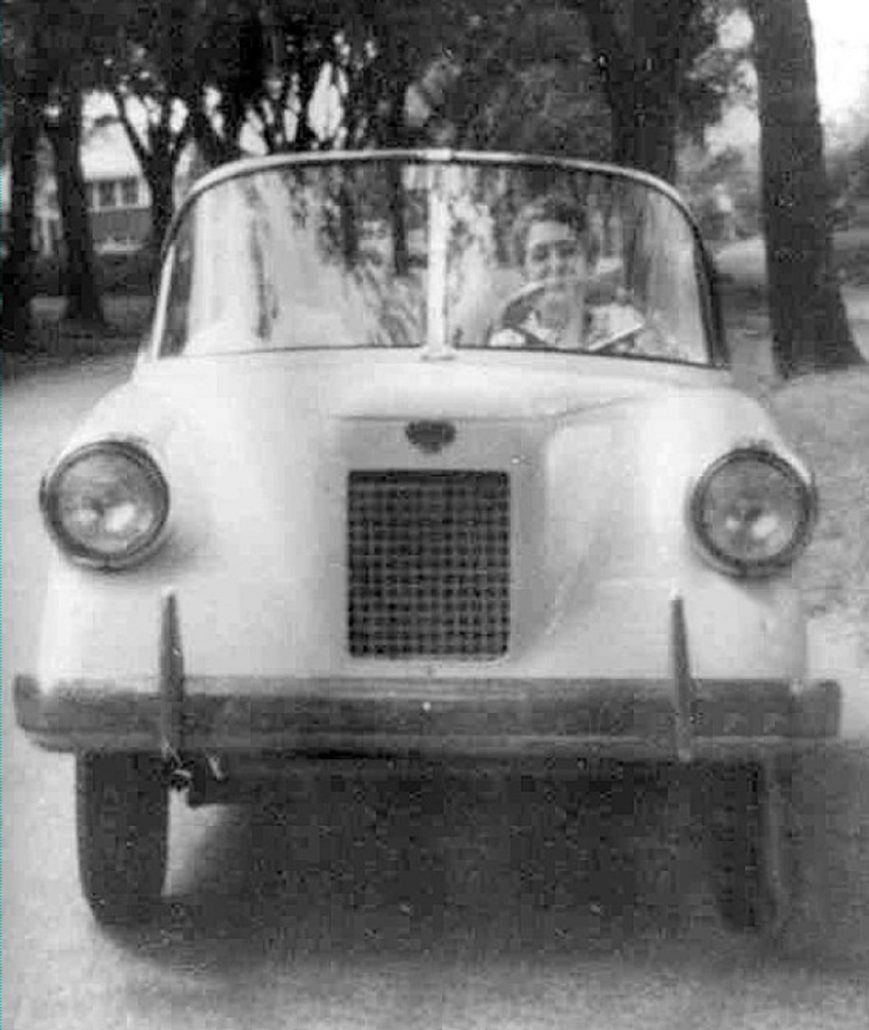 The earliest published illustration of Hudson’s Panda predicted something reminiscent of the “pod cars” created by Henry J. Kaiser’s research team during World War II. The one-piece Panda body would feature low-cut sides similar to the Crosley Hotshot, a rounded rear deck and long, smooth hood interrupted only by bullet-shaped headlights at the corners. Front bumpers would extend rearward to the front wheels and rear bumpers would extend forward across the sides to the cockpit openings. All four wheels would be enveloped, similar to the treatment Nash had employed on its larger cars. 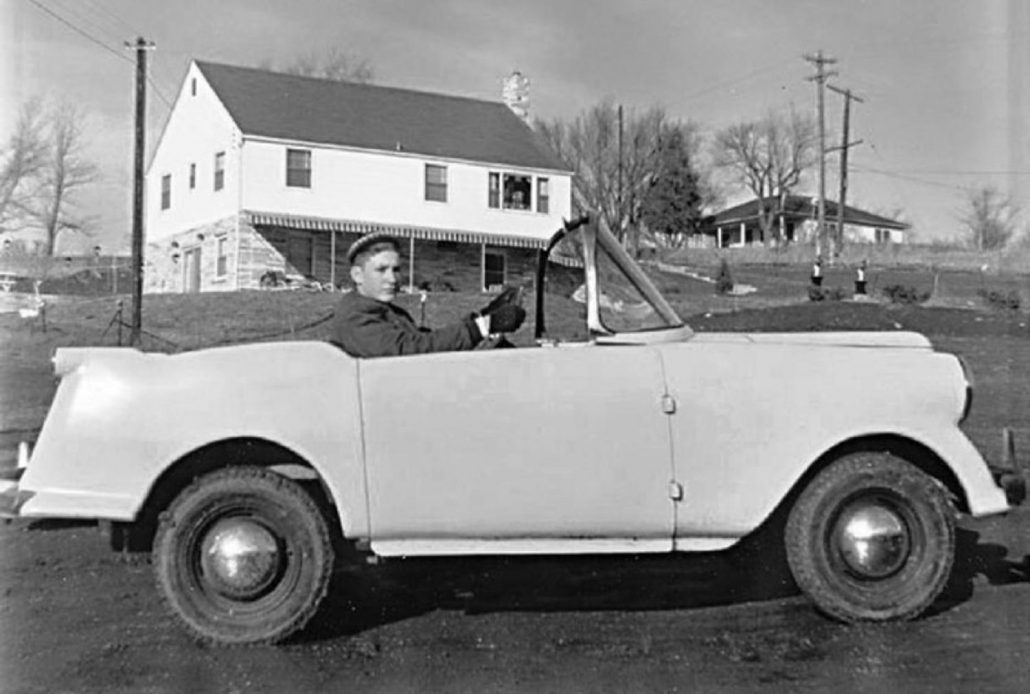 By the autumn of 1954 Hudson had shortened a 1952 Crosley chassis from a wheelbase of 85 inches to just 70 and installed his first fiberglass roadster body. It looked nothing like his futuristic pod proposal. Instead, his dainty, two-passenger Panda design was a throwback to prewar years with a tall louvered grille and two-piece windshield. The only postwar styling treatments were its tail lamps mounted in a pair of modest fins.

Hudson would offer a 2-cylinder, 27-horsepower air-cooled Kohler engine as standard equipment, and the buyer could upgrade to the more powerful Crosley engine. Hudson said the Kohler would push the car to breakneck speeds of 65 miles per hour, and he estimated 75 from the Crosley power plant.  By July 1955, Small Cars, Inc. had taken space in an old building recently occupied by Kiddie-Kar Korporation, Inc., manufacturers of battery-powered carnival and sidewalk cars for children. Kiddie-Kar had already built a dealer network for their products and would have been in an excellent position to handle Panda distribution as well. 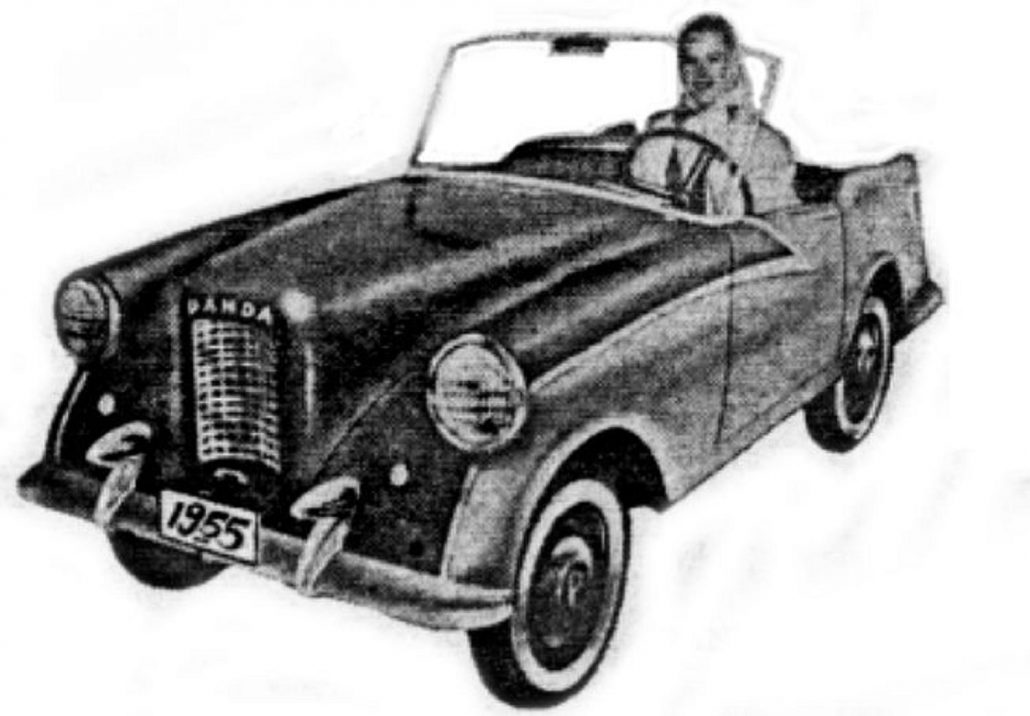 As Panda prototype development continued, Finn Hudson entered negotiations with George Drumm and Ed Herzog — who operated Service Motors, a former Crosley distributor — to purchase their entire Crosley parts inventory. The deal would keep Panda builders occupied for five full months, time enough to manufacture 3,600 of the 10,000 cars Hudson expected to build annually. Drumm and Herzong were receptive to the idea, so Hudson convinced W.C. Boatright, a Kansas City attorney, to back the purchase with nearly $50,000 of his own money.

Later, in an announcement published in MotorLife, Herzog reported twelve pilot Pandas had been assembled and mass production was just a few months away. Prices would range between $1,000 for the base model and $1,500 for the DeLuxe. 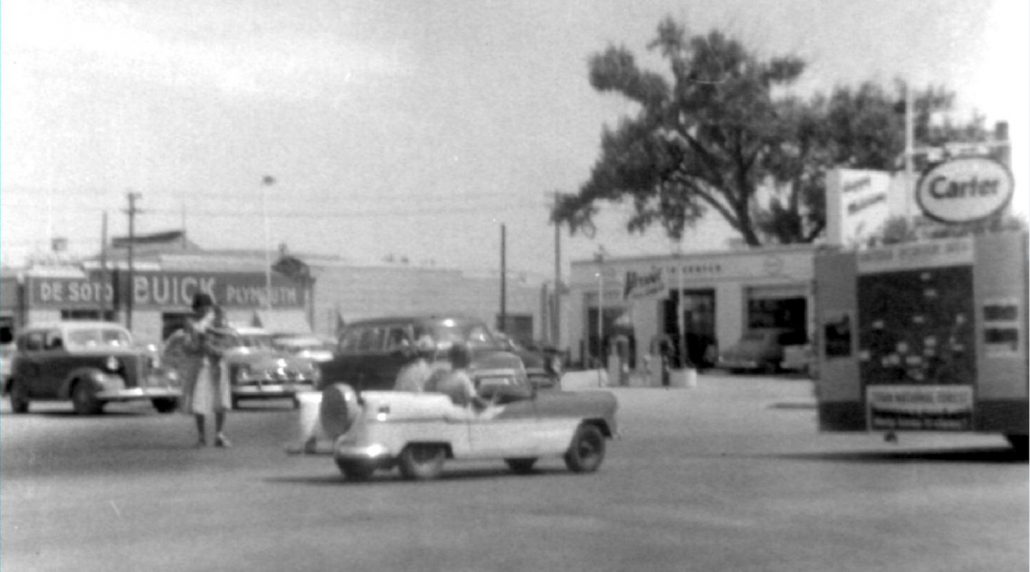 Panda DeLuxe in Kansas City Circa 1955

Unfortunately, the entire Panda program soon unraveled. Early in 1956, officers of Kiddie-Kar Korporation had just completed development of their six-foot-long Futuramatic Jet electric roadster for children and received an order for 1,000 cars from Red Ball Rubber Company. Kiddie Kar announced plans to move to a larger facility to meet the demand, and their vacated space would serve as a temporary city fire station. Frankly, their hands were full had they had little interest in working with Finn Hudson, his dealers or distributors.

Finn Hudson and W.C. Boatwright were left to develop their own dealer and distribution network. Later that year, the gentlemen who designed and carved the Kiddie Kar body mold sued Kiddie Kar Korporation for manufacturing and selling the electric cars without proper authorization. After the $5,000 judgement, nothing more was heard from Kiddie Kar.

Meanwhile, the Finn Hudson’s expenses continued to mount. All of the Panda pilot cars disappeared as Small Cars’ financial debts were settled. Service Motors acquired Hudson’s parts and tooling for the cars with a vague hope of keeping the dream alive. However, when it became obvious that neither Crosleys nor Pandas would ever return, the Panda tooling was sold at scrap metal prices. 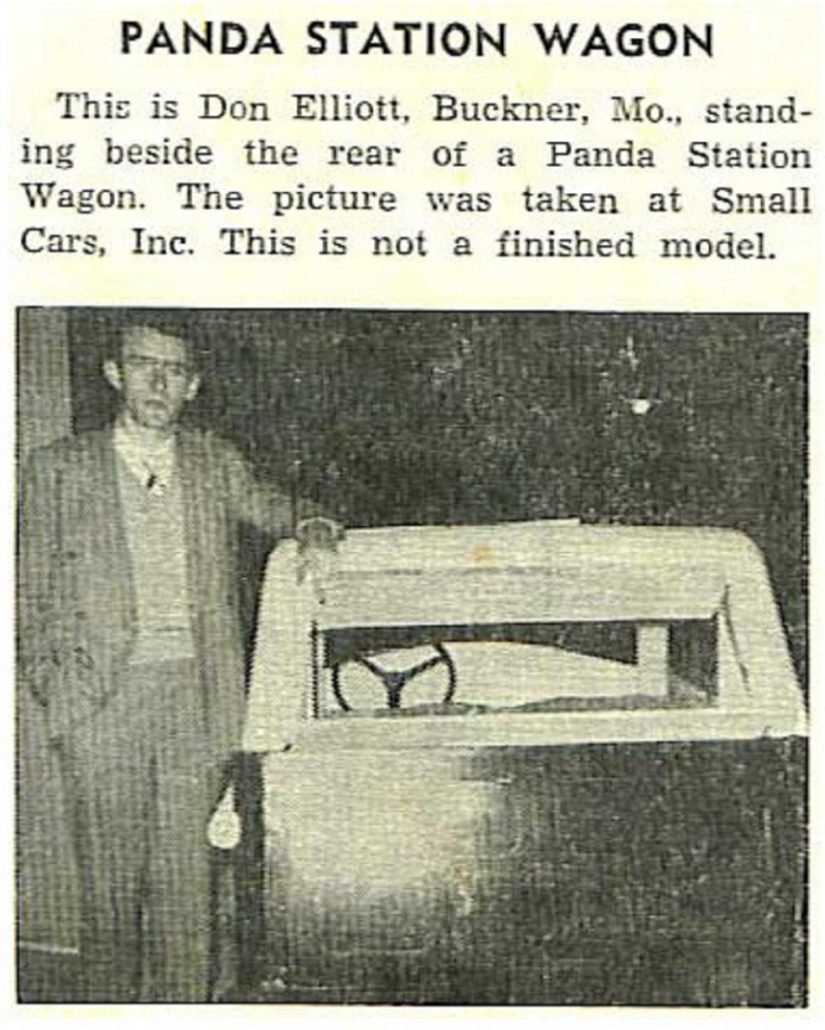 1) Finn Hudson’s son drove a yellow standard Panda roadster to high school. Is it still around?

2) About 15 years ago I acquired a photograph of a two-toned DeLuxe Panda pulling into a filling station in Kansas City in the late 1950s. Is that car still around?

3) W.C. Boatright kept one of the Pandas. Is it still around?

4) Several years ago, the writers of “Glee,” a campy television show about the members of a high school glee club, developed a boyfriend character named Finn Hudson. Was that just a coincidence, or was it a clue to Crosley fans everywhere that the answer is out there, somewhere – and closer than we think?