It’s been awhile since we heard from our friend Nick Whitlow and his research into and restoration of an AMT Piranha.  Last time we checked Nick was working on a Piranha that has since been sold to a new owner.  Today Nick is digging into a newly acquired Piranha – one that is a more complete car to restore.  It’s very exciting project to watch as Nick has begun this process so recently I asked him if he would share an update with us – which he kindly did below.

Thanks to Nick for putting this article together.  Take it away Nick 🙂

It is hard to believe that it has been almost 4 years since I purchased my second AMT Piranha sports car, one of about a dozen cars made with a Cycolac plastic body between 1964 and 1967.  The cars were originally designed and built in the Detroit area by Centaur Engineering for the Marbon Chemicals plastic company under the name “Cycolac Research Vehicles” (CRV).  They built 6 prototypes before selling the rights to build duplicates for sale to the public to the AMT Corporation, which was the biggest model car company in the world at that time. 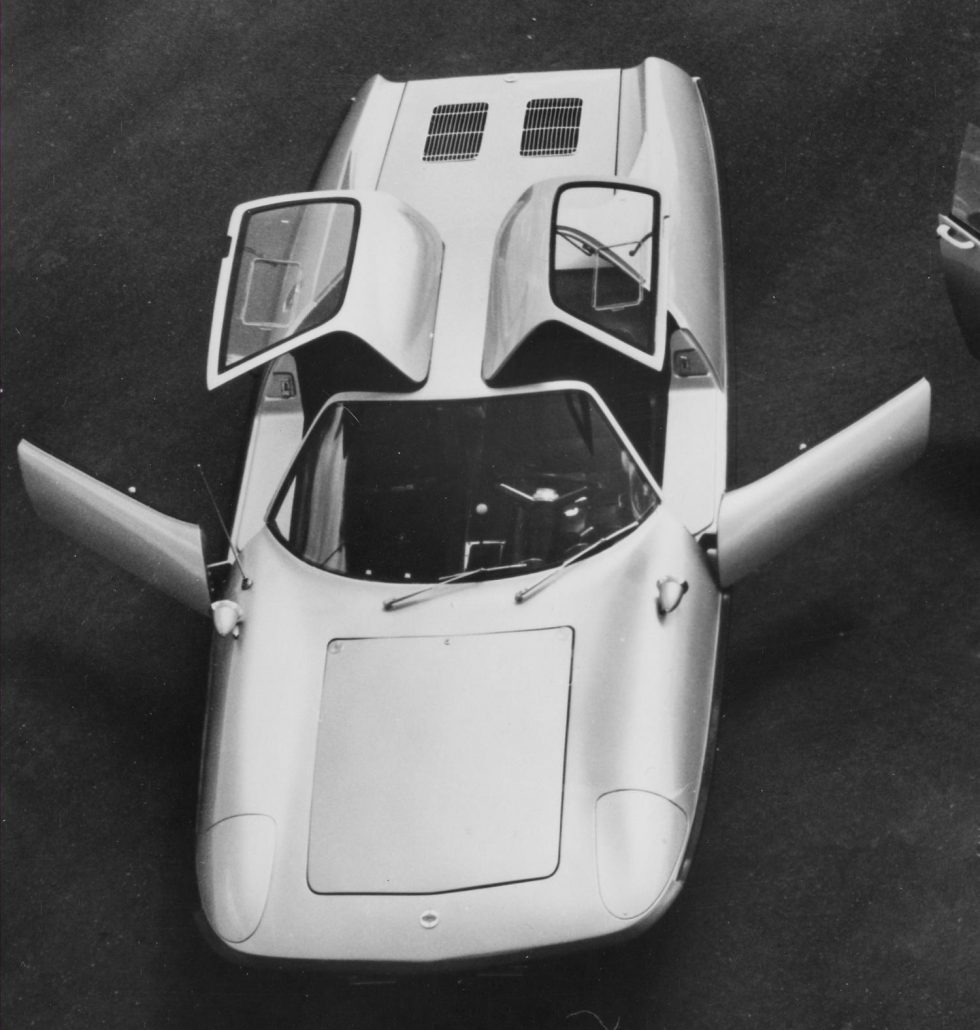 However, hand-building each Corvair-powered car, which AMT had renamed “The Piranha”, was a more expensive proposition than AMT realized, and cancelled their contract with Marbon after constructing 6 or 7 cars of their own.  A dragster version, TV spy car, and sports racer were sold off, and the other cars were returned to Marbon for promotional use.

The first car that I purchased was actually more of a parts car that I hoped I could restore to original.  The fiberglass tub that all the suspension and drivetrain was attached to, had been cut up, and much of the rear suspension was missing, along with brake, steering, and shifting hardware.  I did learn a lot about the construction of the vehicles from that car, but decided it was beyond my capabilities to fix it.  So, I sold it at a slight profit and hope to buy one of the other survivors in better condition. 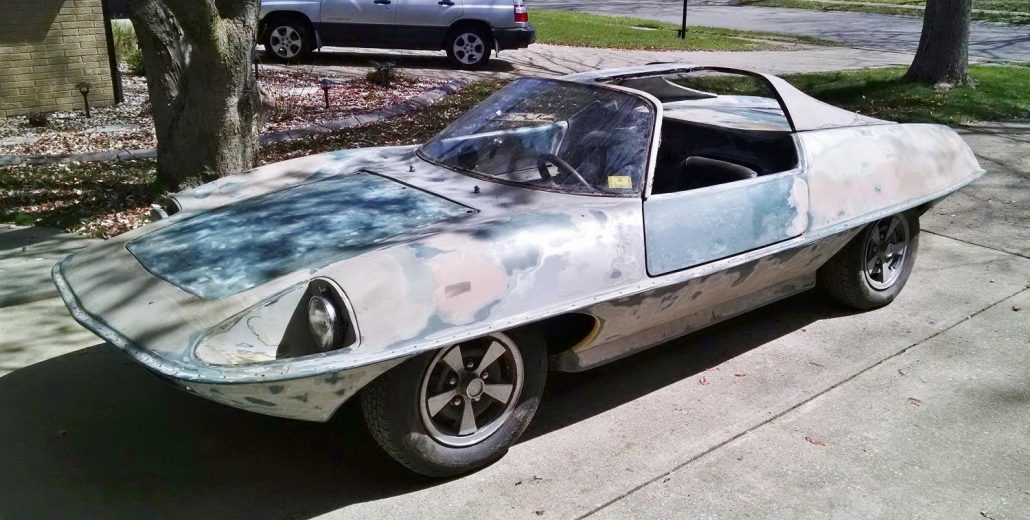 After a couple of years, I struck a deal with the owner of a complete, running car in Pittsburgh, and soon it was sitting in my driveway, stripped of paint.  Most everything was there, but I did not start it because of all the loose and bare wires I saw hanging out of the car.  After a brief clean up, it was off to the Corvair National Convention, where the Piranha was a hit with the “flat six” crowd.  Shortly after that, I started to disassemble the car for restoration. 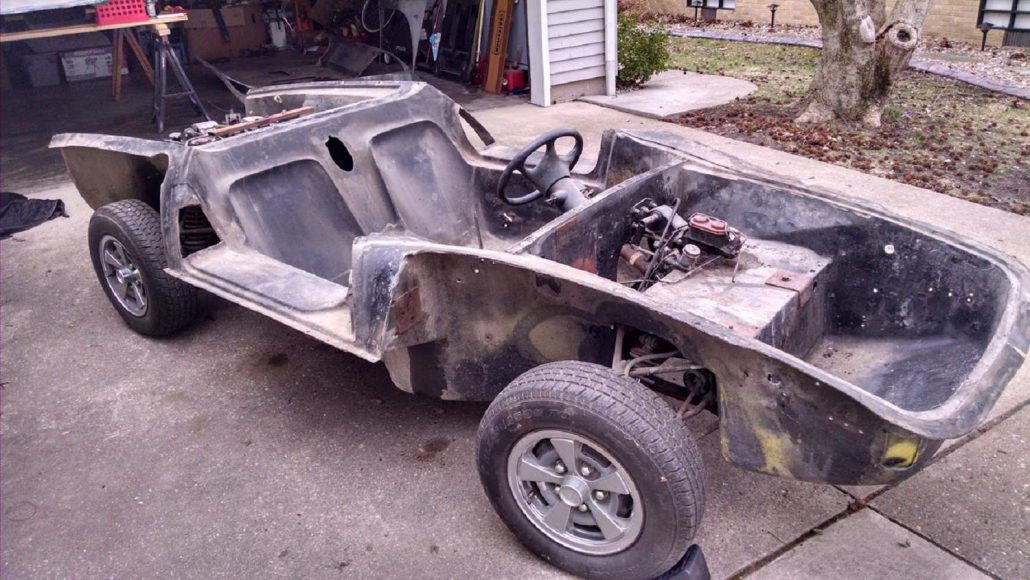 Off came the roof, hood, doors, trunk, and body, as well as the all the crappy wiring, interior, steering, gas tank, and suspension parts.  Soon, out came the Corvair 140 engine and 4-speed transmission.  All the suspension pieces were clean and powder coated gloss black, and the rod ends, bushings, and bearings were replaced with new parts, thanks to my years of researching the cars. 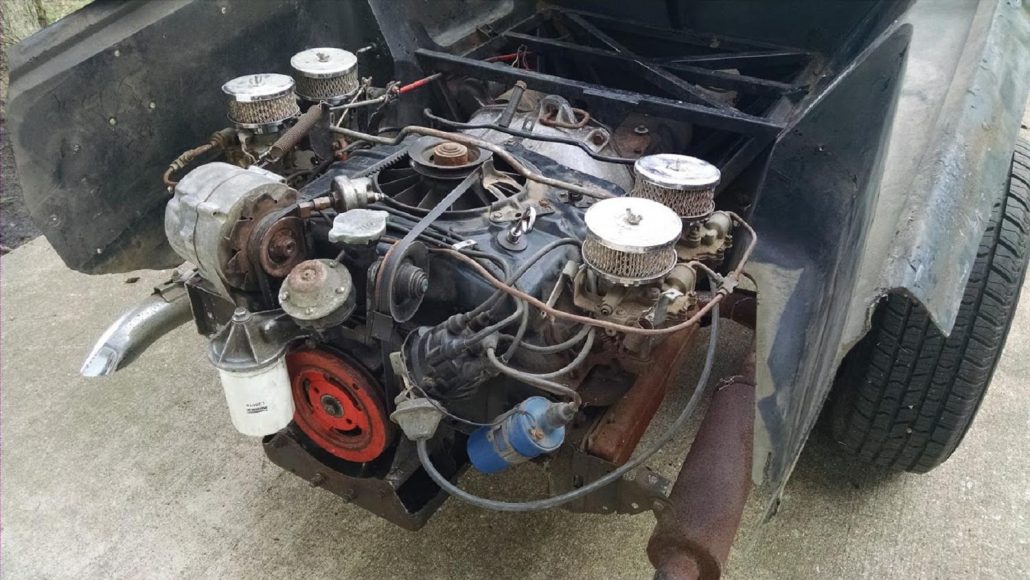 Various holes and cracks were repaired on the fiberglass tub, and it was soon painted a satin black.  New rear brake cylinders and a master brake cylinder were purchased, and the front disc brake calipers, hydraulic clutch & slave cylinder, and disc brake proportioning valve (from a 1965 Mustang) were all rebuilt.  A customizable wiring harness was also purchased from Painless Wiring for the rear engine car. 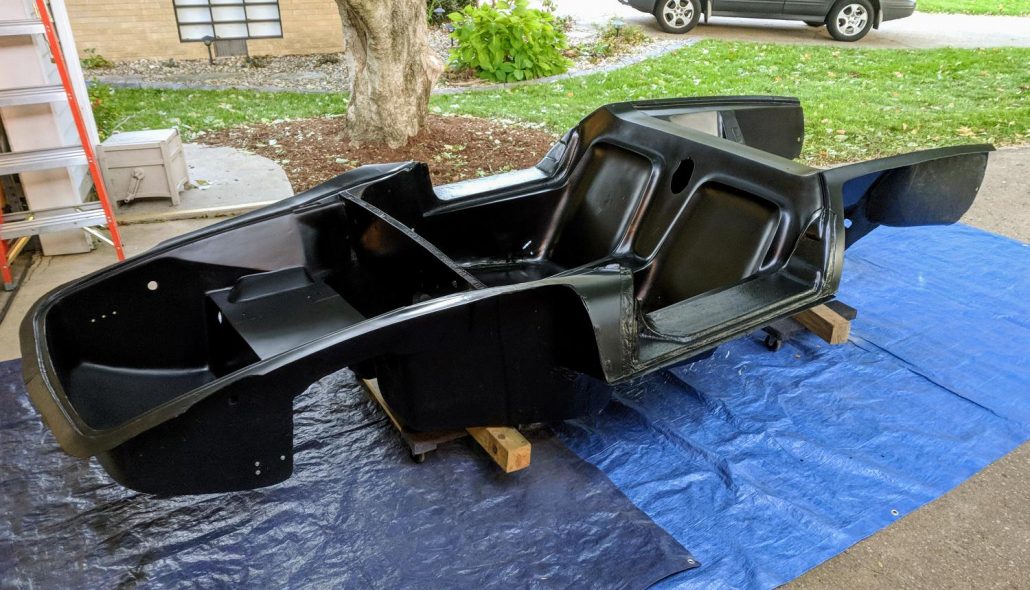 Thanks to eBay, I have been able to find replacement parts for broken VDO gauges, and other hard to find parts for the restoration.  The engine will soon be going to the shop for a rebuild, and then be reinstalled in the rear.  Sometime, during the car’s lifetime, someone replaced the round headlights with rectangular ones, which were later switched back to round units, leaving the headlight buckets a mess of bondo and pieces of aluminum. 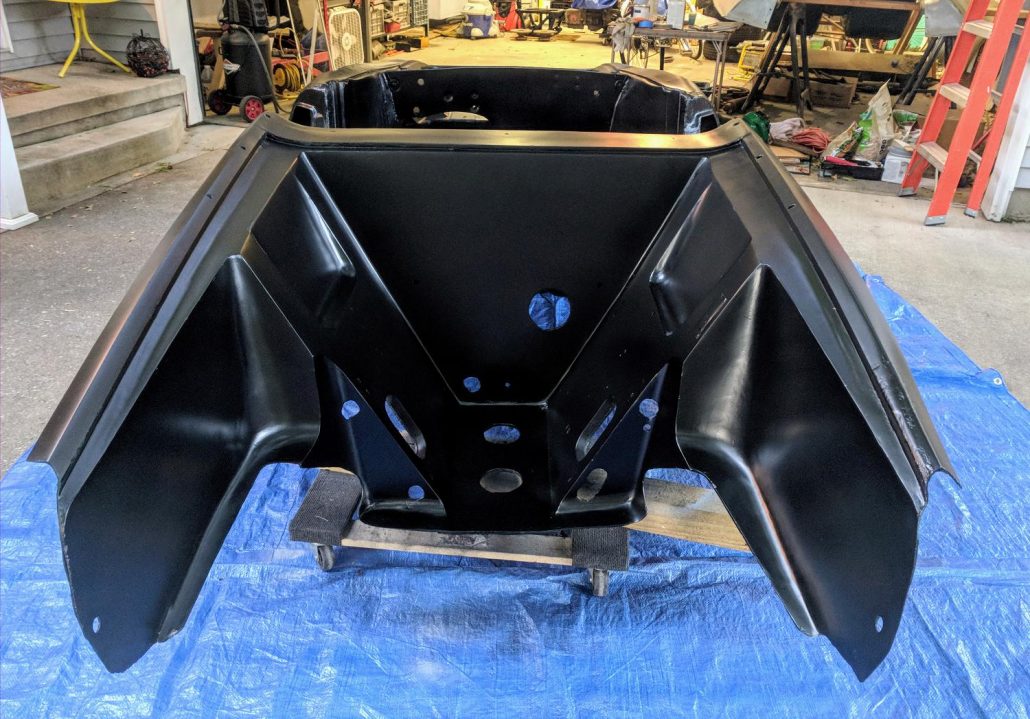 It may not seem like I have accomplished a lot on my AMT Piranha, but I have learned a lot about over the years, and proud of the work I have done.  I have been researching these vehicles for over 15 years and have published a book about them titled “The ALL-PLASTIC Car” (see image of book cover at end of this story).  It documents their history and the history of other plastic cars built later by Marbon Chemical.  Copies are available on eBay. 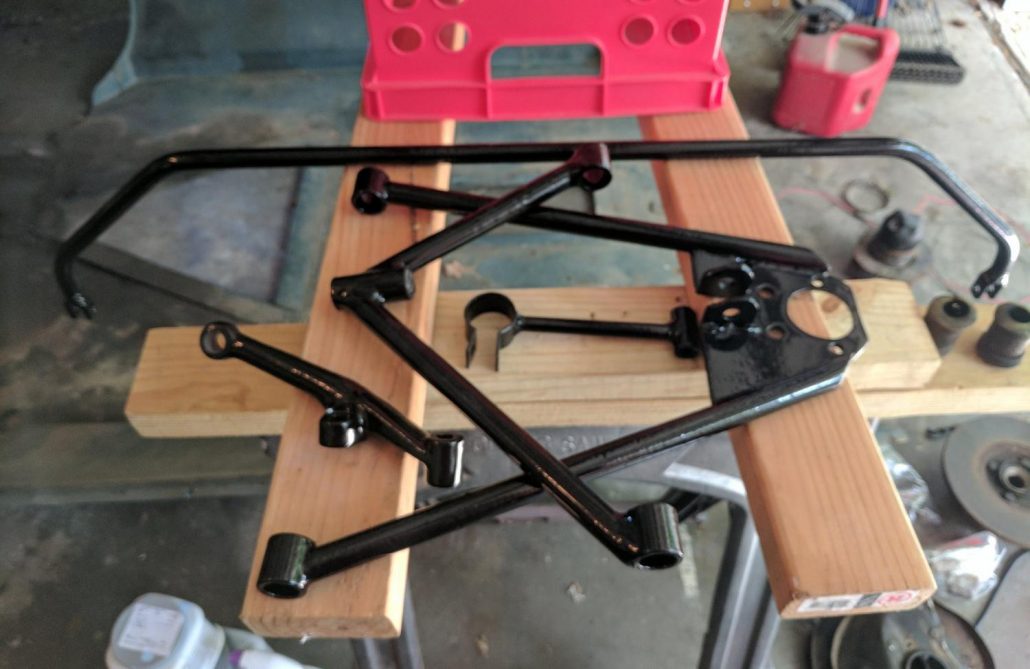 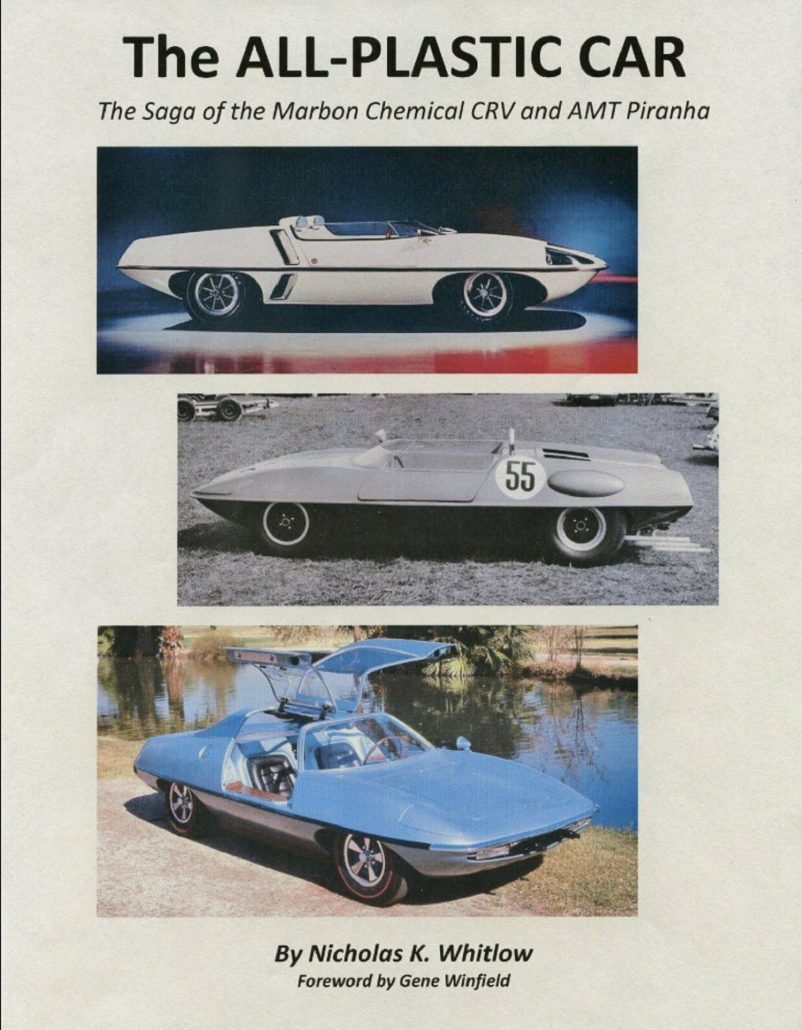 Great thanks to Nick Whitlow for bringing us up to date on the restoration of his car and its history too.  These are such nicely designed cars for the era and have the modern streamlined look which sets them apart.  Be sure to check out Nick’s website on history of the AMT Piranha and CRV by clicking on the link below: