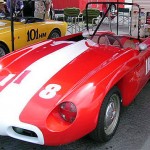 Here’s a Beautifully Restored Devin Panhard at a Recent Vintage Race Event Out West. What a Beautiful Car This Is In Every Way.

Did you know we have over 100 stories about vintage “Forgotten Fiberglass” cars on our website now?  We are just over a year old, and have published (with great assistance and help from many of you) 115 stories totalling over 200,000 words on our favorite subject.

That’s a lot of reading that all of you have done out there.

But….if you happen to be one of those folks who may have missed a story or two, Rick D’Louhy and I have added a new feature today that will help.  At the top of each page in the “Menu Bar” is now a link titled “Story Archive.”  When you click on this link, it brings you to a page showing all 115 stories (116 stories with the publication of this tome) so you can easily find what you are looking for – or might have missed.  Here’s the link to visit this page directly:

We hope you’ll find this a helpful addition to our website, but now….it’s time to start talking “Devin.”

Bill Devin is primarily known for his attractive 2-seater sports car from the late 1950’s and 60’s.  It is pictured in the brochure in today’s story, and was one of the most – if not most – successful sports car bodies used by racers across America. 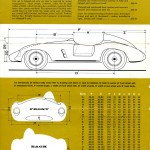 Devin Included Copious Amounts of Information About The Design of His Cars and The Models Available. Be Sure to Checkout the Close-ups of The Brochure Images – in the Gallery of Pictures Below.

One of the best articles on Devin’s history is in Automobile Quarterly, Fall 1985, Volume 23, No. 3.  Great thanks to noted author, Harold Pace, for this reference.  All Devin Devotees should have a copy of this book in their collection.  It’s an excellent review of Bill Devin’s complete history, so off you go to Ebay – after reading today’s article on our Forgotten Fiberglass website, of course, first. 🙂

As many of you know, Bill Devin was primarily known for two of his cars:  the Devin Panhard, and his later wildly famous Devin Sports Car.  Let’s review both of these cars.

Bill was first known for creating a car called the Devin Panhard.  This started in 1954 when he bought out a Panhard distributor, getting 10 chassis in the deal.  He then took a fiberglass “splash” (a quick mold typically taken off an existing car) off an early 1950’s French Deutsch-Bonnet, made minor changes, and used it for his newly acquired Panhard chassis’.  Devin also extensively race prepared engines for these cars, and they were real race cars – not sports cars / race cars as we have come to think of cars associated with Devin.

The “Devin-Panhard” debuted to the public in 1954.  In the late 1950’s, Bill went on to create his own sports car – available in completed or kit form – called the Devin SS.  This was very successful but was produced in limited numbers.  But the Devin SS story is for another day.  Today’s story is on the Devin Sports Car kit that you could purchase and then build a sports car yourself. 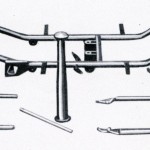 Devin Also Designed a Tube Frame With Full Length Side Rails For Purchase. It Weighed Just 100 lbs – According to the Brochure.

In approximately 1956, Bill Devin was impressed with a car that a friend of his owned – an Italian Fiat-based Ermini – a very small sports / race car.  It was a scaled-down version of the Scaglietti built single-seater Ferrari – converted to a two-seater sports car.  Bill took a “splash” mold off his friend’s Ermini and had the beginnings of his sports car company.  By 1957 he had moved to Lancaster California, and began producing the Devin bodies and kits.  Bill Devin’s sports car body was available in 8 sizes for frames with a 40 to 52 inch track and 82 to 94 inch wheelbase.  Later, the number of available sizes increased to 27.

The brochure featured in today’s story is a later brochure.

This brochure is a 4 page fold-out which was professionally done in every way.  One full page is dedicated to explaining how you can conceive and build your own car – and this was just the brochure!  Devin provided a great deal more in terms of instructions once you purchased a kit.

The price for a Devin body was still very cheap as shown in this brochure – “$295 for the standard body in any size.  This is a one-piece shell without hood, deck, or door openings.”

I’ve included full scans of each page of the Devin brochure below, and close-ups of each of the pictures too that appear in the brochure.  I hope these images will allow you to appreciate the skill and professionalism that Bill Devin put into the production of each of his cars and kits. 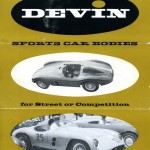 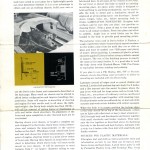 Devin Included Copious Amounts of Information About The Designs of His Cars and The Models Available. Be Sure to Checkout the Close-ups of The Images on This Page – in the Gallery of Pictures Below. 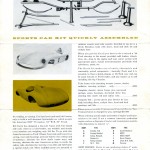 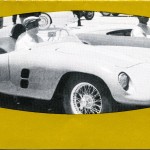 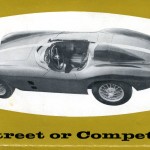 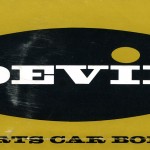 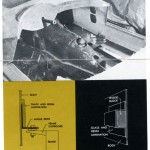 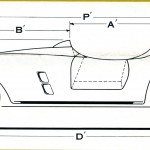 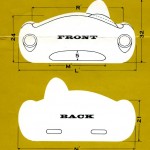 Devin Also Designed a Tube Frame With Full Length Side Rails For Purchase. It Weighed Just 100 lbs – According to the Brochure! 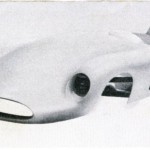 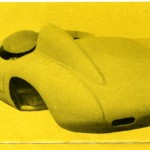 Here’s a Beautifully Restored Devin Panhard at a Recent Vintage Race Event Out West. What a Beautiful Car This Is In Every Way. 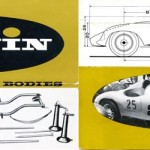