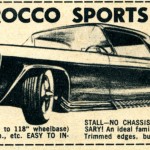 “Treat yourself to the terrific pride, prestige and satisfaction of owning and driving a high-spirited, Custom El-Morocco sports car.  You will experience a new concept of driving…a new way of life!”

That’s the summary shown on the Almquist El Morocco brochure from 1959 and who wouldn’t be interested in such a car.  If that’s what it’s like – I want to buy two!  And perhaps you will too once you review today’s story.

I first heard of it directly from Ed and Marion Almquist.  Rick D’Louhy and I were on one of our epic adventures across the nation – surprising legendary fiberglass builders and designers with visits – from coast to coast (be careful out there gang…Rick and I could show up at any time.  And thanks to those of you who sent us your addresses and phone numbers that make this possible…we could be at your doorstep soon….*wink*). 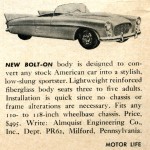 This Announcement Appeared in the August 1960 Issue of Motor Life. You can see the Victress S4 Heritage in the Side Lines of the Car.

This time we arrived in Milford Pennsylvania at the invitation of Ed Almquist and his wife Marion – some of the nicest folks you’ll ever meet.  And on top of this – it was New Years Eve, 2008.  They welcomed us into their home as if we were long-lost family.

What was this car?  Who designed it?  How many were sold?  Many questions popped into my mind.  Ed was ready to oblige with answers – not bad for a guy who was about 85 years old back in 2008.  Ed believed that the design would have been something created and/or modified by Harry Heim – his “go to” guy and chief engineer for fiberglass design and construction.  Interesting….   Ed also shared that they produced perhaps 3-5 bodies and then destroyed the mold.  It wasn’t a big seller for them.  Too bad, because it would be a neat car to own today. 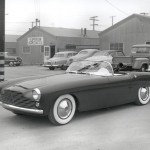 Back in March 2007, Amelia Island Concours d’Elegance was about to feature their first class of vintage fiberglass sports cars.  In preparation for this event, fiberglass luminaries such as Merrill Powell from Victress (and his wife Gerianne), Joan Dawes from LaDawri (and her daughter Debbi), and Pat Boyce-Smith from Victress (wife of Doc Boyce-Smith) all enthusiastically participated and flew across the country to be at this event.

Merrill and Gerianne stayed with me before Amelia and we had a chance to host a small get-together of fiberglass enthusiasts who were eager to meet them, and this included Marshall Foxworthy and Jon Greuel.  It was a fun night!  And a night of discovery.

As we were reviewing photos and brochures from fiberglass cars across the 1950’s, Merrill noted something that had escaped my youthful attention (I was just getting started researching fiberglass cars with Rick – hence the “youthful” part of this journey).  Merrill noticed that the Victress S4 introduced in 1954 by Victress had reappeared in two other forms as other cars.  Namely the 1956 US Mark II by the U.S Fiberglass Company of Norwood New Jersey, and the 1960 Almquist El Morocco.

Designers do this all the time – borrow from each other on some of the basics of what they like and make some changes to make it their own design.  In the case of the 1956 US Mark II – few changes to the Victress were made.  However, Almquist did significantly better and changed quite a bit of the detail – but the basic side lines of the Victress S4 body are still there.  So the Victress S4 – a car that was not made in large quantities (about 25 Victress bodies were produced – less than half of that again when LaDawri bought Victress and renamed the S4 the “Cavalier”) lived on in spirit in two other cars – albeit not too much given the low production numbers of both companies. 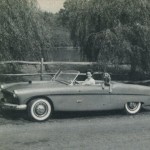 This is a Picture of the U.S. Mark II Made by U.S. Fiberglass of Norwood, New Jersey. This Picture Appeared in the February 1956 Issue of Ford Times.

Here are some of the notable points discussed in the El Morocco brochure.  It opens with the following text: 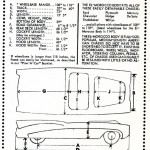 In the “Dimensions” box of the brochure, some of the key information is as follows:

The most important point as stated in the brochure is the following:

“The El-Morocco body is (designed for the ) full-size, popular, medium length American chassis.  The chassis does not have to be shortened to accept it.  Existing floorboard, wheel wells, radiator, steering column, pedals, etc of chassis used can usually be retained with little or no alternation.” 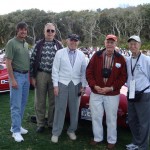 This is important because, in 1954, Victress was trying to expand their market and lessen the amount of work needed to build a sports car.  If they could design a car that fit on an existing chassis, then the interested auto enthusiast might be able to reduce their cost and build their sports car even more easily than if they were to choose a typical body built for a 100” wheelbase.  It’s true – they could buy a Mameco or other frame pre-built for their car.  But this would increase costs and make shipment more difficult too.

It was an interesting innovation from Victress to truly accelerate sales – but as noted above, sales still lagged behind expectations.

Note: The 1952 Maverick was designed for a 127” Cadillac wheelbase which would have been the original chassis wheelbase and unmodified.  But this was an expensive proposition because it was “Cadillac”, and most if not all Maverick’s sold were built at their Mountain View factory by Sterling Gladwin and his organization: Maverick Motors.

How Many Other El Morocco’s Are Out There?  Let Me Count the Ways…

There’s at least one other car using the “El Morocco” name.  And who wouldn’t?  It’s has a nice “ring” to it.  The story of R. Allender and Company is told on the following websites and may prove interesting reading to you – although not related to today’s Almquist “El Morocco” in any way.  Here are the links: 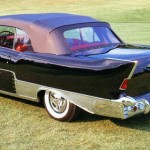 And here’s an excellent review by our good fiberglass friend, Dan Strohl:

Harold Pace, veteran automotive writer and author, wrote about Almquist in Kit Car Magazine, January 2008.  You can review his article online by clicking on the following link:

It’s a great article by Harold, and much thanks must be given to him for his continued support of vintage fiberglass sports cars.

It sure would be fun to find an El Morocco out there.  Rick and I have found a few US Mark II bodies, but no El Moroccos have surfaced.  Perhaps it’s because of the design.  The Victress S4 was new in 1954 – and still fairly new in 1956 when US Fiberglass introduced the US Mark II.  But by 1959, the new Alquist design was perhaps a bit too dated to generate much excitement.

Note: 1/13/2011:   I was reviewing some of my Almquist literature and found the following information on Almquist letterhead:  “All Almquist bodies, except the El Morocco, come to you with separate doors and hood cover.  Mounting “lips” are molded into the door and hood edges, and matching lips molded into the corresponding body openings.  Hinge and latch instructions will be found in the “Plan-A-Car” brochure.  Stationary or roll-up windows may be installed in doors, if desired, or “flap” windows can easily be attached.  The El-Morocco doors and hood cover are not pre-separated, as the larger size of this body makes considerable variation possible in the final size and exact position of these components.  The possibility of warping, on this larger body, is also eliminated by this method, as doors and hood cover need not be cut out until after the body is permanently mounted to the chassis.”

Note: 1/14/2011: During a discussion about the El Morocco with Rick D’Louhy, we surmised that another possibility may exist for how the Victress S4 was used as the basis for the car.  Since the U.S. Fiberglass company went bankrupt around 1956, about 25 bodies were sold after they were disbanded (personal communication, Pat Amendolia 2009 – who purchased the bodies for resale).   Norwood New Jersey is not far from Almquist territory, and a US Mark II body by US Fiberglass may have ended up being used as the basis of the El Morocco without anyone realizing that this same body was based on the Victress S4 lauched in 1954.  The history of these bodies may not have been known – especially if someone was modifying a US Mark II body around 1959 – a full 5 years after Victress launched the Victress S4 and 3 years after US Fiberglass closed their doors.  Just Rick and my thoughts gang…Geoff 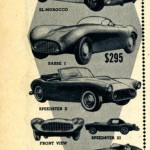 This Announcement Appears in the August 1960 Issue of Motor Life. You can see the Victress S4 Heritage in the Side Lines of the Car. 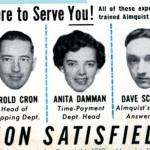 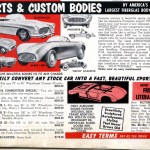 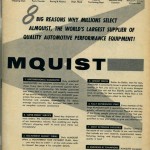 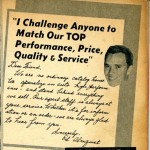 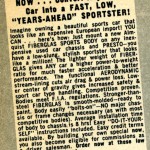 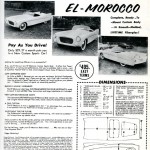 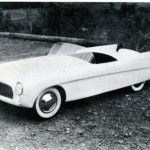 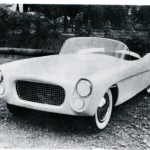 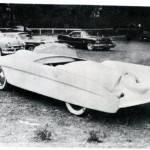 This is a Picture of the U.S. Mark II Made by U.S. Fiberglass of Norwood, New Jersey. This Picture Appears in the February 1956 Issue of Ford Times. 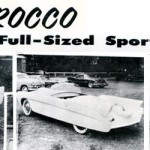