Over a period of many years, I was fortunate to get to know Dick Jones, designer and builder of the Meteor SR-1, quite well.  During our conversations which were across the automobile spectrum, we would talk quite a bit about his Meteor and the source of its design inspiration.  And then he let me in on a secret – one that I hadn’t heard before.  That was, where he drew inspiration from concerning the name of his car and its design.

The name “Meteor” was taken from the 1949 Veritas Meteor he had read about in the early ‘50s – and the side profile styling line too, whereas the front grille and headlight arrangement was inspired by racing Ferraris of the time.  Today we’ll discuss the heritage of the Veritas Meteor, and we’ll review the relationship of Ferrari to the Meteor SR-1 in a future story here on Forgotten Fiberglass.

And by the way…..“Veritas” has special meaning to our “Spohn Coachworks” enthusiasts out there for Spohn made many if not most of the Veritas bodies from ’49 forward.  This relates to the recently auctioned “Spohn Veritas” in Chicago Illinois, and its heritage and history.  Read on to learn more about Veritas and Spohn.

The Veritas is a sporty little car.  As you review the pictures of the Veritas Meteor, you’ll see the side profile / styling line is very similar to the Dick Jones Meteor SR-1.   That is, one unbroken radius / profile line from the headlights to the rear of the car.

This is different from the Byers SR-100 which has a dip in the body behind the doors.  The radius line is more drastic on the Veritas Meteor when compared to the Dick Jones Meteor, but you can see how Dick Jones picked this as a dominant side profile feature of his Meteor SR-1. 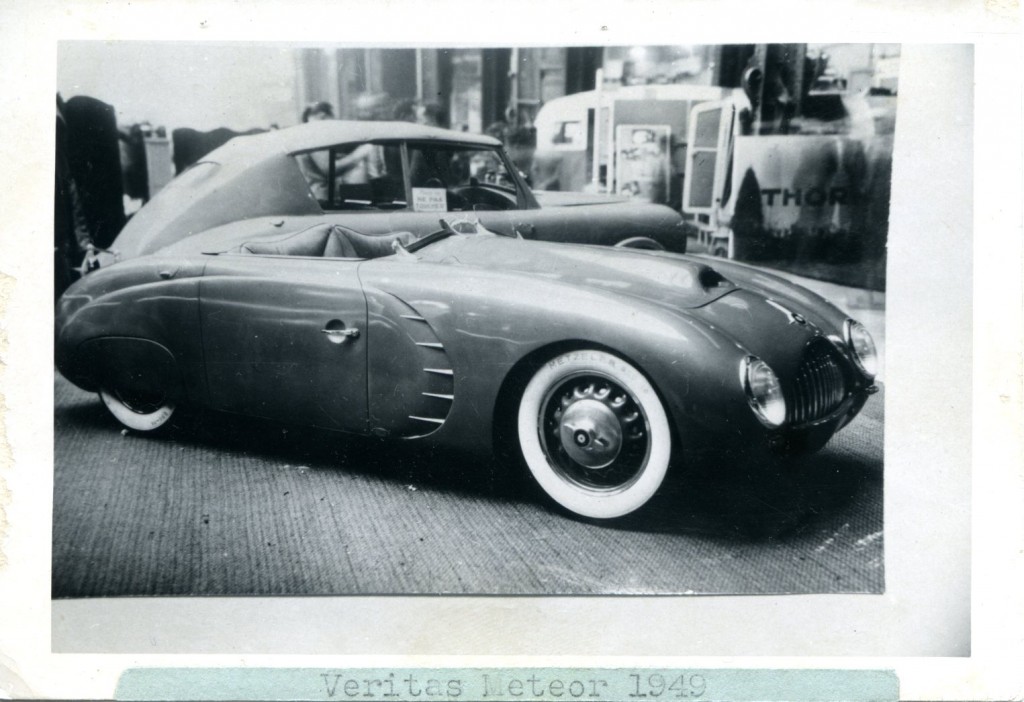 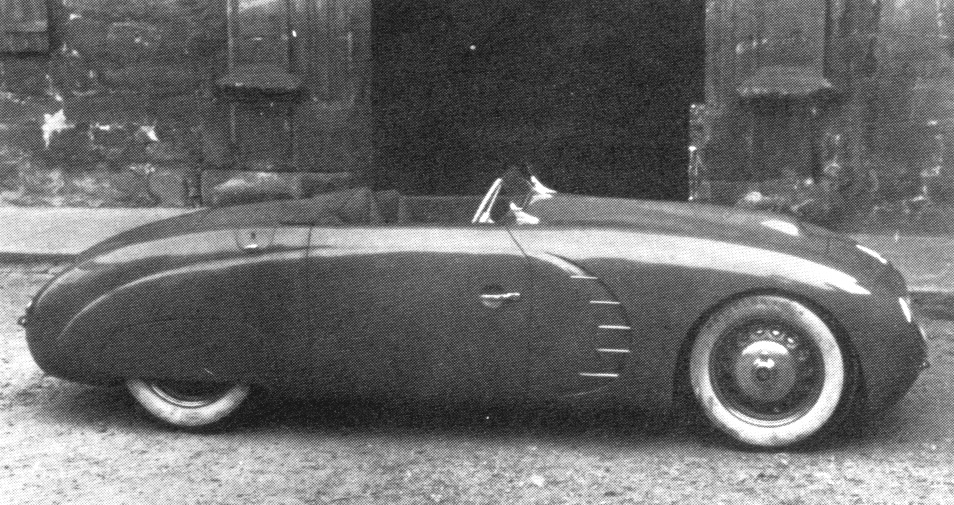 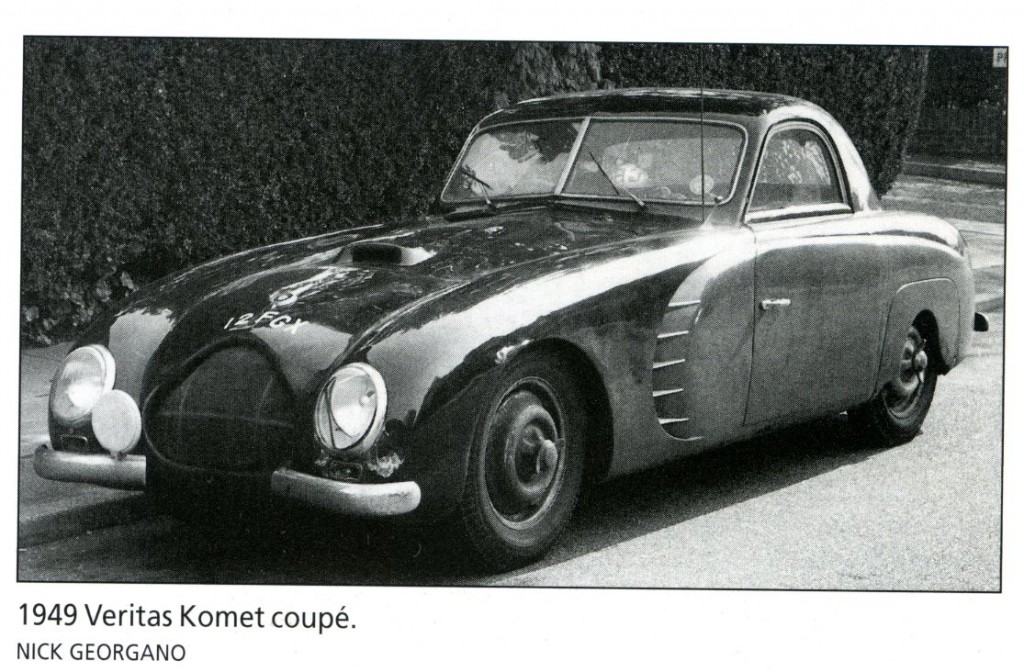 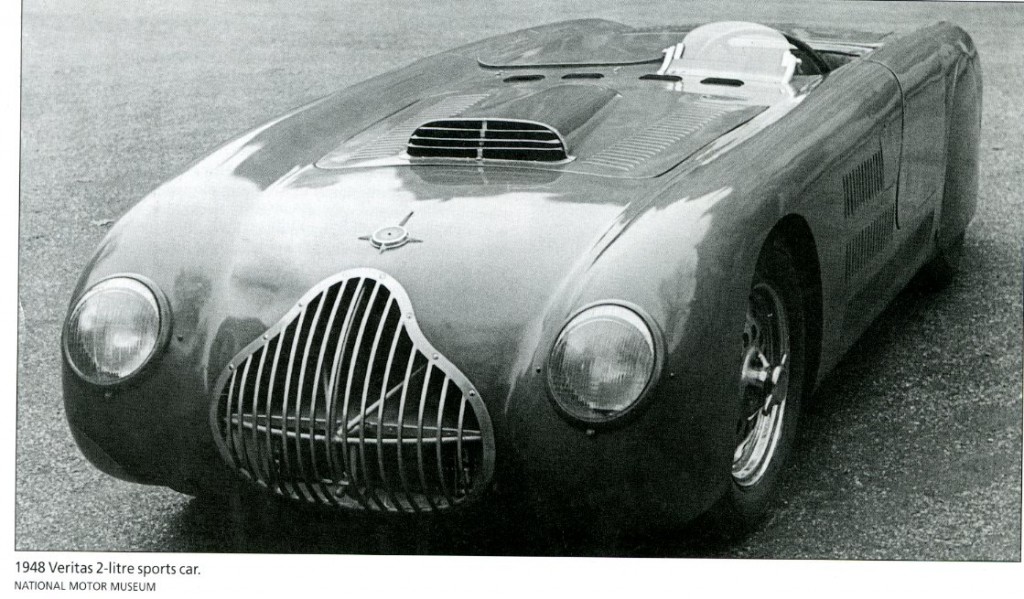 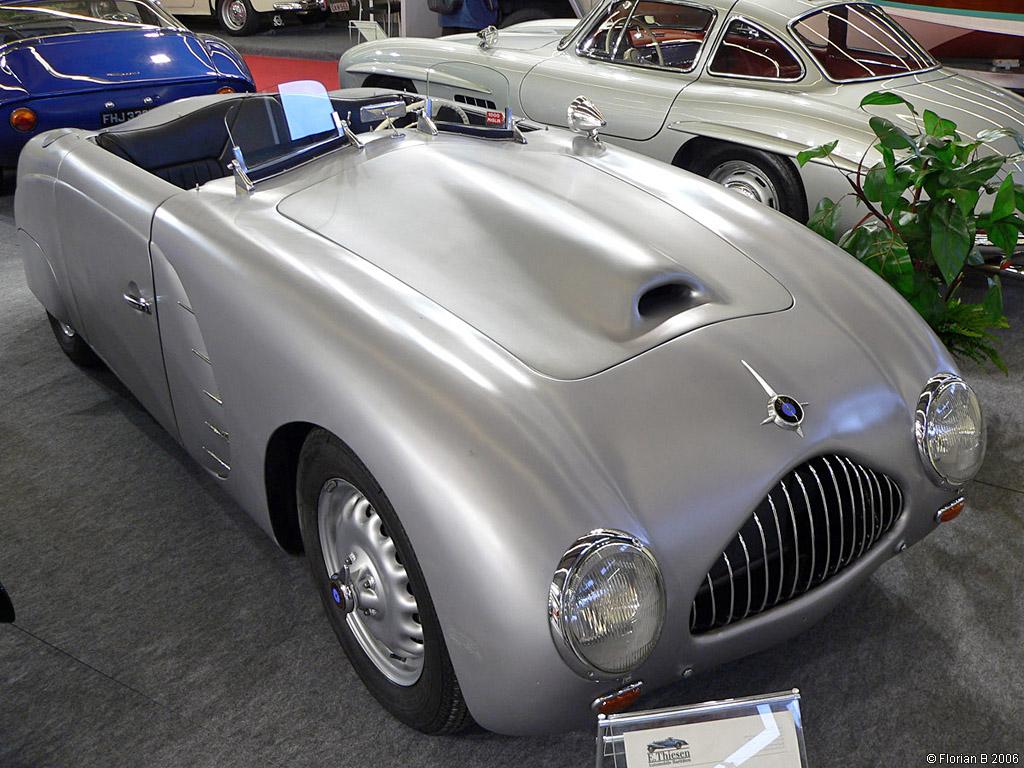 Below are photos of the Dick Jones Meteor SR-1.  This particular example is owned by Dudley Cunningham and it was built on a a Kurtis 500 KK chassis.  Dudley’s Kurtis 500 Meteor SR1 won first place in class at the 2010 Amelia Island Concours d’ Elegance: 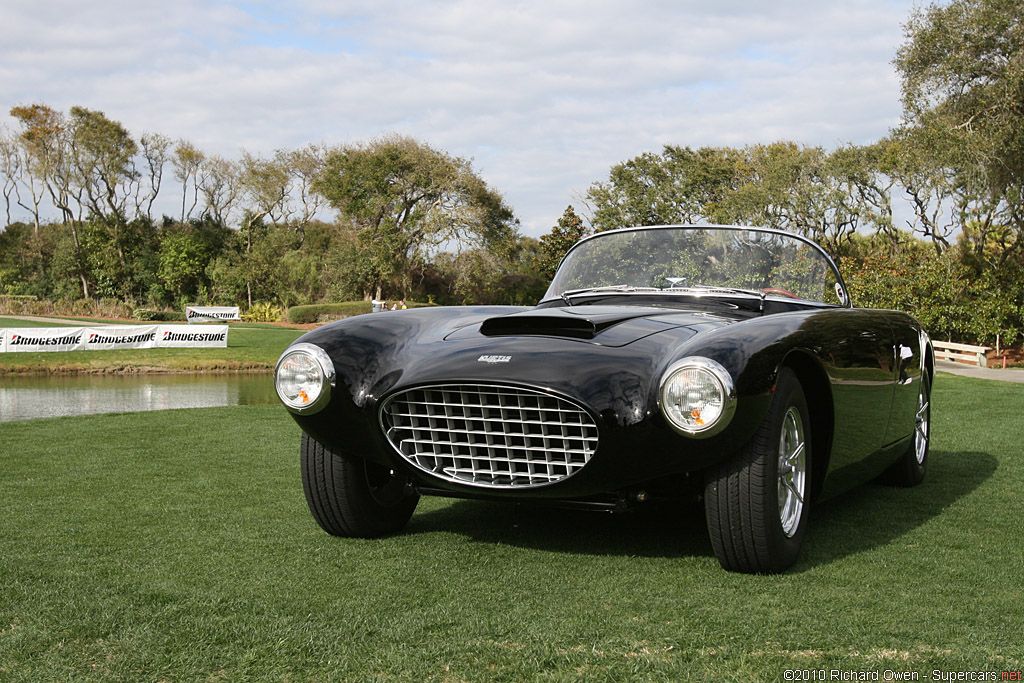 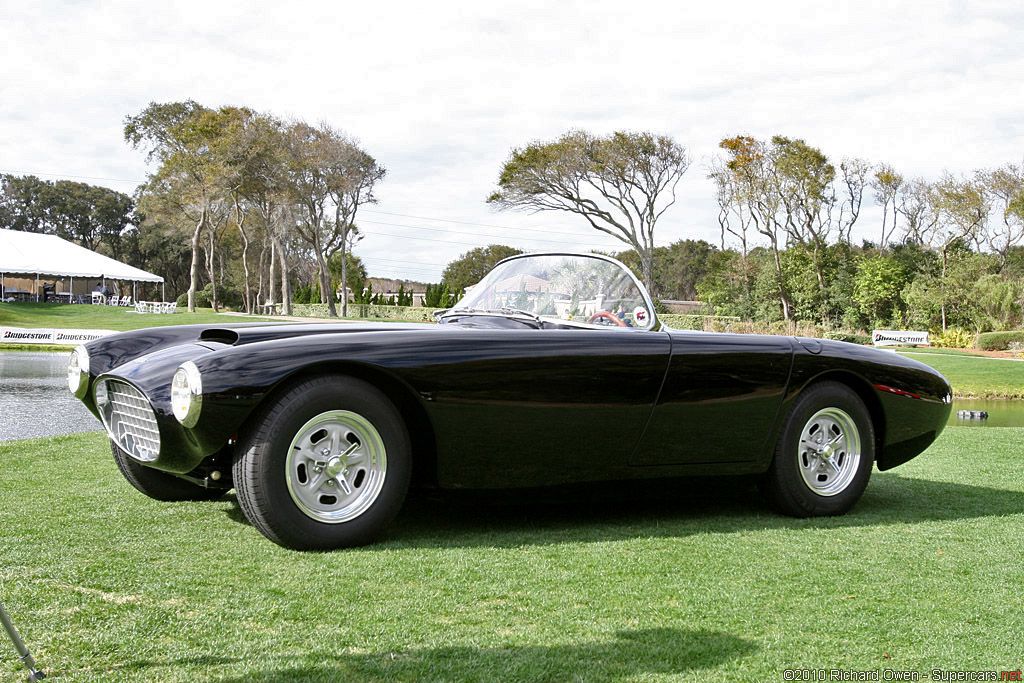 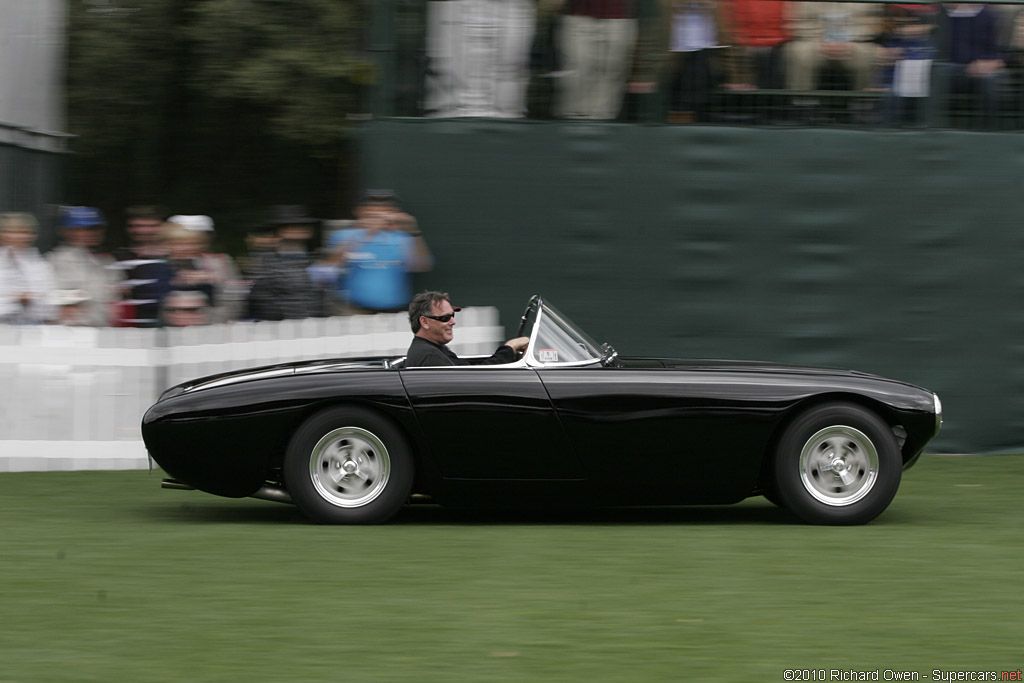 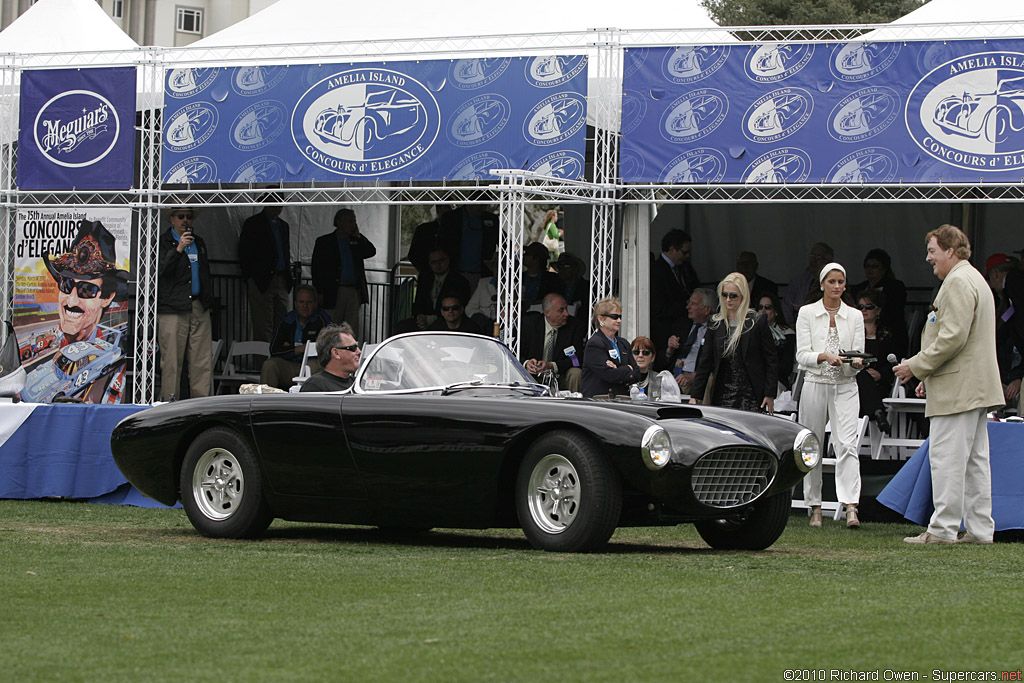 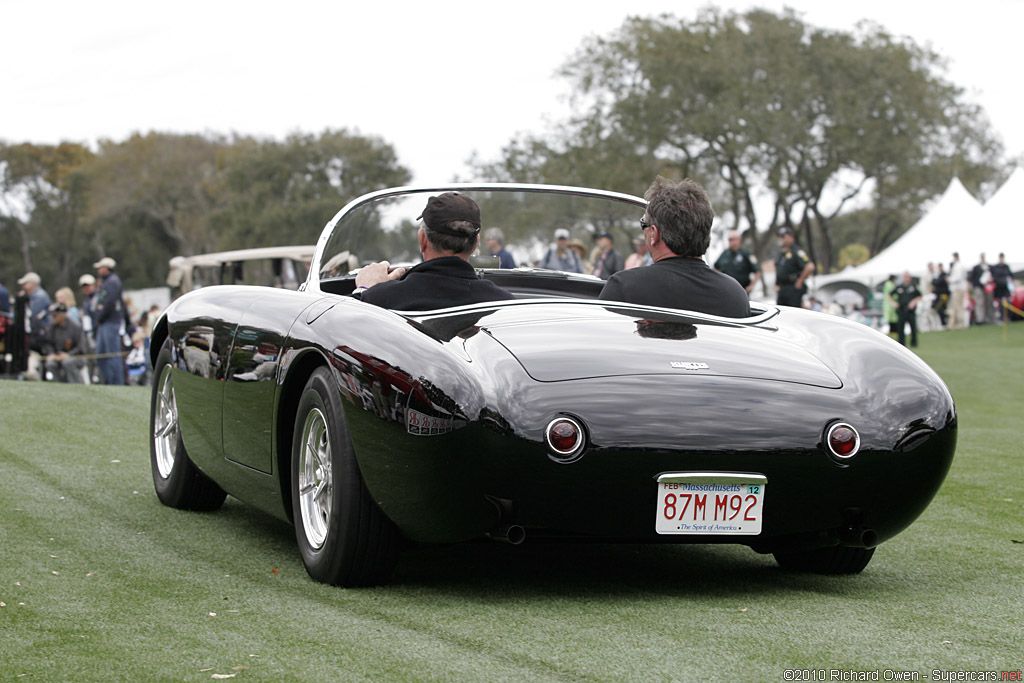 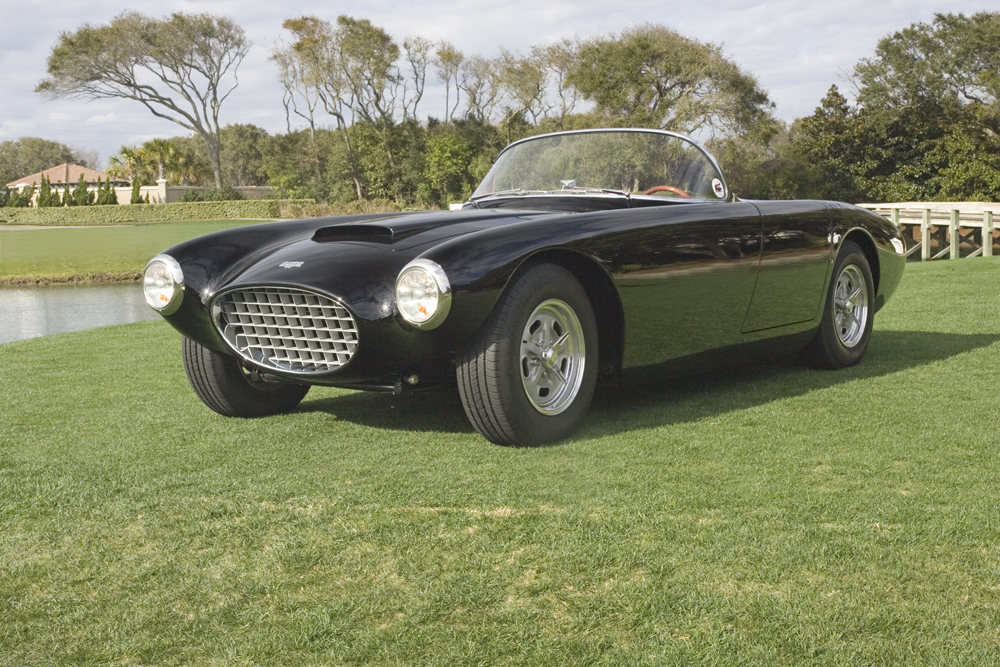 The best short history I found on Veritas is in “The Beaulie Encyclopedia of the Automobile: Volume 2 M-Z” published in 2000.  Veritas has a fascinating history and used great names for their cars such as the Meteor, Komet, Scorpion – and others.  Let’s take a look at what the Beaulie Encyclopedia had to say about Veritas Motorworks.

The Beaulie Encyclopedia of the Automobile (2000)

During the German occupation of Paris, three soldiers with motor sport backgrounds met and planned their ideal sports car for the postwar era.  The were Ernst Loof, who had been a motorcycle champion and manager of BMW’s sports department, George Meirer, winner of the 1939 motorcycle TT, and BMW employee Lorenz Dietrich.

As all three had strong links with BMW, it was natural that they would base their own car on the famous Bavarian make.  There was also the fact that the BMW 328 was the only modest-sized German sports car which they could use, and as the occupying forces would not allow the manufacture of engines over 1-litre capacity, they began by acquiring old 328s and rebuilding them.

In effect, the customer went to the small factory at Hausern, Bavaria, with the engine, gearbox and transmission of a 328, plus DM35,000 and a few weeks later collected his BMW-Veritas, as the cars were originally called.  The engine was completely rebuilt, with a modified cylinder head, larger valves and a newly ground crankshaft, some of these being roller bearing units, while the bodies were slab-sided 2-seaters intended for racing, with a cover over the passenger’s seat.

The first car went to Karl Kling, who won at Hockenheim in the summer of 1947, and went on to become German 2-litre champion that year.  The partners chose the name “Veritas” (Latin for “Truth”) from a French company which tested technical products.

After only a handful of cars had been made, BMW objected to the use of their name on the cars.  Dietrich, who was sales manager of the small firm, was not upset, as he wanted to promote Veritas as a make in its own right.  Finding the American authorities difficult to work with, the company moved to Messkirch in the French zone in March 1948, and by the end of the year they had built 17 Rennsport or RS as the sports/racers were called.

Specifications varied from car to car, with parts bought up all over Germany, wherever they could be found.  The cars became more individual, with tubular space frames, and although engines retained the basic BMW layout with crossover pushrods, some had smaller capacities to bring them within the 1 and ½ litre class.

Racing successes continued in 1948 and 1949, Georg Meier winning the 1948 German single-seater title, and in 1949 Helm Glockler was 1 and ½ litre champion and Kling 2 litre champion.  Veritas cars dominated German racing at the time, and at Nurburgring in 1949, ten out of twelve starters in the 2 litre race were Veritas.

As Veritas was known to be a German make, some of the cars raced in France and Belgium were called “Meteors,” a name also given to the Formula 2 single-seater, which was raced with diminishing success from 1950 to 1952.

Veritas For The Road:

Lorenz Dietrich had always dreamed of making cars in large numbers, which could never be achieved simply with competition machinery, and when he was asked for road-going versions of the Veritas he was only too pleased to comply.  In 1949 he launched the Komet coupe.  This was little more than an RS with a turret-like top grafted on, but later models were more comfortable.

They included the Saturn coupe and Scorpion cabriolet, both with 2+2 seating and three engine options, the 55 bhp BMW 326, the same engine with alloy head, larger valves and twin carburetors (65bhp), and the 80bhp BMW 328.  Also in the range was the Komet sports car, in 100 or 150 bhp forms.  Coachwork came from the well-known firm of Spohn.

During 1949 Veritas moved again, to Meggensturm near Rastatt in Baden, and set up a larger factory with aid from the Baden state government. In recognition of this, the company name was changed to Veritas Badishche Automobilwerke GmbH.  The first cars built at Meggensturm had BMW engines, but most used a new 1988cc single-ohc six designed by Erik Zipprich and built by Heinkel.

This suffered from lack of development, and brought many complaints from customers.  Dietrich returned from the 1950 Geneva Show with 200 orders, but could not get enough credit to buy the necessary components.  The Baden government was unwilling to loan any more, but they persuaded a consortium of Jesuits, an Archbishop and the Prince von Furstenburg to come up with DM500,000.

Unfortunately, Veritas needed three times this amount to fulfill their orders, and an approach to the Federal Government in Bonn was turned down.  Production at Meggensturm virtually came to an end in 1950, but Dietrich had a second string in the shape of Dyna-Panhard, which he fitted with coupe or convertible bodies by Baur of Stuttgart, and sold as the Dyna Veritas.

Dietrich financed this operation out of his own pocket, and sold 184 cars between 1950 and 1952, mostly convertibles.  Whether he made a profit is not known.  The total number of Veritas cars made in all three factories was 78.

Meanwhile Ernst Loof had remained at Messkirch where he concentrated on turning cars for competition.  He than moved to the Nurburgring, where he rented premises that had been the old Auto Union workshops in prewar days.  He set up a new company, Automobilwerke Ernst Loof GmbH, and launced a new line of Veritas cars, still with Heinkel engines but on two wheelbases, with attractive saloon or cabriolet coachwork which was wider than the previous models, still made by Spohn.

Unfortunately he was even more under-capitalized than Dietrich, and could not make a success of his venture.  The number of Veritas-Nurburgrings made is not known, some say as low as six, and the highest estimate is 20.  He ran out of engines while several bodies were complete, so the final cars had Ford or Opel engines.

Loof joined BMW as a development engineer, but built one final car in the Nurburgring works, a 2 seater sports on a BMW 302 chassis which was intended as a rival to Albrech Goertz design for the 507.  However, the Goertz design was chosen.

Loof died of a brain turmor in 1956, but his partners Meier and Dietrich had successful careers in car sales.

Those of you wanting to explore more about Veritas Motorworks will enjoy reviewing the following websites: 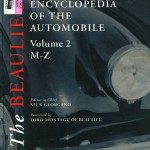 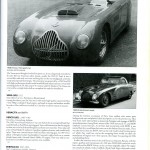 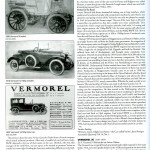 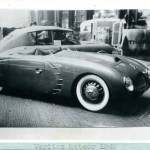 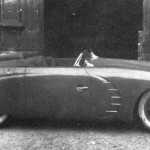 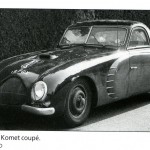 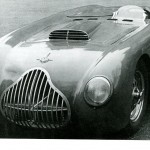 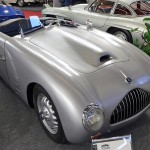 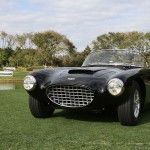 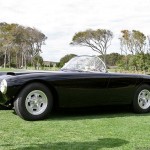 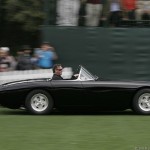 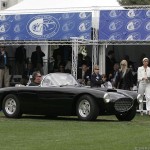 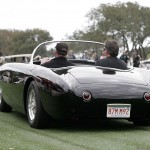 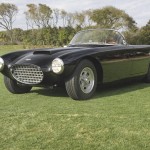 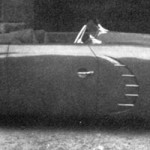