What a great group of folks we have here at Forgotten Fiberglass.  I’m lucky to hear from many of you via comments on the stories and replies via e-mail.  Keep ‘em coming gang!

Today’s story is a result of the keen eyesight of Doretti Historian and good friend Tom Householder.  Recently Tom sent me a link about a great article on the web that focused on the life and times of Ed Almquist written by Donna Kessler.  I contacted Donna and asked for her permission to re-run the article here – which I am pleased she was able to provide earlier today.

So…. let’s learn more about Ed Almquist from a great author and researcher – now a friend of fiberglass – Donna Kessler. 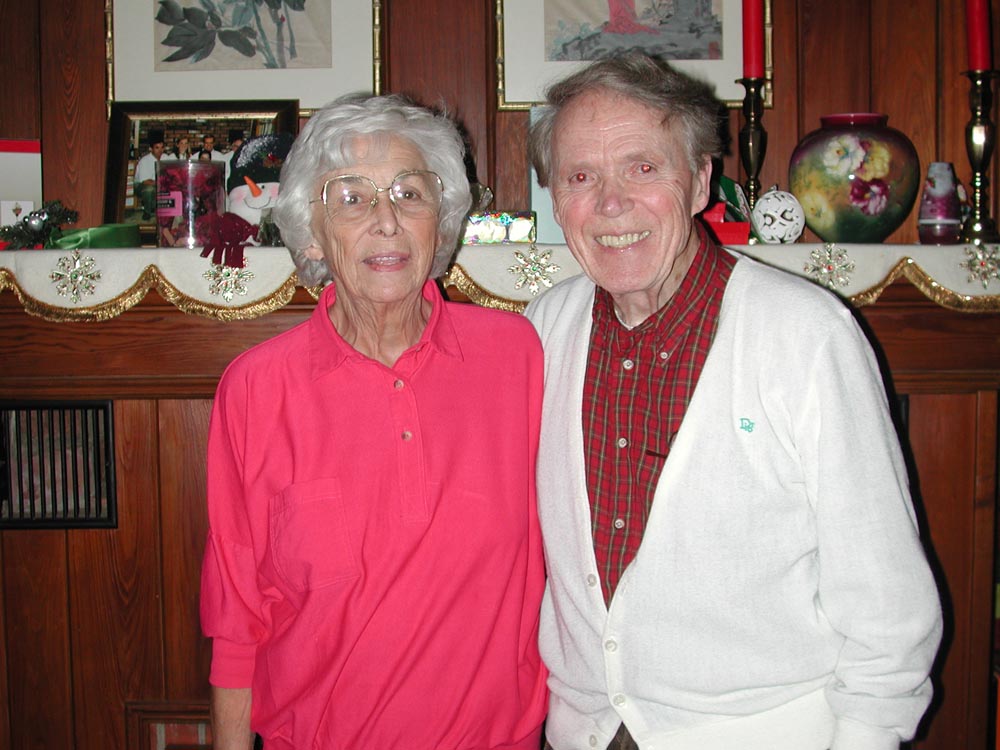 His inventions include floor shifters, the six-electrode Sparkomatic spark plug and the gas-saving device called the Ram-Jet. Over the years he designed and manufactured more than 100 speed and custom equipment products and wrote more than a dozen speed part catalogs.

In the early days, the legendary drag car racer Don Garlits even ran this guy’s equipment in his dragster. The racing equipment pioneer/inventor is Ed Almquist of Milford, Pennsylvania.  Ed was born in Zim, Minnesota. Toys were few and far during the Depression, so 10-year-old Ed occupied his playing time with his Maytag-engined “soapbox racer.”

By age 14, he was using his mechanic skills on a Model T Ford that he found in a junkyard.  Not having the money to attend college, Ed worked as a celery farmer and a part-time railroad brakeman, and took extension courses in diesel engineering from the University of Minnesota. With World War II going on, he joined the U.S. Maritime Service in the early ’40s and later became a licensed marine engineering officer. 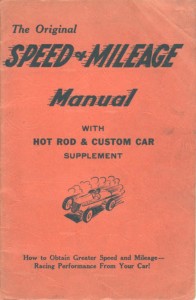 In 1946, while still in the military, Ed wrote his first hot rod book, “Speed and Mileage Manual,” during his free time on the ship. It was a basic how-to manual, concentrating on making racing engines more powerful and introducing some customizing tricks that he knew.

This was more than two years before Hot Rod Magazine came out, so it was a time when there were really no car magazines, so he advertised his book in Popular Mechanics in a 1-by-1-inch ad. The tiny ad brought in $200 in orders plus requests for speed equipment. It was a hit, something Ed never expected. Ed had found his calling.

Ed even had a chance meeting with Henry Ford himself aboard the ship Henry Ford II. It was a meeting that a young sailor would never forget and one that would change his life. “That particular day, I boldly seized the opportunity to speak to the great automobile magnate about souping up my Ford V-8 powered ‘Tin Lizzy,'” Ed said. “Despite my clumsy approach, Mr. Ford responded to my naive questioning.

Coupled with his adamant advice to avoid over-carbureting, he added his final words: ‘Call it modifying, not souping.’ Thanks to one of America’s first true rodders, I became a lifelong hot rod and performance equipment pioneer.”

After being discharged from the service, Ed moved to Milford, Pa., where he still resides with his wife, Marion. He began designing speed and custom products. One of his first inventions was a water/alcohol vapor injector, made from a Mason jar, that he assembled at his home.

The apparatus cost 50 cents to make but sold like crazy for $6. Another invention, the “log manifold,” could adapt two carburetors to virtually any car giving the vehicle quicker acceleration than a four-barrel and all for only $12.95. “They sold like crazy,” Ed said.

He later rented a room for $35 and began Almquist Engineering, which turned out to be one of the largest mail order speed equipment businesses in the country. As business began to expand, he moved to a gymnasium and just partitioned off the part he was using.

But the business was growing by leaps and bounds, and every time he moved the partition to make more room it would cost him $50 more. California speed manufacturers may have had the West Coast, but Almquist equipment was the choice in the Midwest and on the East Coast. 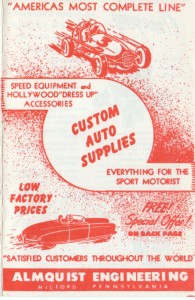 Designing such parts requires testing. “Route 84,” Ed responded. “There wasn’t as much construction on that road as there is today.” Sometimes his testing was mistaken for something else. There was a time when he was testing a product that measured the amount of emissions coming from a car.

He put the apparatus on the seat of his car and ran a garden hose from the exhaust pipe in through the car window to the emissions tester. He then drove the car down a back road and parked. Well, a neighbor saw the car with the garden hose and called the police thinking that he was trying to commit suicide.

The police asked the woman if it was a yellow car. She said yes and they responded by saying, “Oh, that’s just Ed Almquist doing another test. It’s OK.”  In 1954, Ed, with his partner, Jonas Anchel, turned Almquist Engineering into the Sparkomatic Corp. In 1959, Ed and Jonas entered into a partnership with George Hurst and Bill Campbell, who were making engine conversion mounts and saw the need for an aftermarket floor shifter.

After each designed a floor shifter, however, the partnership mutually dissolved. Ed then came up with a fits-all universal mounting kit that helped dealers minimize inventory. Ed received two patents on the product. He was also the co-designer of the Hurst Shifter used in hundreds of hot rods.

His shifters could be purchased through Montgomery Ward, JC Whitney, Sears, Firestone and Western Auto. Every year or two, Ed would come out with a new catalog during the ’50s and ’60s.  In 1955, he bought Clearfield Plastics, an early manufacturer of fiberglass kit cars. In the years to follow, he produced a number of Almquist kits to fit different-size chassis. His first kits were made to fit the Crosley and Fiat Topolino automobiles.

Ed sold Almquist Engineering and his half of Sparkomatic in 1966 and went right into the lubricant business. Perma-Power, Ed’s “horsepower in a can,” was proven by the U.S. Department of Energy to increase power and mileage while reducing wear by 50 percent. Race car drivers continue to use the product today. 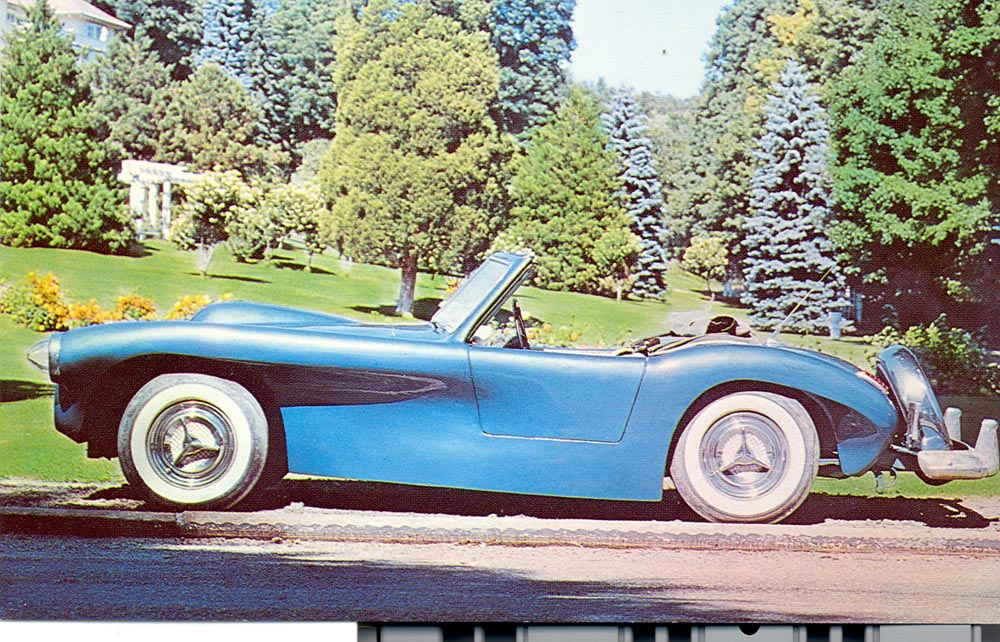 In 2000, Ed wrote a wonderful book titled “Hot Rod Pioneers: The Creators of the Fastest Sport on Wheels.” It records the history and the profiles of more than 200 innovators and legends of the sport, including Don Garlits, Bob Glidden, Ray Stillwell (our very own local boy) and Vic Edelbrock to name a few.

In an old wooden bookcase, in the corner of his living room, Ed has a collection of all the parts he designed and manufactured. As he struggled to lift one of the doors, it hit me what an amazing man Ed Almquist is and what important contributions he has made to the racing industry.

He single-handedly made horsepower what it is today. Even though Ed retired about 10 years ago, the wheels continue to turn and his innovations to the racing industry are still being manufactured in Huguenot, Pa. Today, nobody speaks about racing without mentioning the name Almquist in the same sentence.

————————
Donna Kessler is the writer of the “My Ride” feature that appears every week in the Times Herald-Record in Middletown, N.Y. Visit www.recordonline.com/myride or visit the “My Ride” page on Facebook.  Email: dkessler@th-record.com
————————

Thanks again to Donna Kessler for a wonderful story on the life and times of Ed Almquist as well as her permission for running the story here at Forgotten Fiberglass.  Thanks Donna 🙂   Click here if you would like to review Donna’s original article on the web. 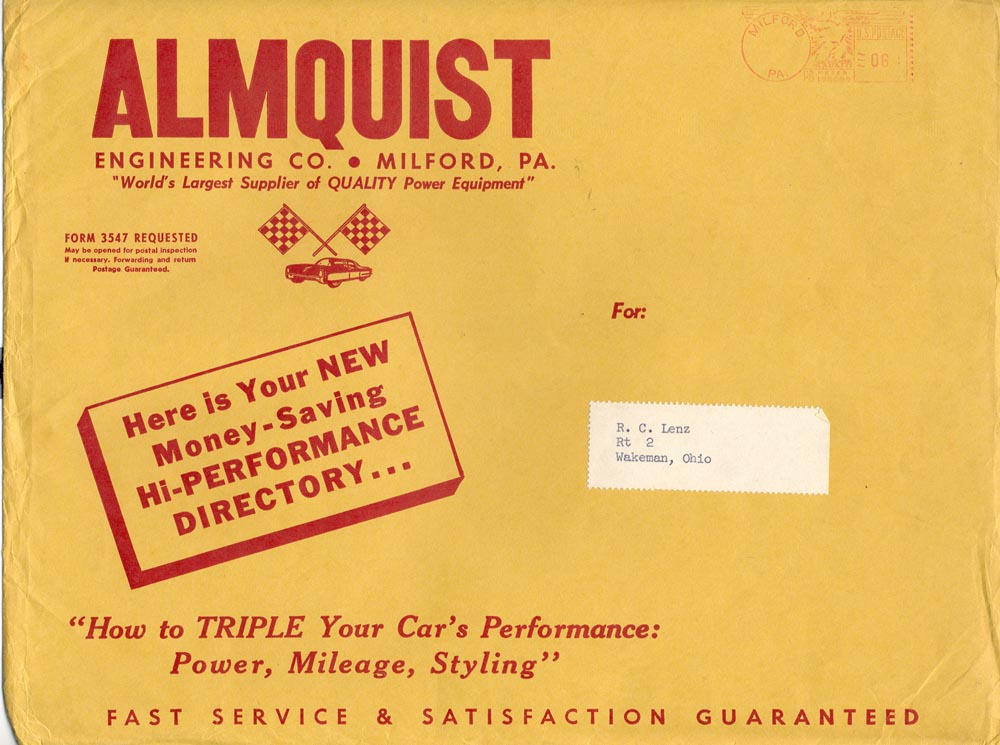 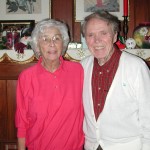 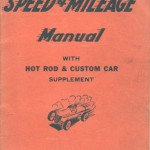 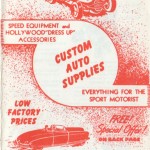 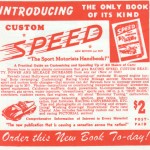 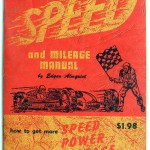 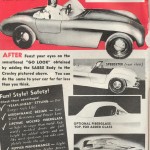 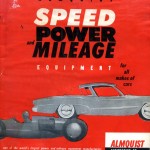 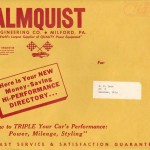 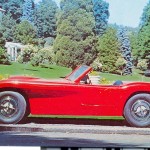 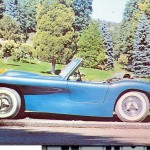 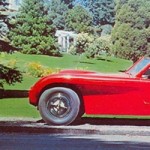