As Rick and I have canvassed thru reams of 1950’s magazines, we’ve found many cartoons that touch on – or directly relate to – building and driving fiberglass bodied sports cars.  From time to time, we thought you might enjoy seeing some of these cartoons.  So this is our “next” in a series focused on “Fiberglass Funnies.”

This issue of Car Craft showcased the Petersen Motorama that had occurred just a few months earlier in November 1953 at the Pan Pacific Auditorium, in Los Angeles, California.  Fiberglass cars made a stunning appearance at the show and grabbed the attention of all.  Included in this issue of the magazine were Bill Burke’s Allied Swallow (both the coupe and the convertible),  Dick Jones’ Meteor, Stan Weisbard’s Fiberglas bodied “body by Victress” dragster, and Bob Sorrell’s “Sorrell.”

In fact, it’s the Sorrell sports car that’s the focus of this comic – one’s that’s not so much about fiberglass cars, but show cars themselves. 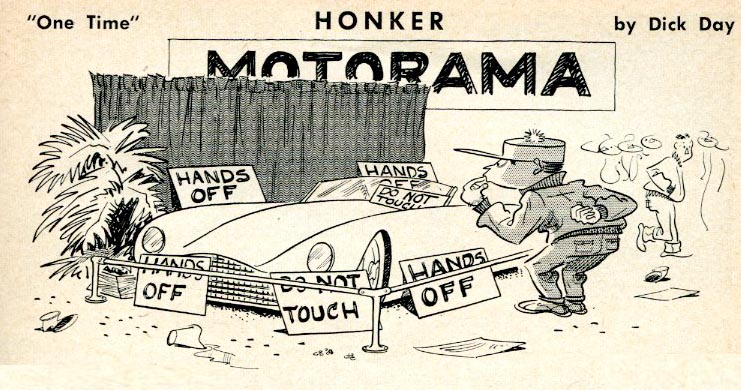 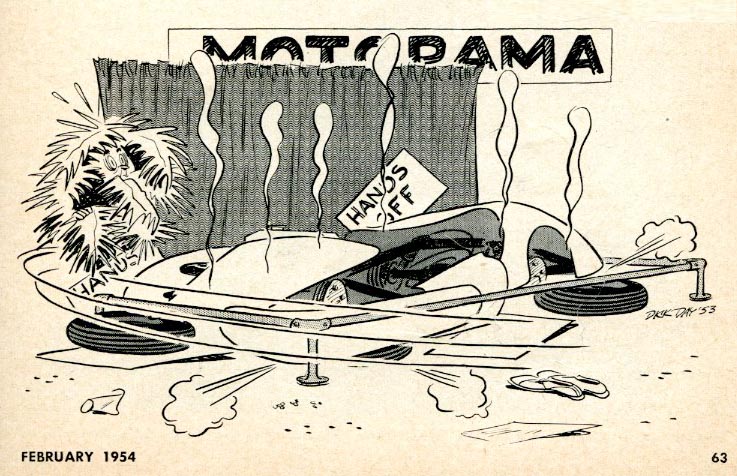