Buy it, build it, or something in between.

That’s what John Mays and John Burmaster of Bloomington Illinois offered when interest in their custom designed sports car – “The Fibersport” – heated up and others wanted to drive one too.  The heritage of Mays and Burmaster’s car starts several years before the debut of their fiberglass bodied “Fibersport” in ’53 as you’ll read in the article below.

That necessity is the mother of invention has been proved once again by John Mays and John Burmaster, proprietors of a garage in Bloomington, Illinois.  Three years ago, Mr. Mays, with his partner’s assistance, began running a Crosley Super Sport in competition. Months of tedious work were devoted to modification of the compact little power plant and the results were encouraging.

After what amounted to a trial run in a race at Vero Beach, Florida, the car took a first in its class in the Janesville Airport Race. Next came Elkart Lake and the hot Crosley turned in another good race but not quite good enough. It was decided then and there that since the engine had already been hopped up the next logical step toward really championship performance was to modify the frame and build a new, lighter body. This was the birth of a brand new American sports car—the Fibersport. 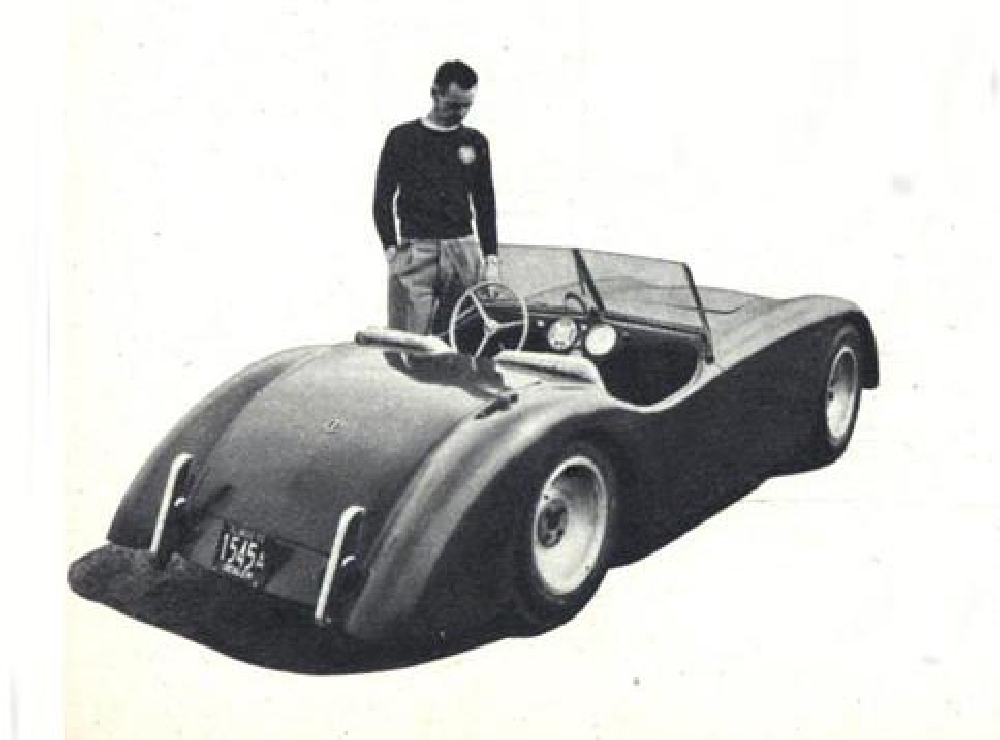 The first step was to rebuild the chassis and suspension, the major change in this department being the addition of 15? wheels, to replace the stock Crosley 12-inchers. This had the effect of changing the overall gear ratio without actually requiring a new rear axle. Once the chassis was completed, work began on the design and construction of a new body. Since Fiberglas had been decided upon as the lightest, strongest and most practical material for this purpose, clay molds had to be built of each suggested design.

Before a Fiberglas body can be molded, a full-scale plaster-of-Paris mock-up and a female mold must be constructed. This is a tedious job and on the Fibersport body it involved months of heartbreaking, as well as backbreaking, labor. The plaster mock-up cracked and was repaired time and time again but persistence finally won out and it was completed.

From this full-scale model the female mold was made and the’ actual car body, in turn, was fabricated. The completed Fibersport body was truly a thing of beauty. Not only did it have pleasing lines but the quality of the finish was remarkable. Such refinements as molded-in lips on all body openings, floorboards and bucket seats molded into the body proper for added rigidity, and color cast into the resin topped off with several coats of hard lacquer—gave a touch of quality seldom found on cars of this type.

Once the body was bolted to the chassis, performance tests were run off and the little car turned out to be a real bomb. With a top speed well in excess of 100 mph, it accelerated to 60 mph from a dead start in just a bit over 11 seconds. Total weight came out to a mere 1,100 lbs. The resulting low power-to-weight ratio was, of course, responsible for a large portion of the Fibersport’s startling performance, but some of the credit must go to the wonderful four-speed synchromesh Morris Minor transmission that was employed. 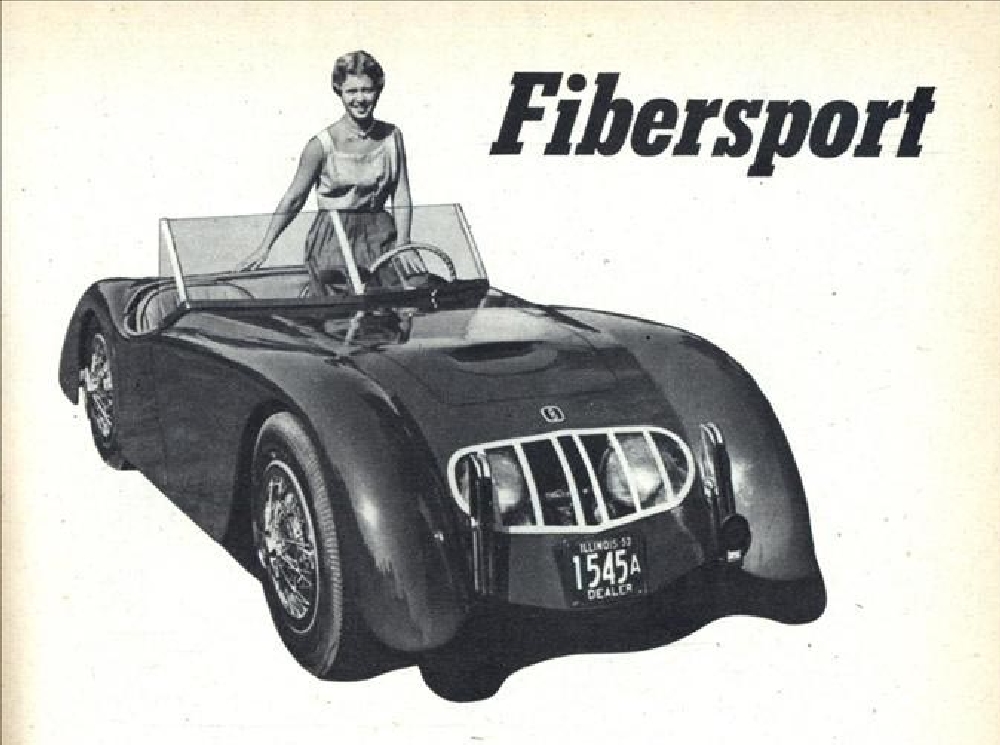 This enabled the driver to take full advantage of the engine’s extensive torque and rpm range, thereby eliminating “dead spots” in acceleration curves. The Fibersport picks up smoothly and briskly from zero right up to top rpms. For touring use it will cruise nicely at 70 to 80 mph, if you are so inclined.

Soon after the vehicle took to the streets around Bloomington, people began inquiring about it, trying to buy it. The general response was one of such enthusiasm that Mays and Burmaster decided to form a company and build not only the completed car for sale but also the Fiberglas bodies alone, to fit on other specially designed chassis.

If buying the body separately appeals to you, you have still a further choice; it is available either in standard form or as a competition body. The latter differs from the stock model in that it has only one door, no trunk, and is usually of four-ply construction instead of five. The completed Fibersport car is available for about $2,850, fully equipped, and the bodies sell for from about $870 for the standard version down to $580 for the competition job. These bodies are designed to fit the 85-in. Crosley chassis.

Early models of the Fibersport have competed with considerable success in a number of important road-racing events during the past two years and as more and more of them are produced it becomes increasingly obvious that they are just the thing for the enthusiast who wants a dependable, low-cost, all-American sports car for touring and competition.

Several Fibersport cars have turned up over the past few years and it appears the molds for this car may exist too.  I hope to connect with the Fibersport enthusiasts in the near future, and perhaps with their help we’ll document more history and detail of one of the few Midwest fiberglass sports cars of national renown:  The Fibersport by John Mays and John Burmaster. 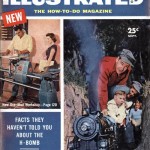 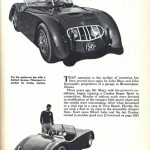 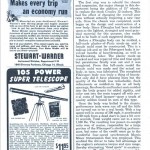 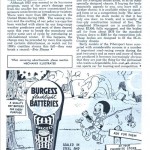 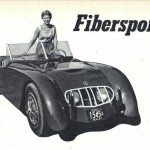 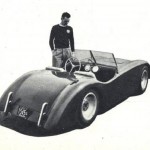 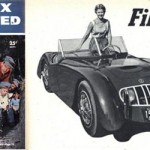