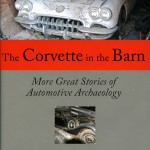 It’s with great excitement that I share with you the recent publication of the automotive book “The Corvette in the Barn” by good friend Tom Cotter.  This is the most recent of a series of “…In the Barn” books that Tom has written concerning exciting and adventurous car finds of all kinds across the nation and world. 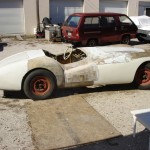 You’ll Have a Chance to Read Guy Dirkin’s Research, Discovery, Recovery and Restoration of a Historically Important Victress S1A Roadster

Tom was kind enough to include stories of some of our fiberglass finds and adventures as well as a story about the belly tank too.  Each of the stories in the book has a unique author which makes this even more interesting.  The stories relevant to our interests include:

I think you’ll find the stories above fun and easy to read.  And… you’ll be entertained by the additional stories in “The Corvette in the Barn” concerning race cars, custom cars, hot rods, and other “car find” stories of intrigue and fascination.

Tom did a series of radio and TV interviews across the nation concerning the release of this book, and I was lucky enough to capture the 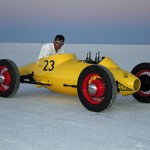 interview he did in Tampa Florida.  Click the button below (it looks like a small black triangle) to listen to this 2-3 minute excerpt of this interview:

I’ve also included the first page of each of the stories below to give you a taste of what’s inside his book.  And… I’ve included some pictures related to these stories.

“The Corvette in the Barn” can be bought at any major bookstore and you can purchase it on Amazon.com as well.  Click here to visit Amazon and review additional detail concerning this book.

Thanks again to Tom Cotter for his interest in our cars and stories, and I look forward to your comments and thoughts in our Fiberglass Forums from those of you who may already own the book and have read the stories too.

P.S…..Tom….I already have some new stories concerning “car finds” that will knock your socks off.   How ’bout a book called “Byers in the Barn?”    And….I’ve found some other cars that should probably stay in the barn, but you’ll have to talk to Rodney Packwood for those stories…..*wink*  Great book Tom and thanks again for your support. 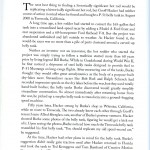 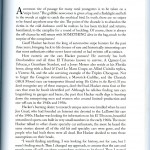 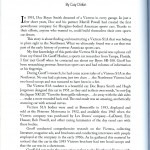 You’ll Have a Chance to Read Guy Dirkin’s Research, Discovery, Recovery and Restoration of a Historically Important Victress S1A Roadster 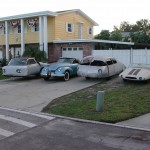 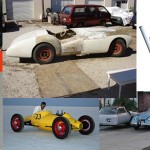