“Plastics.”  That was the work we heard in the 1967 film “The Graduate.”  But that word was being used for fiberglass or “plastic” bodied cars for nearly three decades before.

Case in point.  In today’s story we focus on a press release and concept drawing of “streamlined sedan” – one intended to be built out of plastic.  Let’s see what the press release had to say. 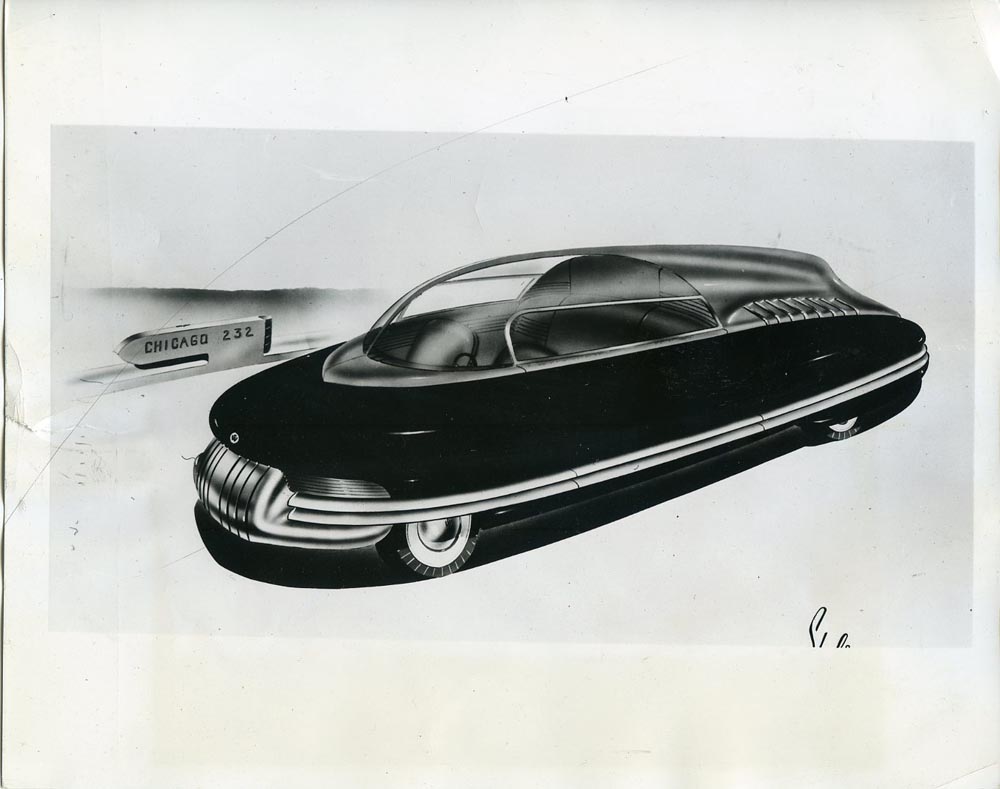 Designer George W. Walker cites the increasing use of plastics for innumerable objects of everyday use as proof that the motor industry will turn to them in increasing degree when the war is over and production of pleasure vehicles is resumed.

Here’s a Walker-designed plastic sedan with rear engine.  Opaque plastics form the rear quarter of the top; the balance is in clear plastic which will do what few forms of special glass can do – admin health-giving ultra-violet rays of sunlight and exclude the harmful infra-red.

The color of the opaque body is in the plastic material itself, eliminating painting and the subsequent damage from chipping and rusting. 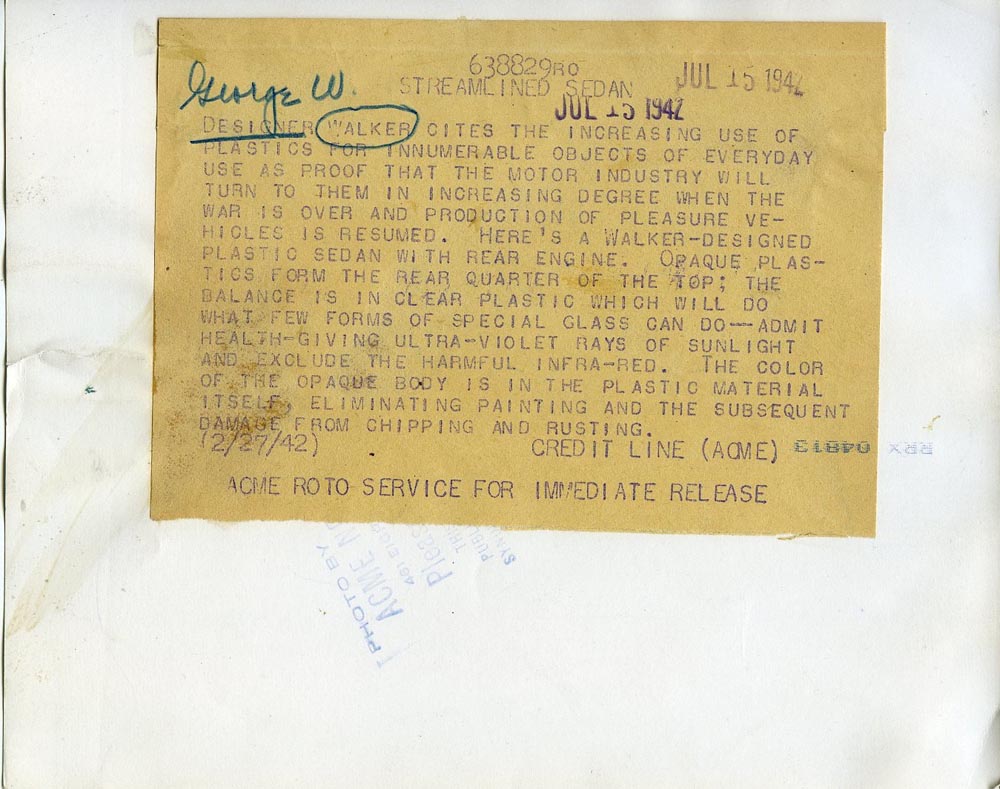 So we have a few interesting observations and predications here.  One is that the color of the body will be impregnated in the material – and they would have been exactly right, for this started to happen in the mid to late 1950s when fiberglass bodies were evolving in production methods and gelcoat with various colors began to be used.

However…I’m not sure about the health benefits touted in the press release.  As I recall…sunlight is good for us up to a point.  Getting dosed with UV rays….not my cup of tea – or coffee.  *wink*