Blame the title of this story on good friend Jon Greuel – founder of LaDawri.com and LaDawri Coachcraft celebrateur.  He’s returning from nearly a year overseas in the military and wrote in:

“Geoff….any ‘glass on the grass’ that I missed this past year?”

Well…besides the recent appearance of Rick D’Louhy’s LaDawri Conquest at Amelia Island (click here to review that story) there have been some notable jaunts into the public arena.  So….this story’s dedicated to you Jon – coming home in just a few days….may your remaining days overseas be peaceful, safe, and reflective – and get your butt home safe and sound!

Geordie Prodis And His Byers SR100:

Here’s what I recently heard from Geordie about his Byers:

I got second place for unique vehicles at the Concourse De Elegance at Arapaho Community College’s United Cerebral Palsy Sponsored event.  I got 244 points out of a total possible 250.   Shown are the judges hovering over the Byers SR100 at the event and the other photo shows the ribbon (that was sent to me a month later) sitting on the hood in my driveway.

I hope you are doing well.

Let’s have a look what Geordie sent in 🙂 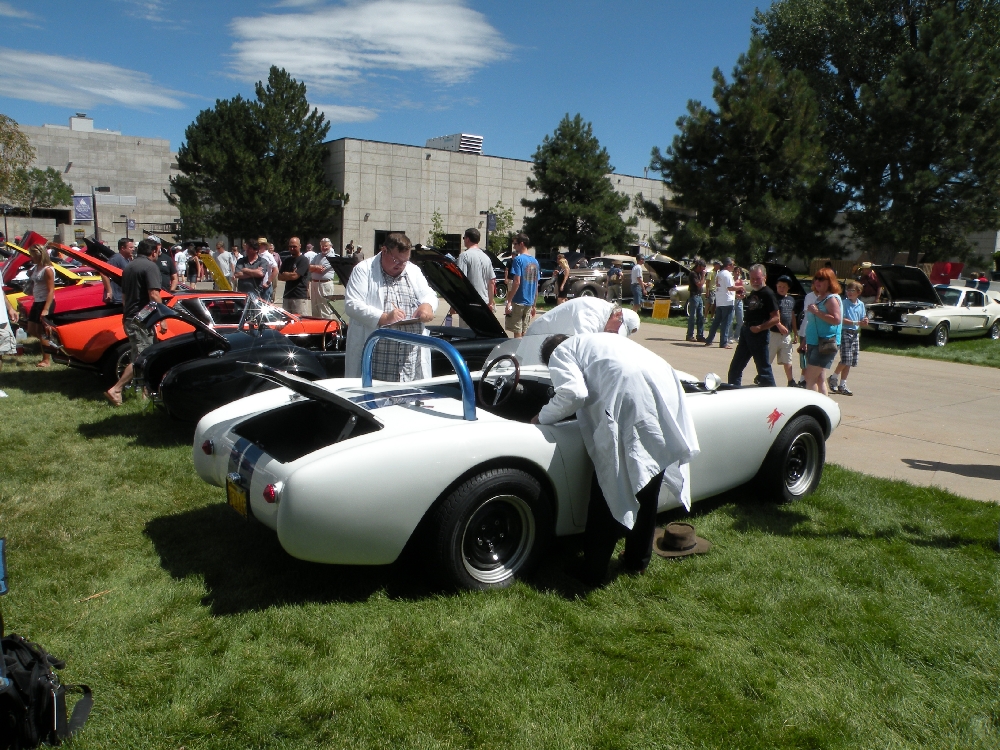 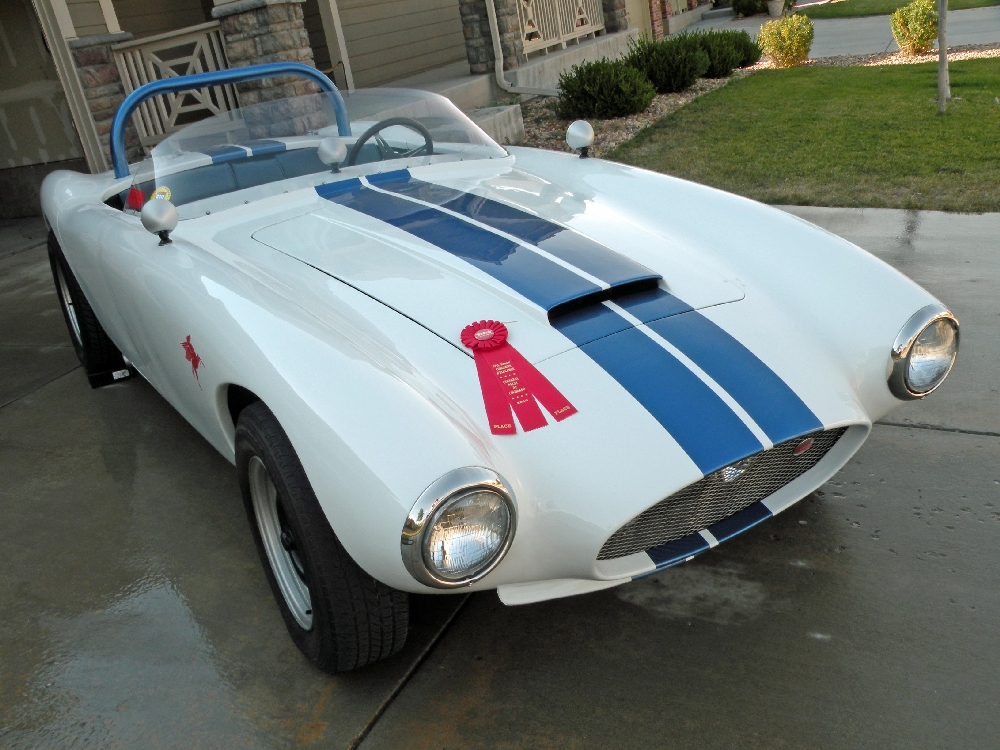 Here are photos sent in from Jerry and Rodney when they brought Jerry’s G2 to the Dana Point Concours d’ Elegance: 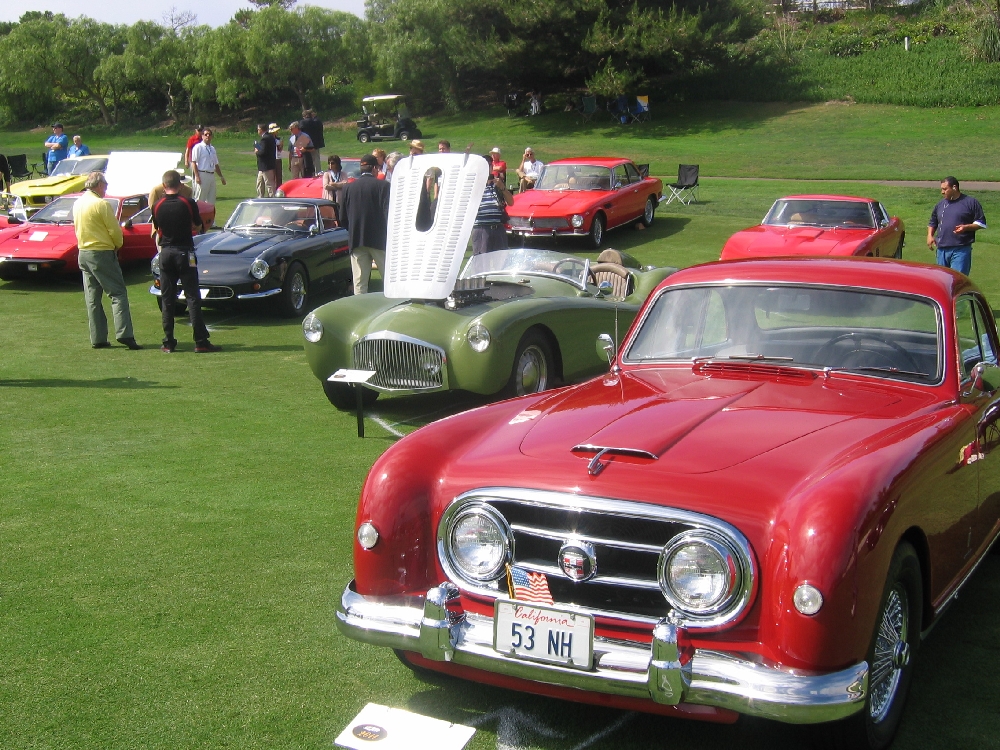 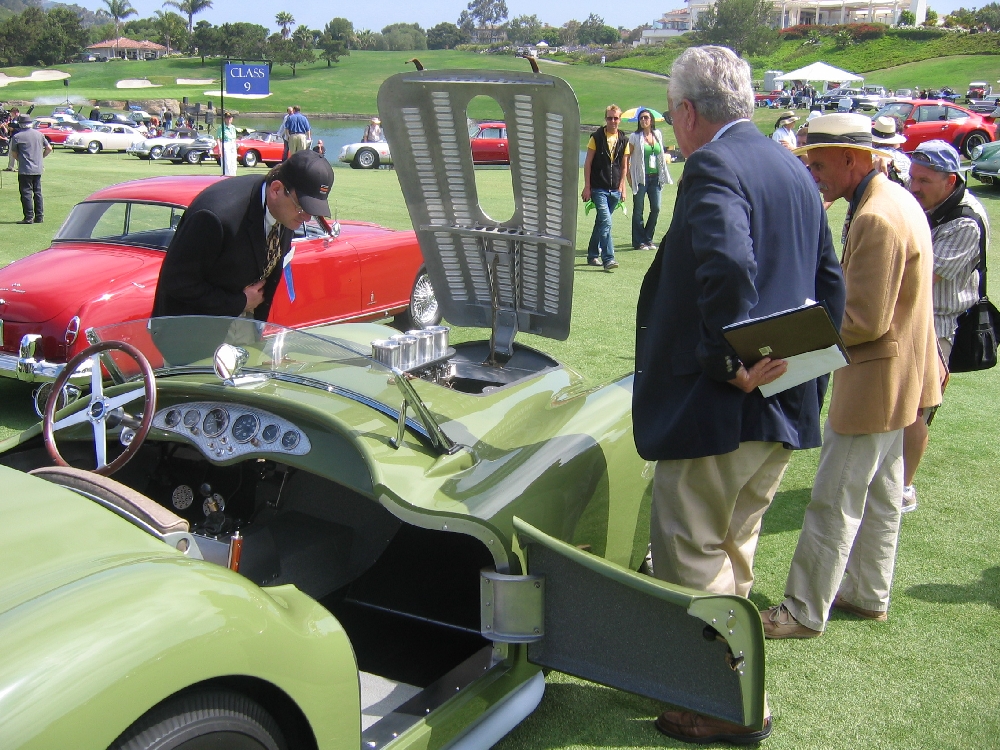 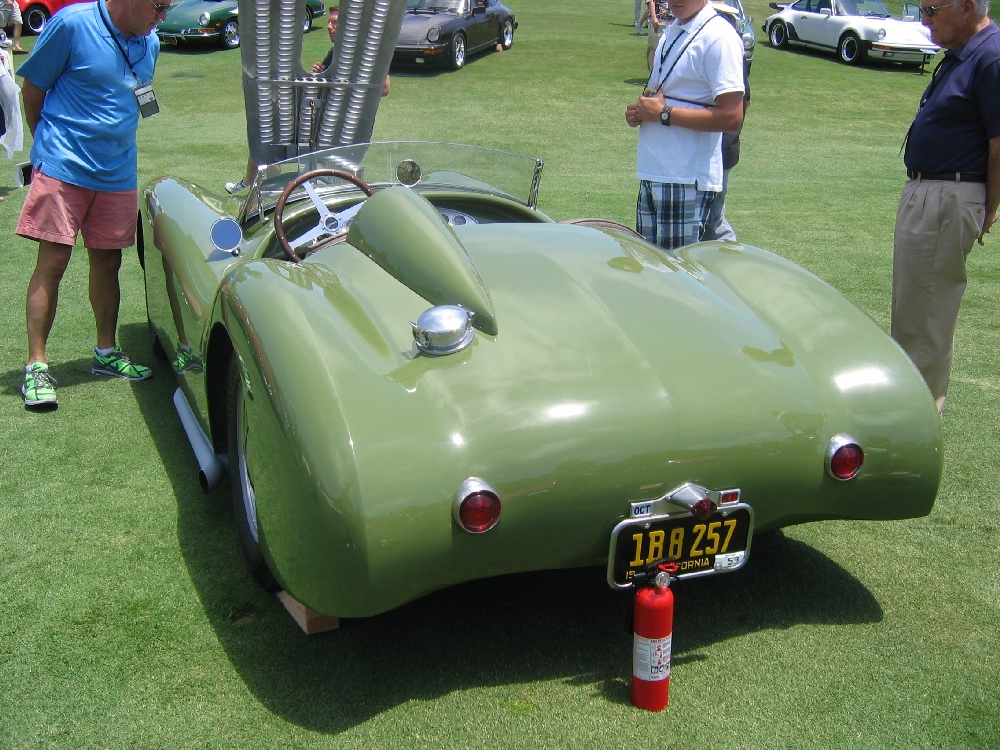 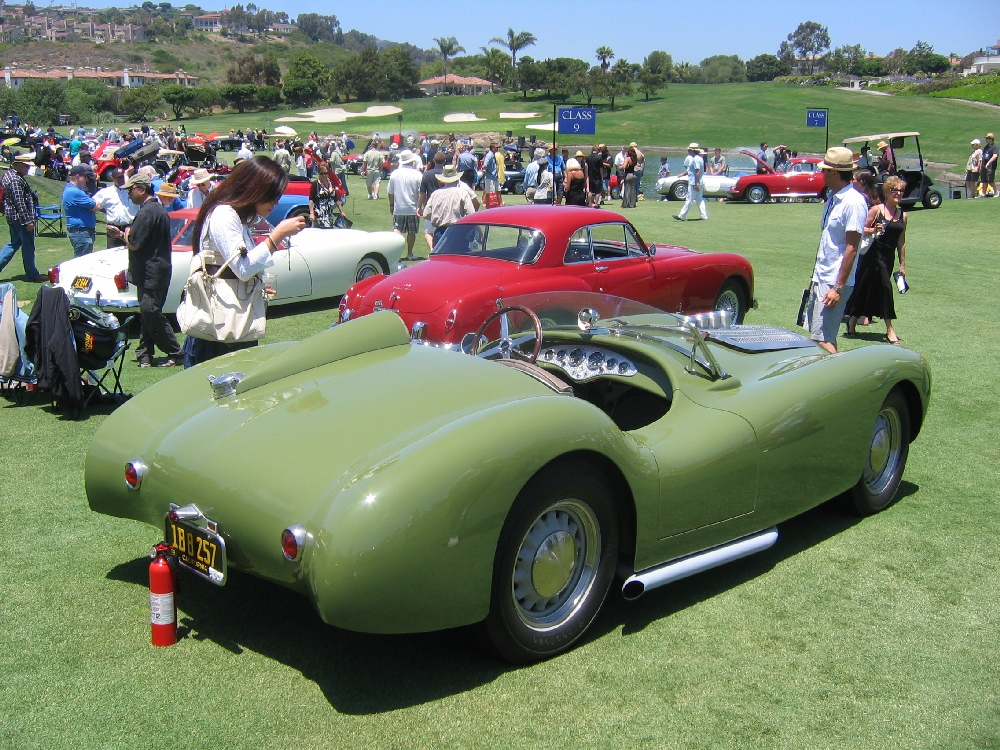 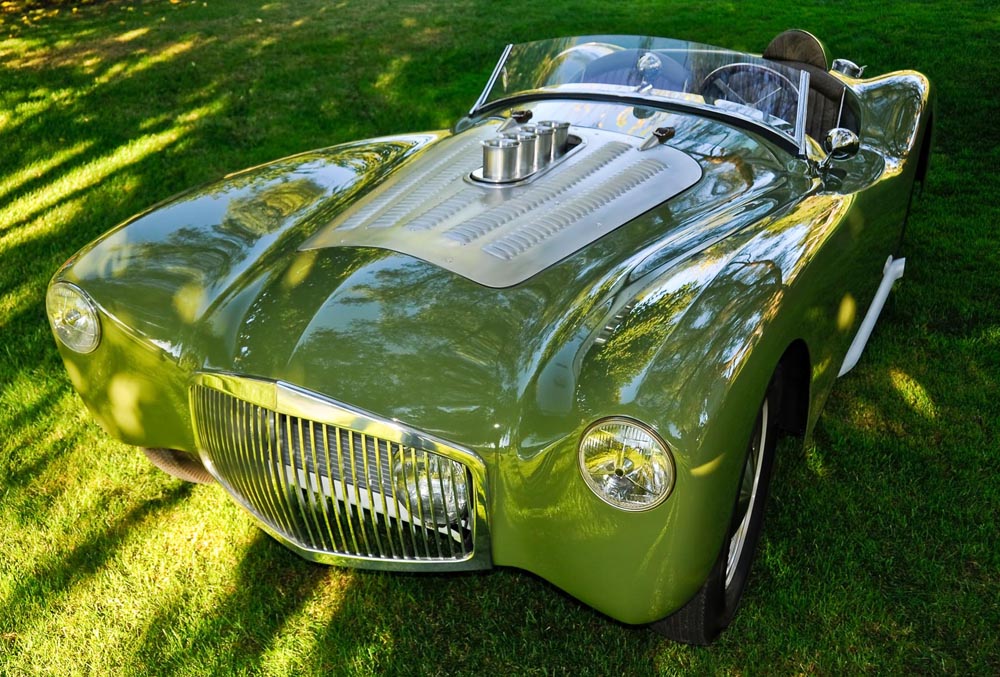 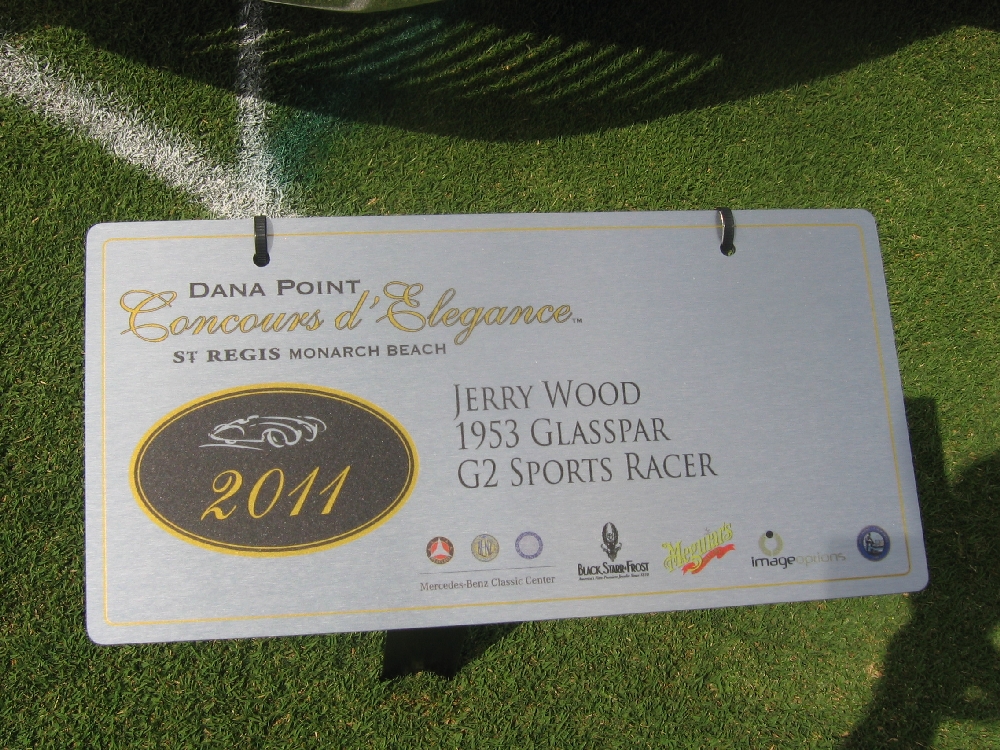 Here are photos of Phil Fleming and his Devin at two events:  The first at a show in his hometown of Flemington, New Jersey; the last at a Memorial Day Parade. 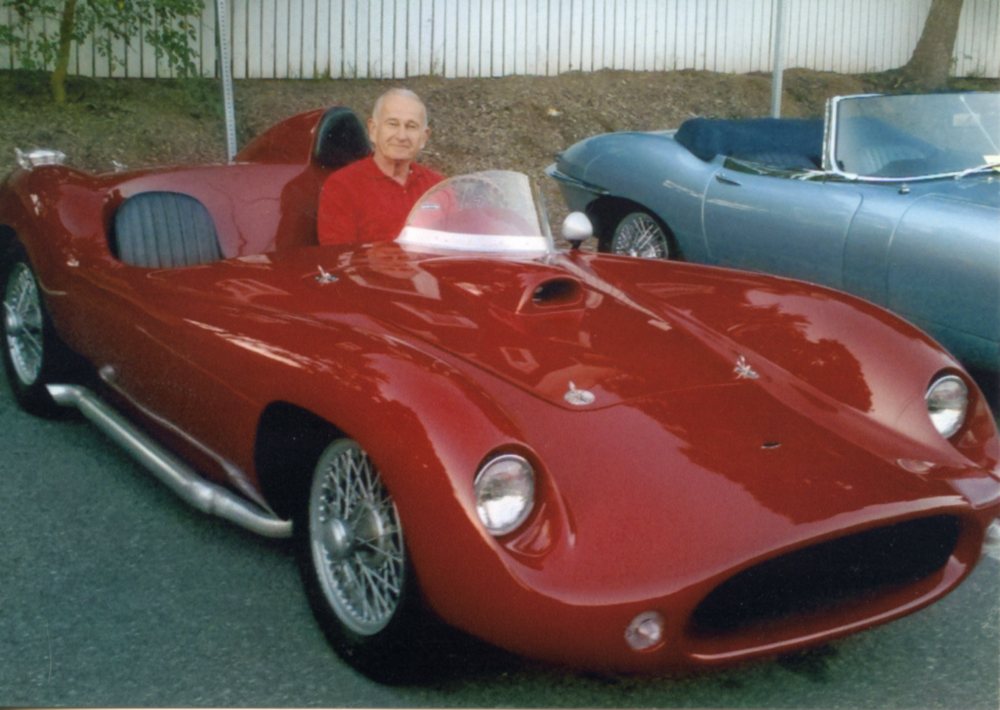 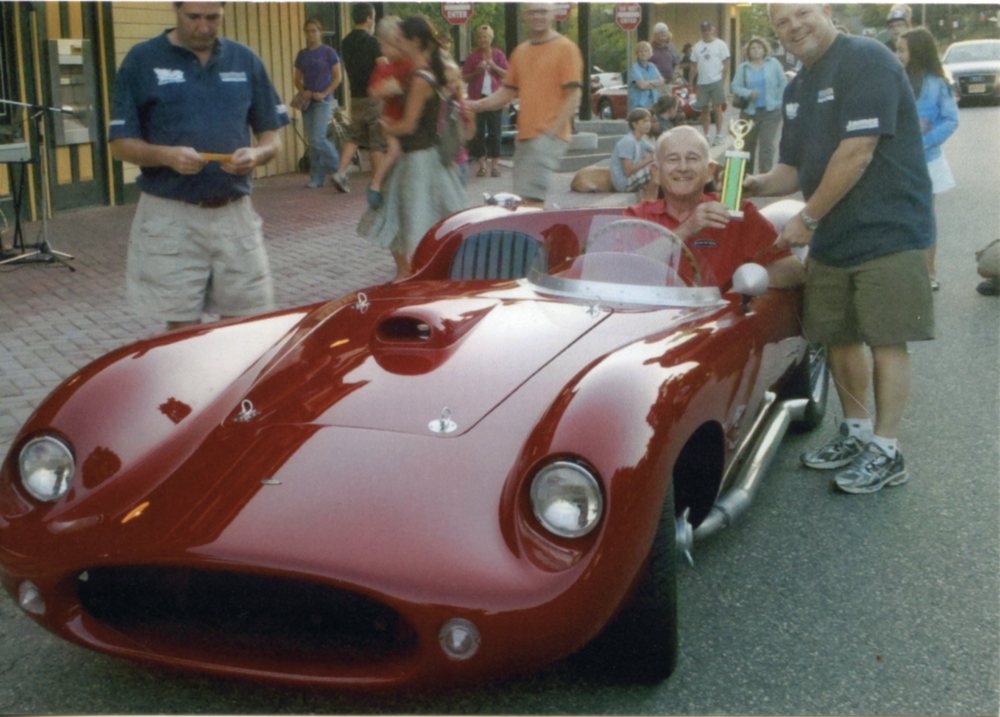 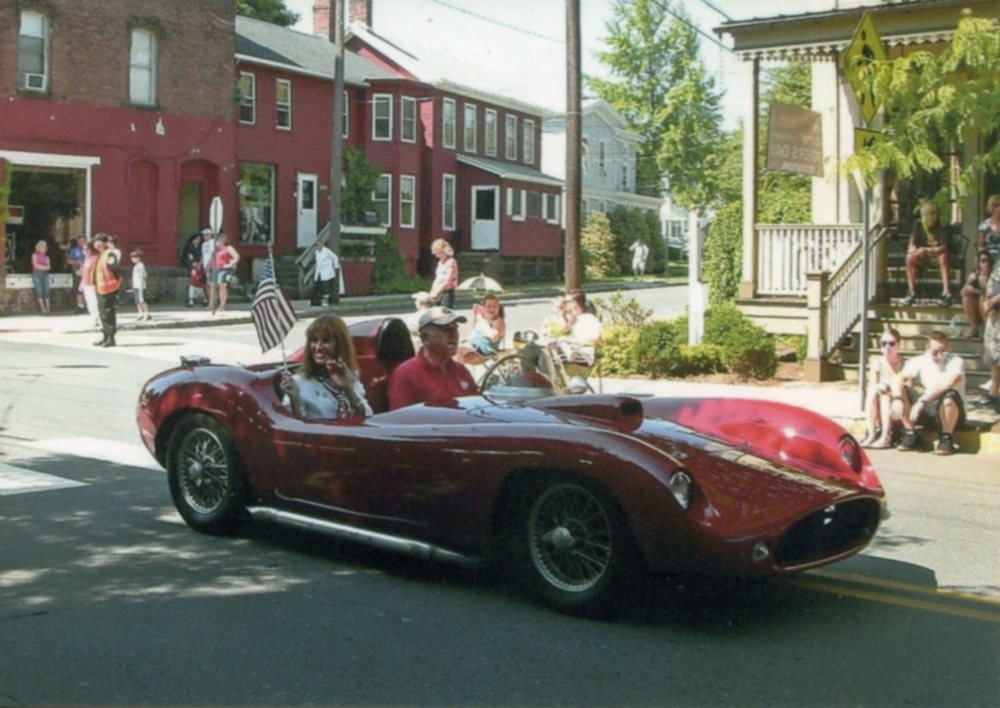 Clark Mitchell And His Almquist Sportster: 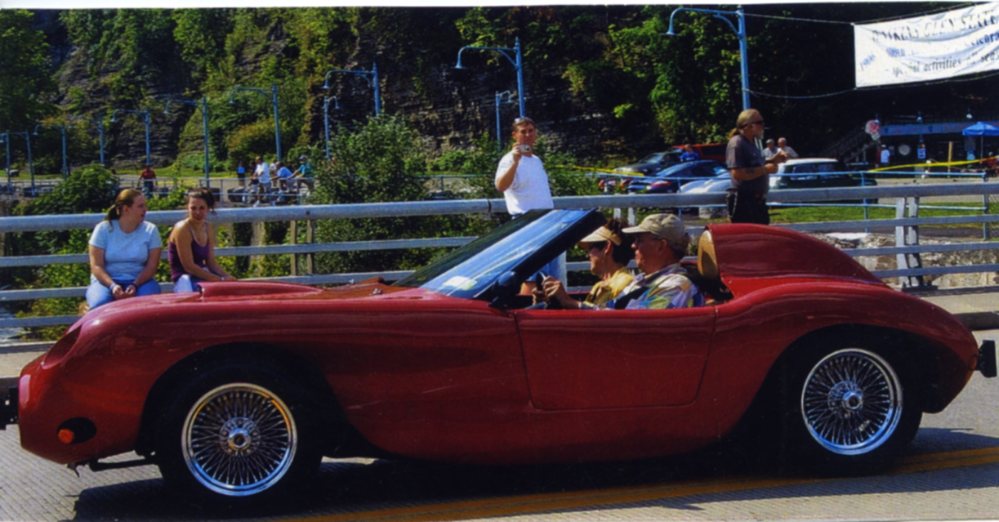 Vintage ‘glass is starting to show up at events across the land.  So many of the cars we’ve had or stewarded have been kept at the back of the barn far too long.  Join the legions now moving forward with their restorations and plan on having some fun.  I know that Geordie, Jerry, Rodney, Phil, and Clark are having a ball with their cars – always the only such vehicle no matter the show they attend.

Forgotten Fiberglass To Be Featured At The 2012 Salisbury Concours d’Elegance: Des Moines, Iowa