My first fiberglass car was a Shark – a convertible Shark at that.  Little did I know that the path I would embark on as a young man would be so adventurous in later life 🙂

Back about 30 years ago, I cut my teeth doing research on the car I had found, and met good friend Rick D’Louhy in the process.  Today’s article is one of many things I learned from the fruits of my labor.

By early ’62, Henry Covington’s “el Tiburon” was fully prototyped, designed, tested, and being produced.  In fact, the first six bodies had already been laid up by the Cacciatore Family and their company “Cacci-Craft” in Tampa, Florida.  Very exciting times for Henry Covington and his prototype sports car – The Shark.

Let’s see what the Sunday Independent Newspaper had to say about this futuristic Florida design by Henry Covington in early ’62. 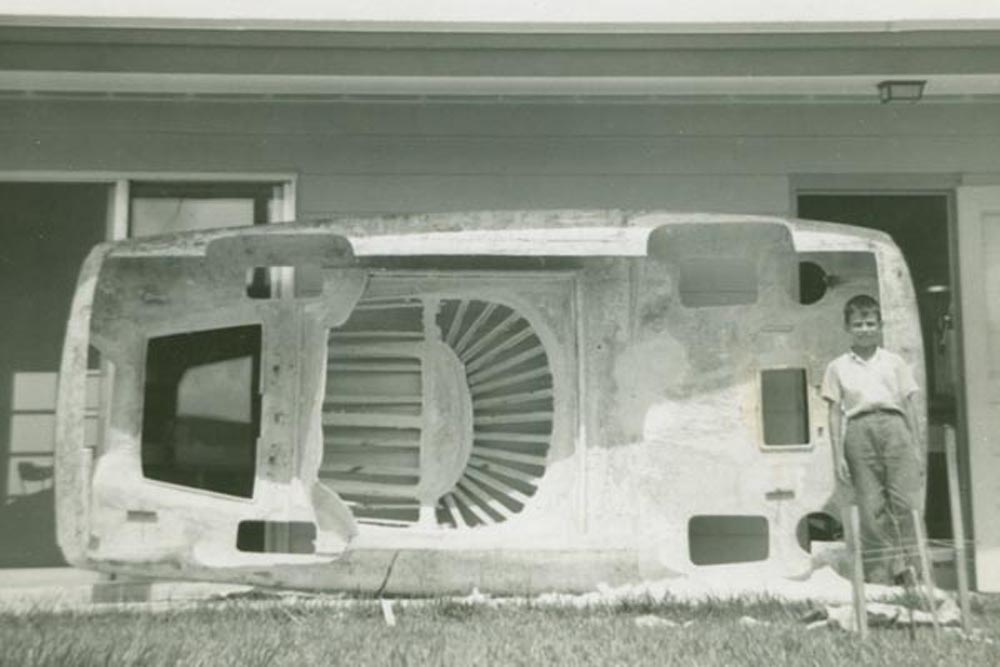 He built a car to prove a point – it doesn’t take brute power to go fast.

Streamlining and light weight are the answers to “drag”, the enemy of speed, contents Henry Covington, a soft-spoken North Carolinian who is an industrial designer and a “car bug.”  His “fans,” including his wife and two sons, James, 15, and John 13, 3547 58th Avenue North, dared him to prove Detroit wrong in cramming bigger and bigger engines in cars going slower and slower with proportion to overall weight.

Covington, a tall, friendly man who wears horn-rimmed glasses, built a radically different car.  It looks like a shark.   He calls it “El Tiburon”, Spanish for the man-eating shark.  The name was suggested by a salesman of sharkskin leather goods. 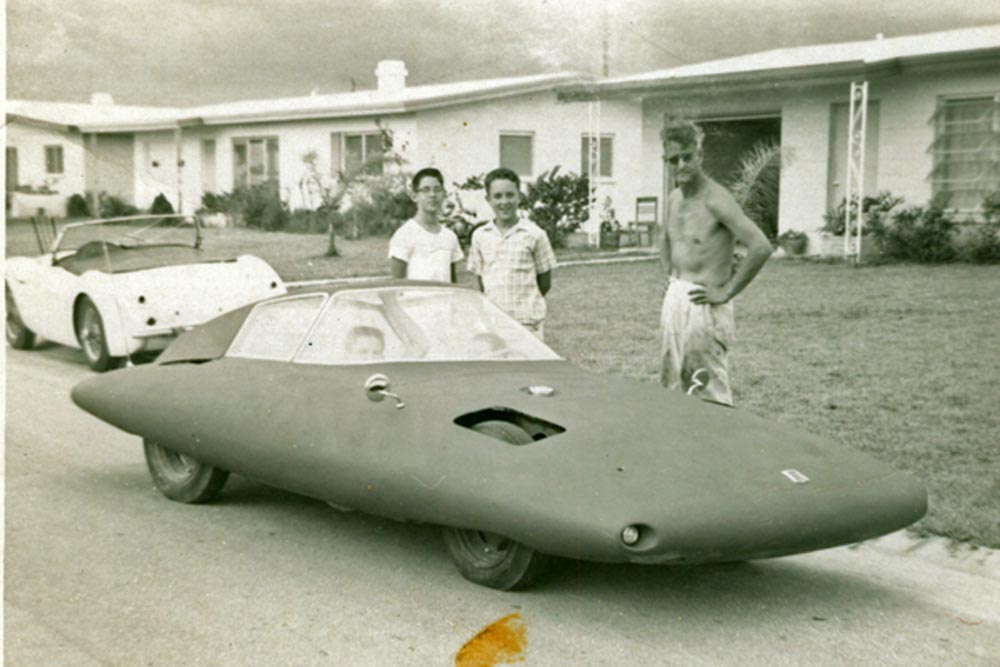 Henry Covington With His Two Sons: John and Jim

“My sole aim was to prove a favorite point,” Covington said.  “It takes very low horsepower in an engine to attain relatively high speed in a car – if you reduce ‘drag’ caused by air passing over the vehicle.”  El Tiburon I, well-known to thousands of Pinellas car fans, proved the point.

Powered only with a tiny, 19 horsepower Renault 4CV overhead valve motor in a modified Renault chassis, the shark-like two passenger car has attained 78 miles an hour.  “We put in a larger, 45 horse motor from a Renault Dauphine and shoved her up to 122 miles an hour,” beamed 15 year old James Covington, student at Dixie Hollins High School.

“I was riding with dad when he got her up to 122mph,” he added.  “We might have gone faster, had not the nose mold started vibrating badly.  We’ve strengthened it since then.”  “El Tiburon’s” namesake, the shark, is nearly hydro-dynamically perfect, presenting a minimum of resistance to water as it swims. 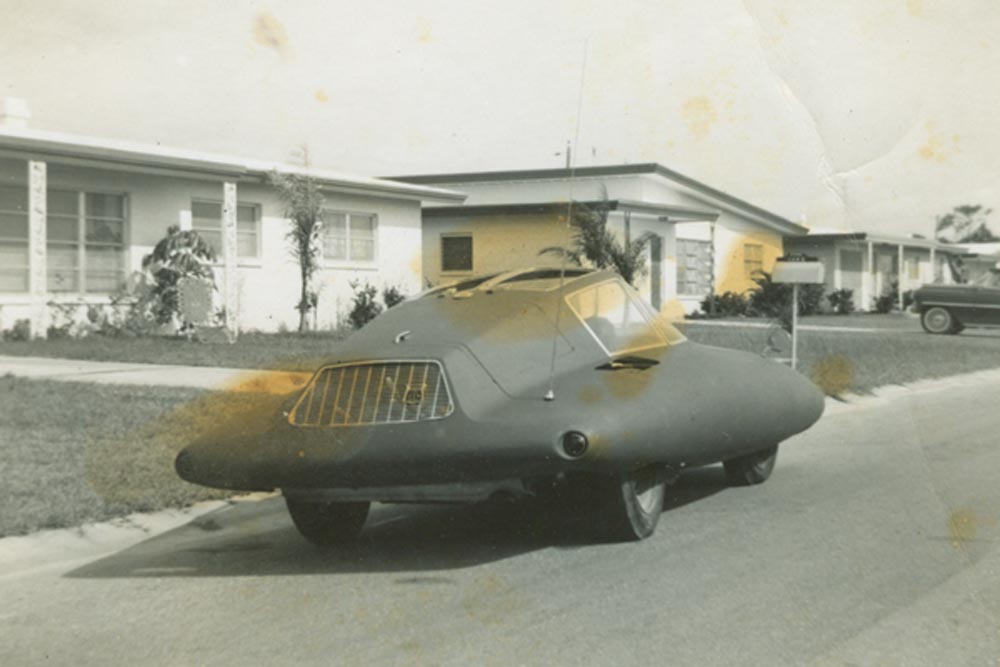 My object was to show that cutting down drag is the key to speed – rather than boosting power to a wind-resistant shape.  My car proves the point.”  Covington first made a small balsa wood model of his “dream car”.  He cut the model into sections and traced them on graph paper. 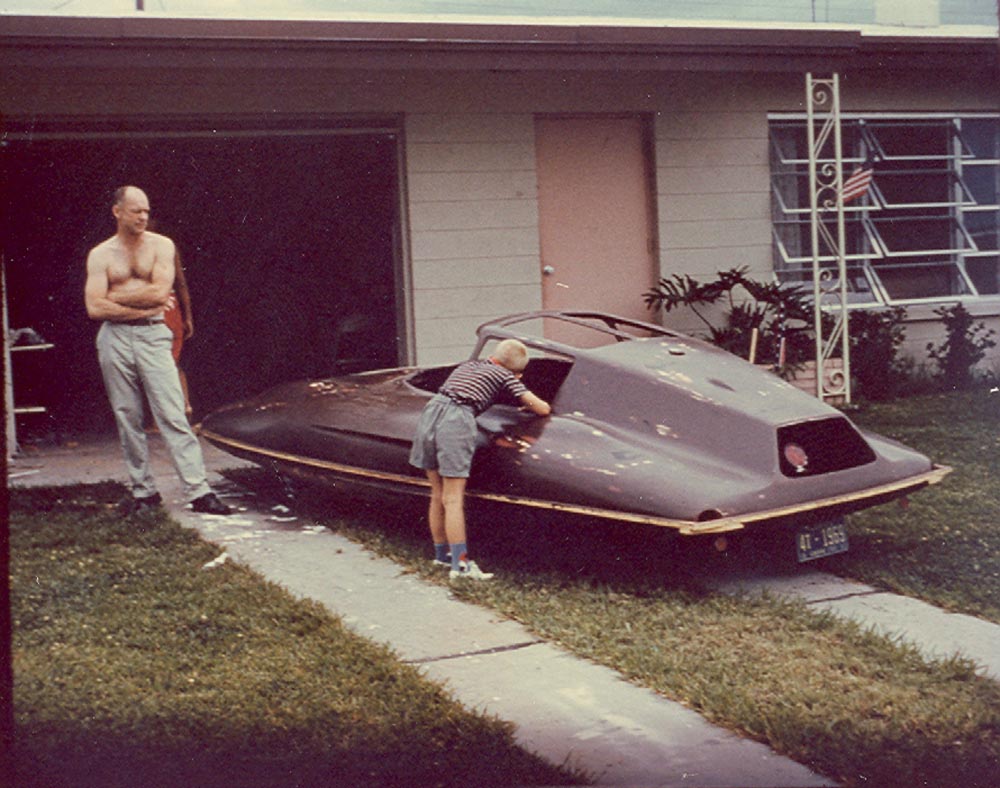 “Then we took up te living room rug, pushed back the furniture and made full scale drawings,” he said.  These were traced on plywood to form a frame covered with wire lathe.  He made the initial mold for the fibrous body by plying plaster of Paris to the frame and coating it with automotive primer to get a smooth surface.

The next step was to coat the mold with a “parting film”, a release agent, to separate the mold from the fibrous material used to cast the body shell.  The mold was then covered with layers of resin and glass cloth to form a “female” mold from which the whole process is repeated to produce an actual body shell. 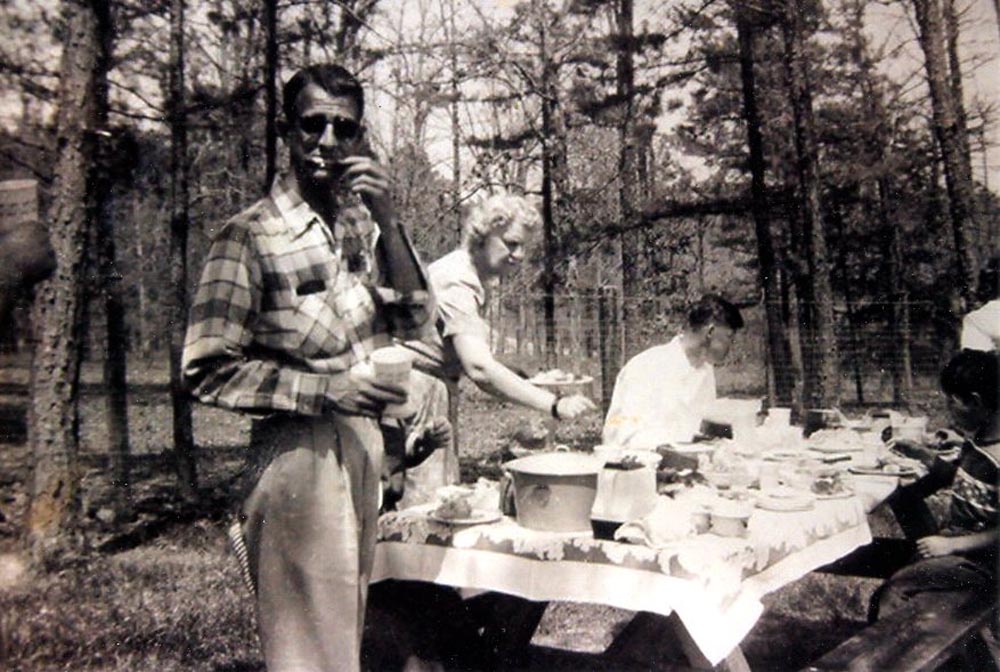 Henry Covington at A Family Picnic in the Late ’50s.

Seventeen separate molds comprise the body.  Separate molds were used to cast the distinctive air scoops, recesses for directional lights, and so forth.  “The car was never designed for mass production,” Covington said.  “In fact, it takes a week to mold one body.  The shell must be rotated to prevent “sagging” until fully cured.

Big credit for the body mold, Covington said, goes to a neighbor and friend, Glen Gums, 5698 36th Avenue North, a plastics engineer.  Covington tested the odd looking car over Pinellas County for more than a year.  Once he broke an axle.  Its appearance on downtown streets always causes a sensation.

“So many people stop at the house when they see it in the yard, we had to move it around back to get privacy.” He said. 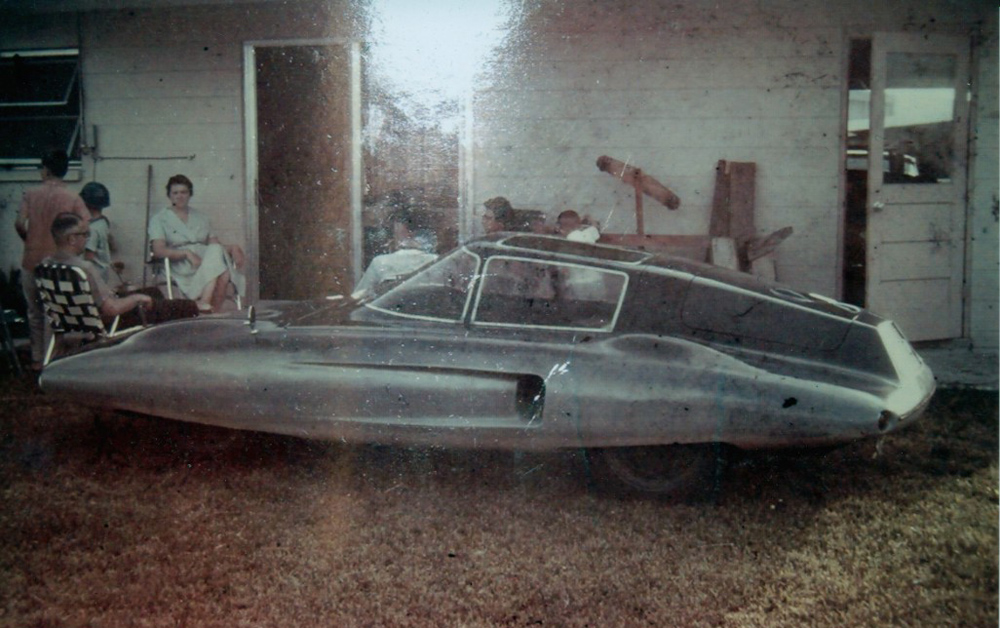 National publicity in  magazines like “Road & Track” and a current front page picture in Mechanix-Illustrated led to a daily influx of fan mail.  “Some inquiries  come from Royal Air Force members and people in South Africa,” son John said.

Sundays and holidays are worst when “El Tiburon” is spied alongside the garage.  Curiously elderly people stop and ask questions.  Young people – more familiar with the ultra-streamline design – ask technical questions.  By sundown, the Covingtons are exhausted. 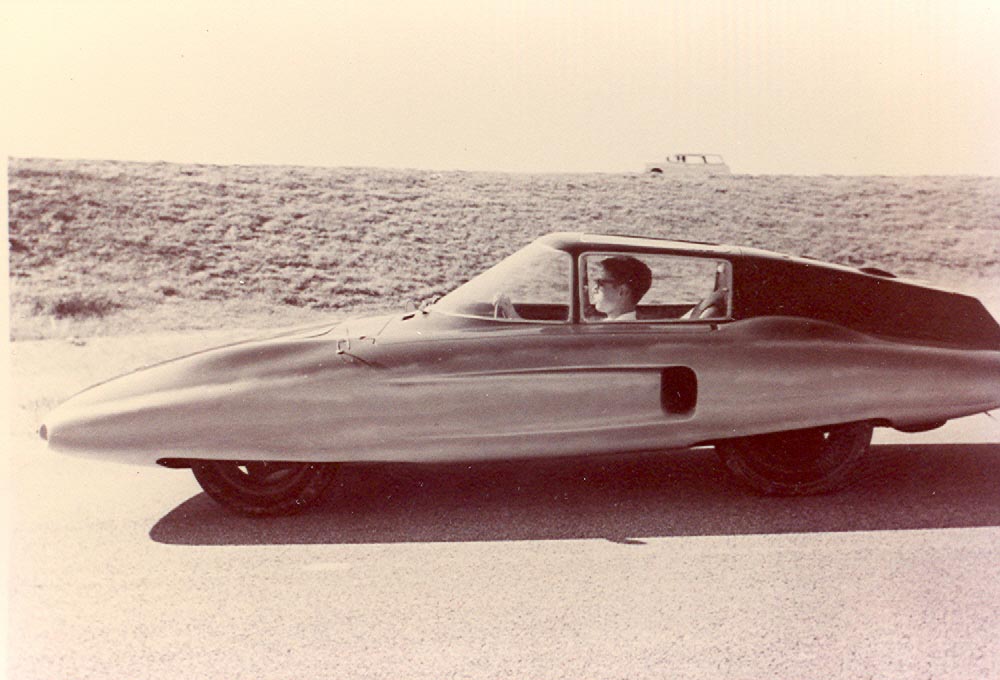 “Just let us drive into a gas station and business flourishes,” John said.  The youth demonstrated how you enter the car by “unbuttoning” the glass airplane type canopy.  You lower yourself into contoured seats – swinging the steering wheel on a rack to gain room for your legs.

In traffic, you’re so low you can see daylight under ordinary sedans.  Coming up behind a 10-ton cross-country trailer or bus you feel like you’re looking down the Holland Tunnel.  The “Shark” is some car.  The designer and builder poured about $4000 into his proof that Detroit is on the wrong road in the horsepower race. 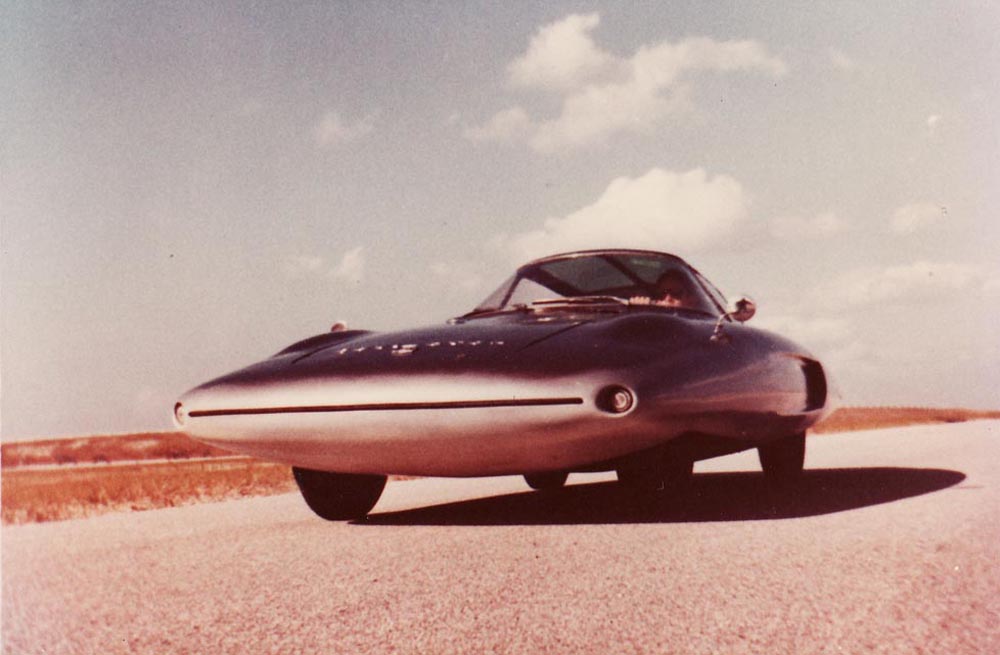 The Shark continues to draw attention no matter where it goes – most recently at the Milwaukee Masterpiece Concours d’ Elegance.  Click here for more stories and photos of this appearance in 2010. 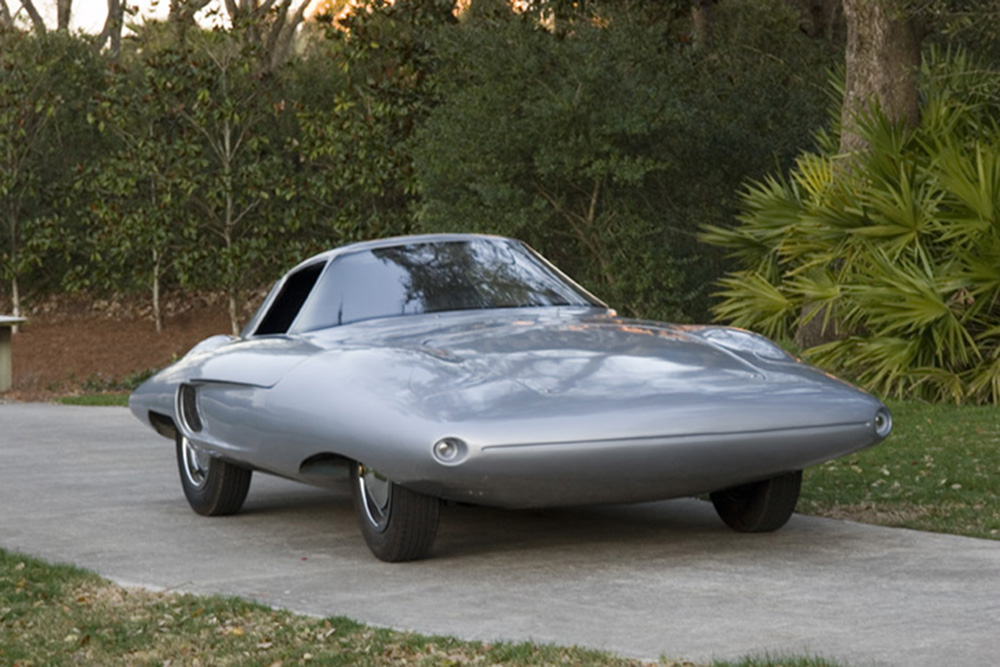 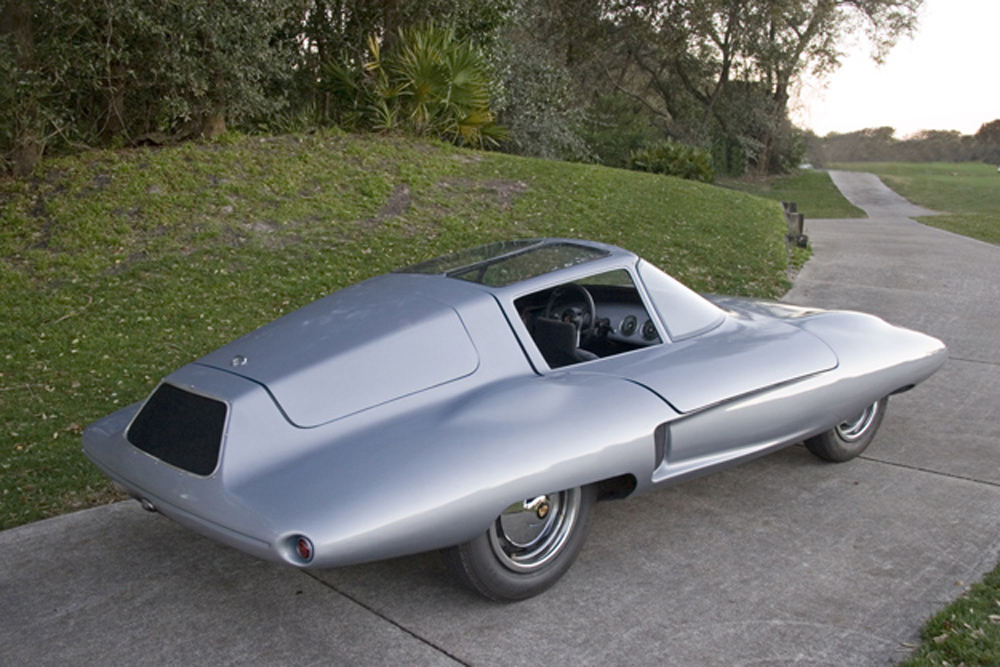 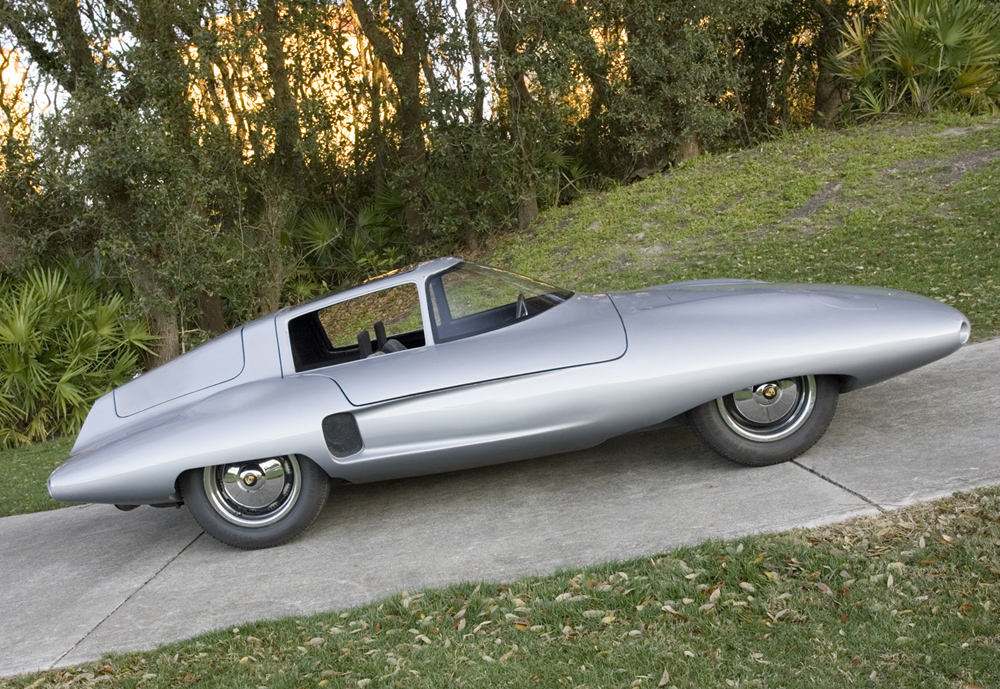 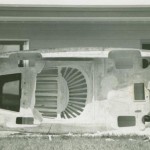 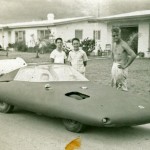 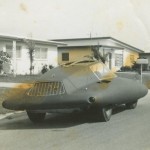 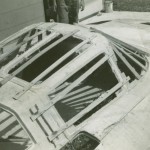 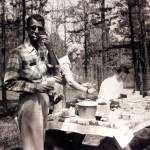 Henry Covington at A Family Picnic in the Late ’50s. 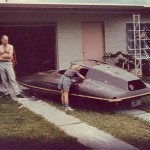 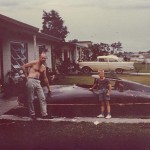 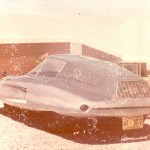 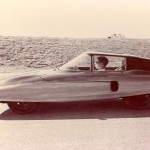 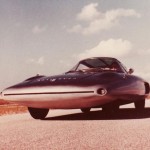 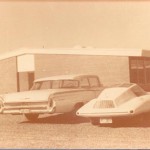 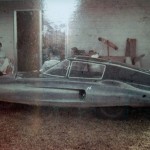 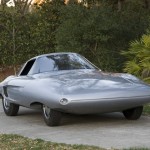 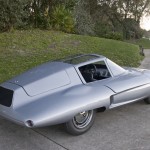 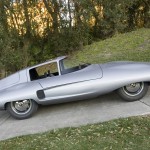 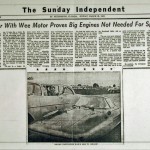 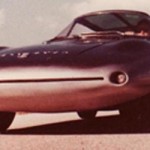