Motor Trend Magazine was so impressed by the success of fiberglass sports cars and the excitement over them that by late ’53 they featured a 6 page article featuring 7 different fiberglass cars you could purchase or build yourself.  They opened the article with the following introduction:

“Fiberglass, until so few months ago big news merely because it existed at all, has now obviously made the grade.  On these pages, Motor Trend brings you the latest designs in this versatile material.”

Today’s article is the third in a series that presented these cars to a ready, willing, and excited worldwide public.

Click here to review all articles in this series

Motor Trend dedicated a full page or more to each of the cars presented in this article.  Today’s article is on the third one they presented – the Commons Special by William Commons.

And remember…as with every image here at Forgotten Fiberglass, use your mouse and click on the picture to make it appear larger on your screen.

From the Great Lakes to the Pacific to the North Sea, Fiberglass Has Become the Favorite of these Designers

On Los Angeles Terminal Island there works a British born naval architect named William Commons.  Like all yacht builders, Commons is made acutely uncomfortable by any stray inch of space that doesn’t give a good account of itself.

Consequently, his plastic car converts to a traveling double bed with as little fuss as any car, plastic or metal, that we’ve seen.  Commons has spent his life beside the sea; our guess is that the efficient forms of adjacent marine life influenced him considerably in the sculpturing of his roadster.

Wood is a time-honored material for building boats, and its role is not neglected even here.  More than six months of Commons time went into spruce wood body molds.  He claims that his pattern is much more flexible than plaster, since it lends itself easily to any design changes. 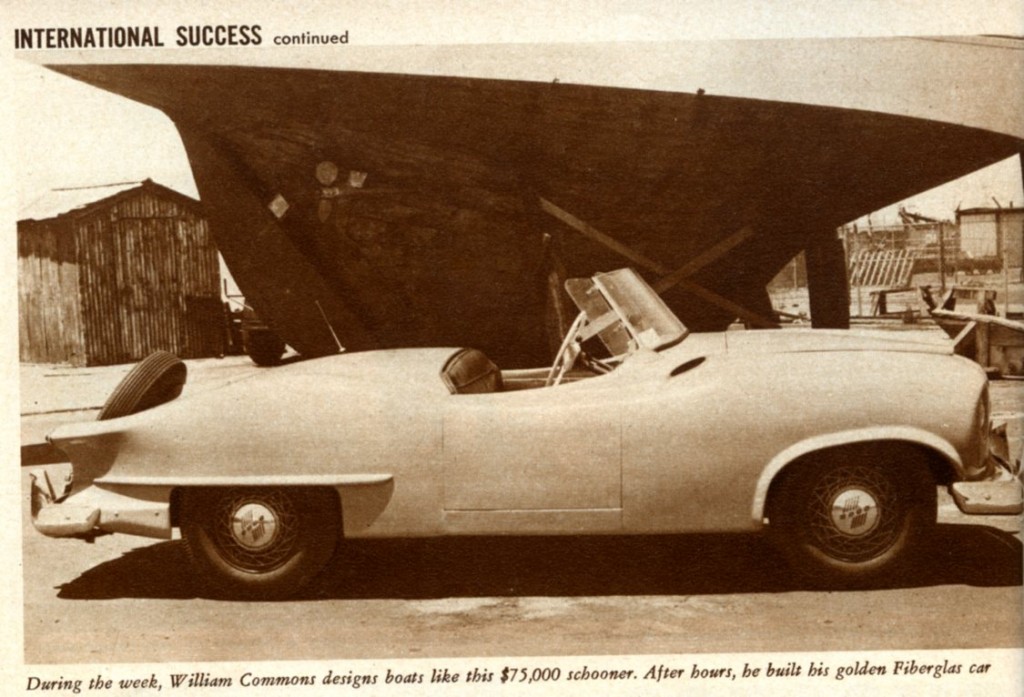 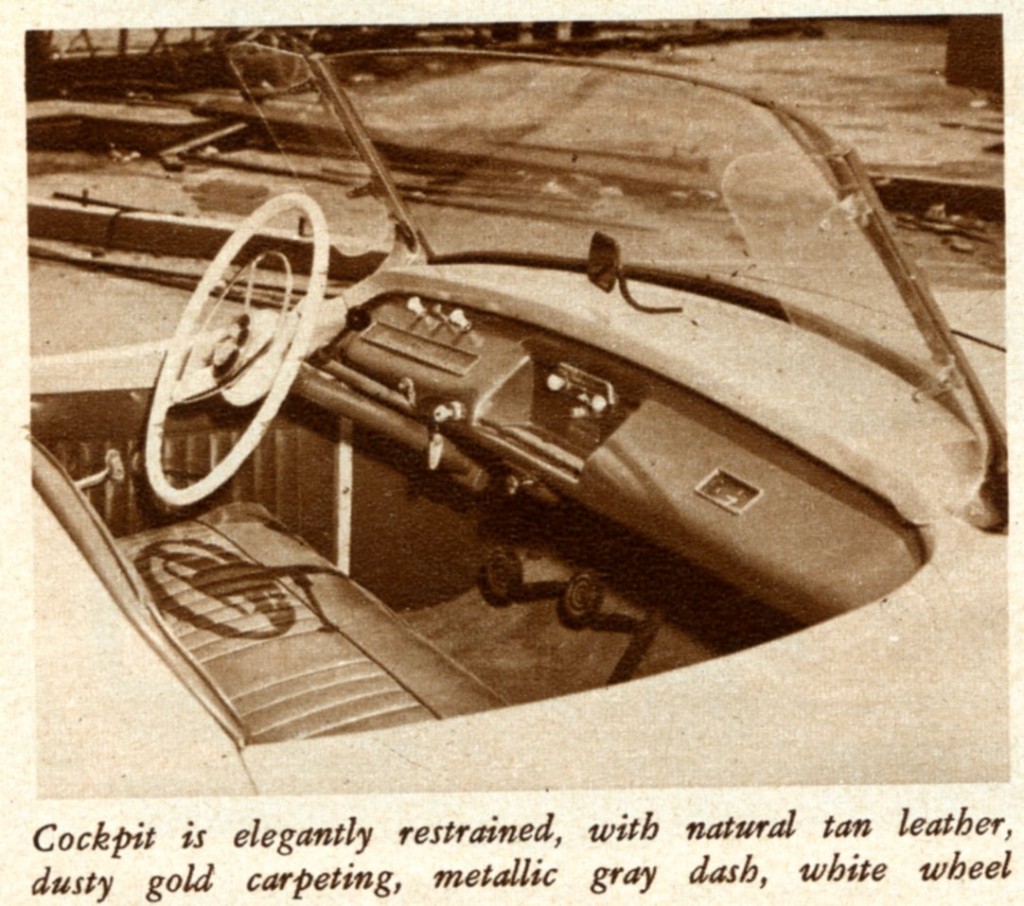 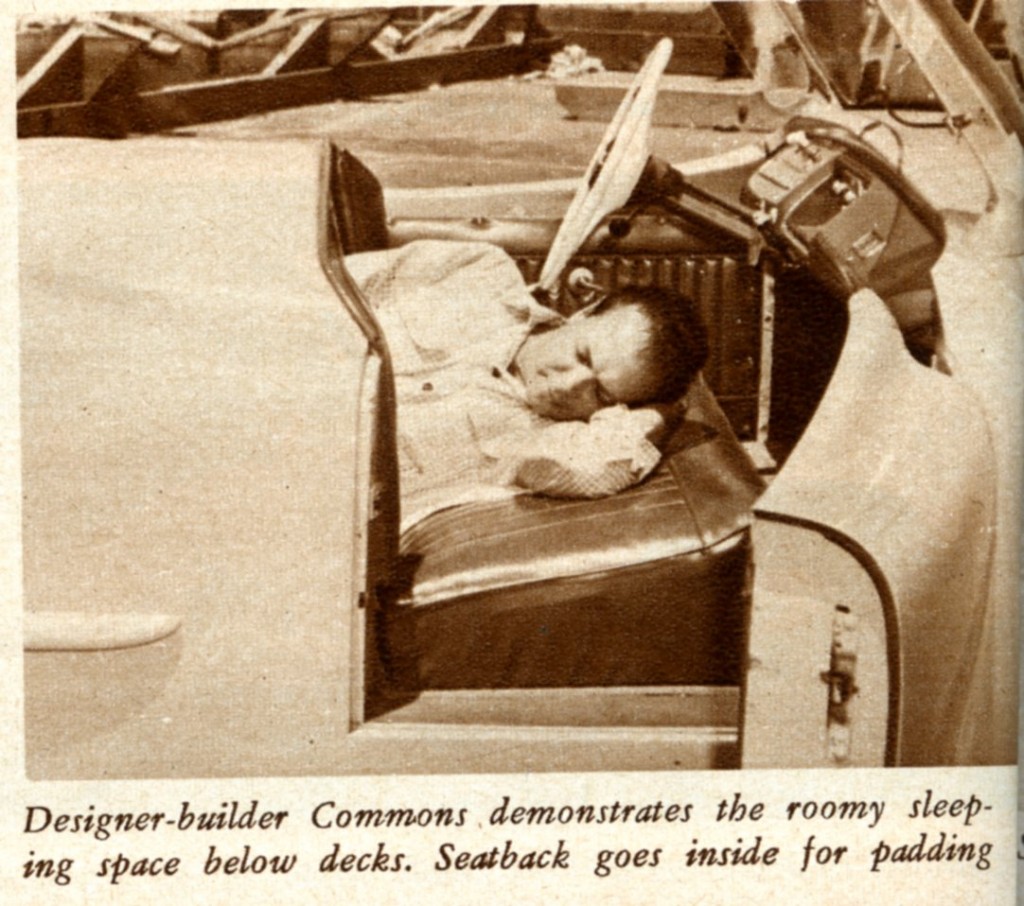 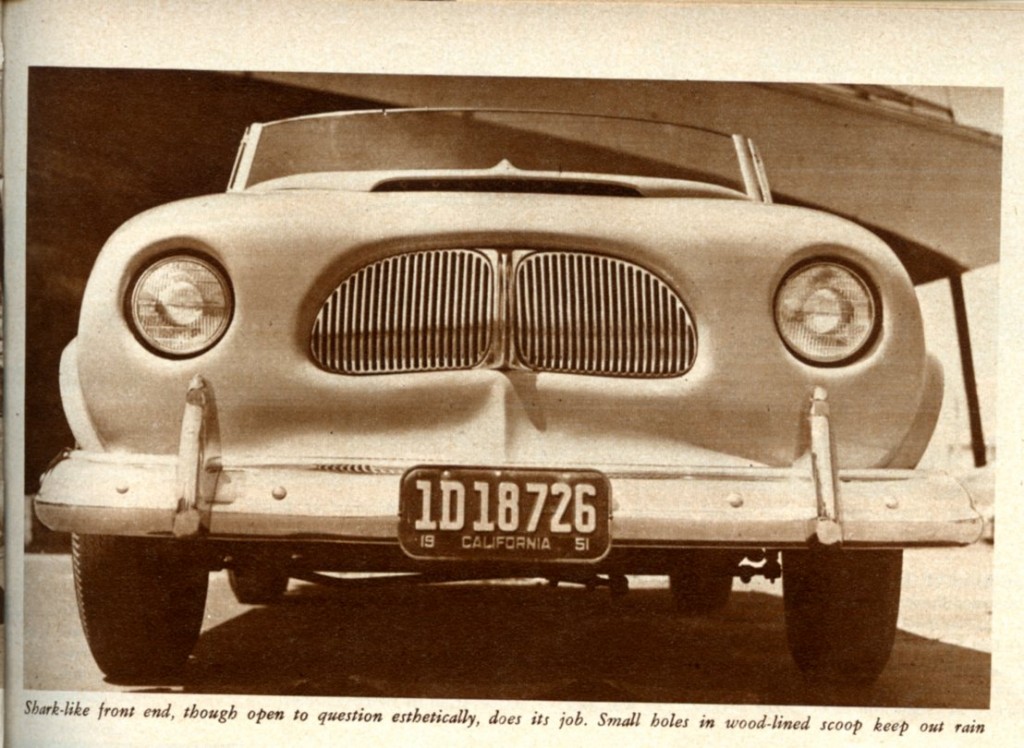 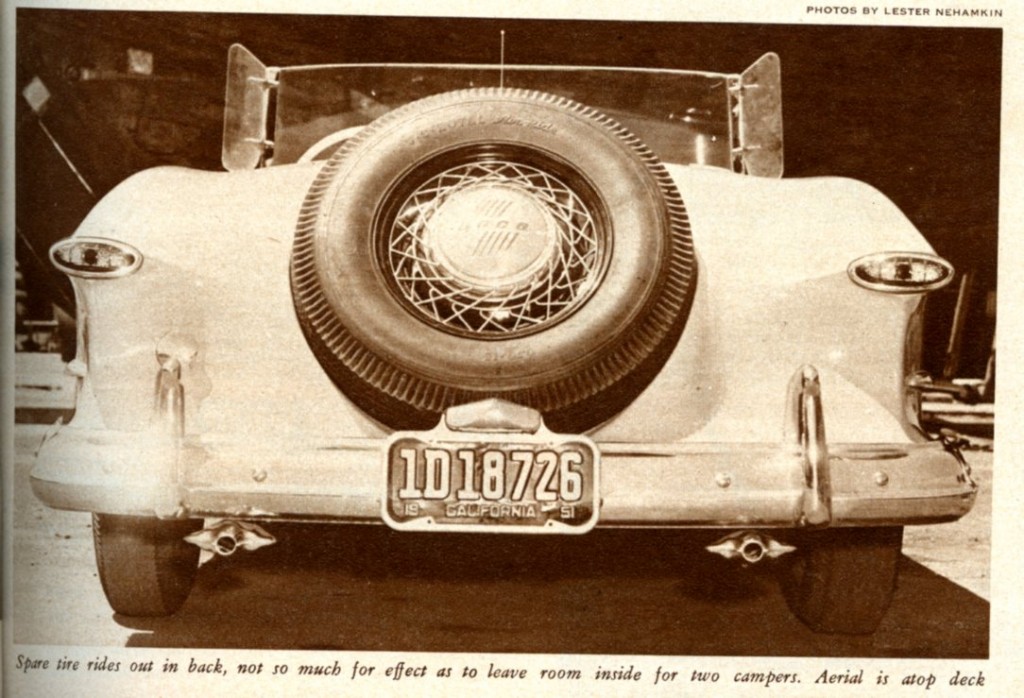 Curiously, in an article in Cars Magazine that ran in December, ’53, this car was called the “Commons Crusader.”  Perhaps this “Special” got “its groove on” and found a name in just a few months flat.  Click here to review the article about the Commons Crusader. 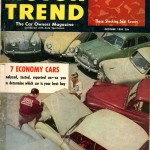 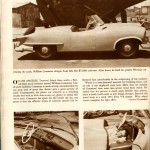 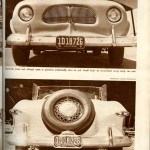 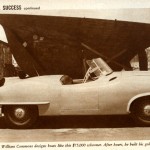 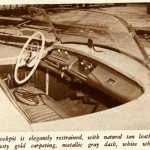 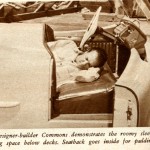 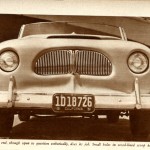 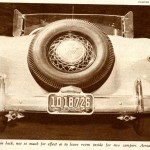 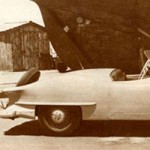