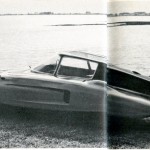 Great Shot Near The Water In St. Petersburg, Florida. Think Of How This Looked On The Road Back In 1961! I’m Sure Henry Covington And His Sons Had A Ball In It.

Many of you know that my first fiberglass car was a “Shark” roadster.  The story about my finding the Shark and restoring it represents the beginning of everything we know today as “Forgotten Fiberglass.”

The Shark was not my first car – instead – my first car was a 1955 Cadillac Fleetwood serial number 556044492 that I started restoring with my grandfather at age 14 – but who can remember such things.  However, the Shark was the first “fiberglass” car that I found, bought, and restored.  And in 1980 when I bought it, it truly was “forgotten” making it a harbinger of what was to follow.

The “Shark” also led to my friendship with Rick D’Louhy.

I was just 18 years old in August 1980 when I found the shark – Rick was 31.  Rick knew the car had been sold, but asked the seller if he could get in contact with the new owner.  Rick had some history for the new owner that he felt would be interesting.  The “history” was the very article that I’m sharing with you in today’s story about the Tiburon Coupe by Henry Covington.

This selfless act on Rick’s part in providing key information about a car to its young naïve owner (me) ultimately led to a 30+ year friendship between Rick and I, our shared work on the research and development of “Forgotten Fiberglass,” and our desire to help others gain information about their “forgotten” fiberglass cars.  You can see why the “Shark” is a very special car to me. 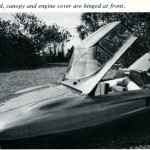 The Caption Noted Here Was, “Front lid, canopy, and engine cover are hinged at front.”

This is the first magazine article that appeared on Covington’s Tiburon or “Shark.”  Here’s what the Road & Track article had to say:

A Shark You Can Park

When a one-time sculptor, who owns a 1950 4-CV Renault, knows an expert aerodynamicist, and finds that a neighbor has had 15 years’ experience in fiberglass molding, can an unusual special be far behind?  The answer, for Henry Covington, of St. Petersburg, Florida required two attempts, separated by several years, before his car reached its final form.

The first model, designed and built entirely by Covington, proved to have inadequate (4 inch) ground clearance and was subject to overheating.  He began planning the new version, combining his own ideas on proportion and form with the theories of the late Dr. Augustus Raspet of Mississippi State College, who had done experimental work on boundary layer control, and laminar flow airfoil configurations. 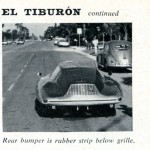 I Love The Design Of The Rear Of The Car. Checkout The VW Beetle To Passenger Front Right Of Shark.

They decided upon an oval cross section, hoping to relieve the side vacuums created by cross winds, and used a complete underpan with an inverted airfoil section near the front wheels in an attempt to create a low pressure area and, thus, improve roadability.  Large air ducts were designed into the sides to eliminate the over-heating problem, and the ground clearance was increased to 6 inches.

Dimensions of the finished car are: wheelbase, 82 inches; length, 159.5 inches, and tread 47.5 inches.  The combination of a 42.5 inch height and 73 inch width made it necessary to hinge the top canopy for entry and egress.  Also, a universal joint (procured from the local pump company) was inserted into the steering column, permitting the steering wheel to be moved 16 inches to the right, and facilitating entry into the driver’s seat.

Windshield and windows are made of 0.041 plexiglass.  While the headlights on this model must be bolted on for night driving, Covington states that they could be changed to regular pop-up lights without difficulty.

The color scheme is unusual, in keeping with the rest of the car.  It begins with a dead-white bottom, blending into a light metallic blue on the sides, and ending in a dark metallic charcoal gray on top.  This, of course, gave rise to the car’s nickname, “El Tiburon” (Spanish for shark). 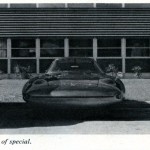 No precise performance figures are available for the Covington Special, but the owner states that with the original 21-bhp Renault engine, it has reached a 74 mph (uncorrected) speedometer reading.  After installing a “greatly modified” 1959 Dauphine engine, he went through a measured mile in slightly more than 30 seconds, and recorded a 0-60 time in 16 seconds.

However, performance figures aside, Henry Covington can be certain that he has one of the most superbly disguised 1950 4-CV Renaults in existence.  In fact, the car has elicited so much interest that Covington plans to produce the fiberglass shells in limited quantity for public consumption.

I found the Tiburon Coupe that I now own in late 2005, and brought it home to Tampa Florida from California in the early part of the summer in 2006.  While it’s not the prototype Tiburon Coupe, it was the last one built, and remains the only known coupe in existence.

A local TV station did a short 3 minute piece on the history of its car and importance to the Tampa Bay Florida area.  You can play the video below by clicking on the “triangle” in the center of the screen:

I’m sorry I never had a chance to meet Henry Covington.  He passed away at age 38 on Sunday May 6th, 1962 – the month after his car made the cover of the April issue of Mechanix Illustrated.  I am fortunate to call the Covington family my friends, and Henry’s wife, Olga Covington, is doing great at 89 years young, and going strong.  We last spoke during the holidays – just over a month ago.   I’ll have more to share about these special cars in the near future. 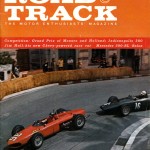 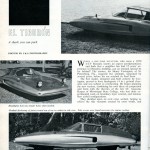 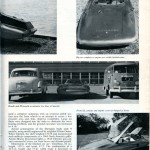 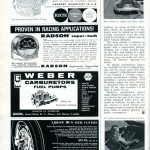 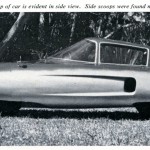 Great Shot Near The Water In St. Petersburg, Florida. Think Of How This Looked On The Road Back In 1961! I’m Sure Henry Covington And His Sons Had A Ball In It. 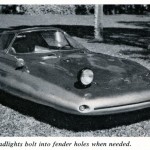 The Caption Noted Here Was, “Front lid, canopy, and engine cover are hinged at front.” 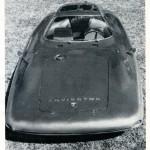 I Love The Design Of The Rear Of The Car. Checkout The VW Beetle To Passenger Front Right Of Shark. 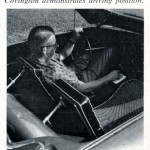 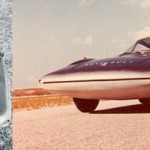