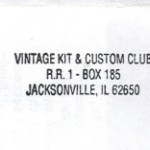 The Name Of The Club Started By Bill Craddock In 1993 Was The “Vintage Kit & Custom Club.” Bill Did A Great Job With Pulling Together Information In The Pre-Internet Age.

So little time…..so much to do.

Back in 2009, Rick and I were sending out e-mails as a companion to Jon Greuel’s website: http://www.ladawri.com/  These e-mails were a record of stories concerning vintage fiberglass cars as well as humor – or at least our attempt at trying.

Some of you may remember when we were doing this, and it was those e-mails that eventually evolved into our current website – https://www.undiscoveredclassics.com/ (each of you still get e-mails from me notifying you of new stories – so you’re not off the hook yet!).

During one of our whirlwind trips in the summer of 2009, I sat down and banged out a humor piece about the “First Forgotten Fiberglass Concours d’Elegance.”  This e-mail was actually important to us in that it recognized the early efforts of Bill Craddock of Jacksonville, Illinois, and his attempt to start the “Vintage Kit & Custom Club” back in 1993.  We were on our way to visit Bill and had some cars in tow.

I thought some of you might enjoy what we shared in that e-mail and some of the pictures too.

Here’s an excerpt of our e-mail: 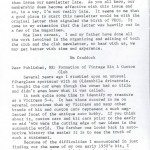 Here’s The First Page Of Bill’s Newsletter – Both The First And Second Pages Are In The Gallery Of Photos Below.

I had found my red Stardust and Rick had found an Irwin Lancer and although we both had been out of touch for many years, we somehow contacted each other about the cars we just found, and that began the research pursuit which we’ve been on for several years straight.

I guess it’s fitting that we have my original Stardust in tow and on its way to the Vintage Fiberglass Concours d’ Elegance on such a day as today..but more about that later.

Clyde and Clyde Senior both winter in Florida – fairly close to where I live.  I met them both last year when they were down for the winter and we had hooked up via our fiberglass website.  What great people they both are.  Very fun with a great sense of humor.  I gave them a copy of Johnny Dark which features a Grantham Stardust and several other of the cars we enjoy.  See our website for more info on this movie. 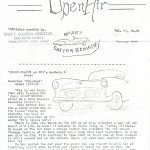 Here’s The Front Page of The Sport Custom Registry’s “Open Air” Newsletter From January 1977. It Featured Clyde Petty’s Grantham Stardust And A Request For Help In Research. The First and Second Page Of This Newsletter Appear In The Gallery Of Pictures Below.

I had reminded Clyde Senior that I had seen an article about his car in the Sport Custom Registry published in 1977.  He had forgotten about this and I pulled out my copy to show him (attached for your review as well) – these are great sources of information and I put them online for all of us to see.

The problem with Grantham Stardusts is similar to many of the cars we like.  There were too few built and fewer remain restored.  In fact…many of our cars are just now entering restoration including a few of mine.  I’ve found 4 Stardusts so far, and visited David Delucca nearSacramento California to see his family’s car last year.  But until now, I could not get a Stardust in an open area to shoot pix – so everyone could appreciate their beauty.

The Stardust has a 110 inch wheelbase which is only exceeded by two cars I can think of.  A Victress S4 at 116 inches and a Maverick Sportster – which I’m carrying with me and has a 126 inch wheelbase.  Most others are 99 to 100 inches or less.

And…thanks to Clyde and his father for a pair of V12 heads for my project.  I’m beginning to lay the groundwork for the restoration of my Stardust (more about this later) and since the wheelbase is typically longer than most fiberglass cars….I thought that the name “V-12 Grantham Stardust” had a good ring to it.

Thanks to both Clydes!  You honor me with your confidence that I will get my Stardust done.  By the way….they have started on their restoration and it may be quite a bit along this year.  More to follow in future months as we monitor their progress. 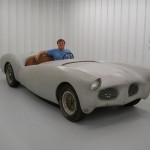 Here’s A Great 3/4 Front Shot of Clyde Petty’s Grantham Stardust. This Was One Of The Cars That Starred In The 1954 “Johnny Dark” Movie Too!

But wait….there’s more to do today.

We have to dash down to our friend Bill Craddock who is holding the first annual Vintage Kit car show in Jacksonville Illinois.  It’s fitting it’s being hosted by Bill.  He was the first to attempt to bond people together and create a community that recognized and supported these cars.

While many individuals saw value and interest in these cars from the 1970’s forward….only Bill Craddock had the gumption to put rubber to the road and begin creating a community.  (Tim Hutchins of Iowa did this earlier/1970’s in Iowa via the Sport Custom Registry which included fiberglass cars, but Bill Craddock was the first to focus just on this aspect of the car hobby.).

Bill’s attempt lasted just two issues, but…I have always appreciated his approach and energy as the first in trying to get this area of interest “jump started”.  So…we arrived at Jacksonville Illinois, unloaded our cars and….viola….we had the “First Annual Forgotten Fiberglass Concours d’ Elegance.” 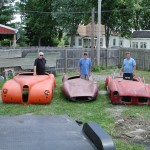 By now you can tell that I was kidding about an actual show, but when we unloaded our cars, and positioned them on his grounds….it seemed the perfect setting for such a “show.”  As you review the pictures, you’ll see the “owners” of each of the car bodies standing with their cars (actually in their car bodies) while Concours de Elegance Judge, Dr. Rick D’Louhy inspects each of the cars through and through.

It’s only fitting that top honors were given to Bill Craddock showing the 1952 Maverick Sportster (Big Orange Moose), 2nd place awarded to his friend Del and the mystery body from Detroit, and 3rd place awarded to Geoff Hacker (me) and my 1953 Grantham Stardust body.

Well that’s not bad because I sold the car to my good friend Steve Cowdin of Colorado so it’s now a Concours d’ Elegance award winning car.  And Bill Craddock is holding the car for Steve’s arrival to pick up in the near future.  After the “show” ended at 1pm, we were off to Tim Ritter’s place in Southern Illinois to pick up the Grantham Stardust body I bought from Tim a few months back.

When I think about it, in this trip alone, I’ve seen 3 Grantham Stardust cars – and just 4 are known to exist.  Boy would it be neat to find some more of these.

So…off to Southern Illinois….and two hours later…we loaded up and returned back to Bill Craddock’s place.  Around midnight though.  See….I had to stop and do my chats with my students that I do online in the evenings.  This meant we would load the truck throughout the night.  More about that in the next e-mail.

The Name Of The Club Started By Bill Craddock In 1993 Was The “Vintage Kit & Custom Club.” Bill Did A Great Job With Pulling Together Information In The Pre-Internet Age.

Here’s The First Page Of Bill’s Newsletter – Both The First And Second Pages Are In The Gallery Of Photos Below. 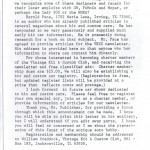 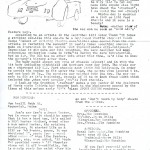 Here’s The Front Page of The Sport Custom Registry’s “Open Air” Newsletter From January 1977. It Featured Clyde Petty’s Grantham Stardust And A Request For Help In Research. The First and Second Page Of This Newsletter Appear In The Gallery Of Pictures Below.

Here’s A Great 3/4 Front Shot of Clyde Petty’s Grantham Stardust. This Was One Of The Cars That Starred In The 1954 “Johnny Dark” Movie Too! 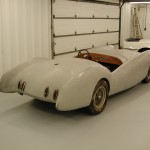 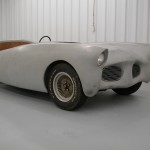 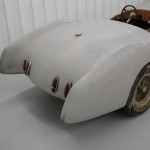 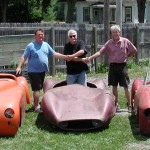 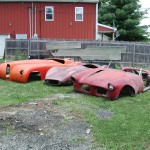 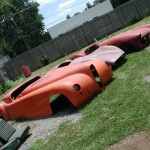 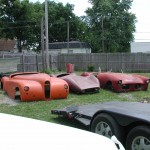 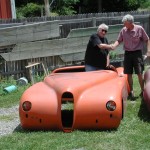 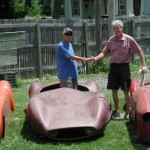 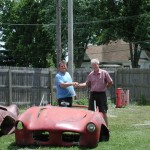 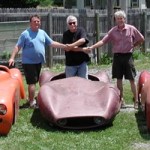