Forgotten Fiberglass is getting less “Forgotten” all the time.

Case in point…a Kellison owned purchased by Lord March of Great Britain.  I had first heard of this car from fiber-friend Guy Dirkin, and when the subject came up again last year with our new Kellison friend from Dubai, I asked him if he would be willing to share his knowledge about this car in a story here for us to share.

I’m honored that he said “yes” and let’s turn it over to him at this time.  From our “The Man From The Land of Sand (TMLS)” take it away 🙂 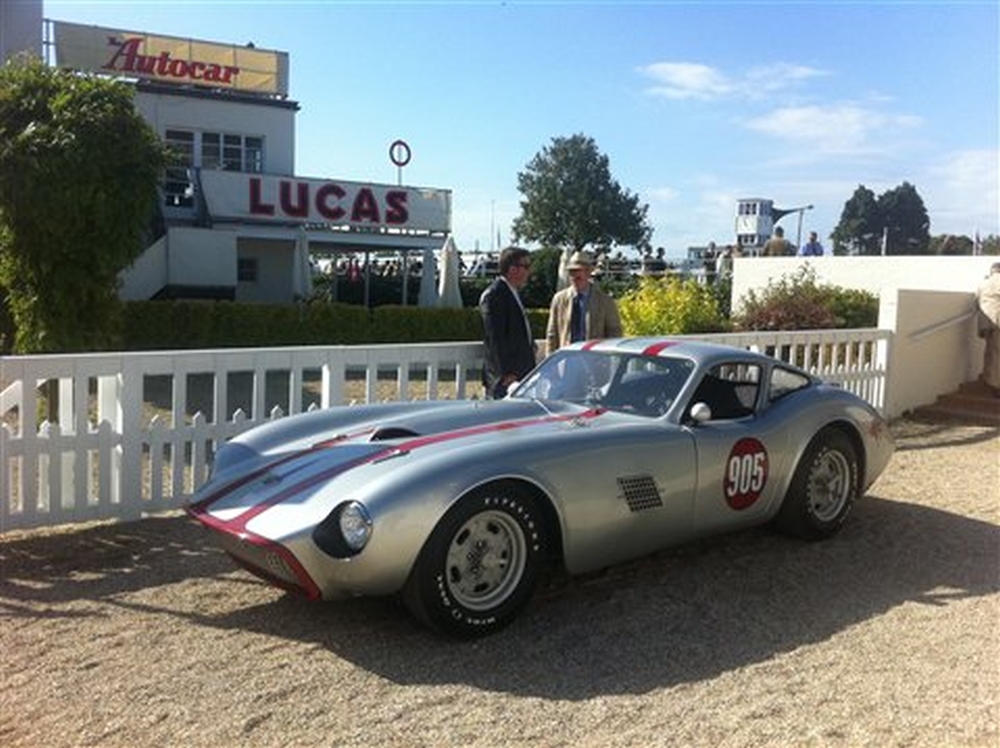 A few of you would have read a recent article I wrote for Forgotten Fiberglass titled “Kellison Fame Heads Overseas…“, but only a handful of people know the story I alluded to in there about another Panther I was on the hunt for before I bought mine.

Being an avid reader of BAT (and now FF as well), I look at every car listed there for about 5 years. Only when I saw the tribute Kellison 905 car I firmly stopped in my tracks. I asked myself, 1. What is it ? 2. How can I get my hands on it ?!

After doing some research and talking to the seller, I found the car to be at the steep end of my budget and by the time I had got things in order, the car was already sold.

Disappointed, I continued my hunt for another Kellison. Quite possibly the most affordable and well styled car (in my opinion) that I could enjoy and look after without bankrupting myself. 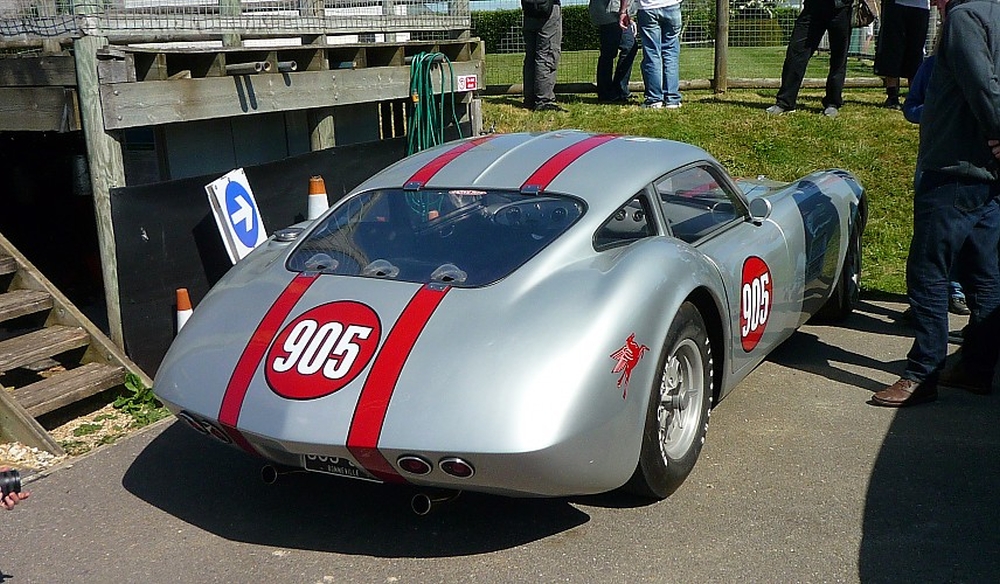 After 3 years of looking high and low, I went back to the BAT thread on the car I missed out to, only to find the comments and discussion there had expanded over time, still rattling on about Kellisons.

I wanted the car and with my built up frustration on finding another like it, threw out the question to BAT-ers on if they knew who the new owner was.  To my surprise, 10 minutes after my question was posted, I got an answer.

The new owner was none other than Lord March himself. The man behind the festivals we all continue to love at the venue known as GoodWood. 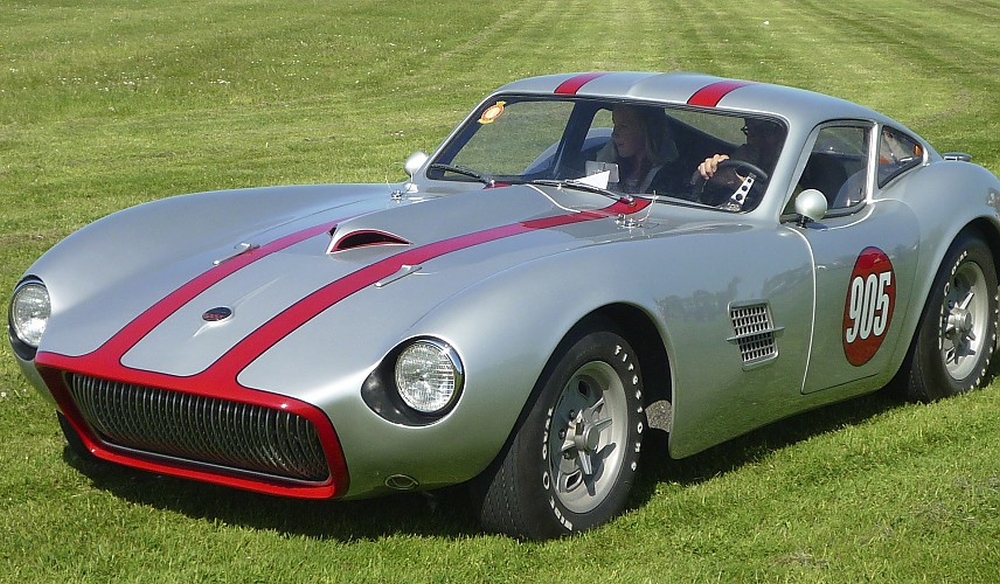 Having found out the identity of the owner, I could only now begin some mad pursuit of the car I originally wanted and in being further challenged to so by the skeptics, proceeded on my journey to reach out to Lord March and see if he would part company with it.

A bold idea and a even bolder notion, but if I did not ask – how would I know ? Besides, what harm could come from asking ?

Using the best of my Queens English accumulated over 8 years of studying in England, I proceeded to contact his PA (professional associate).

To my surprise yet again, came a response in less than 48 hours and before you know it, I was engaging on a one-to-one with the legend himself.

I found the car, what it had gone through and where it was. I even went as far as to reach out to the man who rebuilt the car and put in over 4000 man-hours with his team to produce what is easily – the most well put together Kellison on the planet.

Here is a youtube link to see him talking about his cars:

After much back and forth, it turns out that the car was this time, very far from my current capacity to obtain, but maybe one day I will actually look to gain custody of the original 905 car itself (if I can find it).

The fact is the car was not on the market. He loves the car and was in no hurry to part company with it unless someone put forward a healthy amount to do so. That he entertained the topic of conversation and was kind enough to engage me personally was something I cherished as an experience I will not forget anytime soon. A genuine petrol-head after all 🙂 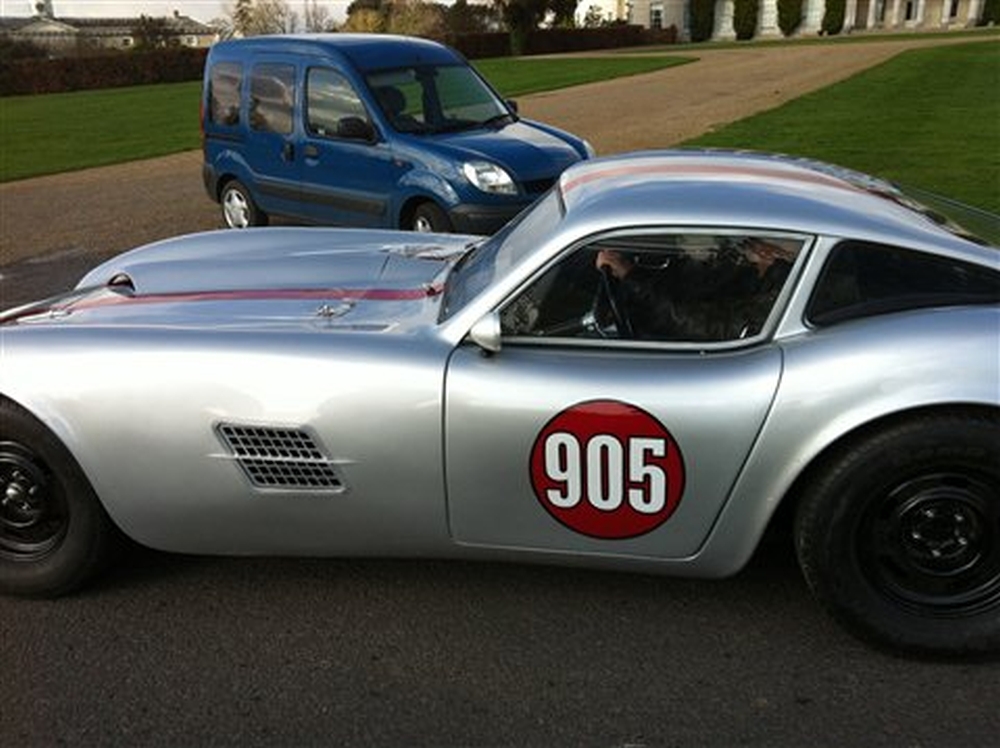 After narrating the story to Geoff, I can only think that he was right. Perhaps it was better that I did not acquire the car – for the profile of the Kellison car-kind itself and the rest of us who aspire to own one.

The hunt continued after that and you have seen the results of the great and clean car I managed to acquire. The work review has begun and I will be looking to get renderings done on what it will look like once completed. Its taken me almost 4 years to get here, so whats a few months in waiting for it to be completed ? 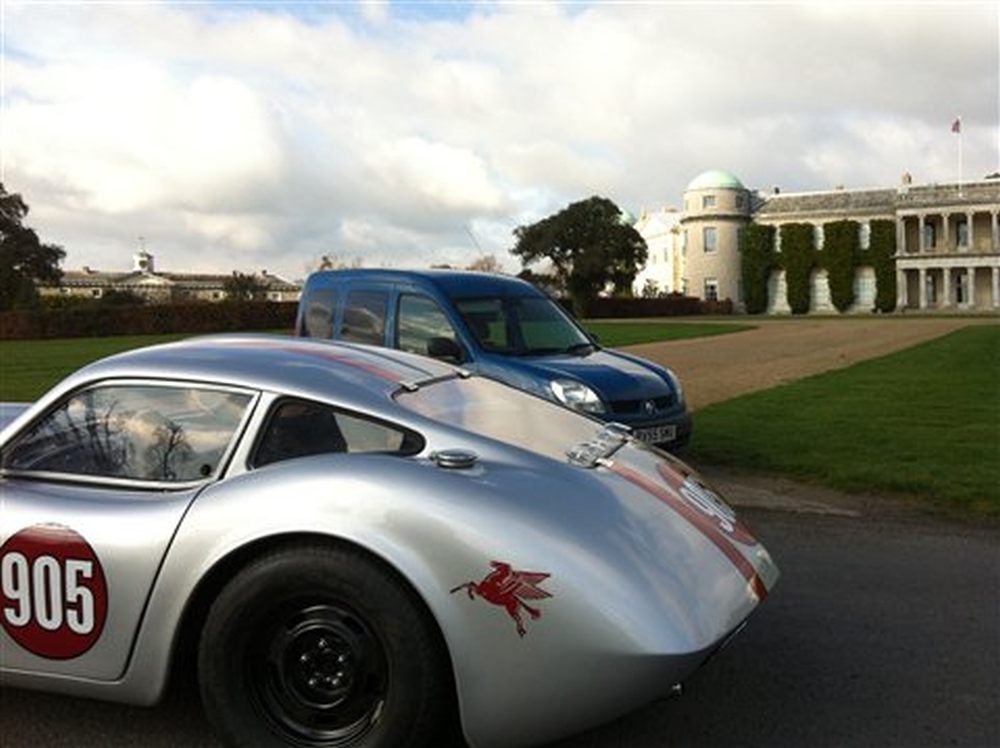 Its great to know that Kellisons are revered by the likes of Classic Car Royalty and I look forward to having my car keeping Lord Marchs Kellison (or Guy Dirkin’s and the like for that matter) in good company at GoodWood or another festival in the near future.

In the words of the Forgotten Fiberglass Founders – Glass on Gang…..glass on….

It’s a stunning car and I’m glad our friend from Dubai took the time to share with us his appreciation of the Kellison and his journey on meeting its owner – Lord March himself.  And I agree with the points made in the story above – it’s great to have celebrity ownership of some of our cars.  But if this starts happening too often gang….I’ll have to change the name of our website!

Hope you enjoyed the story, thanks to TMLS for his authorship today, and remember gang…