Let’s give a great big Forgotten Fiberglass welcome to our newest members – 16 year old Nick Bujnowski, his father Pete, and their brand new rarin’ to be restored Woodill Wildfire. 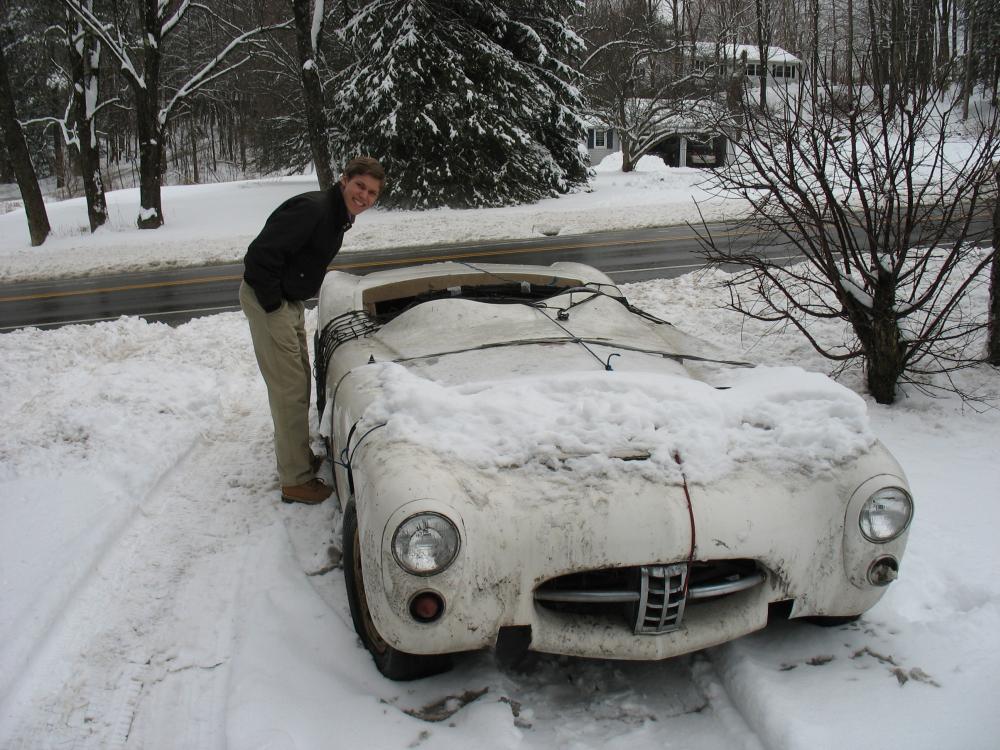 Pete (father) has been into fiberglass sports cars for years with a great appreciation for restoring and driving vintage Corvettes.  Here’s what he recently shared with me about their family interest and Nick’s first car:

Geoff….I know you’re not into new glass but am forwarding my son’s first car (photos below). I bought it when he was born and we worked on it slowly because we didn’t need it until he was 16.

The day came and last May he got his new keys to his first old car. The glass work/paint is what I like to do, however we do all the work ourselves, glass, paint interiors, engines, etc in house except for the block and head machining.

Here are some photos of Nick working on his Corvette over the years: 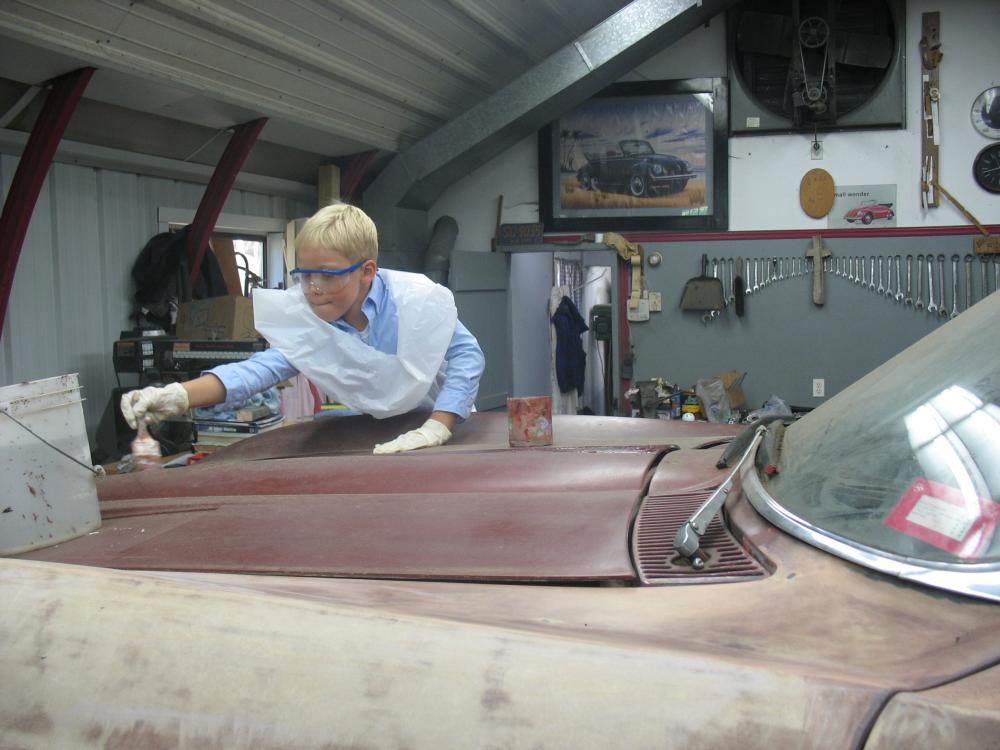 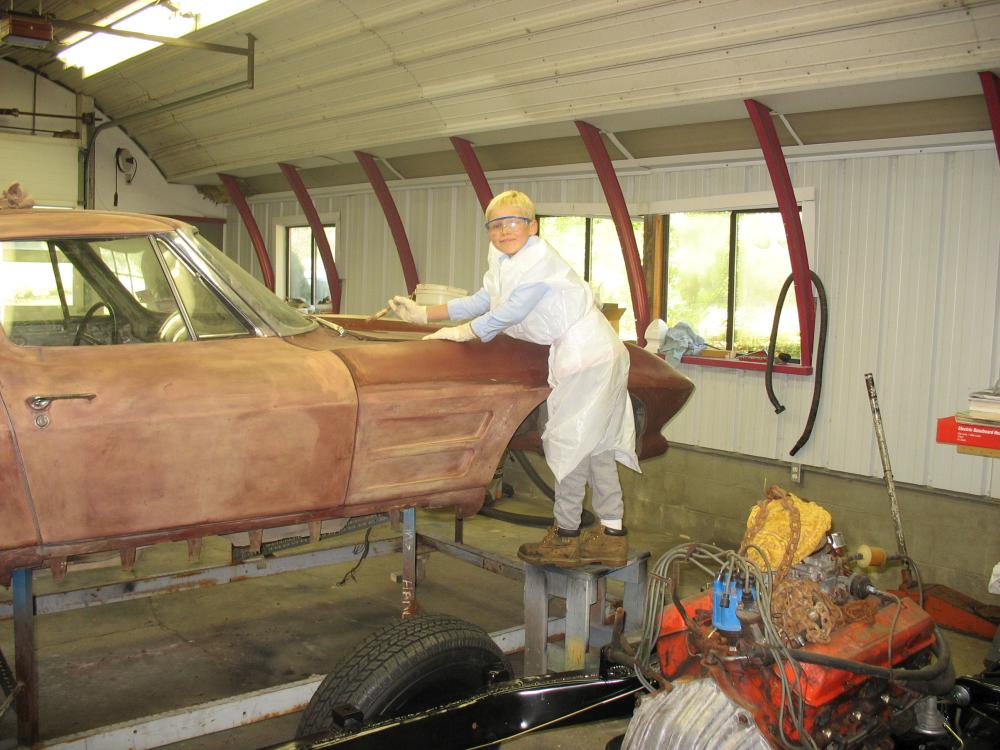 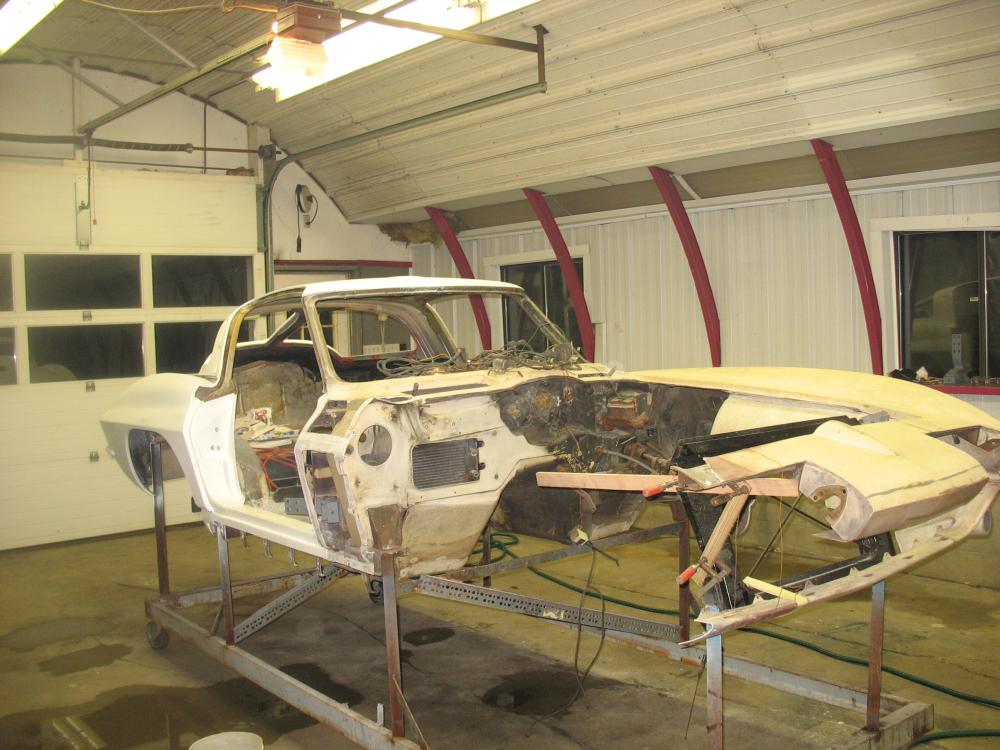 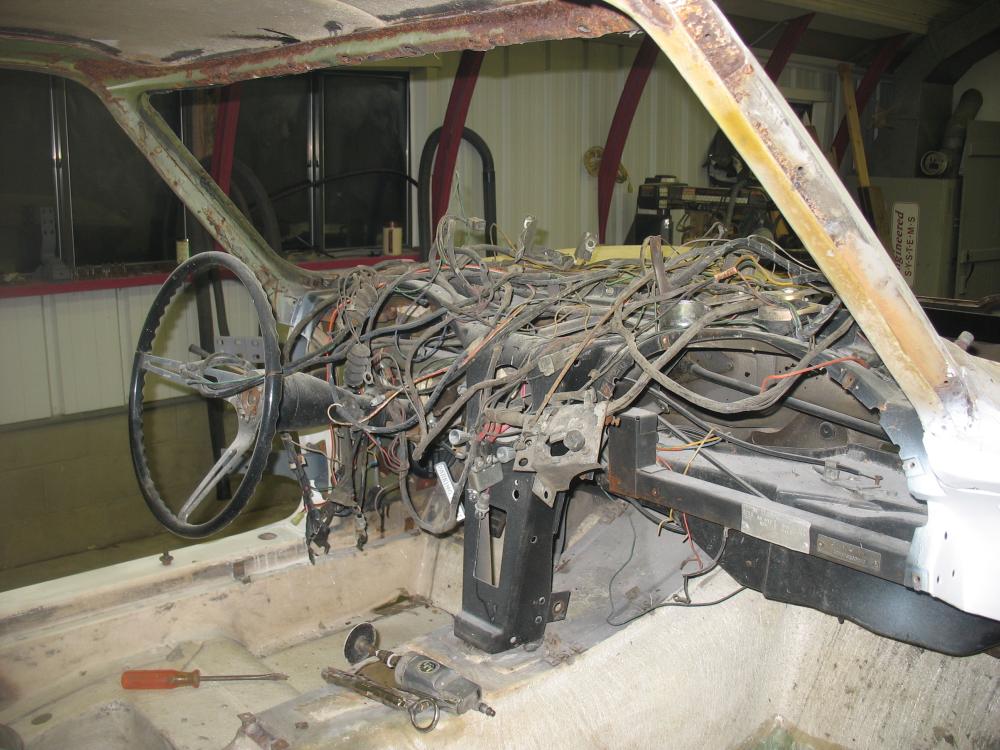 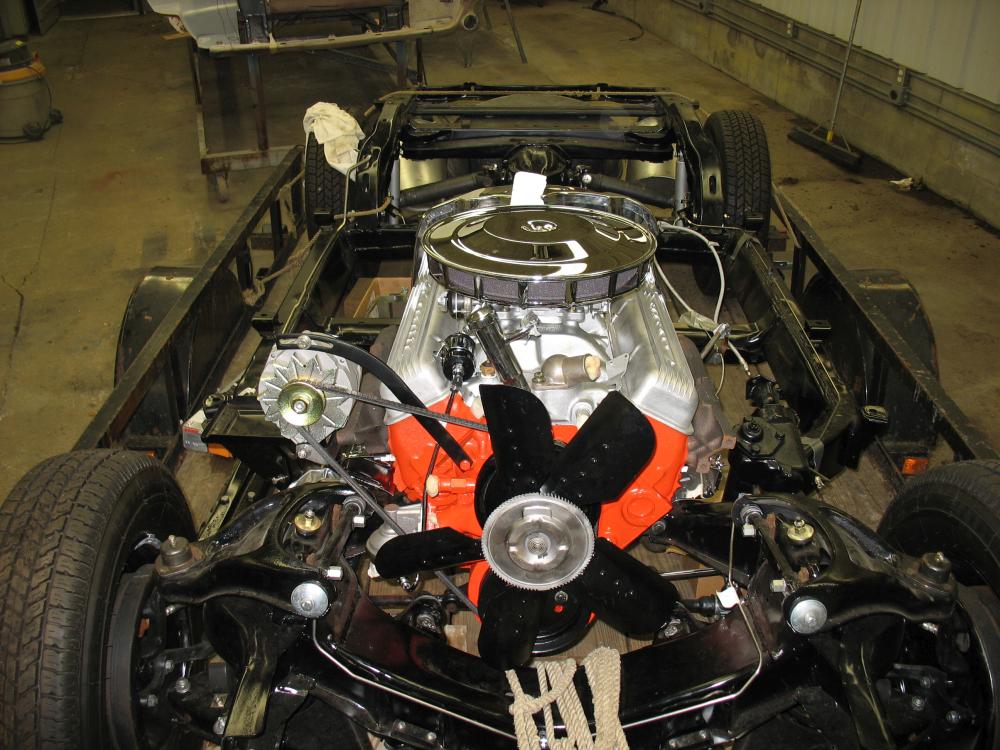 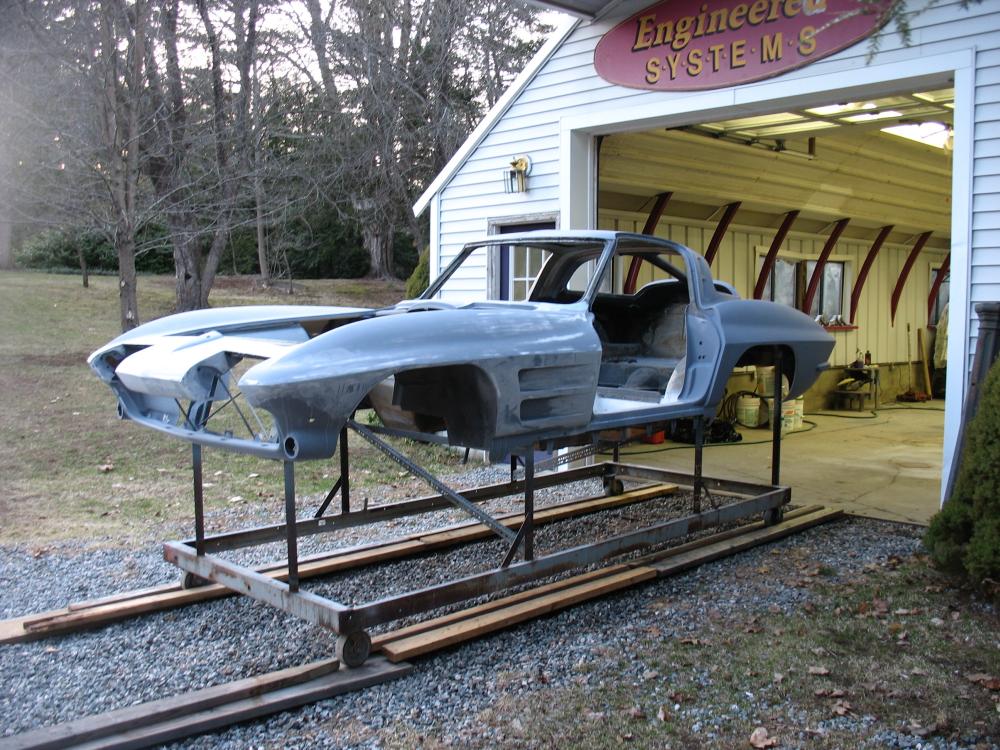 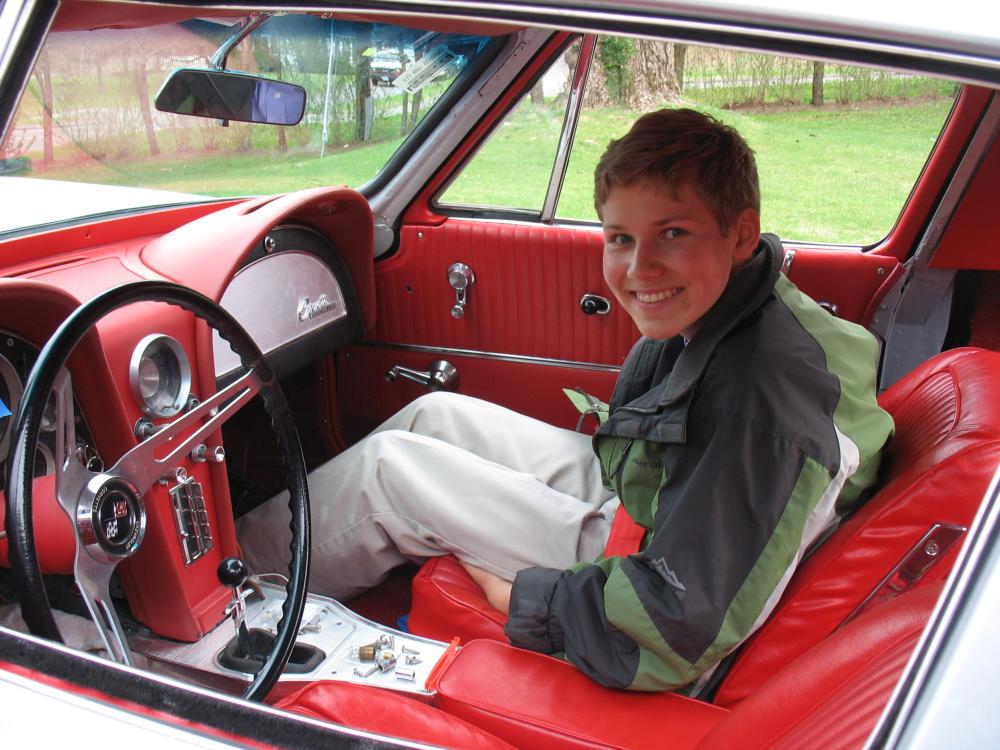 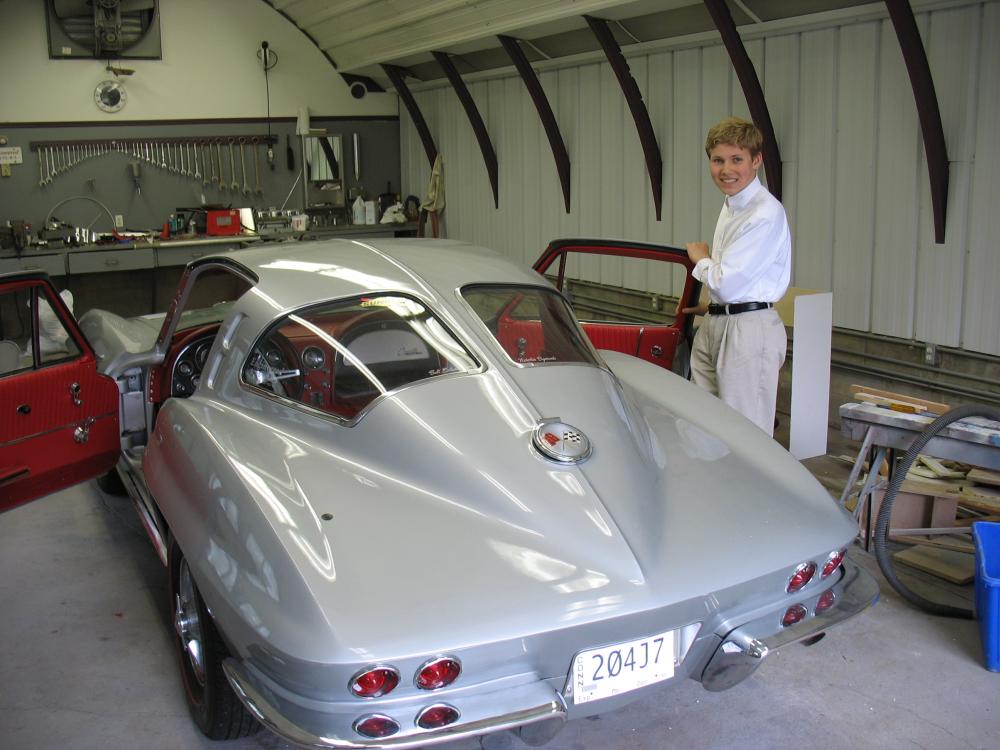 Well….on their way to getting their second father/son car together late last year – a 1954 Corvette needing restoration – a funny thing happened.  The deal fell through leaving Nick ready for a car and looking elsewhere.  And when he saw that one of our good fiber friends – Alan Paoli from el Paso, Texas – was selling one of his unrestored Woodill Wildfires, Nick pounced on the car and struck a deal directly with Alan – much to his father’s surprise.

Nick was now a proud new owner of a Woodill Wildfire – serial number 9904 originally sold on April 26th, 1954 to Tex Roberts.  Woodill Wildfire records indicate this Wildfire was originally configured for a Chrysler-Ford which most likely meant Chrysler power and Ford suspension and axles.  That’s all we know at this time and we are now hunting for more vintage information about the Tex Roberts Wildfire.

Here’s how Nick’s Wildfire looked several years ago when I paid Alan Paoli a visit at his el Paso, Texas home: 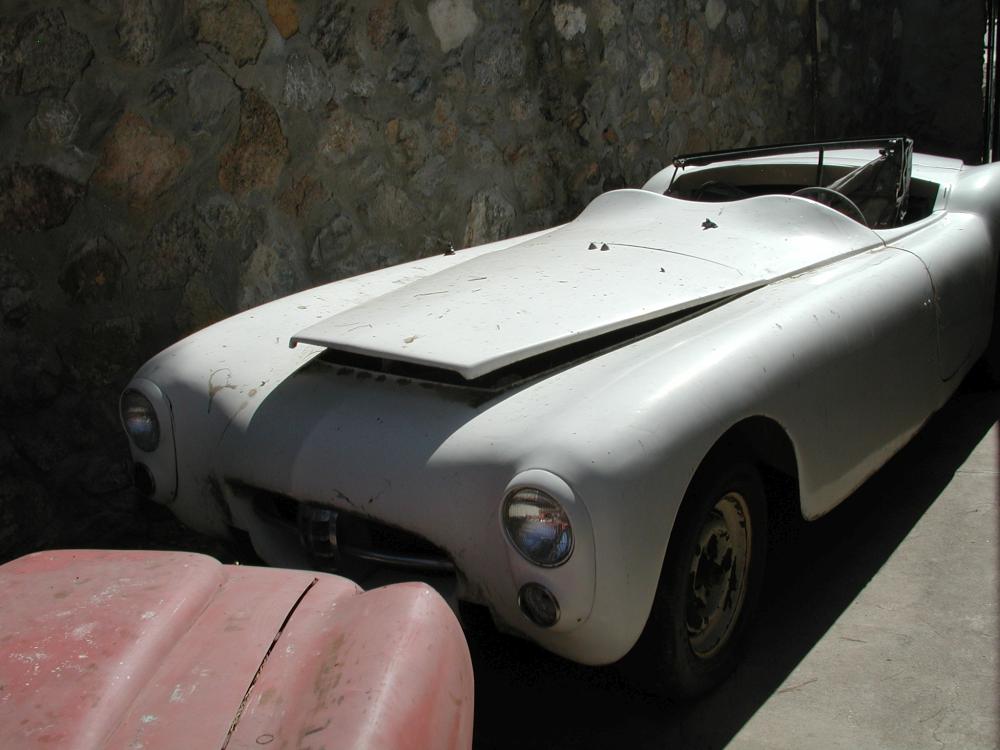 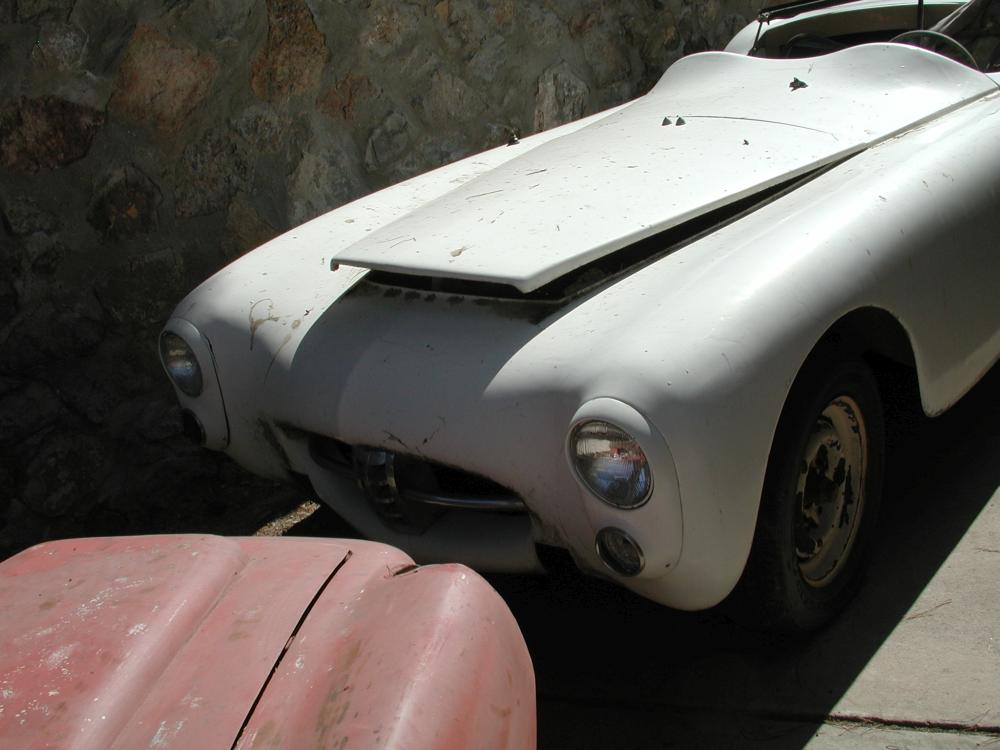 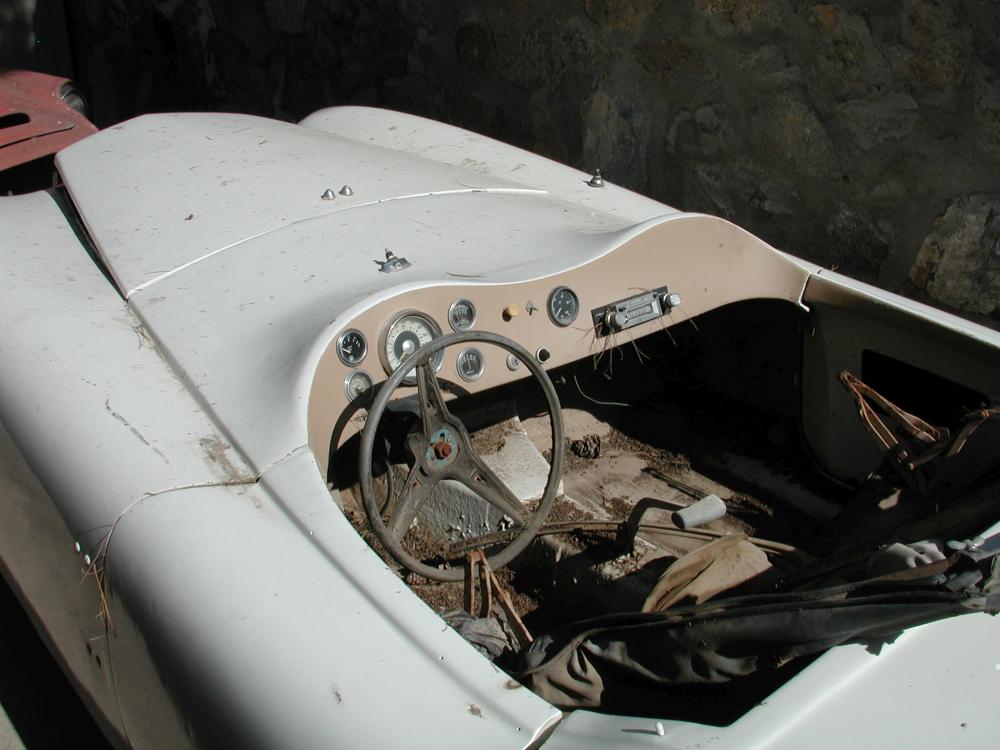 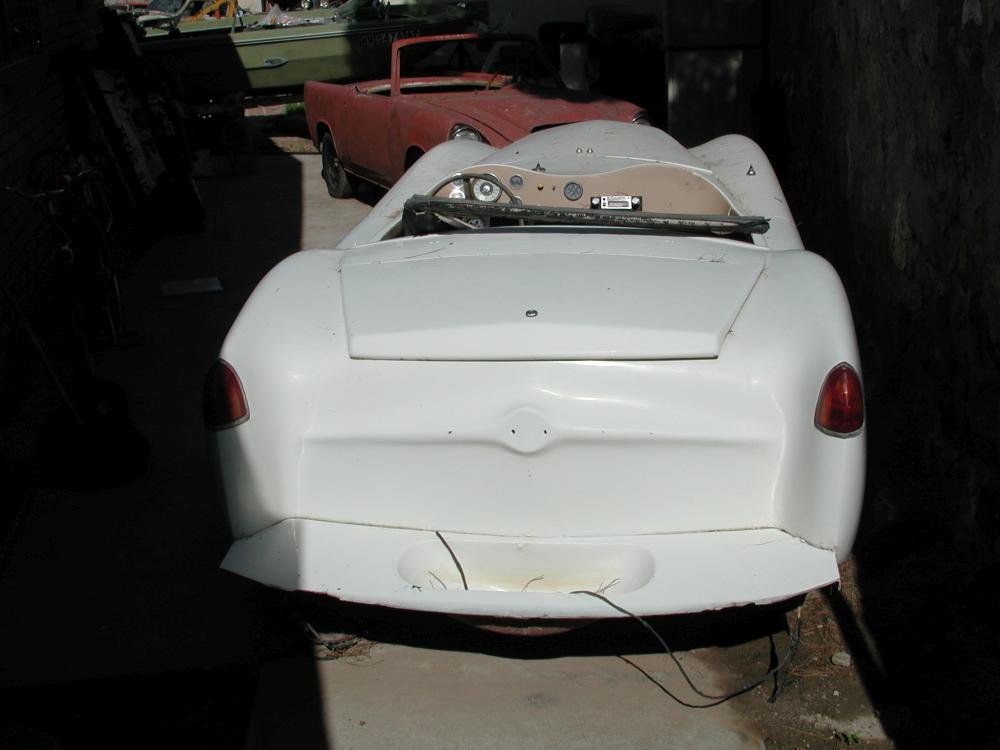 I asked Pete for photos of the Wildfire when it arrived at their Connecticut home and was pleased to see them – and learn that work on the car has already begun.  Here’s what Pete shared with me earlier this week, with photos posted below Pete’s words:

That is the car about 3 weeks ago it looks a little different now. The body is on the rolling rack and we started the stripping process. We have been getting our fair share of snow which hinders long periods of constructive work.

Constant digging out of the shop, heating the building, moving equipment etc interferes with productivity, so we have moved the body into the house for the next month to stay on track (there is a heated basement). The goal is to have it stripped by mid March then start on the floors when we get back. 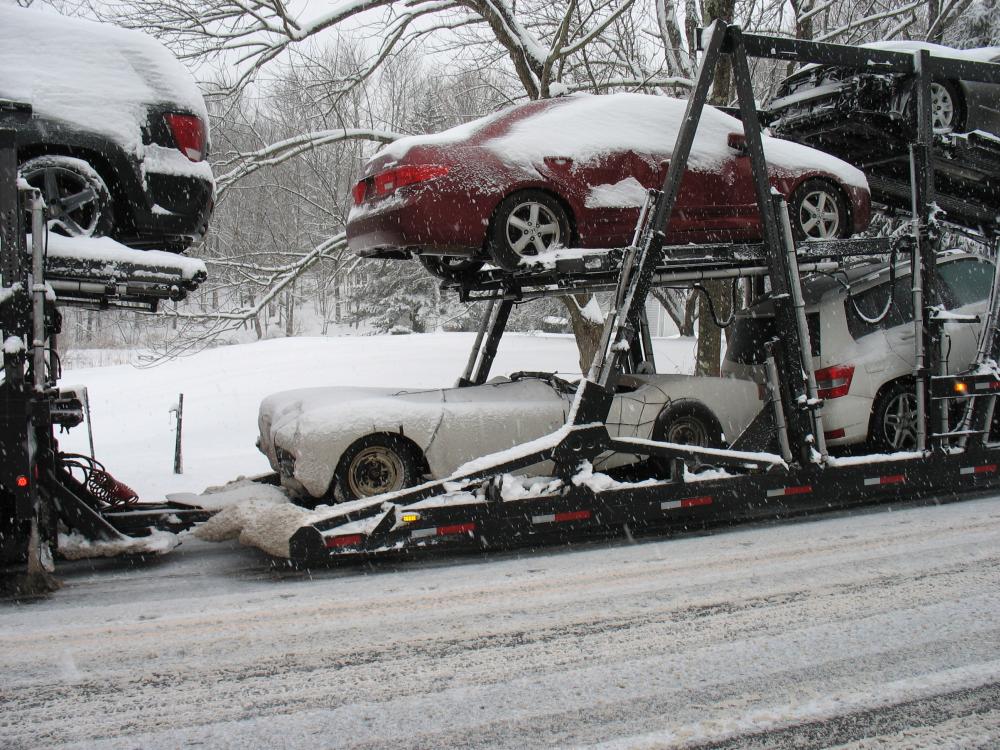 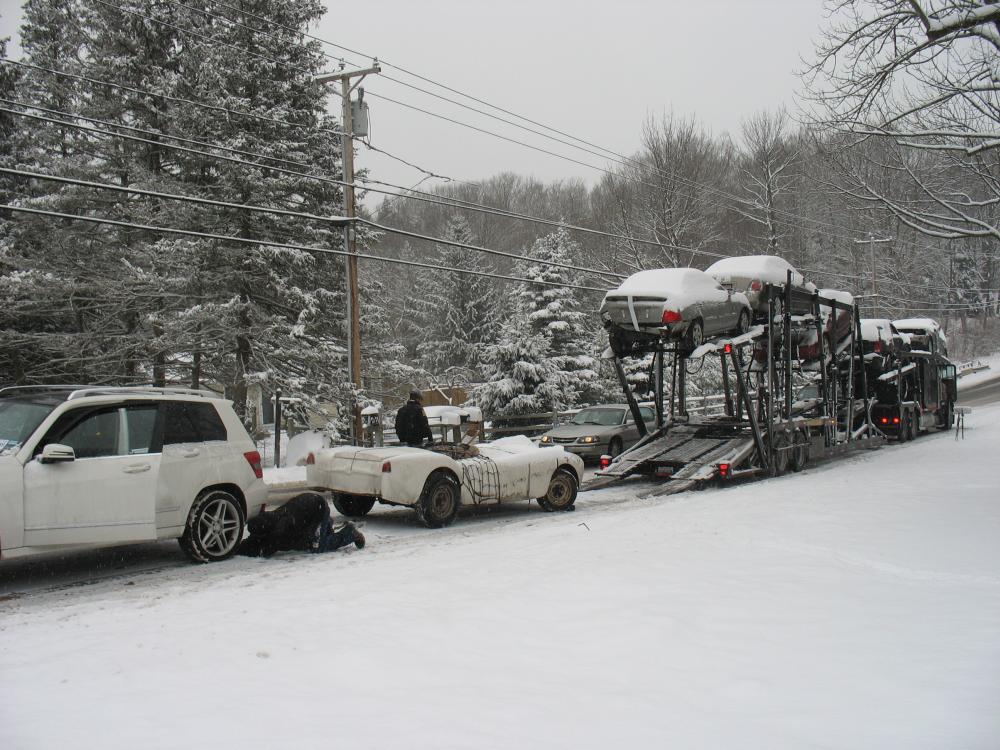 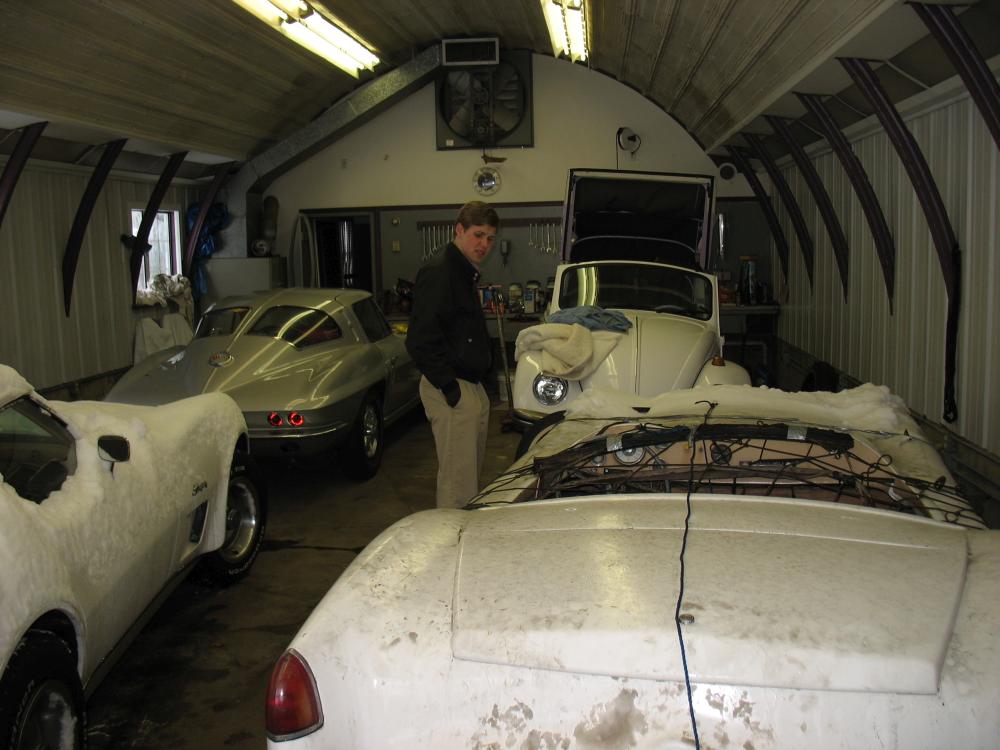 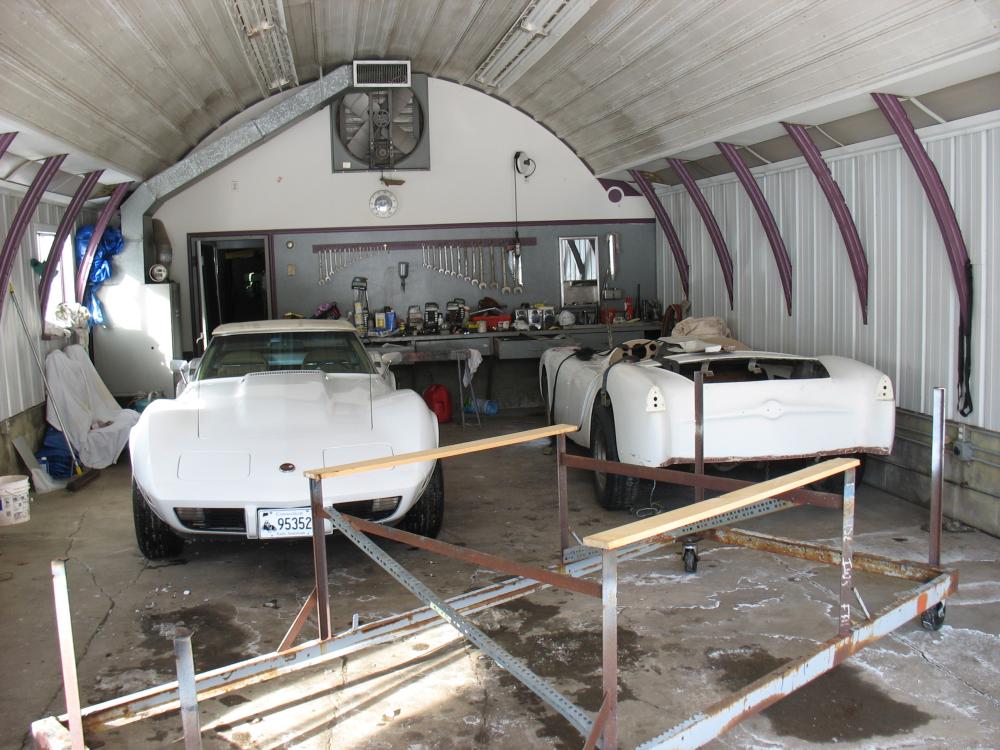 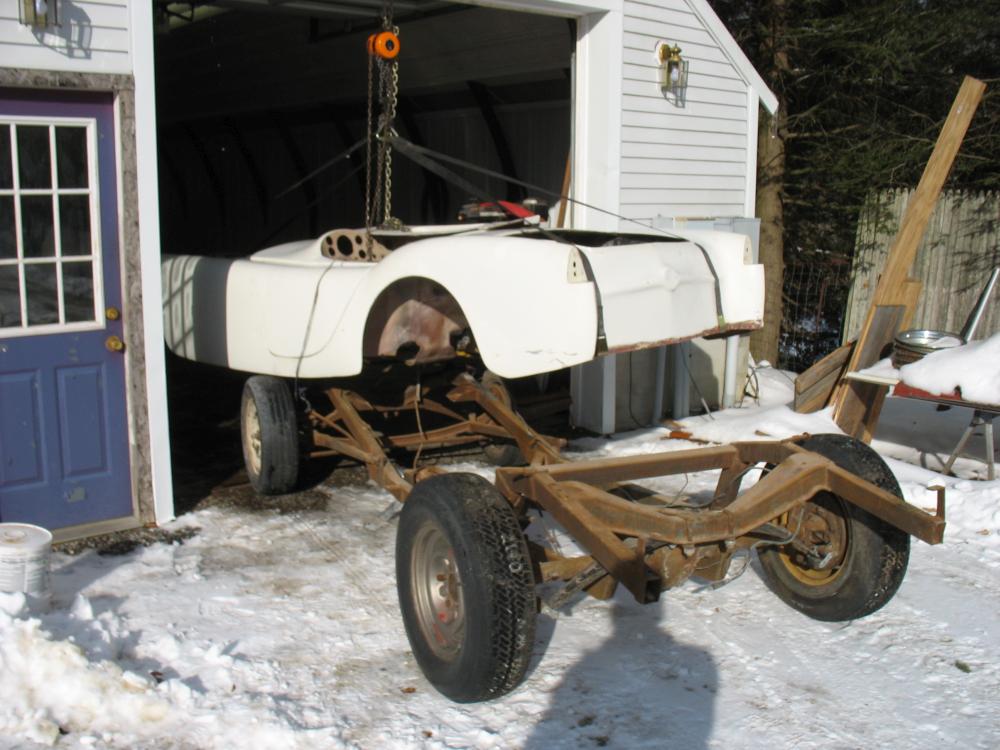 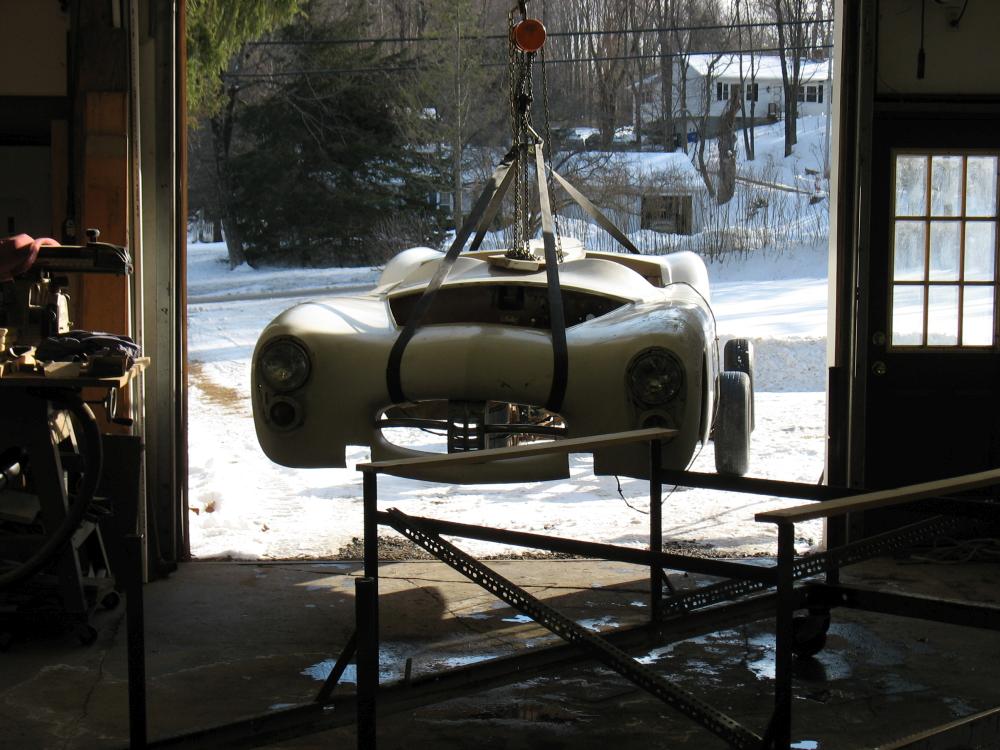 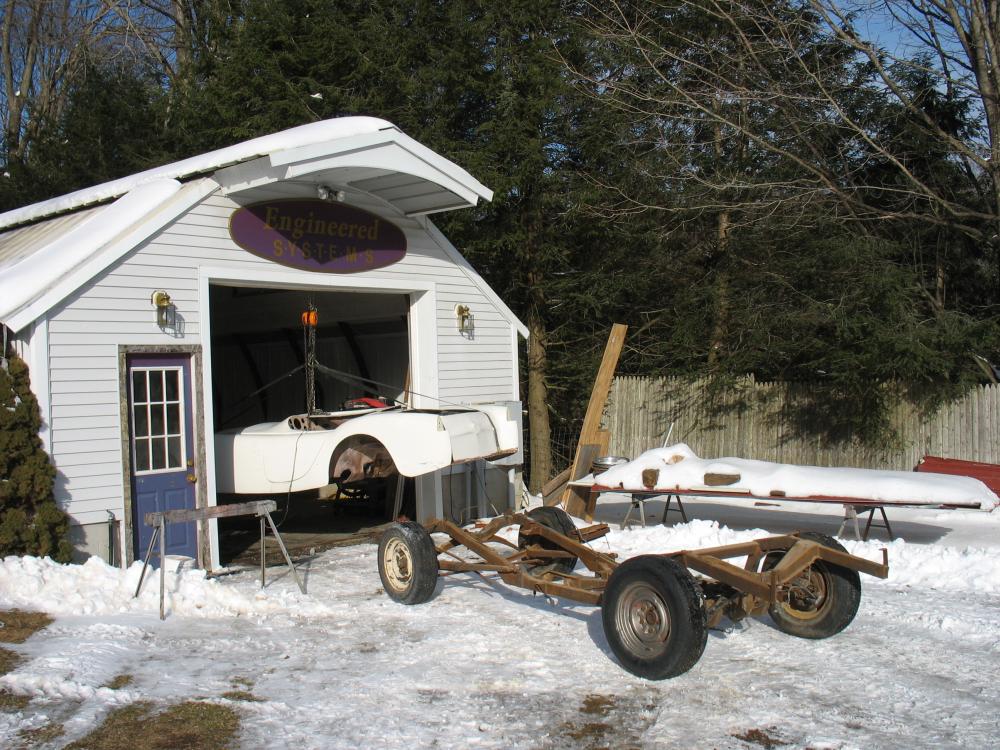 Who lets a little cold and snow slow down their enthusiasm for work???  Not Nick – that’s for sure!  And how many of you have worked on cars and their associated parts right inside your home?  Count me in on that one too 🙂

We look forward to hearing more about the progress of this car from both Nick and Pete Bujnowski.  And..we hope to meet them in person at the 2015 Amelia Island Concours d’Elegance on Sunday March 15th – just about 30 days from now.

I’ve encourage both of them to join us not just for the wonderful event Amelia is, but to also meet two original Wildfire owners who who have their cars with them at the show – Ted Griffin and Dick Foster.  And….we’re excited that Phil Cox – Woodill Wildfire employee from 1956 to 1957 will be joining us too at Amelia.

What better way to kick off a special restoration for a newcomer to the Wildfire group than to have some of our finest people and veteran Wildfire enthusiasts extend a hand of friendship and help in every way.

Let Nick and Pete know your thoughts by posting a comment or two with words of encouragement gang.  Let ’em know how you feel and wish them well – as all of us do here at Forgotten Fiberglass.