B. R. “Woody” Woodill was a visionary, promoter, and entrepreneur.

He had just shown his Woodill Wildfire at the November 1952 Petersen Motorama, and wanted it to become the next sports car offered by a major automobile manufacturer.  He was going to do his darndest to make this happen, and the timing was right to do it with an Independent Automobile Manufacturer like Willys.  Things were looking good.  And….how does that phrase go???  Something like:

Woody Woodill certainly embodied every word of that famous phrase.

Woody Woodill was that – and everything more.

So…it shouldn’t surprise any of us that on February 2nd, 1953 when Time Magazine ran an article that included the latest and greatest sports cars on the market, Woody’s Woodill Wildfire appeared as part of the article.  If nothing else, Woody was one outstanding promoter and the appearance should confirm all suspicion of his skill.

Here’s what the short piece said in Time Magazine:

“Woodill Wildfire, a brand new 100 mph plastic sports car, made its debut in California last fall.  Fourteen feet long, with a 101 inch wheelbase, it has a one-piece molded Fiberglass and plastic body set on a Willys chassis, uses a standard Willys 6-cylinder, 100 horsepower engine capable of getting up to 35 miles per gallon.  The car will be stocked by Willys dealers some time in April.  Cost: $3263.00  For an extra $350, the engine will be souped up to 135 horsepower increasing top speed to 125 mph.”

This particular Wildfire is called a “Series 1 Wildfire” because it uses a standard Glasspar G2 body, and has 3 major modifications:

The standard “Series 2” Woodill Wildfire wouldn’t be designed and released until August 1953.  Click here for more information about the “Second Debut of the Woodill Wildfire.”

But that’s not the end of the story.  Let’s discuss what appeared just a few weeks later in Time Magazine.

With a bit more research, as Paul Harvey used to say, I found “the rest of the story” as follows:

In the February 2ndissue of Time Magazine, a photograph appeared of the “Woodill Wildfire,” a new sports car.  The caption states: “The car will be stocked by Willys dealers some time in April.  Cost: $3263.00.  For an extra $350, the engine will be souped up to 135 horsepower, increasing top speed to 125 mph.

Willys-Overland Motors, Inc. has made no arrangements with Mr. B. R. Woodill, of Downey California, the builder, regarding this automobile, and we have made no agreements with Mr. Woodill that it will be marketed through Willys dealers.  The “Wildfire” has been mis-represented in numerous instances as the product of Willys-Overland Motors, Inc.  While this racy sports model is, in fact built on a Willys chassis, and is powered by a Willys engine, the truth is that Willys-Overland is in no way the car’s sponsor.”

Thoughts on This Issue:

Remember the phrase I shared above… ”Fortune Favors the Bold.”   This phrase definitely applies to Woody in every way.

Undaunted by Gerry E. Lyons statement above, Woody retooled and finished his design with the help of Bill Tritt of Glasspar.  Woody then went on to begin marketing the kit in August of 1953 and it was well-received and appeared on at least two magazine front covers.  Not a bad reaction at all from an adoring public.

And…just 2 years later, Woody went to an appearance on Art Baker’s “You Asked For It” TV show where it received national publicity once again.  Woody Woodill was talented, creative, ambitious, gutsy, and successful in every way.  And for these very reasons, his approach to creating and selling a fiberglass sports car kit was one of the best received and designed kits of its time.

Something else to consider…

Willys may not have been ready to commit to a sports car – no matter how appealing it might have been.  Just 3 months after the Time Magazine response by Lyons, Kaiser Frazer announced their intention to purchase Willys-Overland.  And…Kaiser Frazer had already debuted their new sports car – the Kaiser Darrin – sliding doors and all in January 1953 or just before.  Had Willys-Overland continued as an Independent Auto Manufacturer, they might have jumped on board with Woody’s Sports Car.  However, as we all know, timing is everything gang.

Most recently, fiberglass friend George Albright found what appears to be the last complete and unbuilt Woodill Wildfire kit left in the country.  Who would have thought such a remarkable item would still exist!  Every part is still there down to the shortened torque tube, split radius rods, and ignition key in the dashboard.

And what’s more impressive is that George recognized what he had found and made sure it would stay “as found” for posterity.  He gifted the entire kit and caboodle to the legendary Peterson Automotive Museum in Los Angeles, California.

Leslie Kendall, Curator of the Petersen Museum, called me with the wonderful news, and plans have already begun to preserve the last remaining Woodill Wildfire kit and show it sometime in the future as an entire package to throngs of admirers at the Petersen Museum.  No doubt this will show well next to another one of their famous cars – one of two remaining Series 1 Woodill Wildfires. 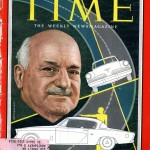 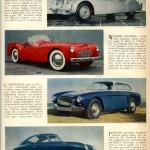 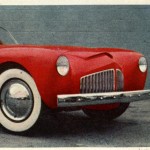 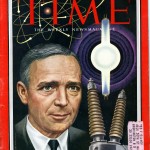 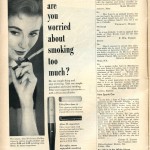 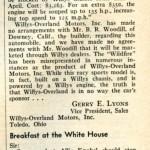 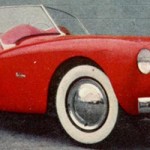