It’s a challenge.  Here at Forgotten Fiberglass we have information coming in from sources across the world – and then we pile our own research onto this stream of information too.  Have no fear though fiber-gang….it’s challenging but quite a bit of fun for all of us 🙂

Recently, the Alken Owners Group (AOG) convened an official meeting (that group is composed of Javier Munoz, Jeff Lipnichan, and myself – the only owners of the known Alken Sports Cars), and it was during one of these e-mail discussion/meetings that I shared with them the following ad:

I told Jeff that I was excited to see if we could find out more about this ad, and maybe find Ray Beggs himself.  You know we’ve done this time and time again.  I always make the assumption – like the X-Files – that:

“The Cars (And Stories) Are Out There”

We just have to gather them up.  The problem was and is…..”time.”  So I was going to hold off on researching this one.

Luckily, Jeff Lipnichan stepped up to the plate.   So….let’s see what he found out:

Letter From Jeff Lipnichan: May, 2014

I have two nice stories to share on my research during the restoration of my Alken.

The first story comes from the ad above which appeared in the August, 1960 issue of Road and Track.  It showed that an owner, Ray Beggs, was selling his Alken in Pacific Palisades, CA.  Pacific Palisades is about 7 miles from where the Alken was developed in Venice.

After some research on line I found an 81 year Raymond Beggs at this address, could he still live there?  I called the number but got the answering machine so I left a message.  After not getting a response I called a week later and Beatrice picked up the phone.  When I introduced myself she cut me off and said “Oh Jeff the guy with the Alken, let me get Ray”. 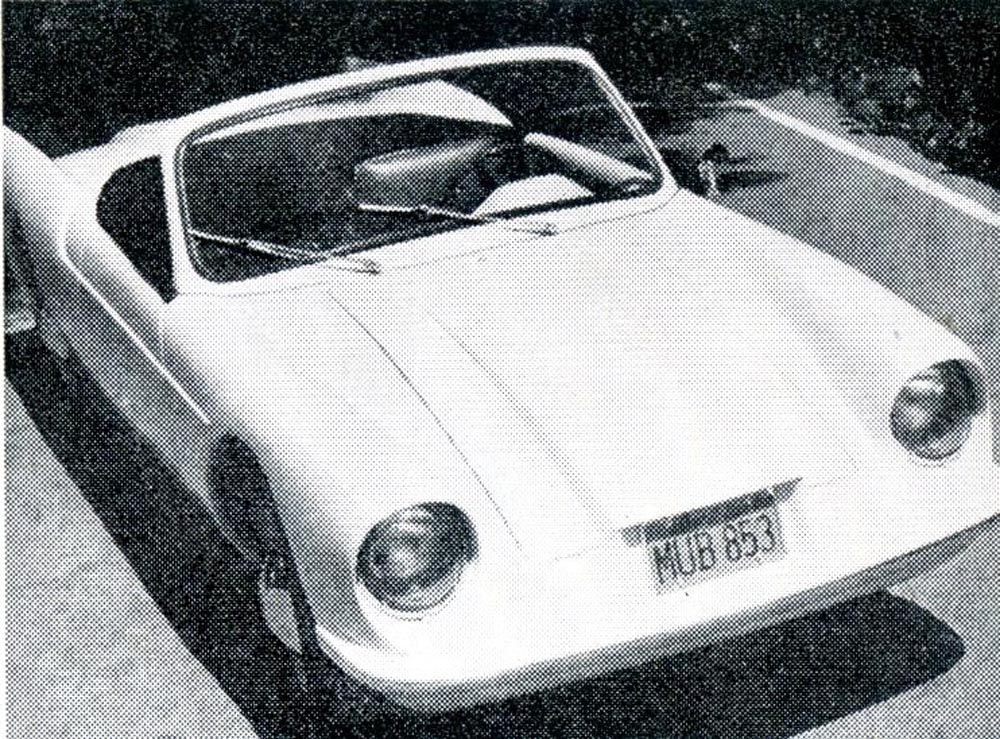 We had a great conversation that lasted about 20 minutes.

Ray came home from the war and wanted a car.  He heard about the Alken and liked it so much he and his brother decided to convert a 56 VW to the Alken body.  This was in about 1958.  Ray took up automotive engineering so he certainly enjoyed cars.

Ray remembers the car being a light blue and a base model without windows and a roof because he didn’t have much money to put into it.  The Alken body was listed as $1295. 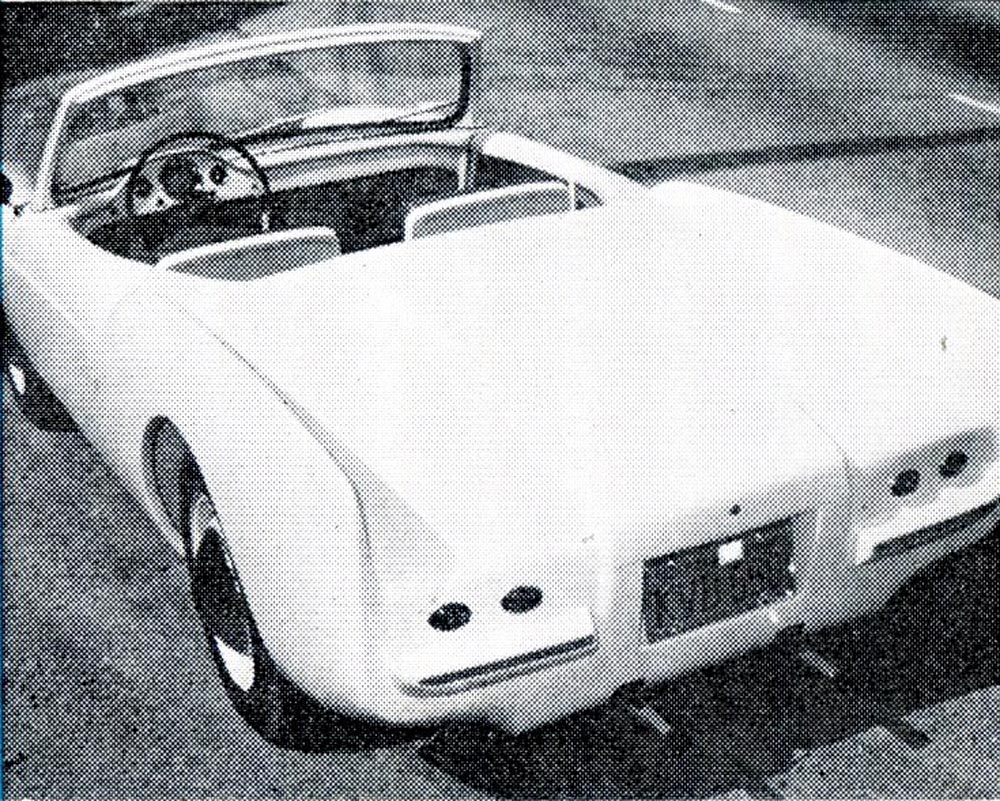 Beatrice added that they had a brochure of the Alken that showed their car.  To get some money back Ray agreed to make the brochure to help advertise the Alken.  They are going to scan a photo of the brochure and send it to me.  I offered to send a few photos of my project and that suited them well.

It was a very nice conversation where Ray got to share some memories and become the first person that I know who actually owned and Alken back in the day. 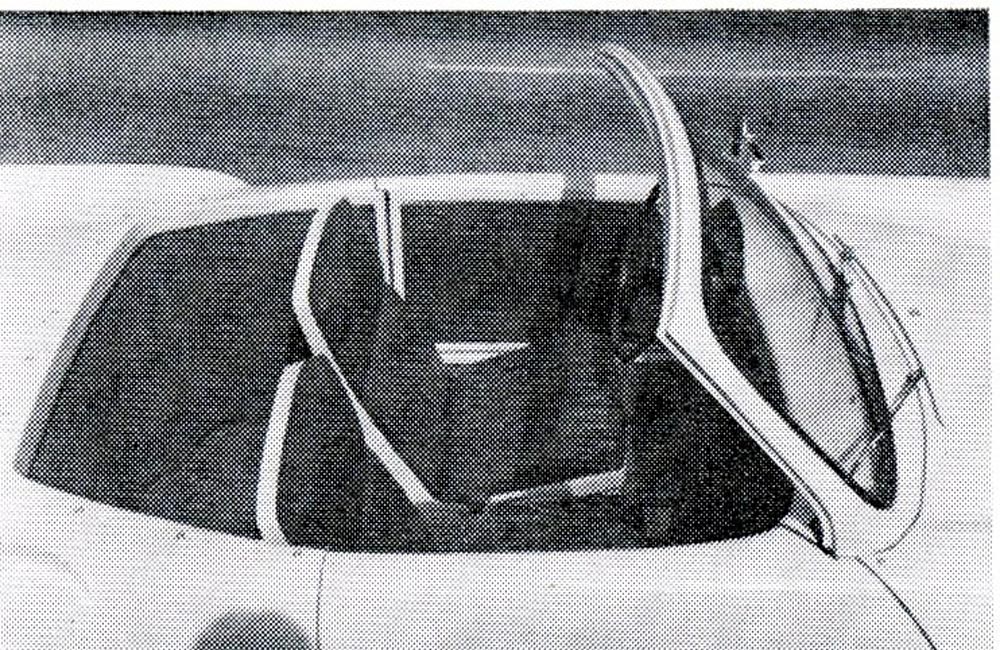 What a great story to share – and it really helped having someone like Jeff jump in and run with the research.  We’re really swamped at times, and Jeff saved the day.  Thanks Jeff!

So the photos in the brochure show Ray Beggs’ Alken.  You can click here to review a story we posted earlier here about this brochure – before we knew about the heritage of the car in the brochure, and that it was his.

Jeff and I surmise that they used this car (Ray’s car) in the brochure because it had been the first one built and sold and…may have been the only readily available Alken for the photo shoot too.  The Alken Company was busy racing one Alken, and the others may have been predisposed for other purposes.  In any event, we now can say with certainty that the Alken shown in the brochure was the first Alken sold by the company and built by this new owner – Ray Beggs.

We’ll share Jeff Lipnichan’s second story here in the near future at Forgotten Fiberglass.  In the meantime, you can check the progress of Jeff’s restoration of his Alken on the following three websites:

Thanks very much to Jeff Lipnichan for taking the lead on this one.  But you might ask…

We’ll….we quickly reconvened the Alken Owner’s Group (AOG) again, looked at all four of our cars, and immediately determined that Ray’s car wasn’t one of them.

You know what that means fiber-gang?  At least one Alken Sports Car is still missing and it may be out there for one of you to find.  And that fact and opportunity is what makes Forgotten Fiberglass such a great adventure for all of us.