How can you resist stories about the Fisher Body Craftsman’s Guild?  This was the contest process put in place by General Motors where talented young men through about the age of 18 were challenged to design a new car or build a coach to prove their mettle and talent for designing a new car (or craftsmanship in building a model coach).

The article I found today offers three areas of interest to me:

1: It is in the immediate postwar timeframe – 1947 – where car design was about to become exciting, innovative, and sometimes outrageous in the 1950s.

2: It shows 13 year old Virgil Exner Jr., in the contest showing some of his designs and work.

Let’s have a look at the article and some of the fantastic color photos that were included. 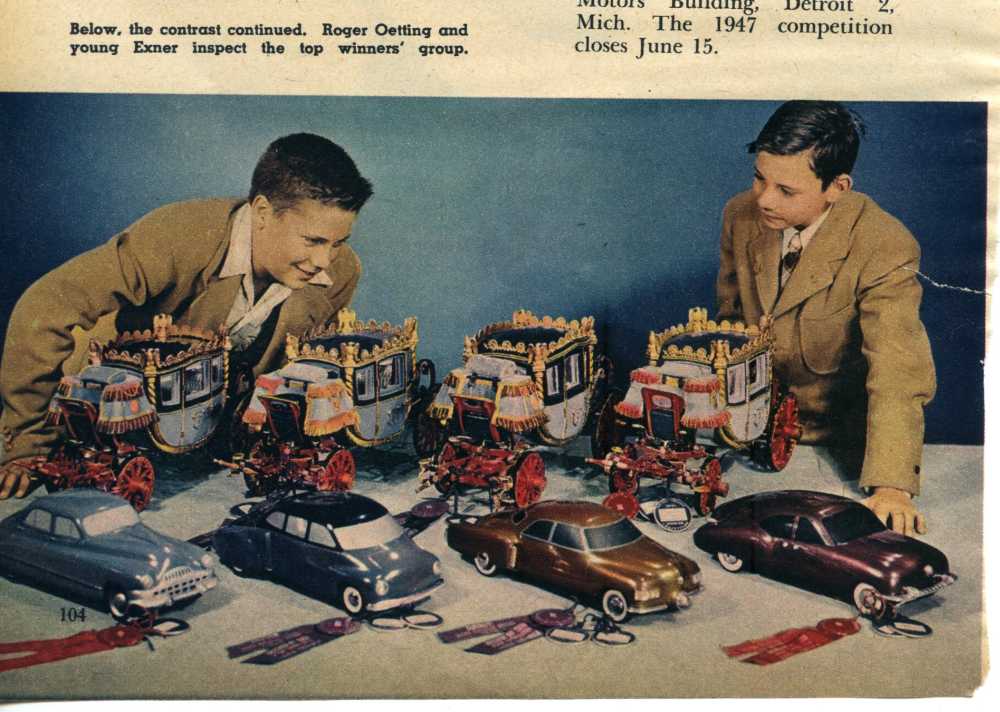 Watch out, you professional car designers  – these up and coming ‘teenagers will have your jobs!

THE automobile of tomorrow should have a rear engine, better visibility and smooth and unbroken body lines – so think the youthful winners in the 1946 competition of the Fisher Body Craftsman’s Guild.

The lads seem to be on the beam. Look at their models! 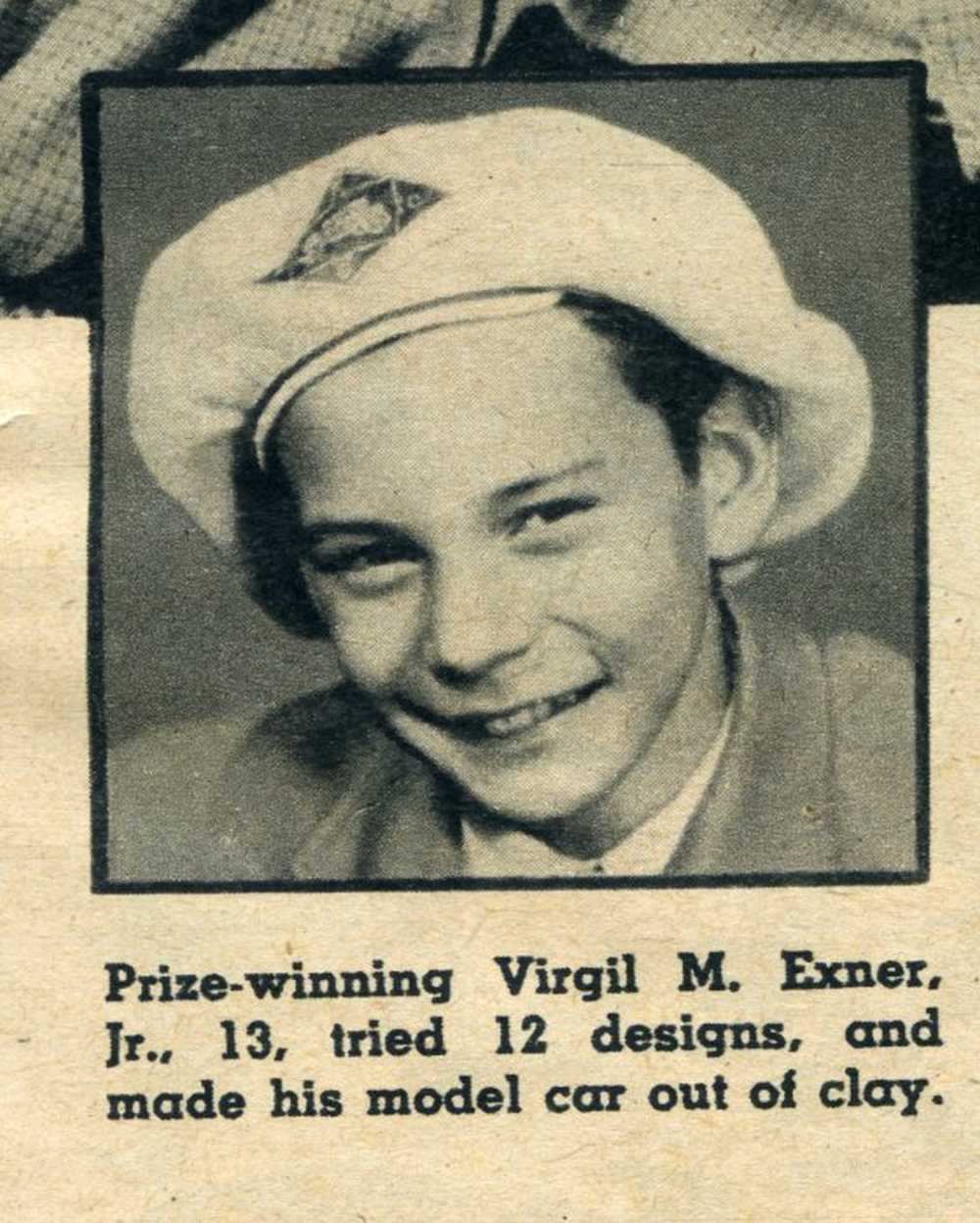 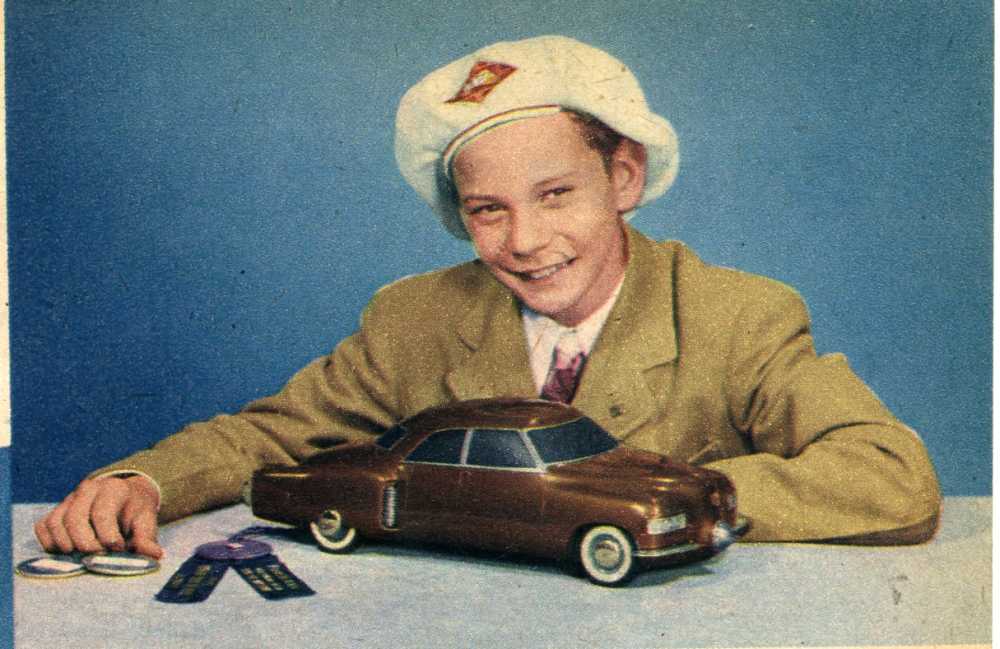 David W. Whitman chiseled and filed his car out of pine. Little Virgil M. Exner, only 13, turned out a job nearly the equal of a professional designer’s, the experts say. Virgil is the son of the chief designer for the Studebaker Corp., and seems to have inherited his father’s talents. 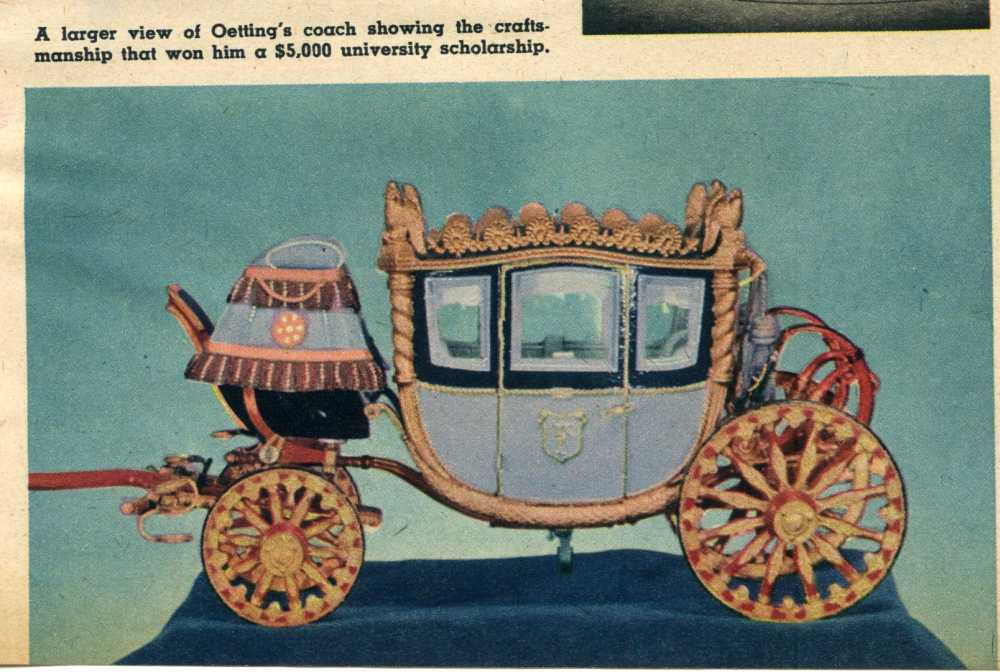 In a well-equipped workshop, with side trips to a nearby dime store, he made a beautiful plaster of Paris rear-engine model with radiator intakes along the front edges of the rear fenders. Vincent J. Rauth, 19, a farmer boy, won with a two-tone job in light and midnight blue, with plexiglas windowsâ€”using chiefly a chisel, wood rasp and sandpaper. 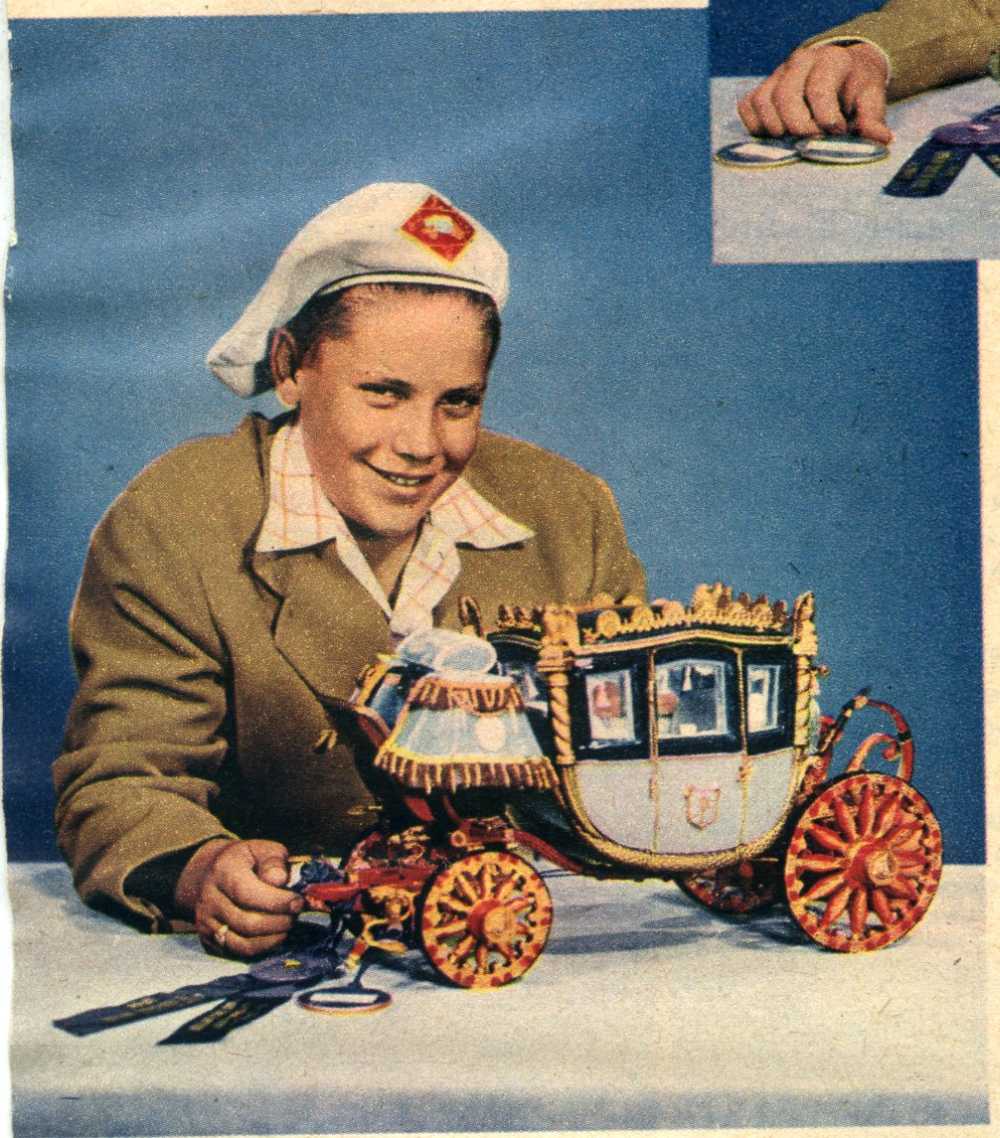 Robert J. Hartlieb, Jr., 16, offered a model of balsa wood, machining the wheels out of aluminum. Charles C. Bradley, 14, gave the front of his model a spinner like that on an airplane propeller, for letting air into a duct that carries it back to the rear engine. 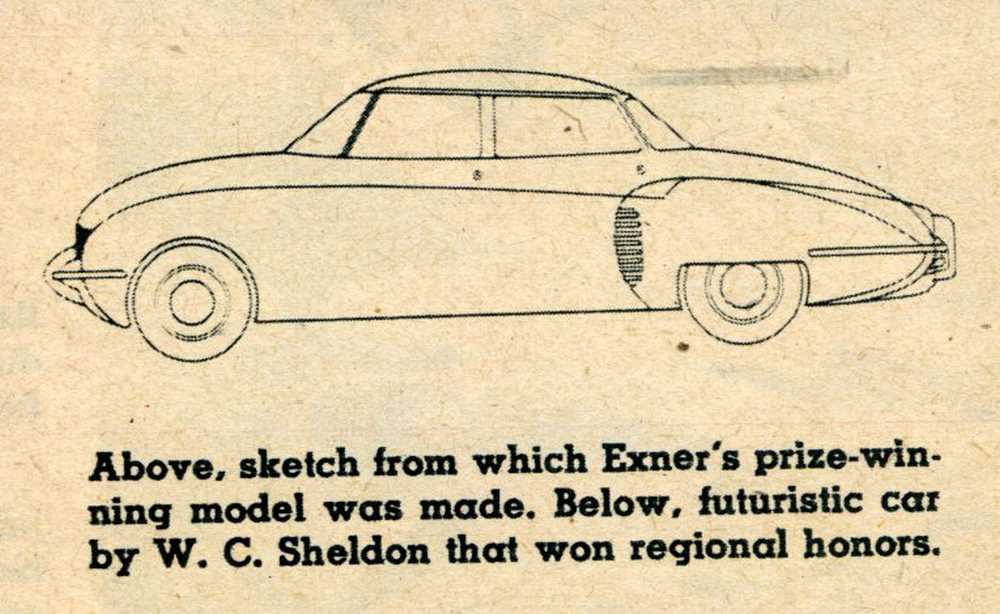 The competition is held for boys in the age groups 12 to 15 and 16 to 19. They may submit models either of the automobile of tomorrow or the Napoleonic coach of yesterday. Eight university scholarships and nearly twelve hundred cash awards, to the value of over $75,000, are offered. 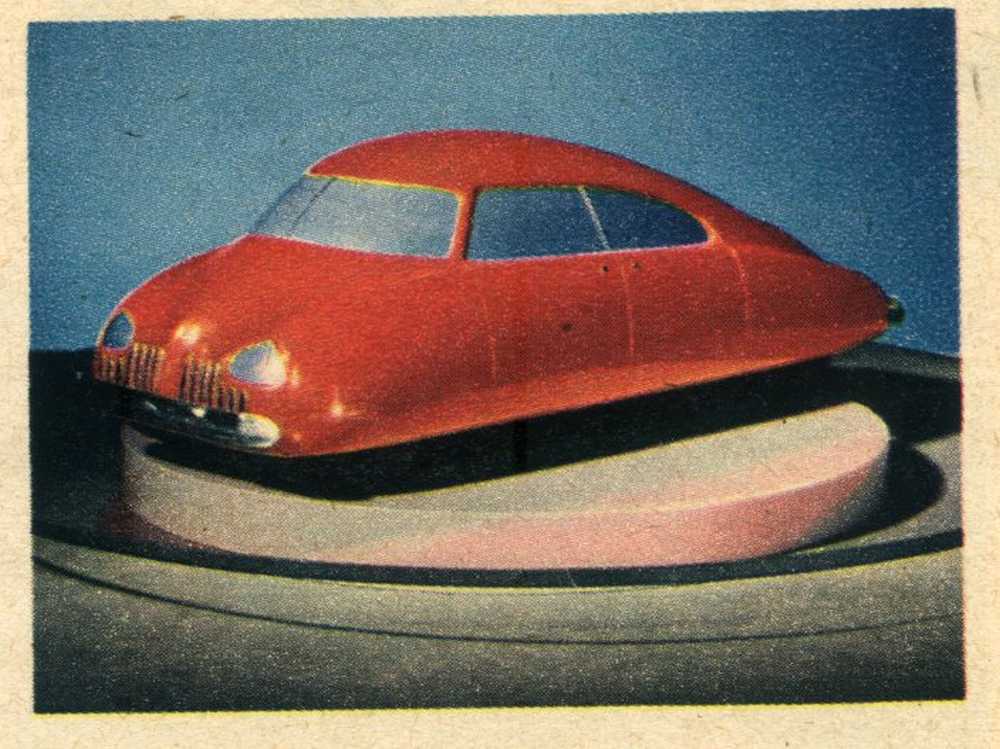 There is no entrance fee. Each boy who enrolls is given a complete Plan Book with sketches and instructions. Applications may be addressed to the Fisher Body Craftsman’s Guild, General Motors Building, Detroit 2, Mich. The 1947 competition closes June 15.

The story above has also been shared on one of my favorite websites called “Modern Mechanix – Yesterday’s Tomorrow Today.”  If you visit this website and story, you’ll see additional comments at the end of the article including some from the family of one of the young men in the article who led a long and productive life – well worth scrolling down and reading.  Click here to review this story and the comments associated with it. 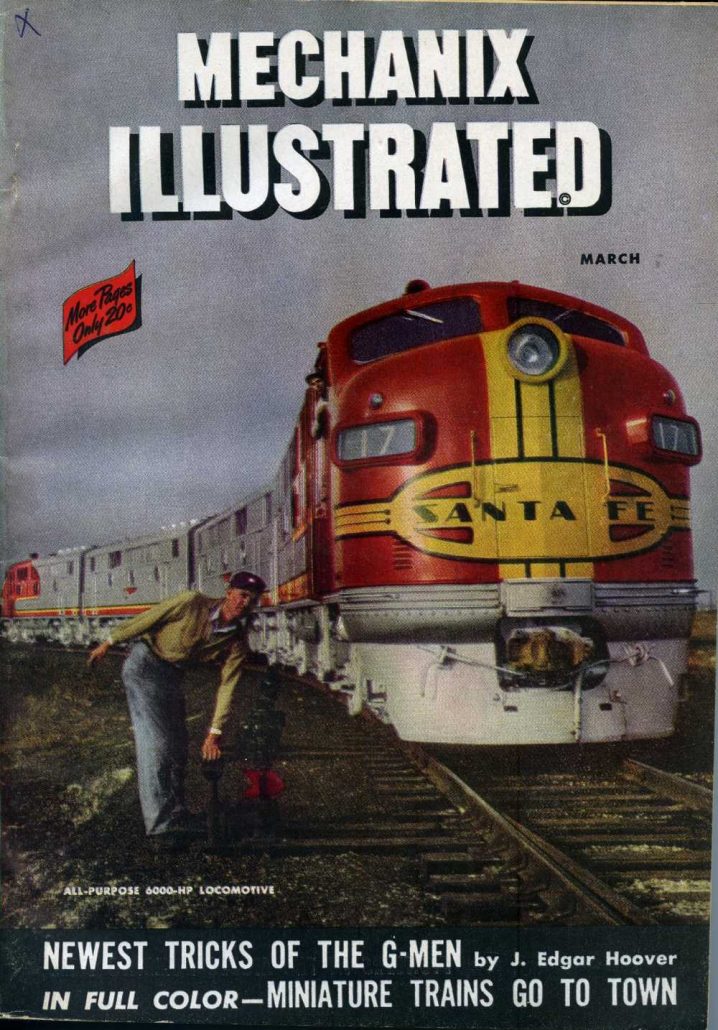 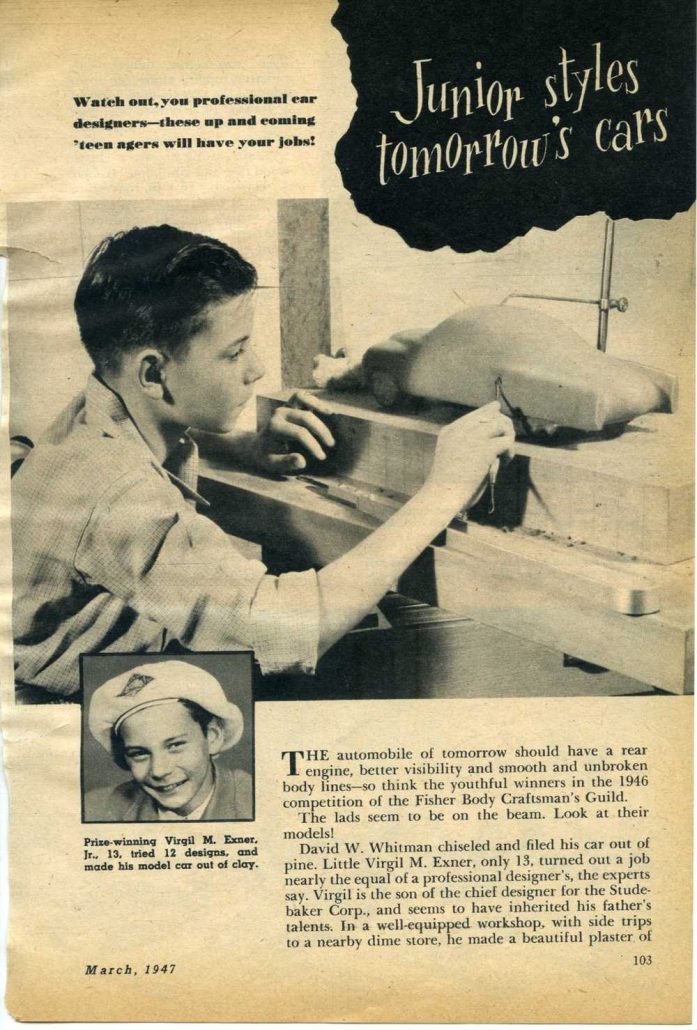 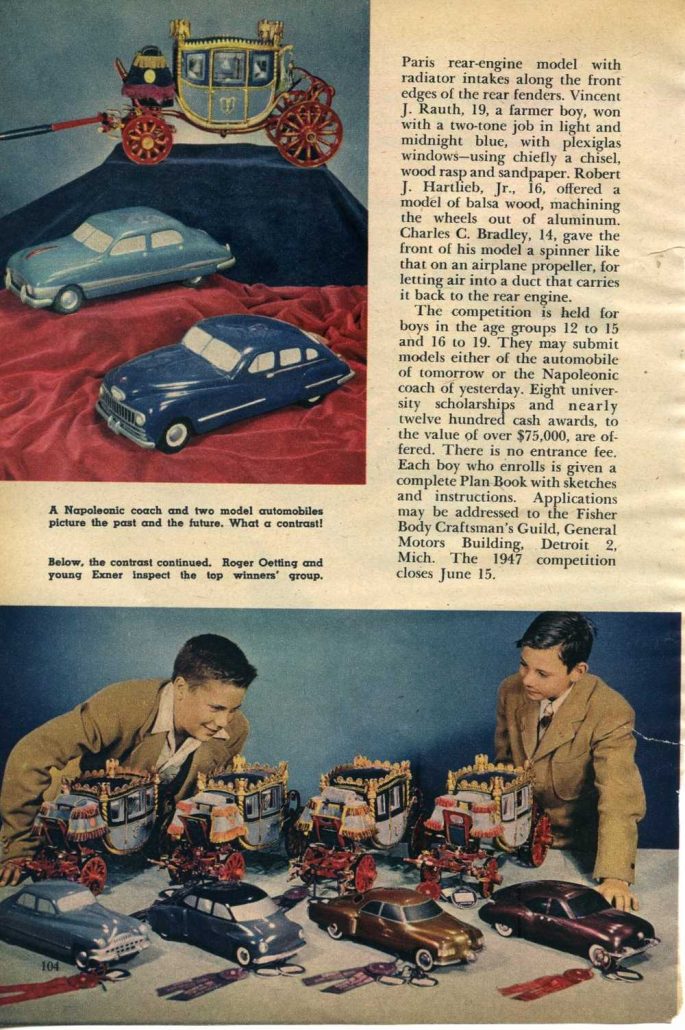 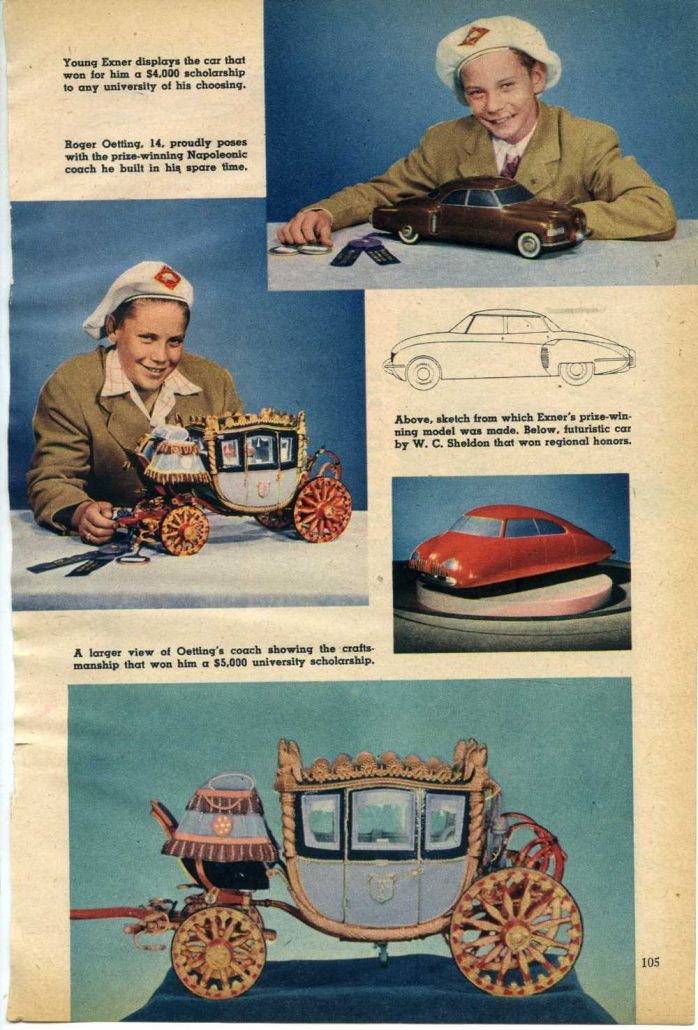