I love vintage press release photos – and there have been some great treasure troves of information “found” out there on ebay as newspapers divest themselves of their silver nitrate based photo collections of many decades.  Recently, I found one publicity photo I couldn’t resist.  It was dated July 24th, 1946 and showed three men:  Howard “Dutch” Darrin, Joseph Frazer, and Bill Stout.

Now…for you fiber-aficionados out there, these 3 men were instrumental in fiberglass / plastic based auto bodies in the 1940s – a time when the first fiberglass sports cars available to the public (Glasspar, Lancer, and Wasp/Skorpion) were still 5 years away in 1951.

Let’s review why these men are significant:

* Stout brought forth his own creation in 1946 called the “Project Y” as a possible postwar design for Graham-Paige (soon to be Kaiser-Frazer) – click here to review Stout’s 1946 Project Y car.

* And Frazer not only was considering the “Project Y” as a possible car for the new Graham-Paige/Kaiser-Frazer company, but certainly knew of the prototype fiberglass cars that were built by Kaiser during the 1942-1946 time frame.  Frazer had teamed up with Henry J. Kaiser in 1945 with their plans to produce Kaiser and Frazer automobiles at the wars end.  Click here to review Kaiser’s fiberglass wartime prototype cars.

That’s the big 3 of early postwar fiberglass all in just one photo.  Not bad!  Now you see why I was impressed with the photo 🙂

Let’s have a look at the photo and the press release.

Three Men and A Car – These are the three men who will be responsible for the deisgning of Graham-Paige’s postwar automobiles.  Howard A. Darrin (left), internationally known stylist, and Chairman Joseph W. Frazer (center), are very much interested in noted aviation and automotive engineer Bill Stout’s sketches of a postwar car.

Because Stout was the designer of the rear-engine Scarab, built ten years ago, there have been widespread rumors that the new Graham-Paige will also be a rear-engine drive.  Frazer said recently that while this is quite possible, it is certain that his company will not put rear-engine models on the market until the innovation has been thoroughly road-tested. 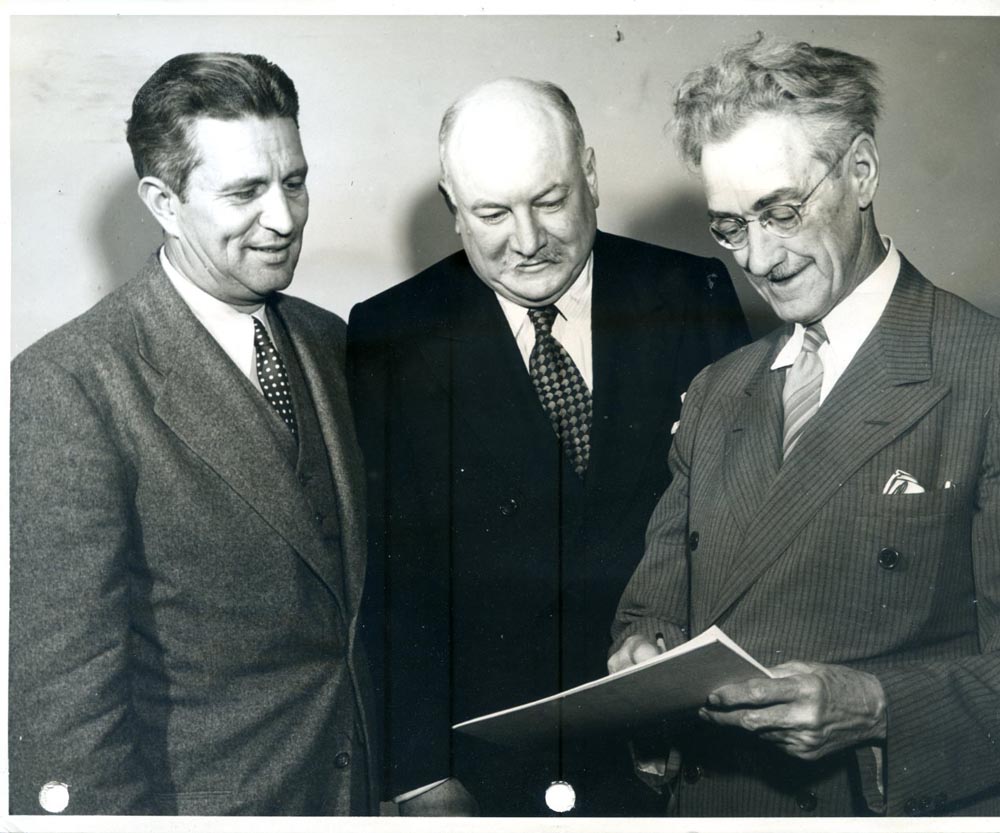 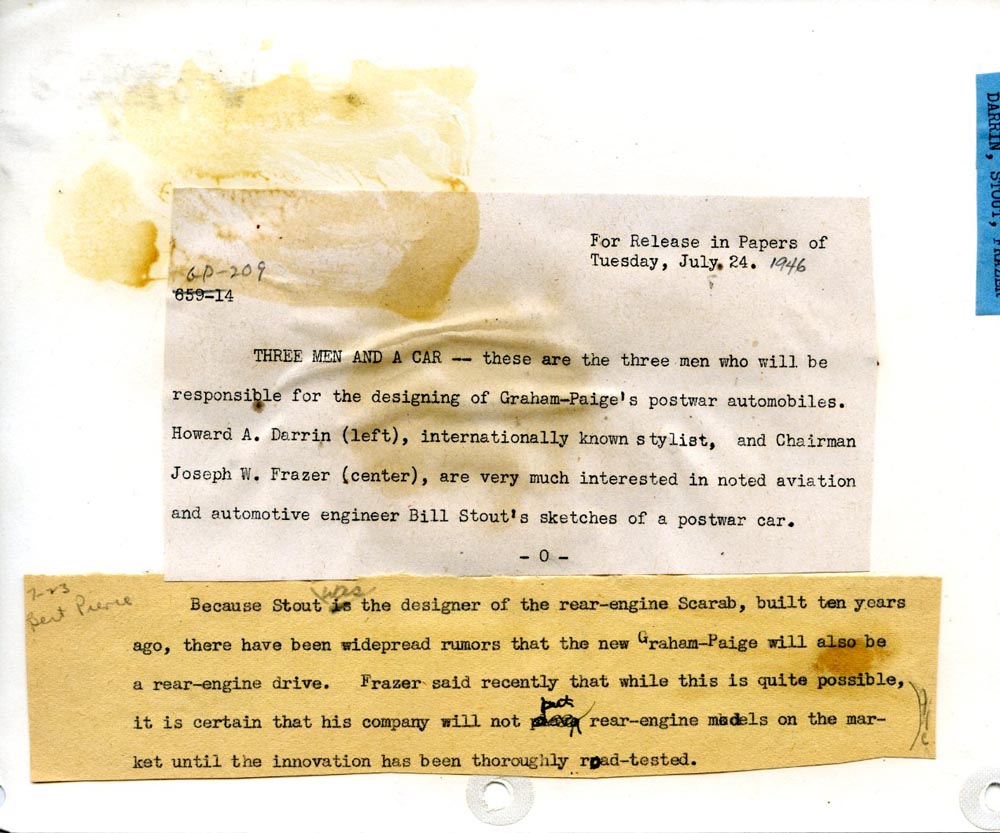 There were other early postwar uses of fiberglass in cars with Paul Omohundro’s work for creating panels for many of the 1949-1950 Kurtis Sports Cars, and some early postwar economy cars such as the Bobbi Kar, Keller, and IMP.  But having these 3 men – all related to early postwar fiberglass – in a single photo is pretty impressive to me.  And I hope to you.