The 1950’s were filled with imaginative moments in transportation. Jet travel, high speed trains, rockets heading into outer space and cars that could fly. This was a time of ground-swelling American innovation.  The Corvette and T-Bird hit the streets changing transportation in remarkable ways, and concept cars grabbed center stage in major automotive shows.

But more than the “Big Three” competed for attention.  Both concept cars and show cars were developed by small companies and individuals alike.  Most recently at the 2016 Amelia Island Concours d’Elegance, an entire class of these rare independent concept and show cars were presented on the field – all built by small companies or individuals.  The Galileo Special, retaining its original finish, belongs to this class of cars. 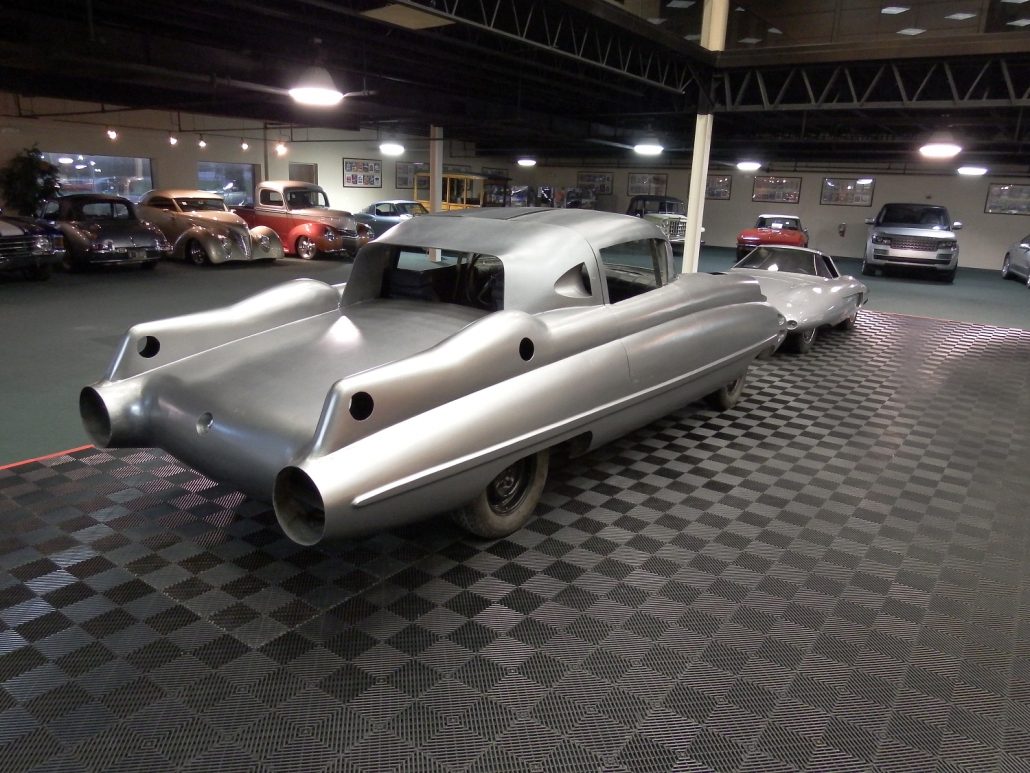 Joseph Galileo was born in 1928 and entered the Army Air Corp in 1945.  He proudly served for 4 years, stationed much of that time in Japan.  Like many Americans in the postwar era, he saw the development and use of jets in the Air Force.   The jet age had a strong influence on car design starting with tail fins that became part of the 1948 Cadillac.  Inspired by tail fins, jets and the race for space, Joseph began designing his own vehicle – a car for the future.

Joseph’s first ambitious goal was to use a new wonder material – fiberglass – the “carbon-fiber” of its day.  He started on a cement floor and built molds with wood and plaster.  He carefully shaped a body of his own unique design including gullwing doors –  a feature that prominently appeared on the Mercedes 300 SL sports car in the mid 50s.  Let’s take a look at some of the photos of the early “build” shared with us by his son Steve Galileo. 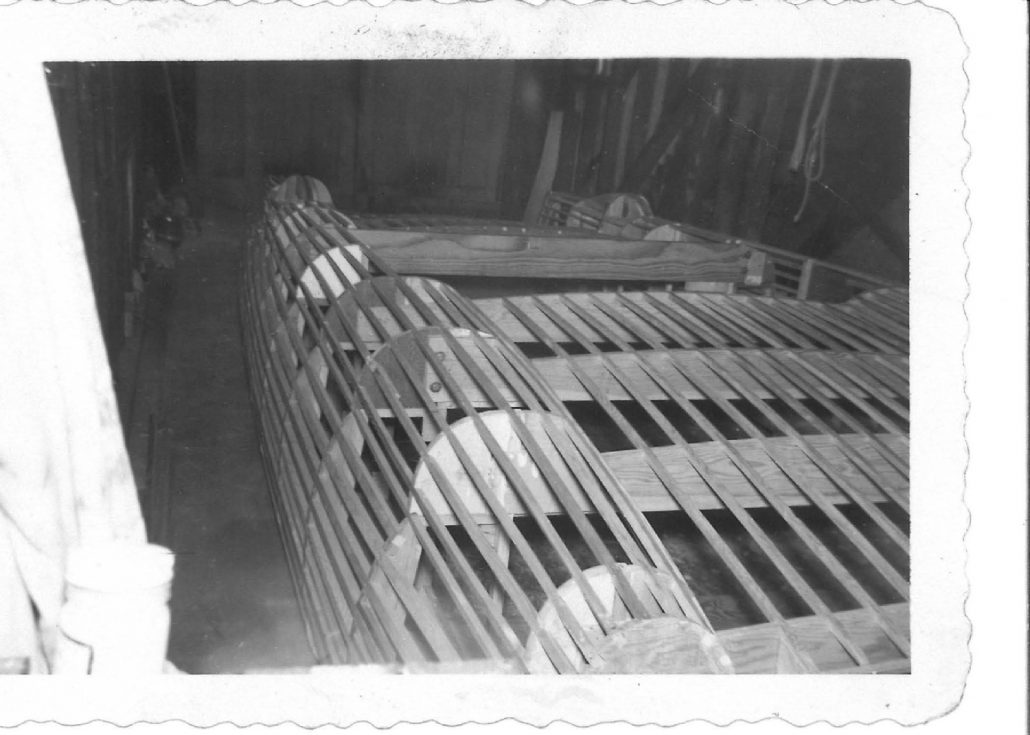 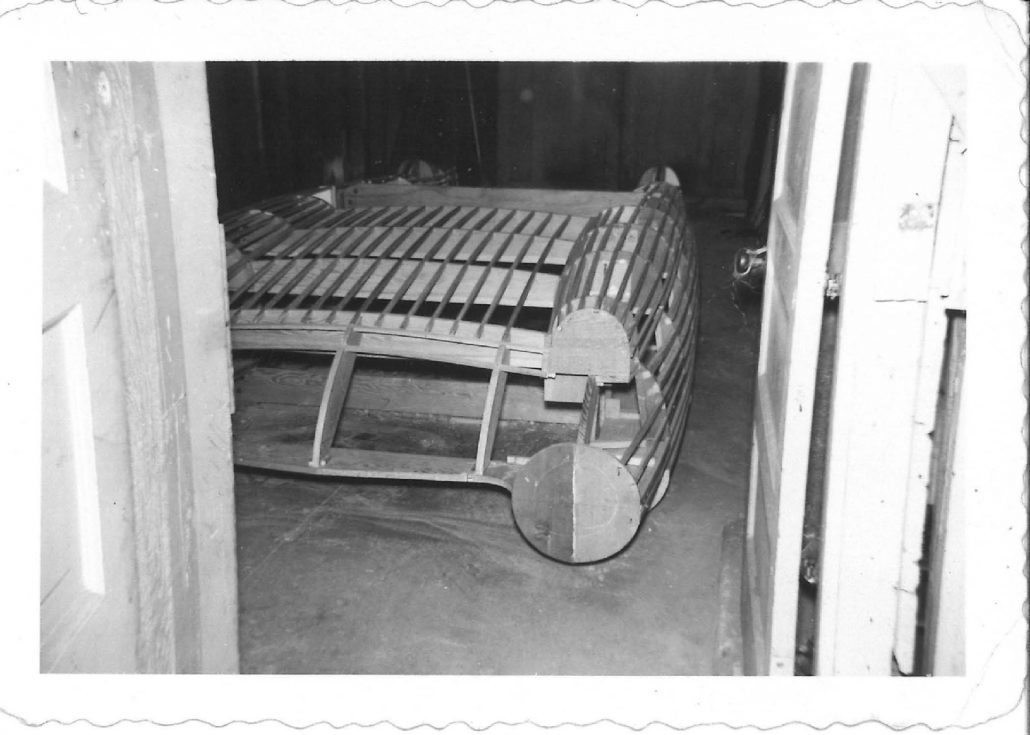 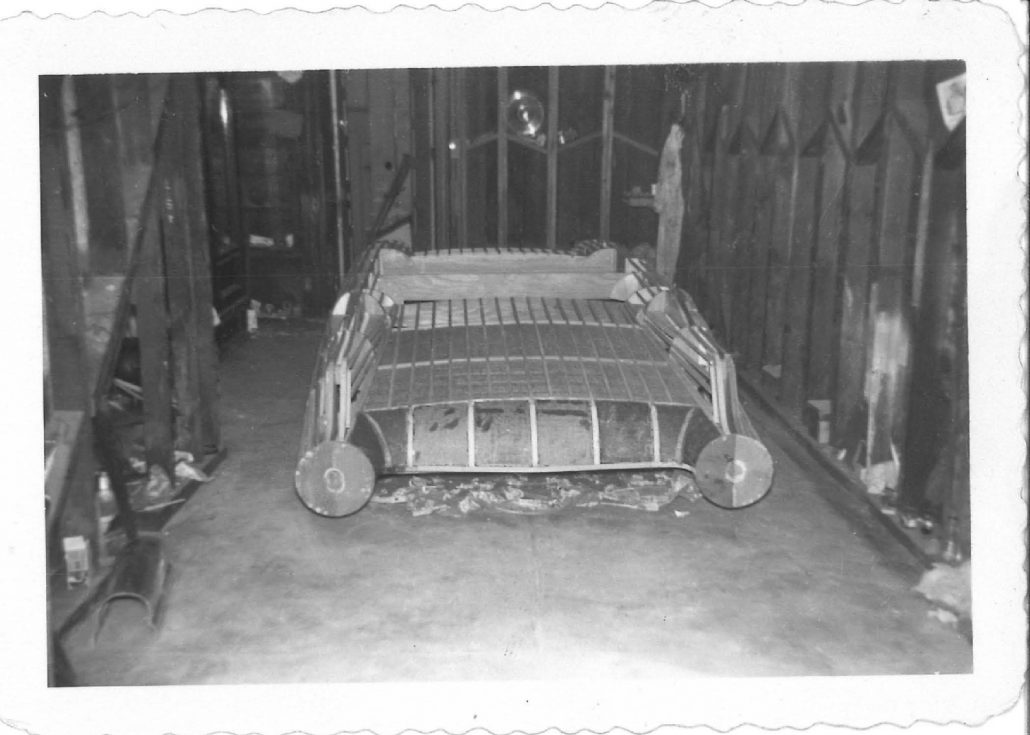 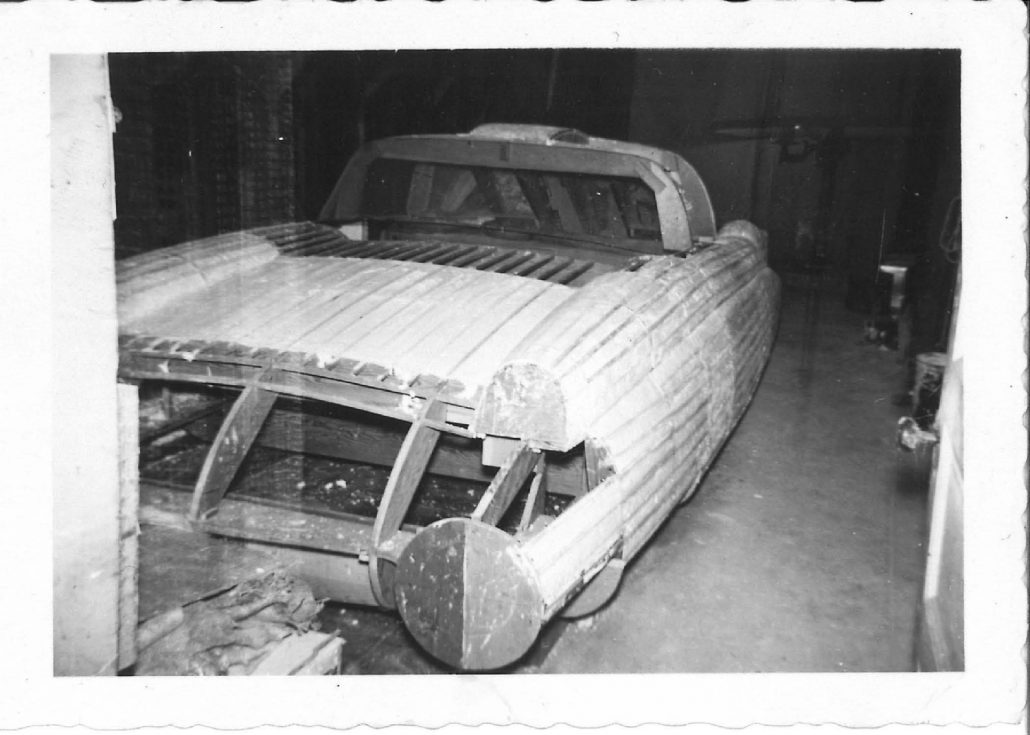 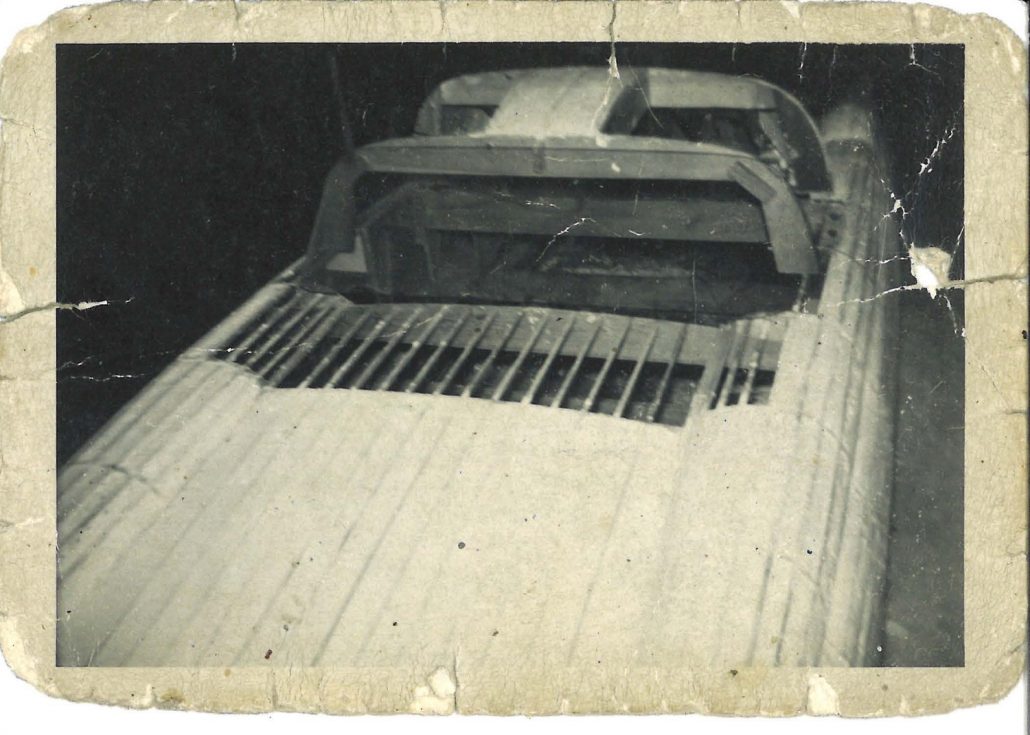 Several years ago we introduced our readers to the Automobile design books of Bob Gurr.  We’ve been honored to call Bob a friend for many years, and we were excited to share his creative books on automobile design – something he did before he became quite well known as one of the original “Disney Imagineers” who were responsible for creating what folks saw when they spent the day at Disneyland back in the 50s and beyond.

Gurr’s book hit the streets in 1952 and in 1955, and the designs came from his young friends – many of who would become famous designers later in life (if they weren’t already).  Here are some of the space age designs that were published in his books: 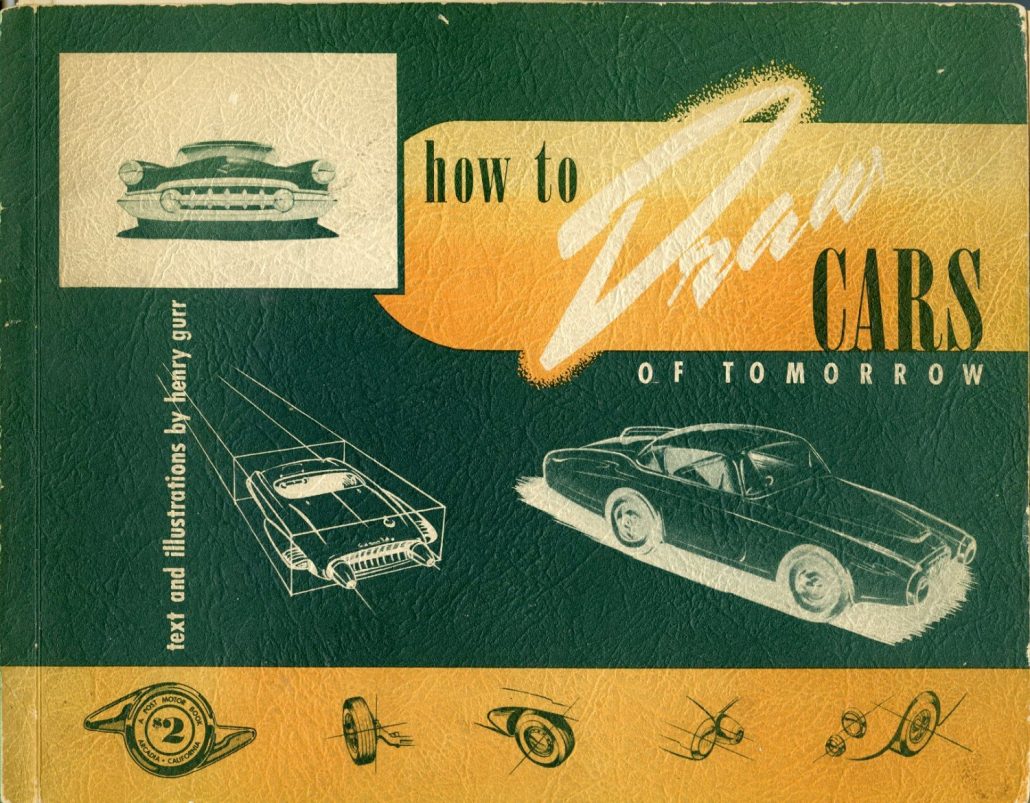 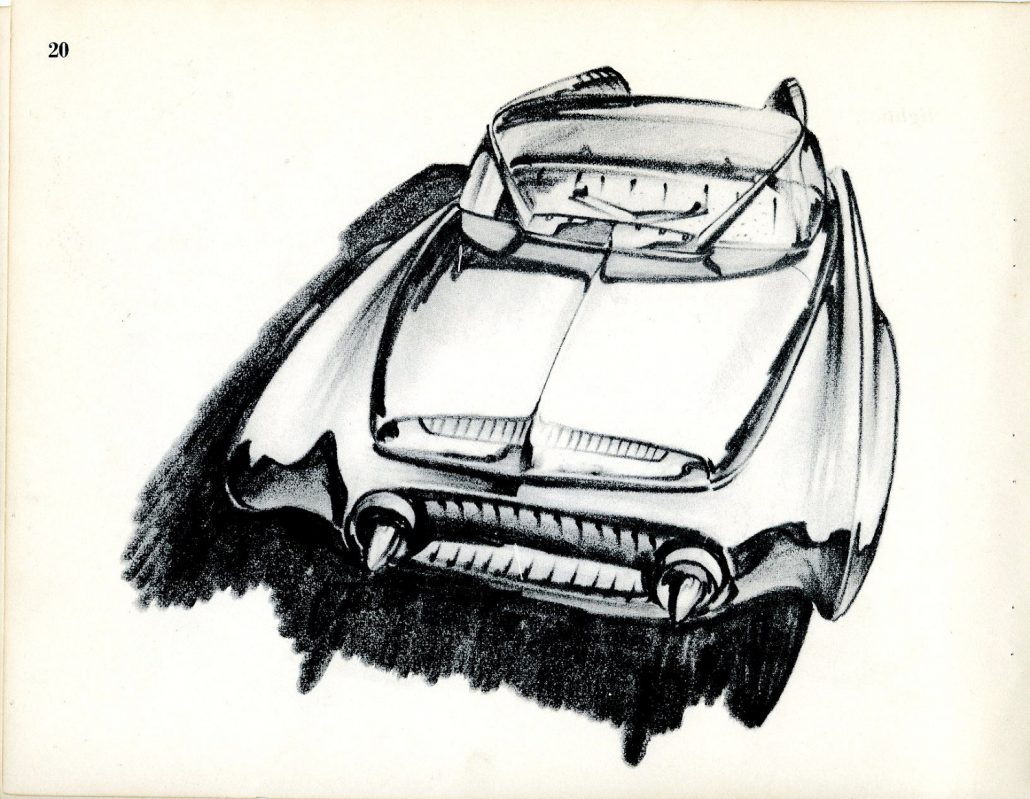 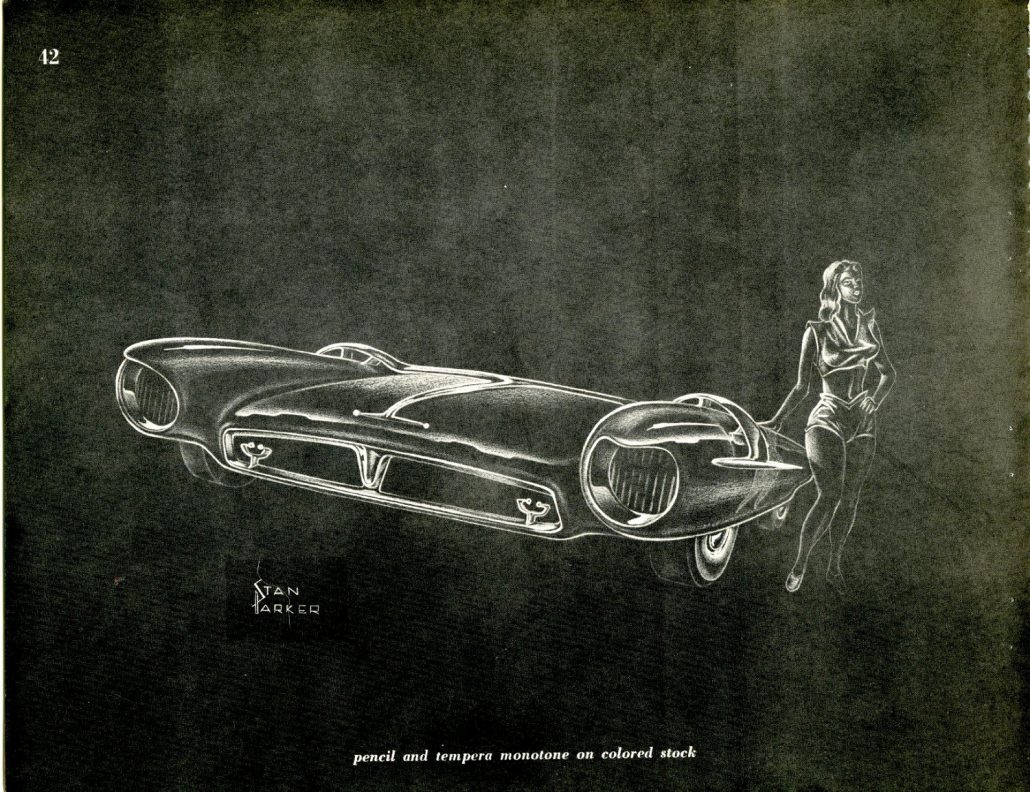 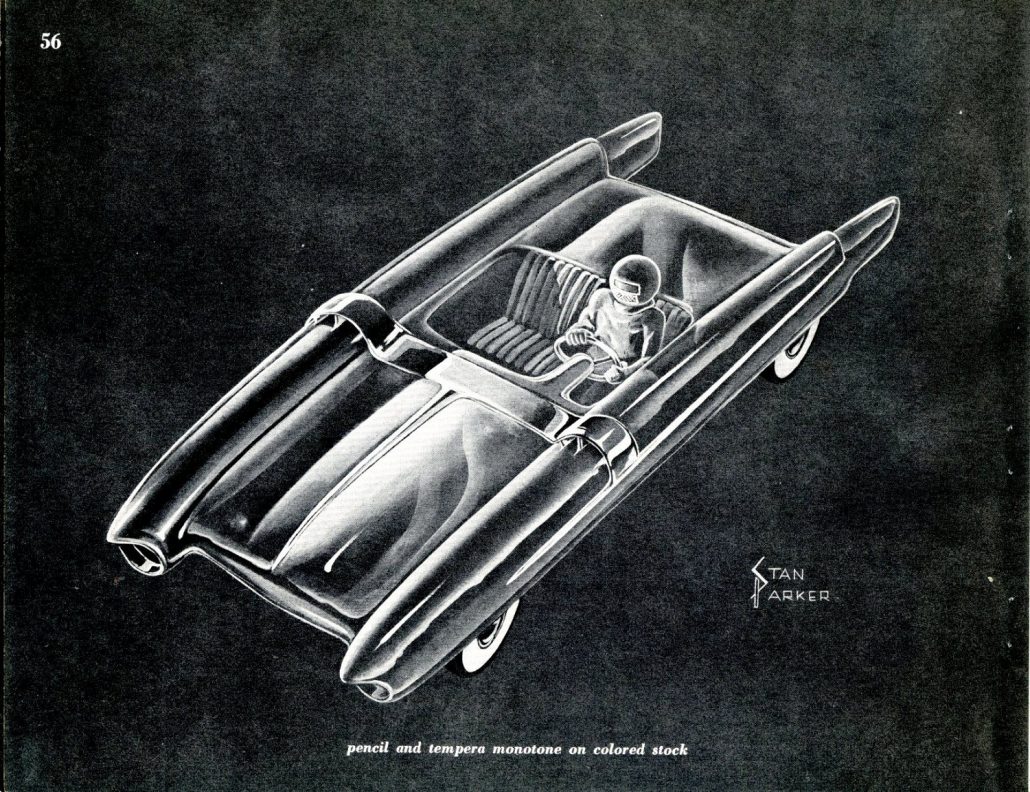 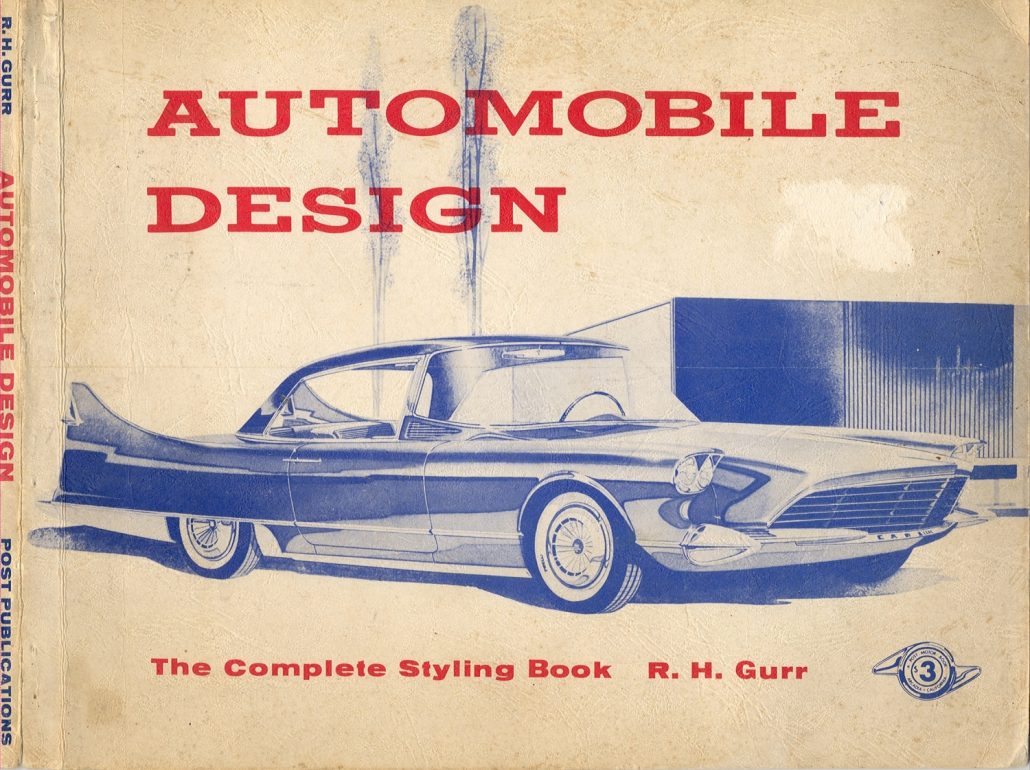 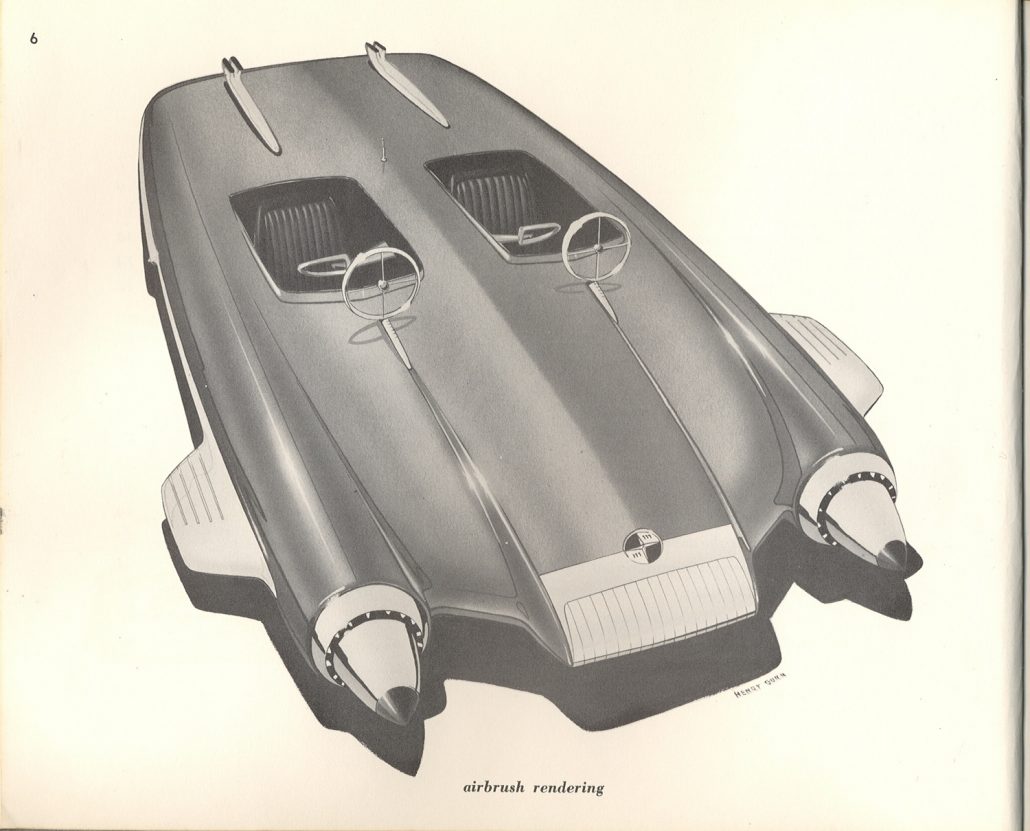 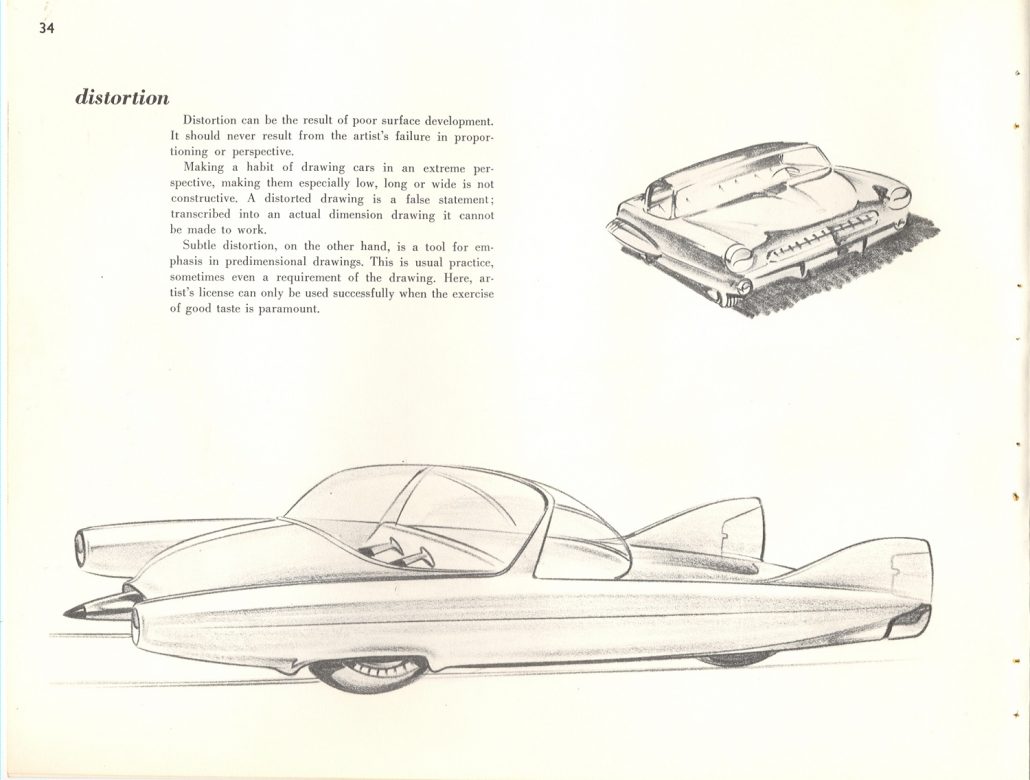 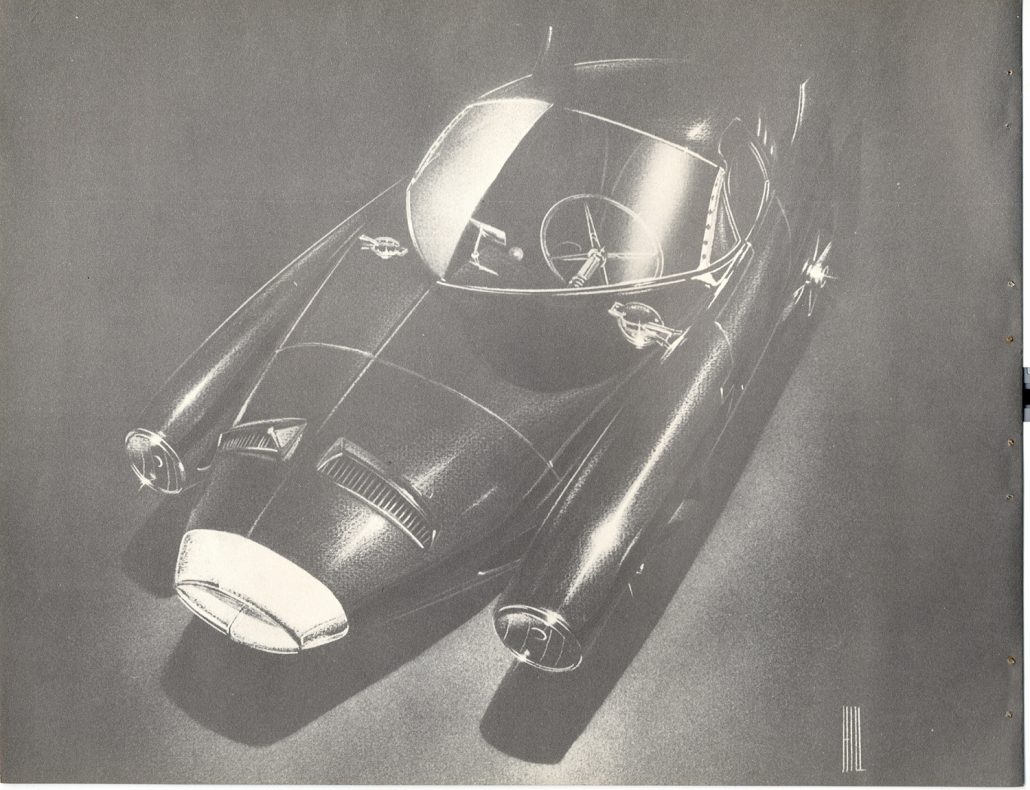 For those of you wanting to see more of the designs that appeared in Bob Gurr books:

Once Joseph had worked out the shape of his car with wood forms, he used plaster to fill the space to begin to create a structure from which he could take a mold for the body.  In the photos above you begin to see the plaster being used to fill the spaces.  He continued this process in the photos shared below. 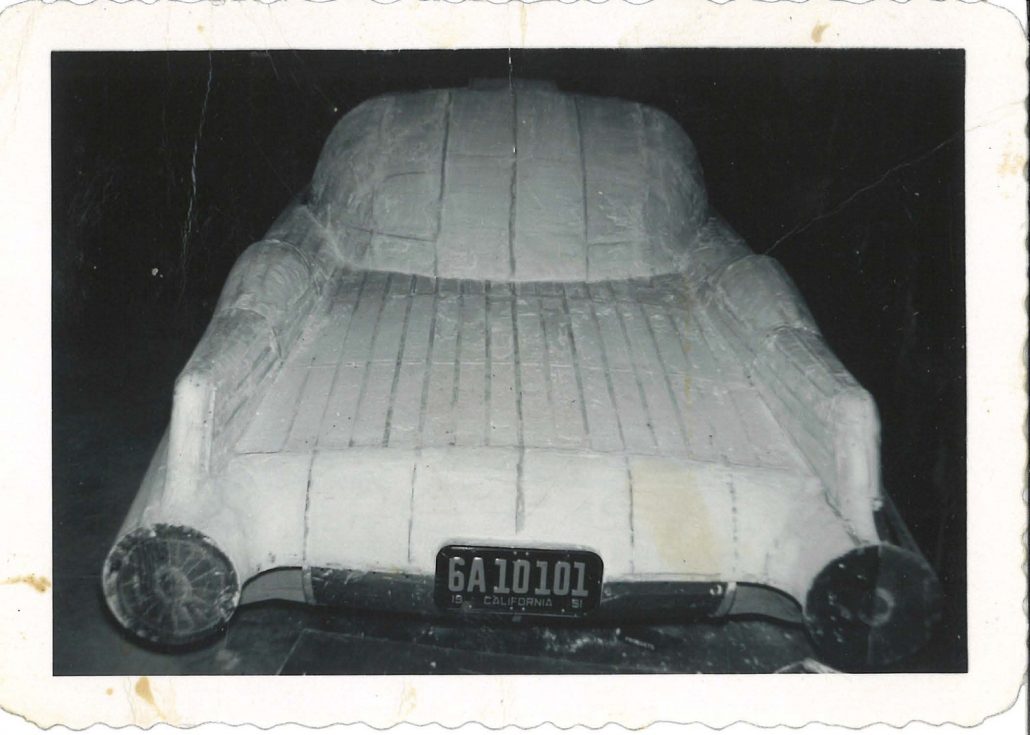 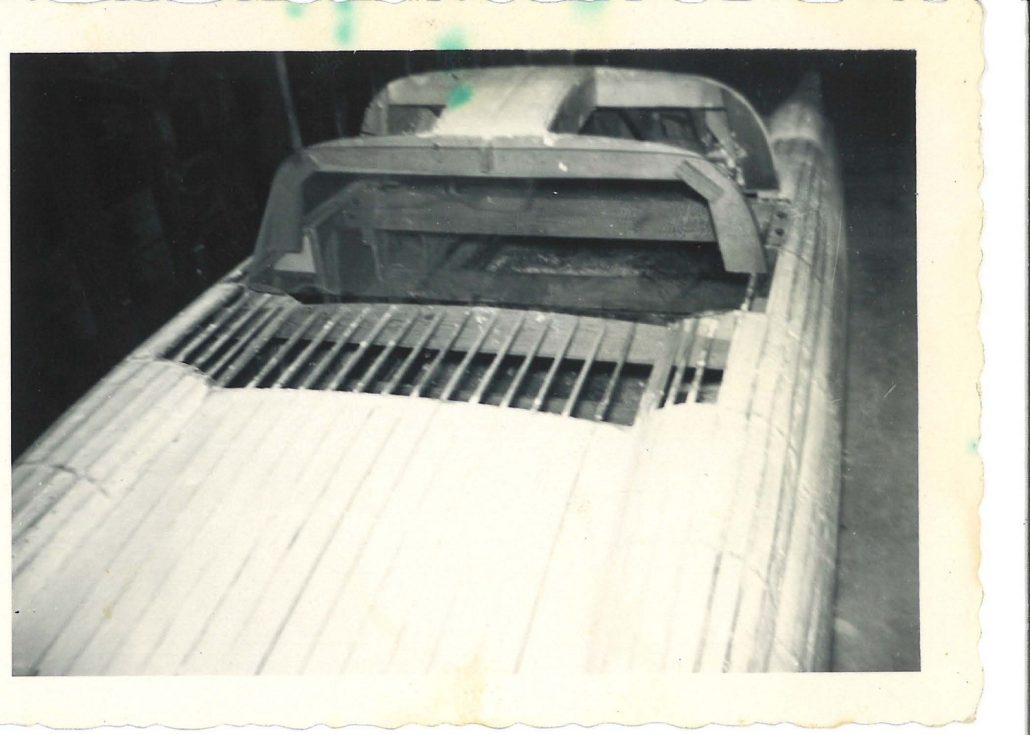 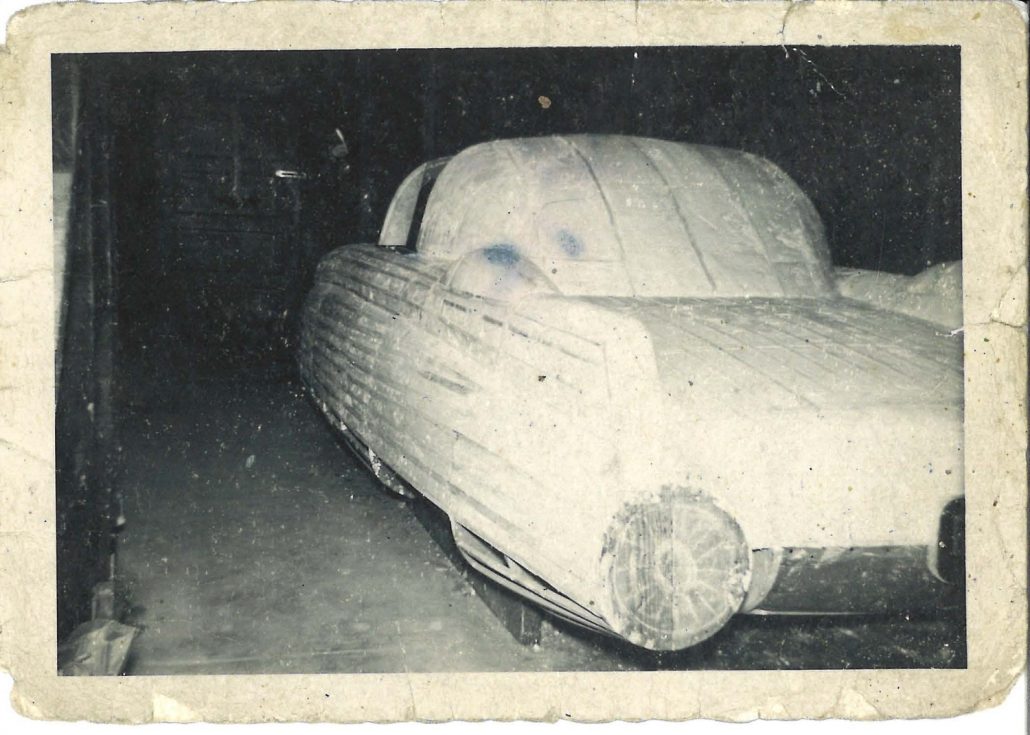 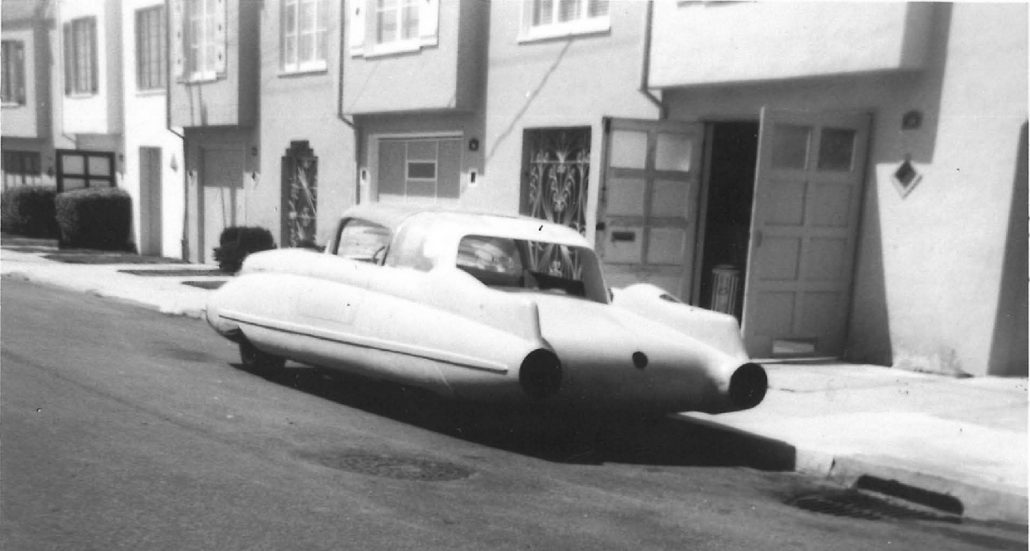 By 1957, Joseph had finished most of the work.  The molds had been created and a body built and fitted to a frame. And while he used a modified 1949 Ford chassis as the foundation of his concept, he chose the Oldsmobile V-8 Rocket motor as the powerplant – a perfect match in both name and technology for his car.  Innovative bumpers were also engineered – within the “pods” at front and rear.  These bumpers could extend or retract based on the parking needs of the driver.

The car was a sensation in and around San Francisco where Joseph designed and built it.  But he never fully finished it leaving the interior bare and some of the exterior details unfinished.  Sadly, Joseph Galileo passed away in 2010 and never had a chance to see his concept fully finished.  Lets take a look at some recent photos when the Galileo Special was exhibited in the showroom of duPont Registry in St. Petersburg, Florida. 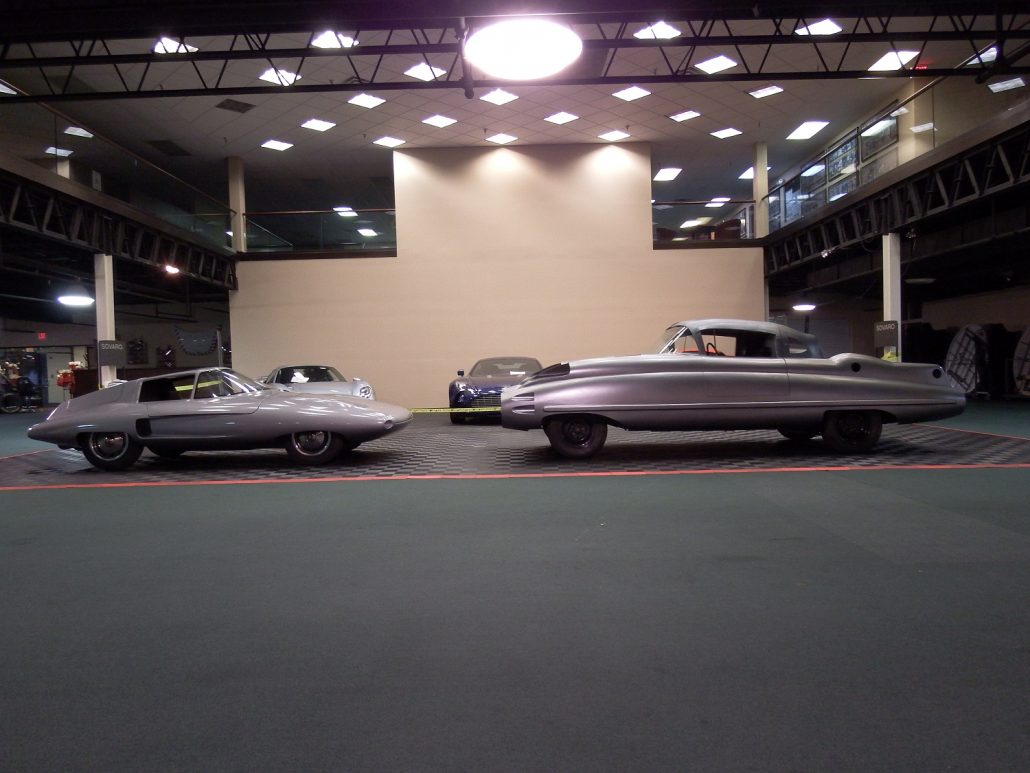 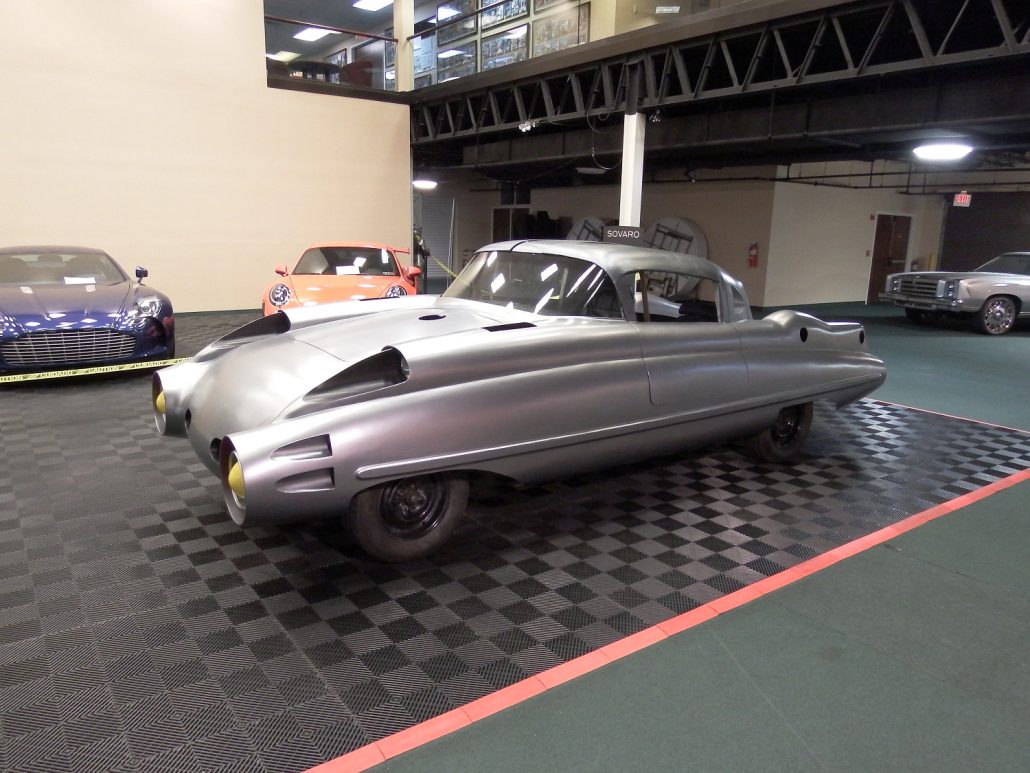 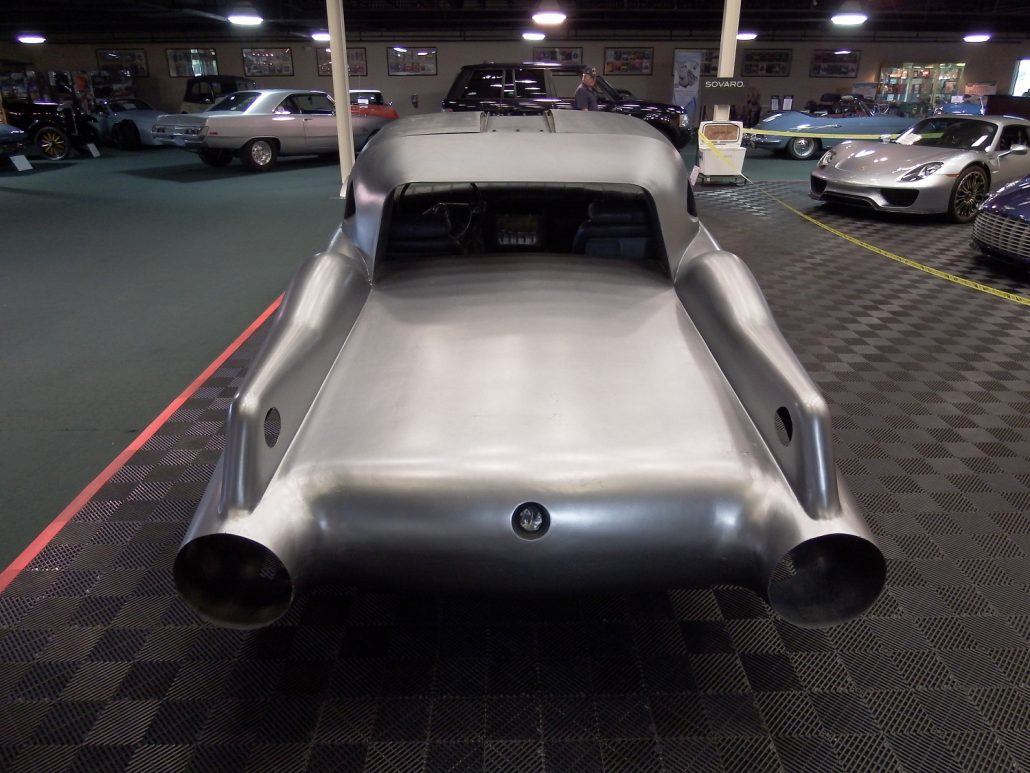 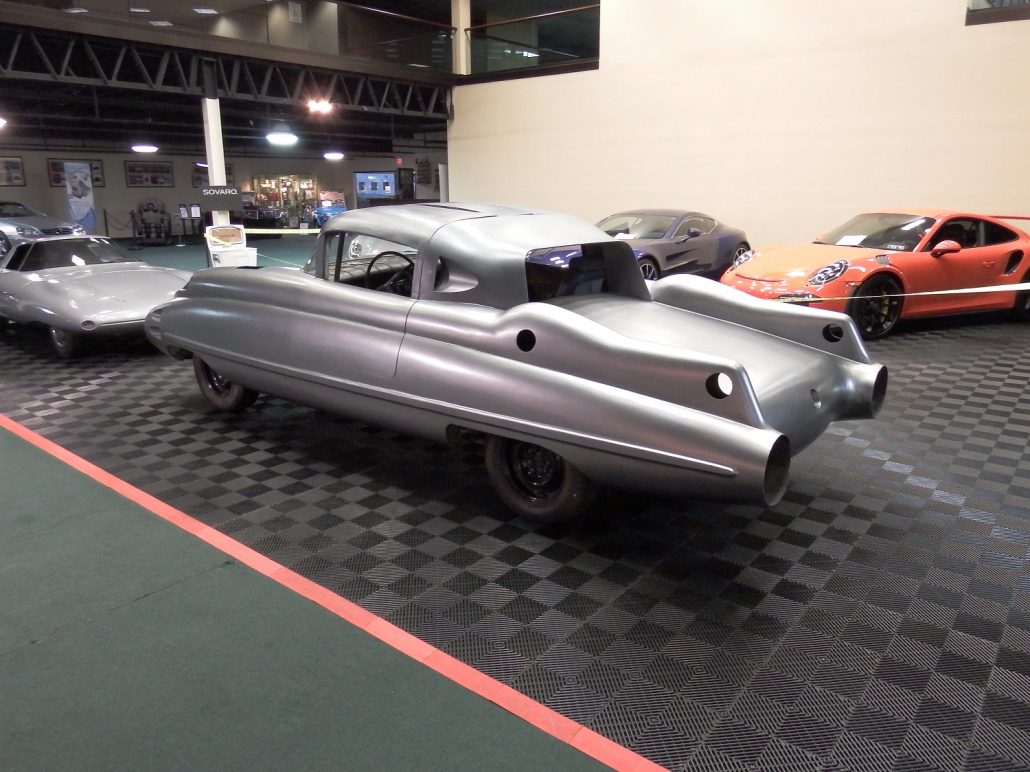 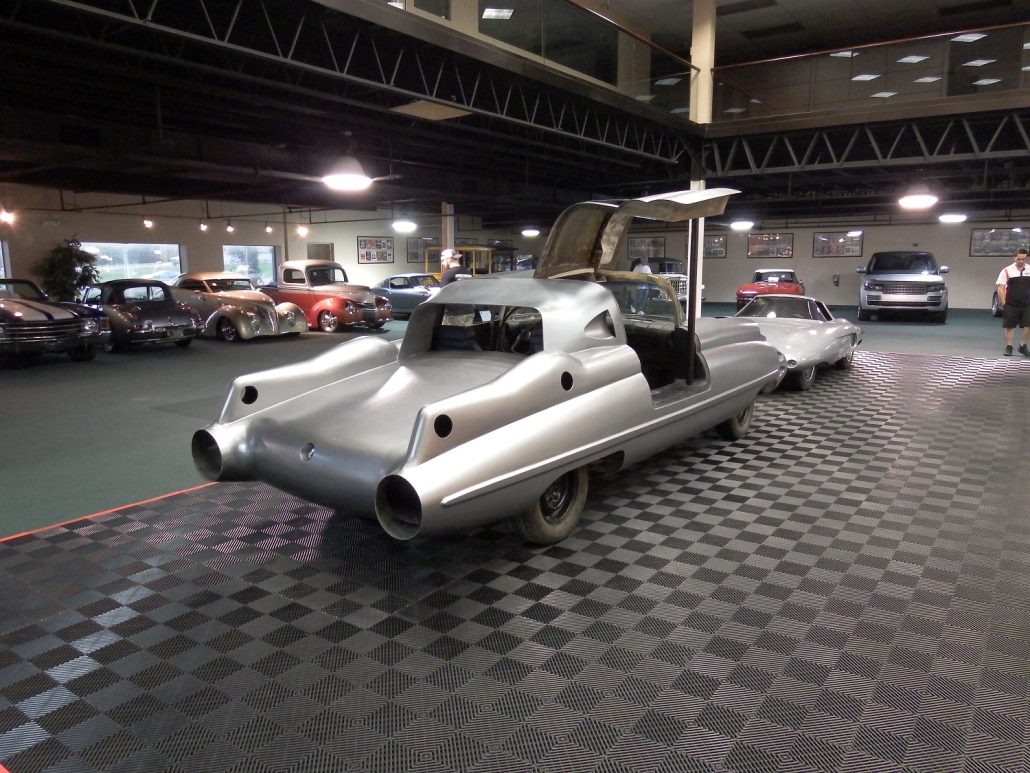 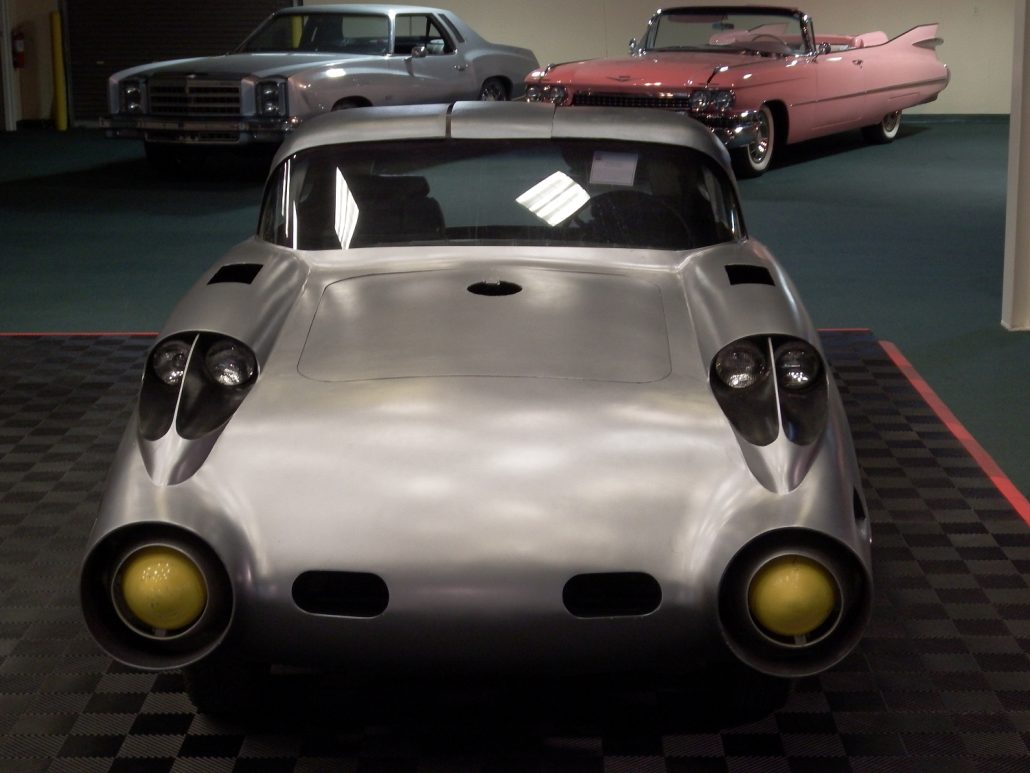 Our 1957 Galileo Special is in the que for restoration.  It’s wild, unique design is something to appreciate, and we can’t wait until it’s finished and ready to become the show car that it’s designer and builder, Joseph Galileo, envisioned.  Once finished and driving….it will seem appropriate to say….”Second star to the right….and straight on ’till morning.”