You know the cars still out there gang….beautiful sports cars, crazy wild customs and everything in between.

We’ve found so many that were thought extinct or gone for decades that I always begin my research with the 100% belief that the car still exists.  Funny thing is that we’re still finding cars to this day.  We’ve just located a handbuilt car from 1948 which has been missing since it appeared in a 1948 magazine – over 70 years.  I hope to be able to share a story on it soon.  So….let’s take a look at this car today – an unpublished set of photos from the Petersen Digital Archive.  I’ve never seen photos of it before, and I can’t recall it ever being in a 1950s magazine so let’s take a look at the photos and see what we can learn.  And away we go.

The Front of the Car

I love the fact that several of the photos show a man with the car (presumably the owner/designer/builder) and his dog.  What a fun sight this car and these passengers must have been when seen on the road.  The styling was influenced, no doubt, by the General Motors Le Sebre Concept car which came out in 1951.  These photos were taken by Joe Moore in 1955 with the title “Pontiac Carbs and 1954 Fantasy.”  That gives us our first clue which is a build date of 1954.  The abbreviation “MTR” also appears for the “periodical” so that was either Motor Trend or Motor Life – unless there’s another magazine by Trend Inc. that matches.

The bullets on the front of the car is also a style for the time, and many customs were wearing these.  The 1952 Manta Ray, 1950 Leo Lyons Custom Mercury, The 1957 Galileo Show car – we’ve found several customs of the 1950s with this look, and of course you had them on the production cars too such as the mid fifties Cadillacs and some 50s Buicks too. 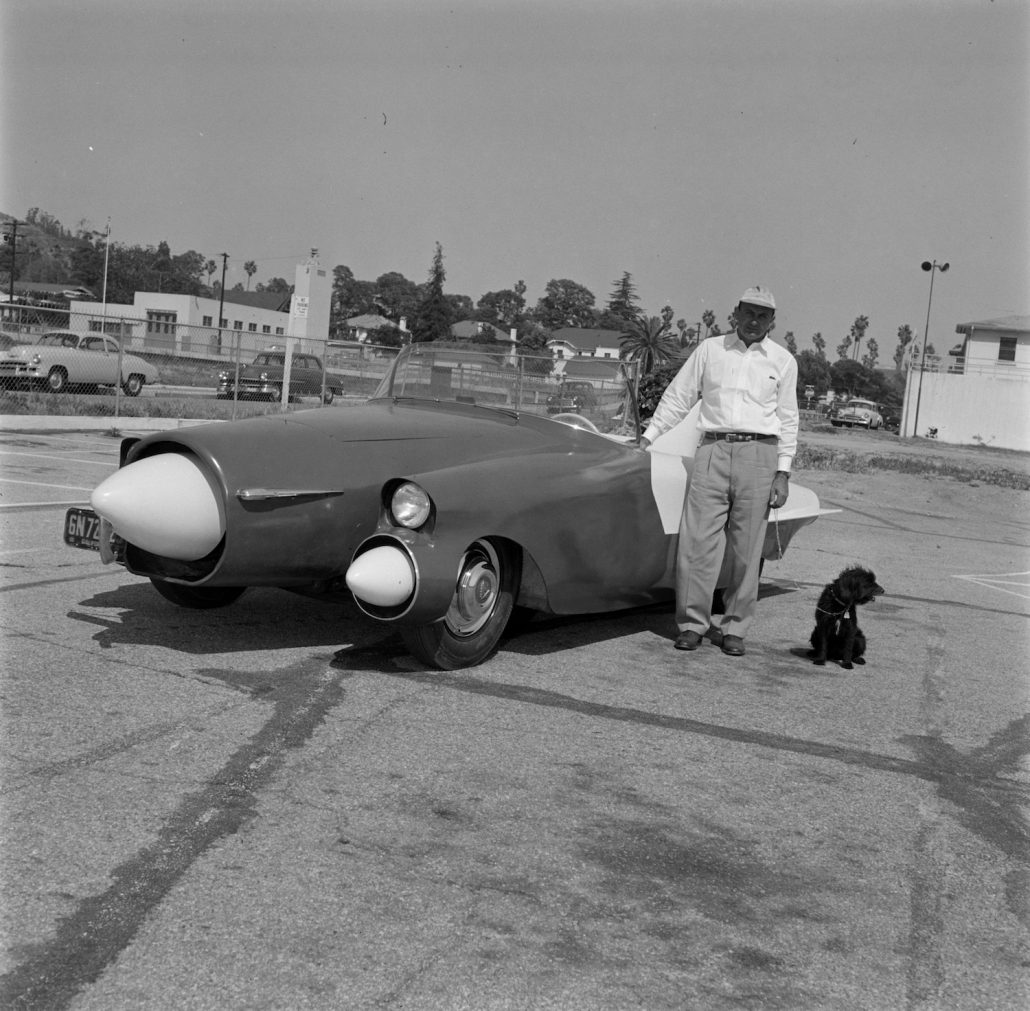 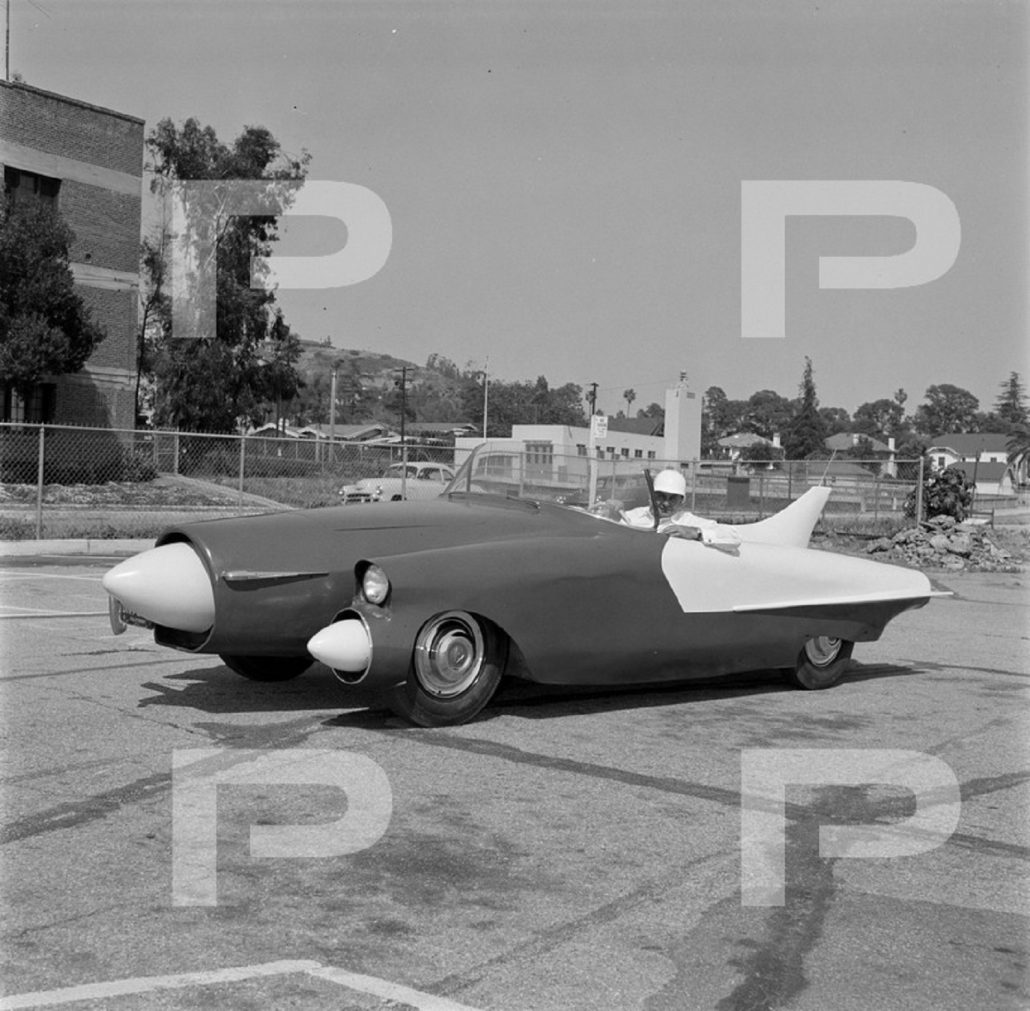 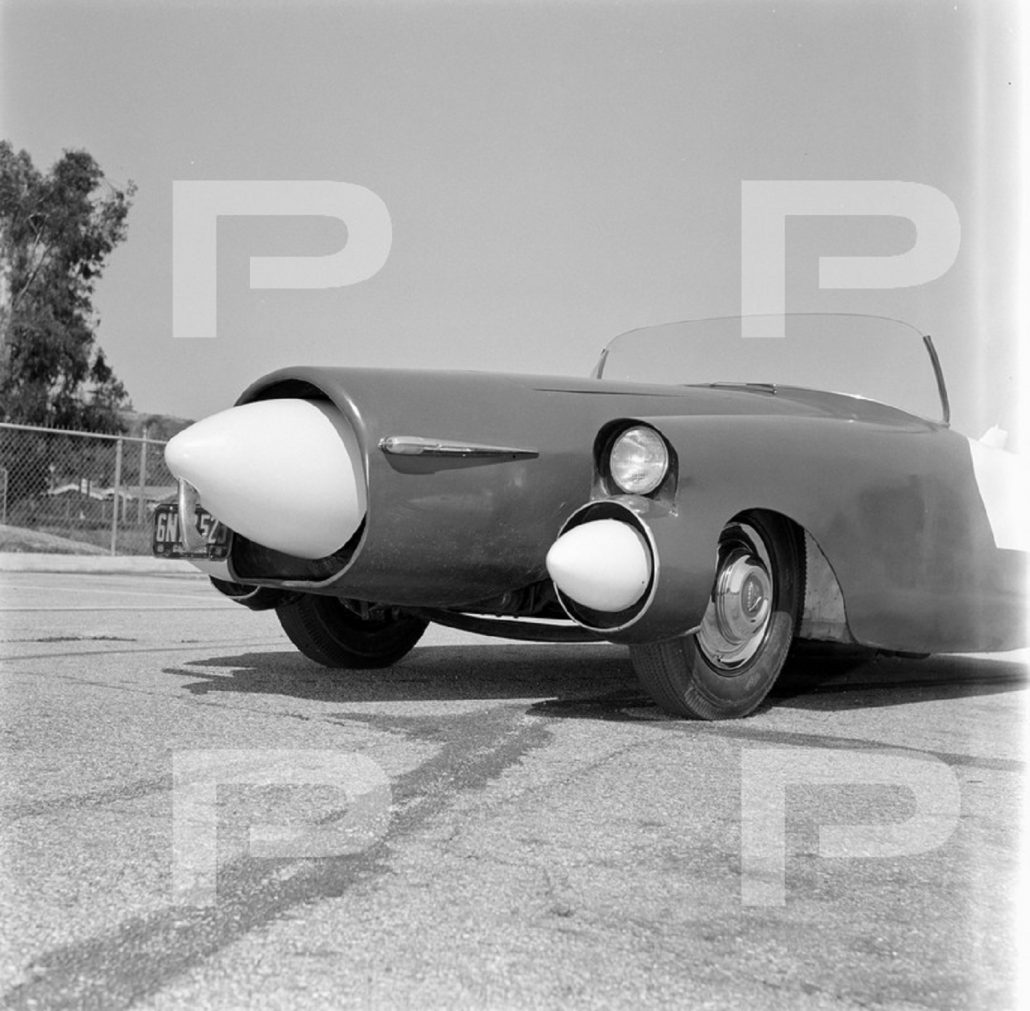 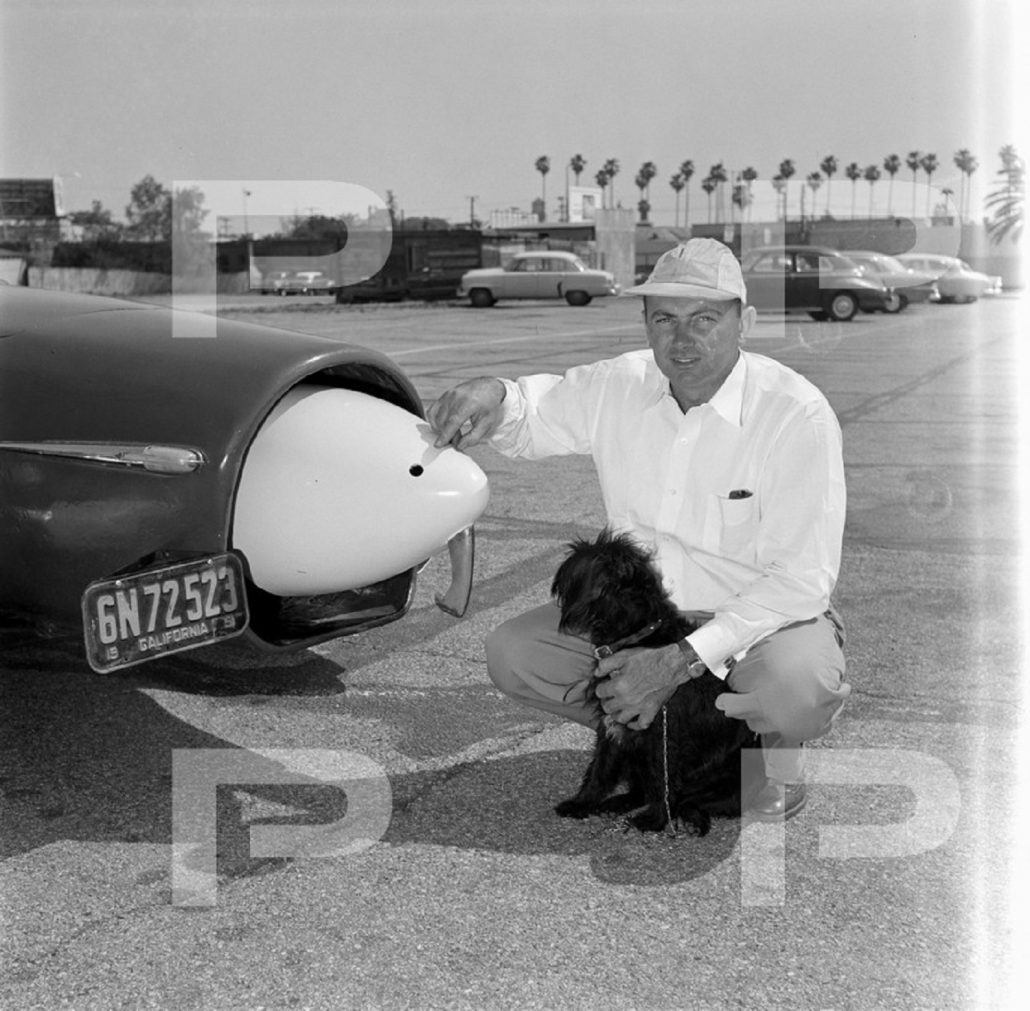 The Side of the Car 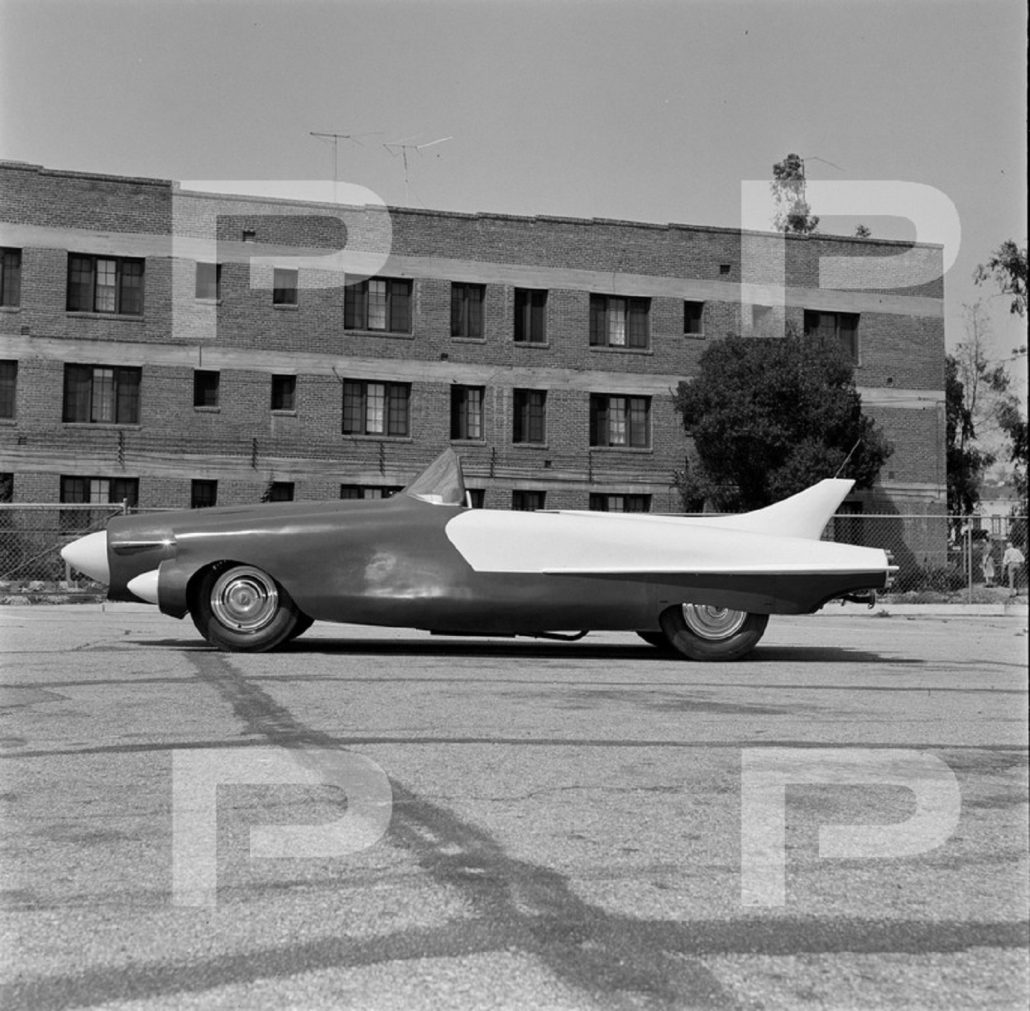 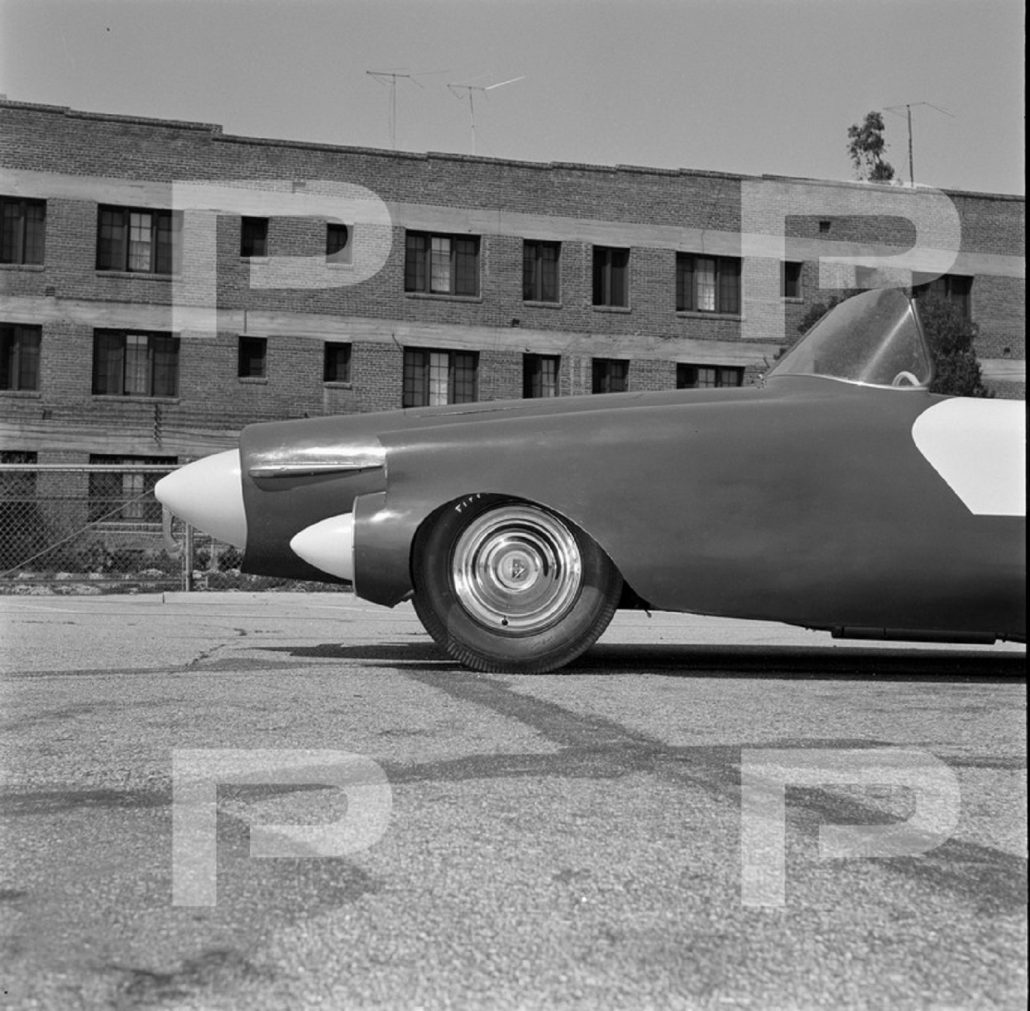 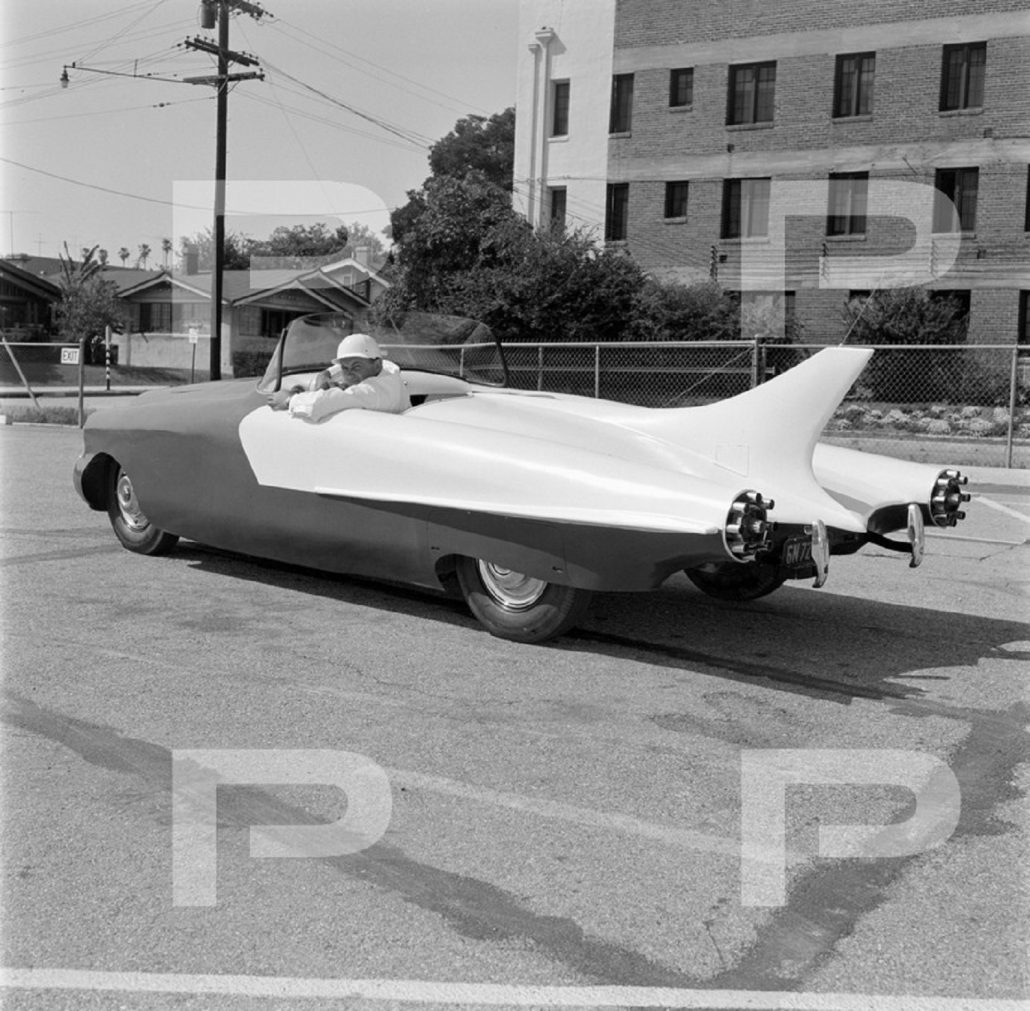 Back of the Car

In the photos below we can confirm what we thought the car was built on – the rear axle is a Ford Banjo (1939-1948) and this is heritage of the engine you’ll soon see too.  So…most likely this car was built using a donor car from 1939-1948.  And maybe some Pontiac carbs given that it references these as part of the titles for the pictures in the archive. 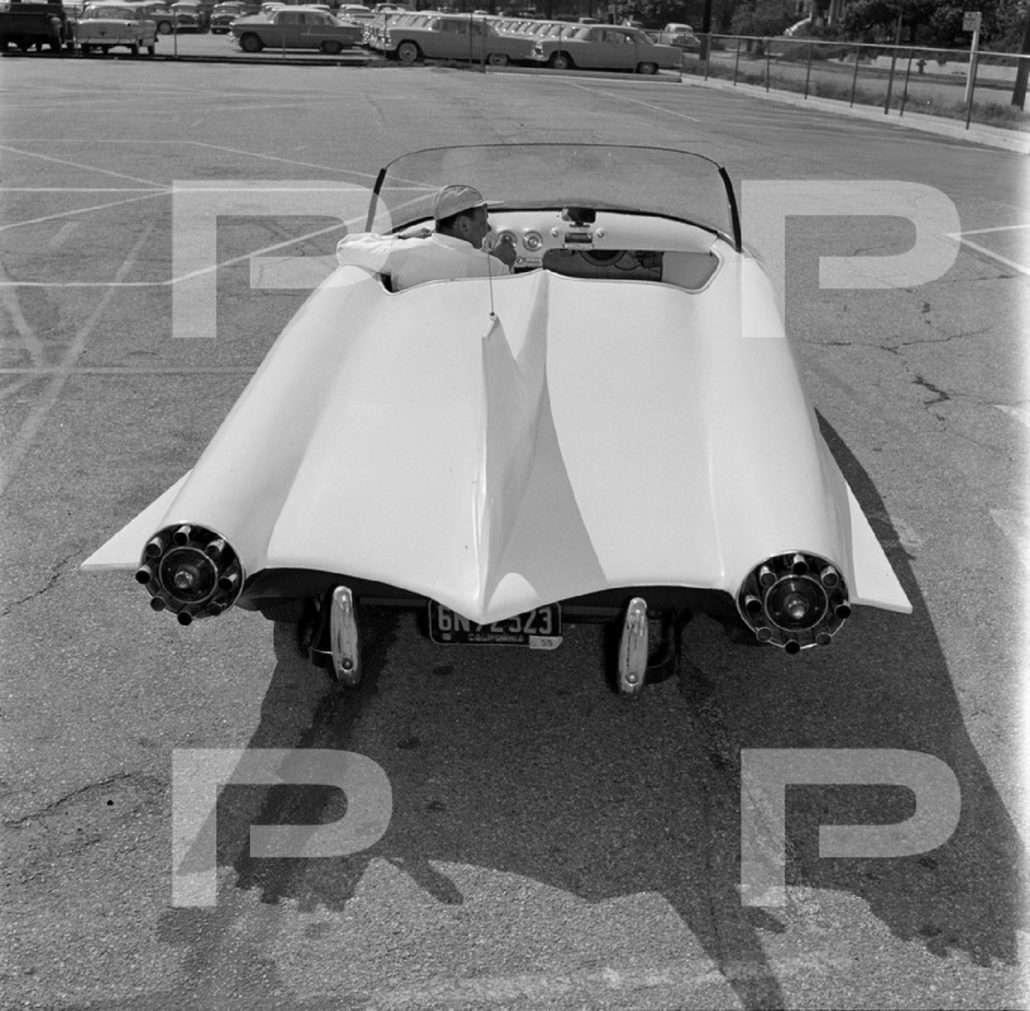 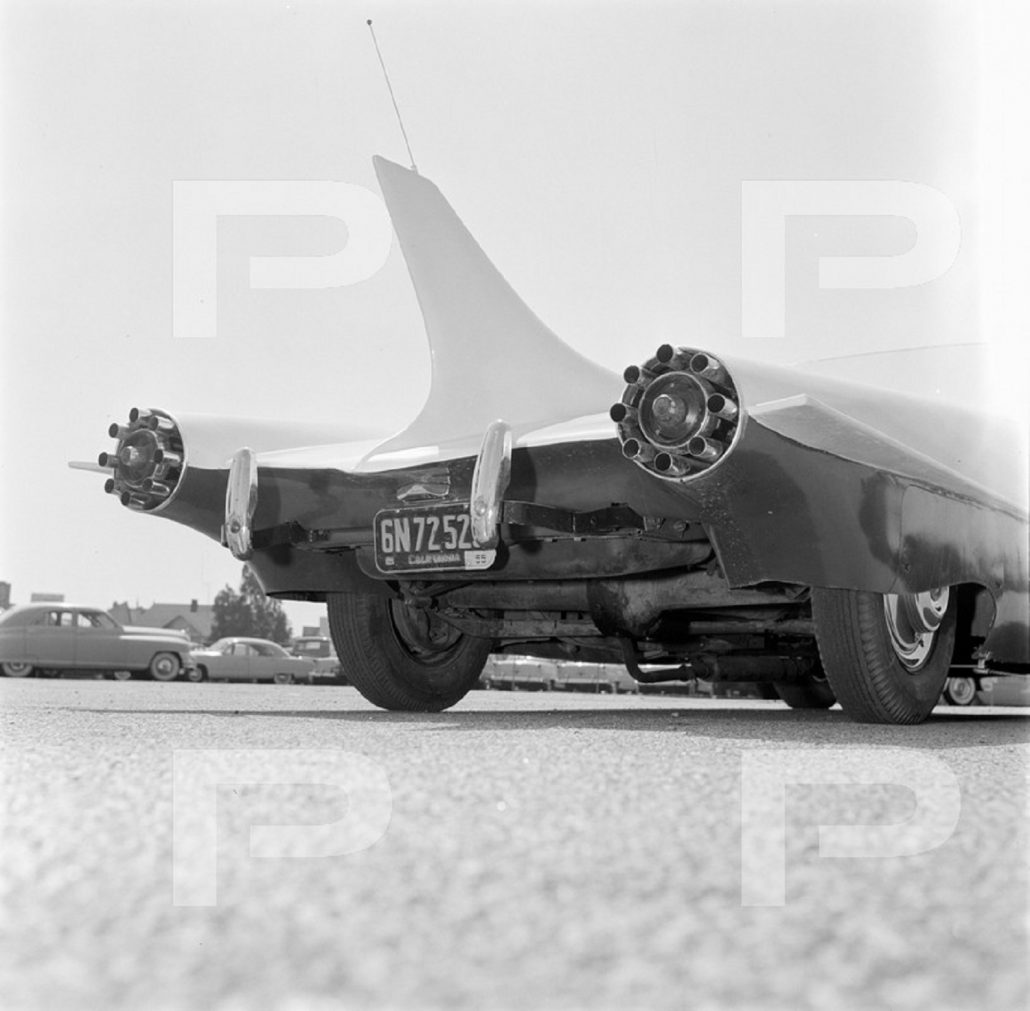 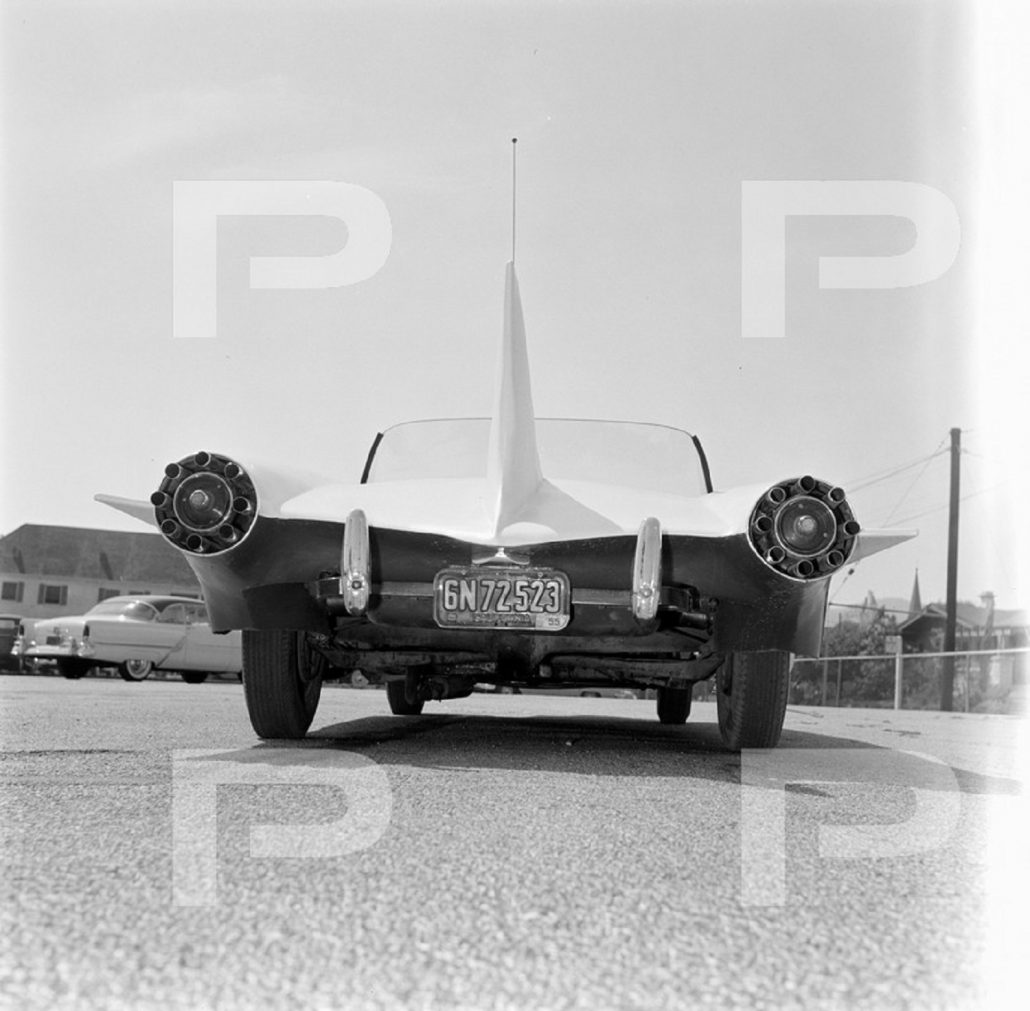 Not sure of the gauges here gang – maybe Ford?  Possibly Pontiac?  I think it’s a 1950 Ford steering wheel.  All thoughts appreciated. 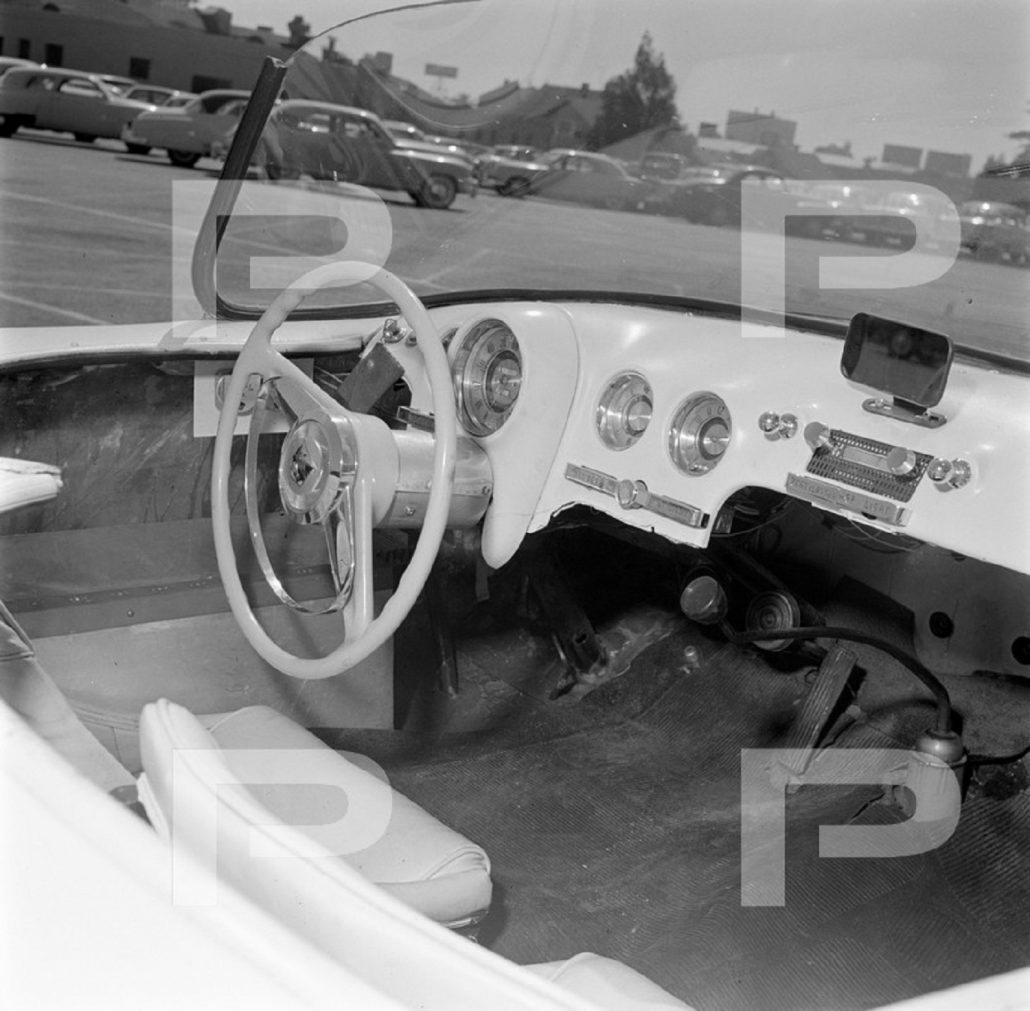 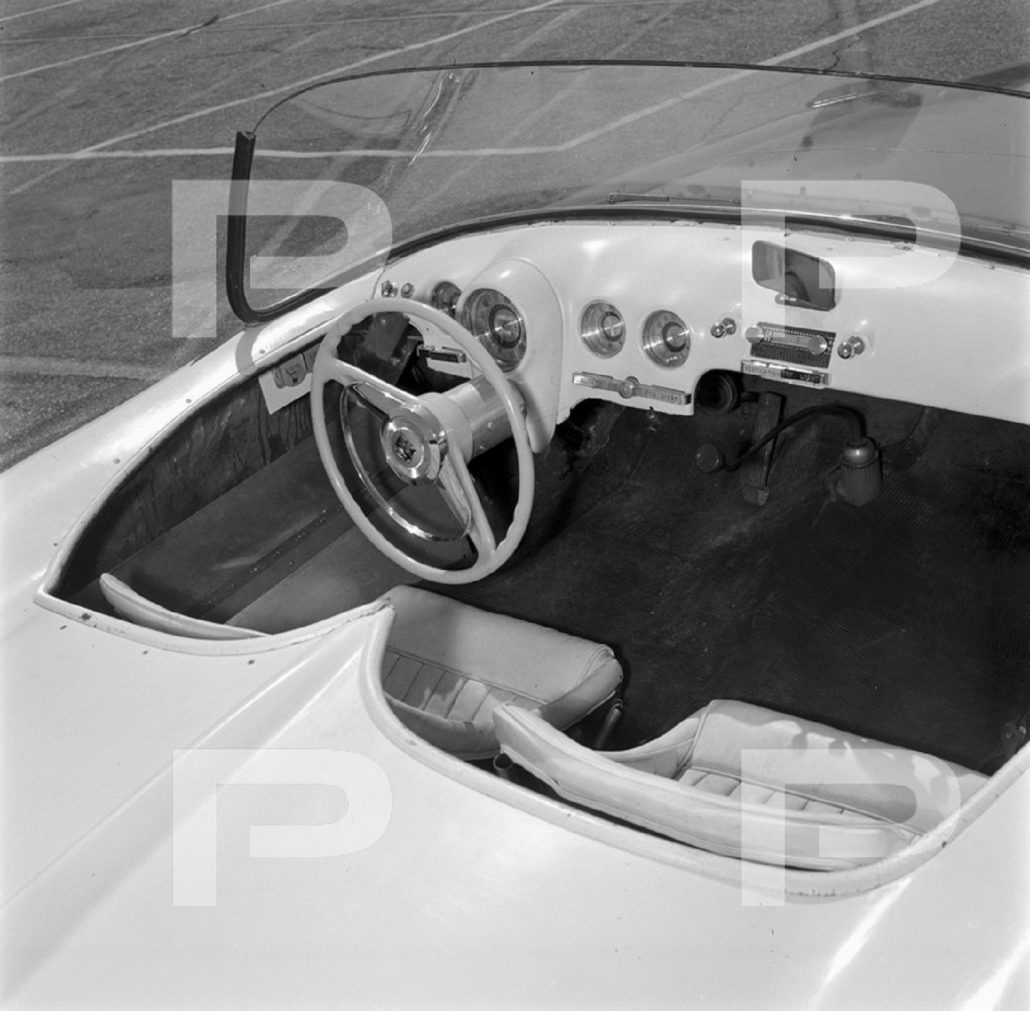 The Ford Flathead engine is pre-1949 which is confirmed with the location of the distributor – at the front center of the engine.  It’s also known as a Ford crab carburetor. 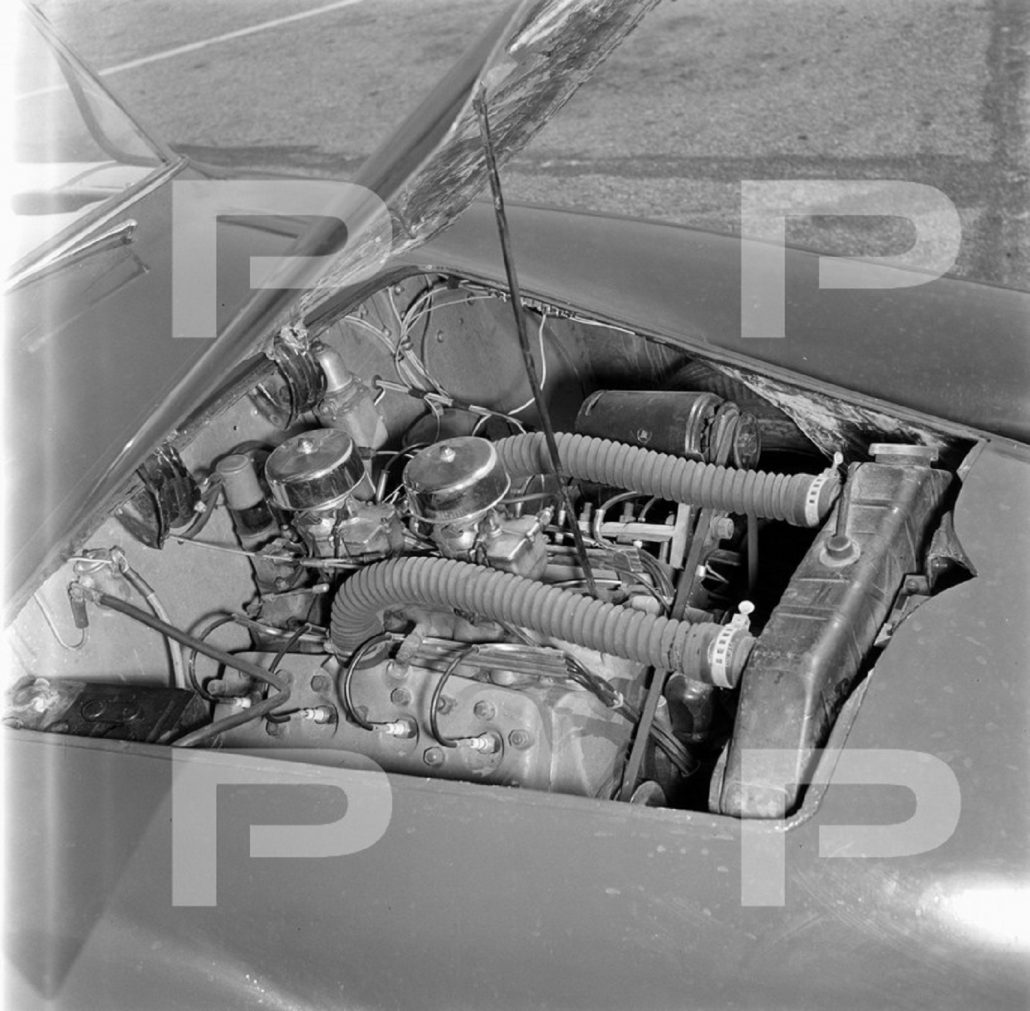 So where do we go next?  For me it’s hitting the books and magazines of the 1950s.  And sometimes we get lucky and someone on the internet recognizes a car and knows its history – just like the car we found from 1948 that hasn’t been seen since then but will debut on our website soon.  Always something fun and exciting to share with you here at Undiscovered Classics.