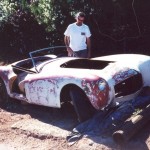 What Have I Gotten Myself Into? Probably What Jerry Was Thinking As He Stood Along Side His G2 Back in the 1990’s.

Some of our favorite fiberglass cars are just now emerging from years of restoration.  This one’s gonna knock the socks off you.  Remember the song by the Beach Boys….”She’s Real Fine, My 409…”.  Well…after you see Jerry Wood’s Glasspar G2, we’ll have to write another song based on the same concept, and substitute the words “Glasspar G2” and “331” appropriately.  If only they rhymed…

Jerry found this car back in the early 1990’s.  Like most of our cars, it had been neglected for longer than it had been finished, and now it was a disaster.  Missing its original hood, the signature G2 grill, and more parts than you could imagine.  Someone even hacked off parts of the original G2 dash.  Shame, shame, shame….

He bought the car from Rich Riddell – a famous car restorer and rod builder in Southern California who had started restoration by creating an aluminum hood with louvers – which is still on the car today.  Very attractive feature.    The car still had what is believed to be its original engine – a 1953 Chrysler Hemi.  Wow!  What an engine!  That’s as far as Riddell got before he sold the car to a brave young man named Jerry Wood. 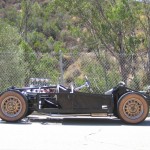 What Do I Have?  The Research Begins…

Jerry bought the car and like most of us… he was apprehensive to begin.  Where do you start?  What do you have?  Why did I buy this?  These are all questions Jerry asked of himself.  Then, he met fiberglass historian and sportscar enthusiast extraordinaire…..Rodney Packwood – who knew what the car was immediately.  In fact, Rodney was the first person Jerry met who knew the true history of vintage fiberglass cars from the 1950’s.  This was a match made in fiberglass heaven.

Based on his knowledge and enthusiasm, Rodney became the touchstone and inspiration for starting and ultimately finishing the car.  The Glasspar reminded Rodney about the car he and his brother built back in the early 1960’s – the famous racecar….the “Packwood Special”.  More about this in a future story.

But….like most of us….Jerry knew the road to completion would be a very long journey.  Ultimately, Jerry spent over 18 years restoring his G2….and the pictures of the completed car certainly show that the end result was worth it in every way.  Many of the parts had to be fabricated or created from scratch.  Checkout the attention to detail in the “Technical Specifications” box at the end of this story, and the pictures at the very bottom of this web page too.  Remarkable accomplishment. 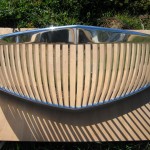 Rodney attacked the frame and body first to help determine the G2’s age.  In fact, it’s because of this doggedness that the Glasspar G2 serial number project became a reality.  Rodney was able to date the Shorty Post frame to October 1952, and the body number of “172” to late 1952 or early 1953.  No doubt the car was completed sometime in 1953 or beyond, but all indications is that this is an early Glasspar G2.  The fact that it has just a passenger door  and no driver’s door is a sign that it’s an early car.  Back then, sports car enthusiasts needed just one door to participate in a race per the rules at the time.  Why spend more money on the optional driver’s door if you didn’t need one?

Also, like many vintage fiberglass sports cars of the time, it bears signs of a race history.  The engine is a big indicator – if it is the original engine.  But the car was found with race numbers painted on the sides.  And consider the single door speaking to the bare minimum needed to properly qualify for a race.  If only cars could speak (and pay their own bills)….oh we could learn so much more.  But for now, the race history and original ownership of this car is shrouded in mystery.

The Jerry Wood Glasspar Debuts to Great Acclaim at Coronado:

I’ve been following the restoration of this car for several years, and we were sure 2010 would be the year it would hit the road.  And what a “hit” it turned out to be! 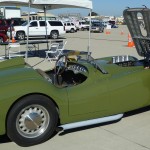 The first time the car was shown was on September 25th, 2010, at the Coronado Speed Festival on Coronado Island, in San Diego California.   As you would expect, response was overwhelming to the car.  Rodney tells me it was hard to get pictures of it without having people in the way.

On that day, Jerry was awarded first prize in the Custom Car division.  The announcer made the statement that “the judges were completely blindsided by this surprising entrant.  Most had never seen a Glasspar G2, read about them in history books, or last saw one 50+ years ago.  Way to go Jerry!  What a grand entrance to automotive history you’ve made!

By now each of you probably appreciates the level of commitment and expertise Jerry brought to his project.  I asked Jerry how many other cars he’s restored over the years.  Surprisingly, this is his first effort in restoring, building, and fabricating a car at this level.  Wow!

Jerry’s a cabinetmaker by trade, but I think I see a new expanding career in his future.  That is, restoring 1950’s fiberglass cars and fabricating what’s needed – just like they would have done in the 1950’s.  Hats off to Jerry on his beautifully finished car and to his good friend Rodney who has been Jerry’s support at every step. 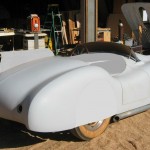 Jerry’s Thinking About Putting Some Fender Skirts on His G2. Rodney Showed How This Would Look in Photoshop – Back When it was in Primer. Wha’ cha’ Think Gang? Not Too Shabby…

Jerry drives the car frequently.  In fact, he couldn’t hold himself back and drove the car over 1500 miles while it was still in primer.  What a guy!  Jerry notes that he spent hundreds of hours prepping the car for paint, and once painted, he spent more than 100 hours again color sanding it – to get the perfect shine.  You sure can tell.

So…best wishes to Jerry and watch out for him in Southern California.  Another G2 is on the road and it’s hemi is raring to go.  And so are Jerry and Rodney, I’m sure..

What Have I Gotten Myself Into? Probably Exactly What Jerry Was Thinking As He Stands Along Side His G2 Back in the 1990’s. 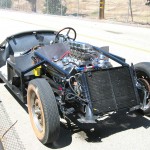 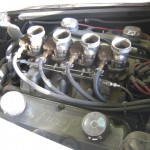 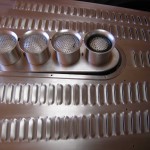 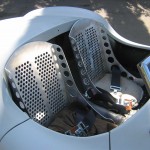 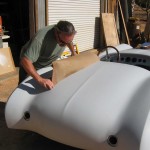 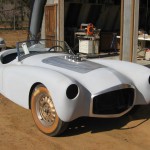 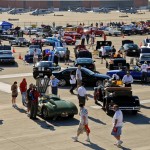 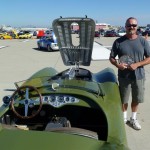 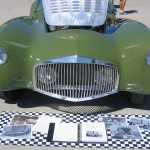 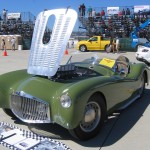 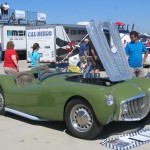 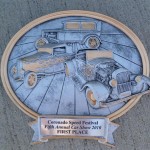 Jerry’s Thinking About Putting Some Fender Skirts on His G2. Rodney Photoshopped How It Would Look Back When it was in Primer. Wha’ cha’ Think Gang? Not Too Shabby… 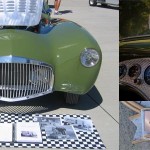