Another press release photo uncovered most likely circa 1965 – we’ll let Nick Whitlow, our resident CRV historian and expert, chip in and share his thoughts on the date in the comments area below.

Based on the wording of the release, it may have been prepared for the UK/European market.  Let’s see what it had to say. 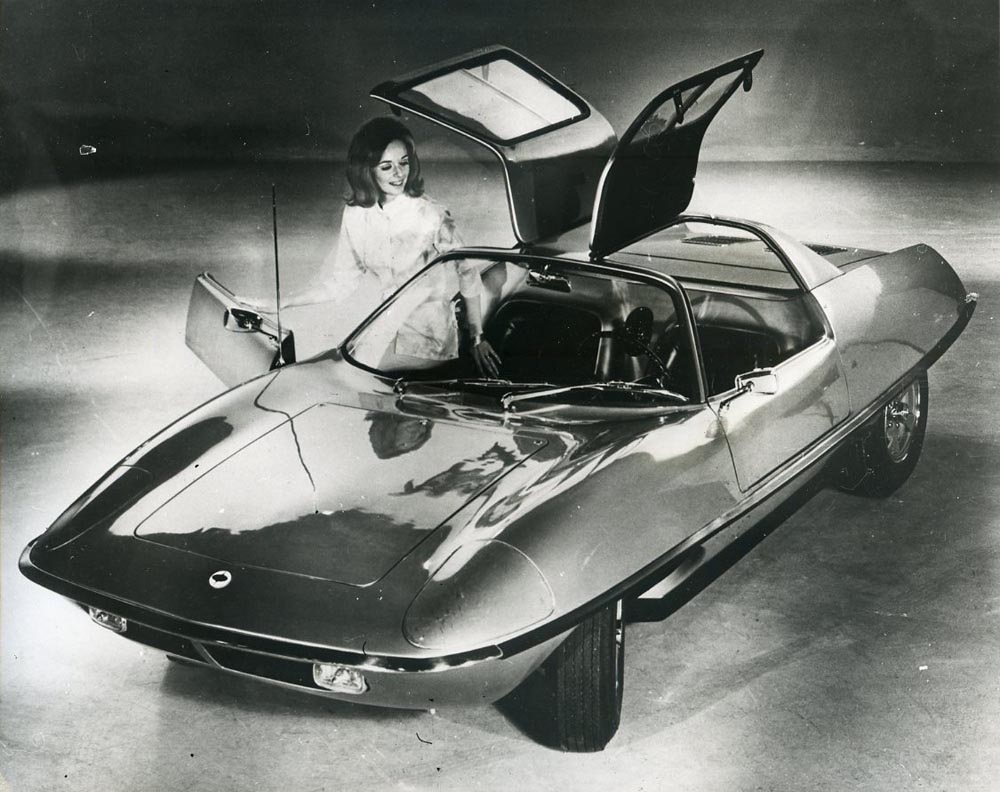 A dynamic new sports car has made its debut in the U.S.  Apart from its unconventional design, the vehicle’s major feature is that, with the exception of the motor, wheels and steering column, it is made entirely of plastic.

Built by the Marbon Chemical Company’s Centaur Engineering department in Detroit, Michigan, the car – called the CRV-4 – has a detachable roof and a 140 horsepower Corvair engine.  The vehicle made as an experimental model is to appear at auto exhibitions around the world. 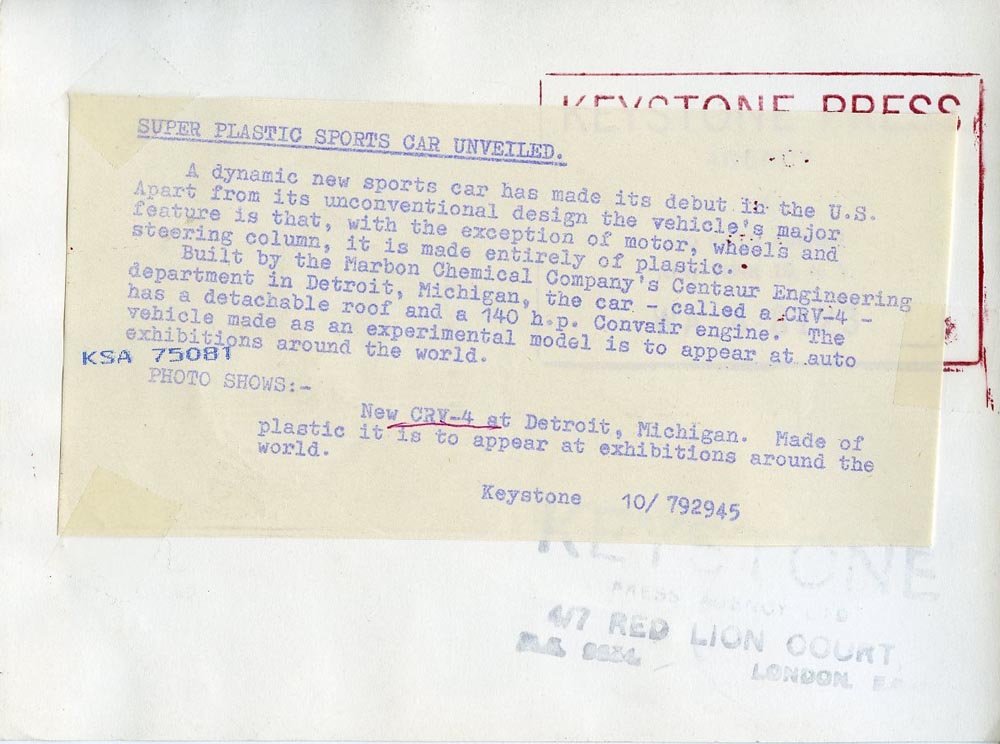 This is the first time I’ve seen reference to the CRV-4 – and a Corvair engine.  I’ll have to checkout the full story on Nick Whitlow’s website on the CRV