I’ve had too much coffee this morning – but the title is right on target.

Most people think of a fiberglass sports car called a “Berkeley” as a stylish car from over the Pond in the UK.  Well this one is from the USA – not the UK – and thanks to the efforts of good fiberglass friend Jim Fox from California – a Berkeley owner that has one of the UK versions – we have our story today. 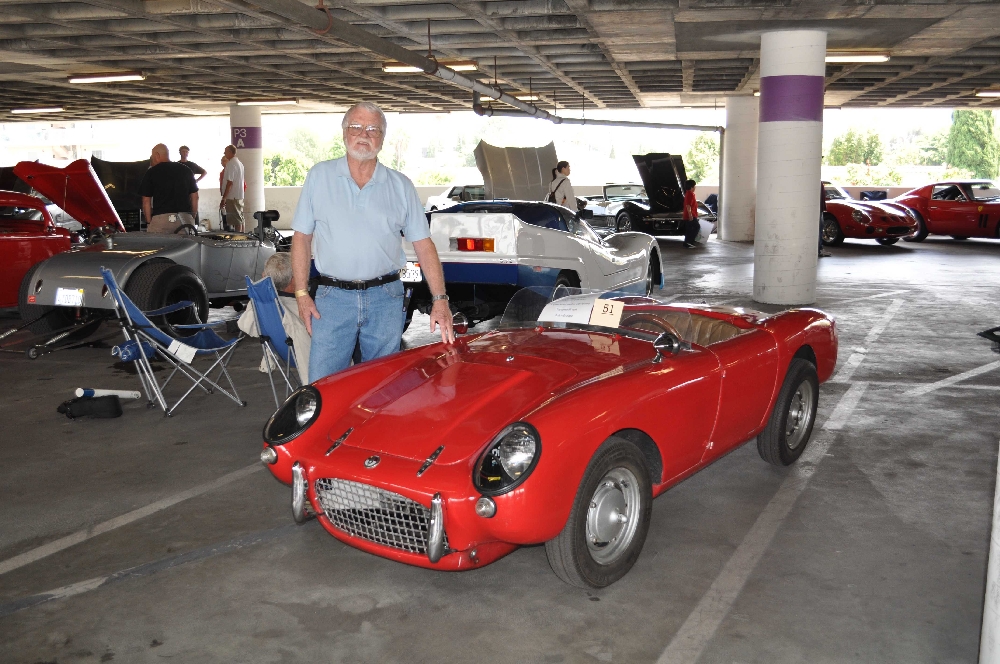 I first met Jim Fox via our Forgotten Fiberglass website back in early 2010 and we corresponded about his interest in fiberglass sports cars and especially Berkeley’s (UK).  He promised that he would bring his car to “Fiberglass Day” at the Petersen Automotive Museum in June 2010.   It was there that I had a chance to meet Jim in person and see his beautifully restored car.

But Jim wanted to show me something special about Berkeleys – how “upwardly mobile” these cars were.  That’s usually a term I’ve heard applied to hard-working, industrious young men and women in industry – not to cars.  So I was curious to see what he meant.  See the two pictures below. 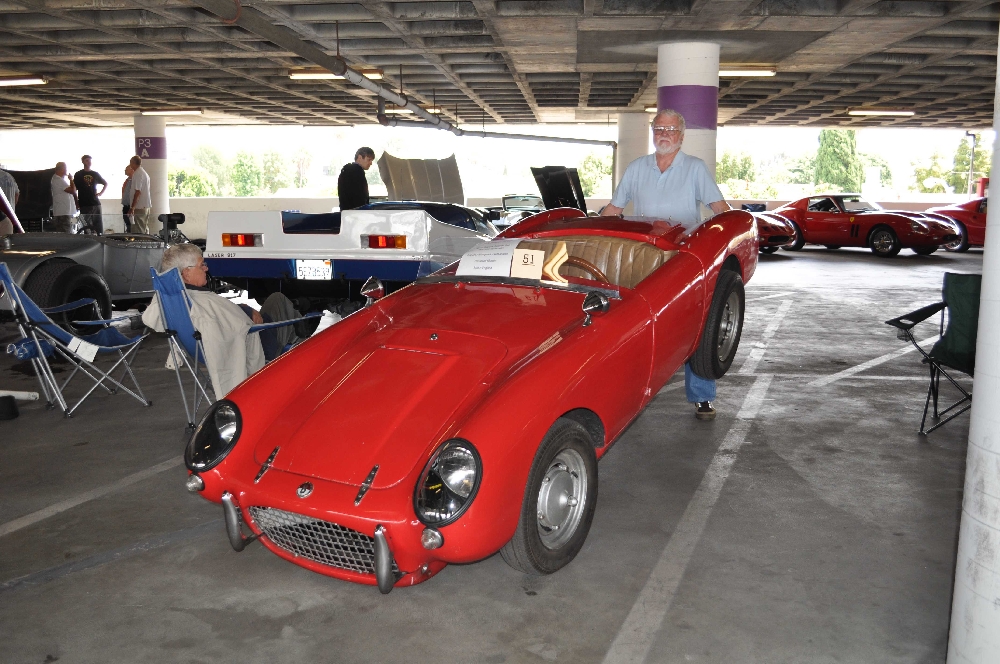 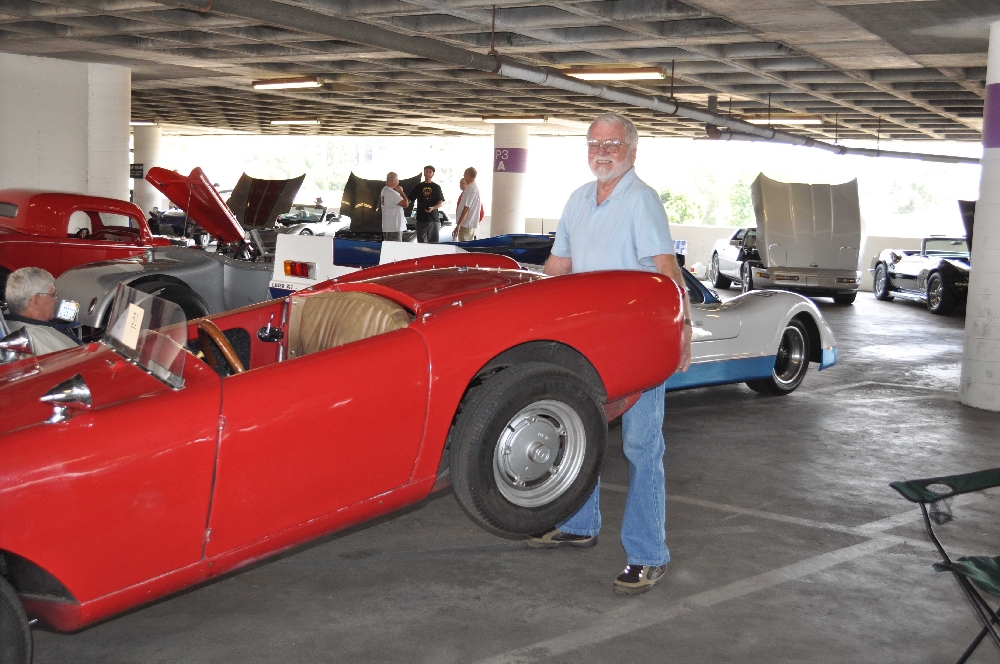 Now I know what Jim meant!  And I certainly won’t forget 🙂

Recently, Jim sent in copies of a brochure of a car I’ve heard about, but where research so far revealed scant information.  It was called the Berkeley and was built in ’57.  The brochure was sized at 8 and ½ x 11 inches and folded in half.  Let’s check out what the brochure has to say.  And remember to use your mouse and click on any image here at Forgotten Fiberglass to make it appear larger on your computer screen. 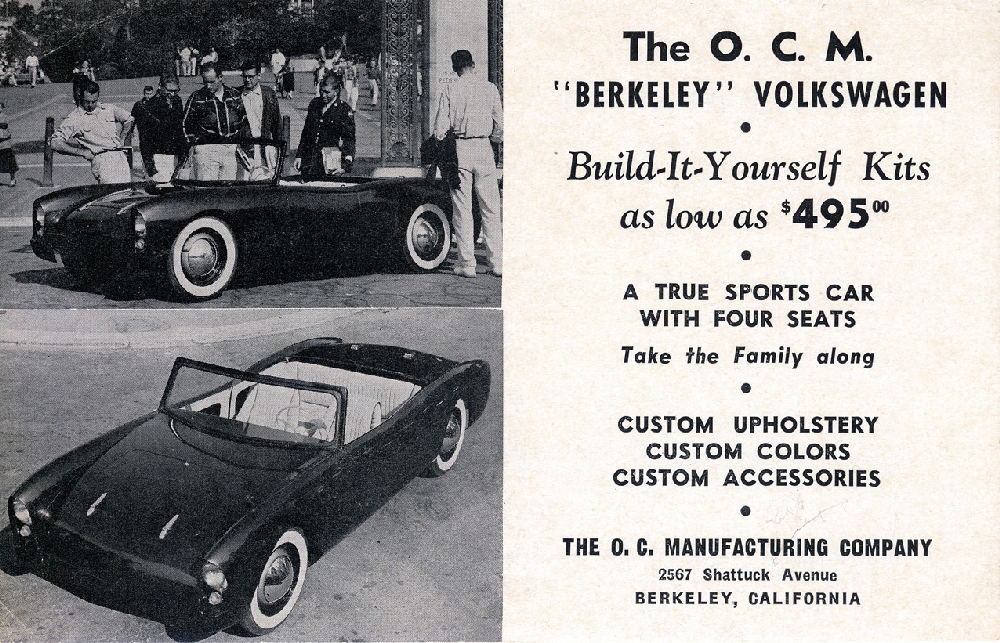 The O.C.M. “Berkely” Volkswagen Is Built With Fiberglass Laminated Resin – The Wonder Material.

It Cannot Rust!  It Cannot Deteriorate!

There is no equal in strength and durability to the carefully molded, hand-made O.C.M. “Berkeley” fiberglass body. 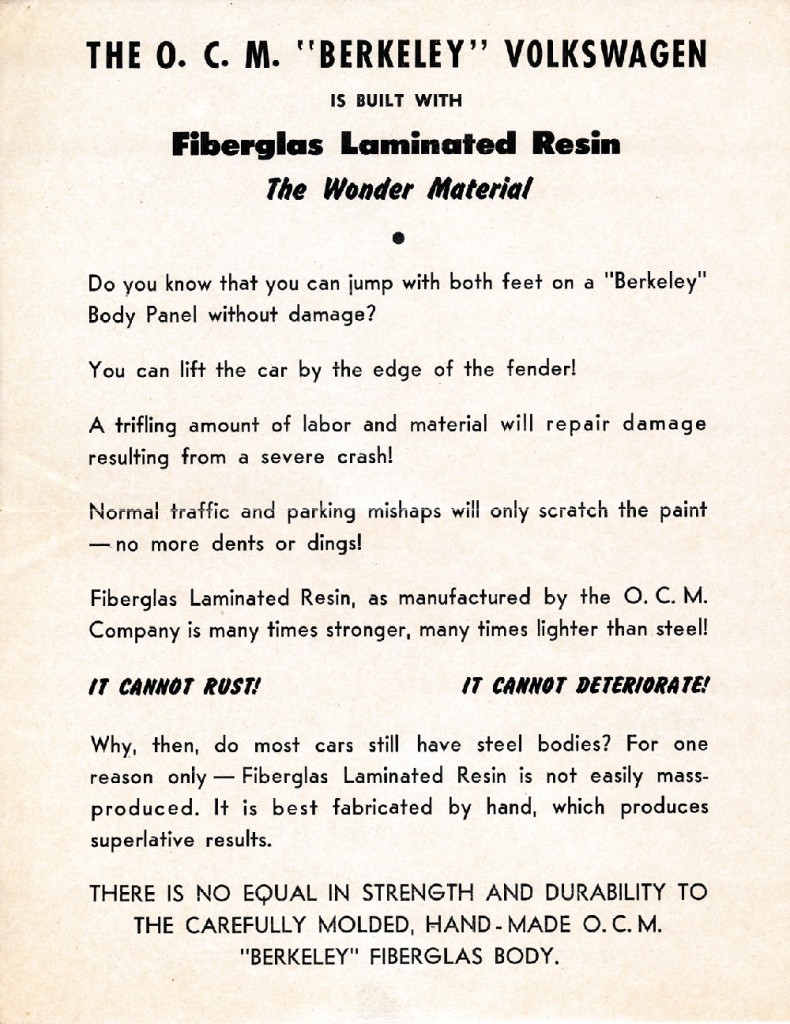 A Car To Suit Your Tastes! 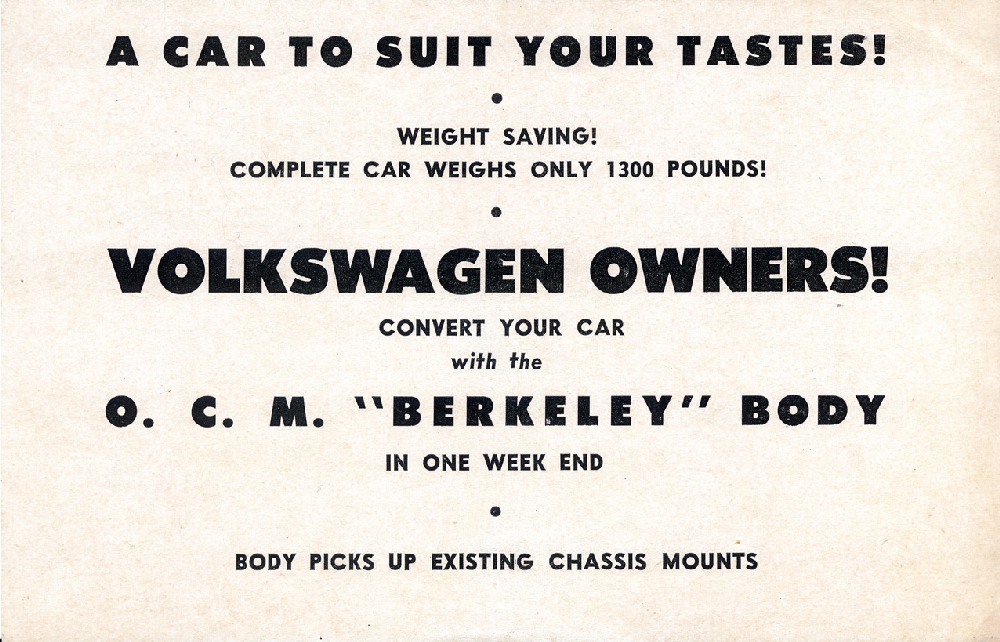 One of my favorite books on little known cars was written by James Moloney and George Damman and published by Crestline Publishing in ’80.  The title of the book was “Encyclopedia of American Cars: 1946 to 1959”

At the very back of this book is a section dedicated to cars that were little-known or short-lived – and what a wonderful section it is.  This section was written by George Damman, and he worked with folks across the industry to compile this list of cars and their known history.

One of the cars he reviewed was the Berkeley Sports Car from California.  Let’s look at what George had to say about this car: 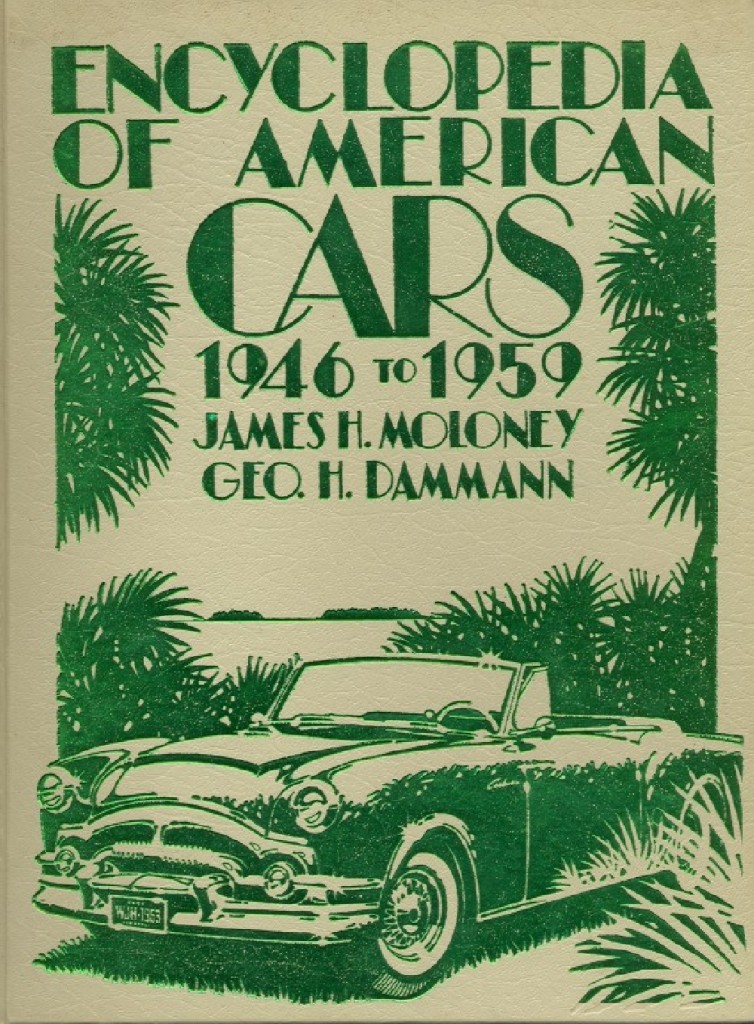 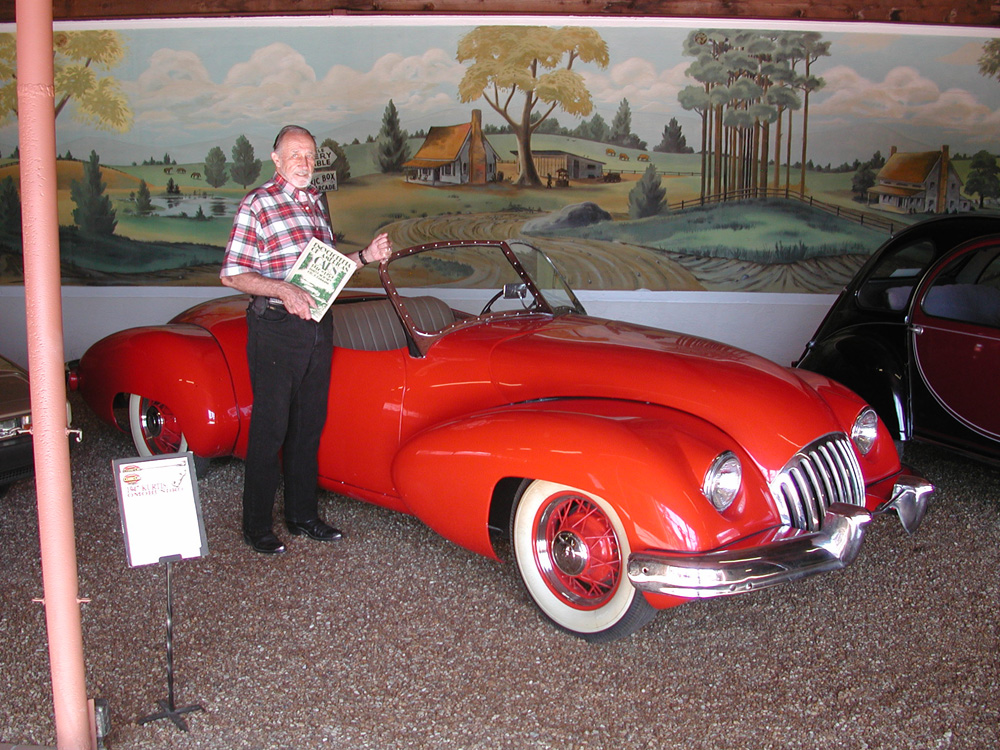 I’m Fortunate That George Dammann Lives Nearby In Sarasota, Florida. George And I Recently Got Together At The Sarasota Car Museum To Discuss His Book And The History Of His Publishing Company Back Then – Crestline Publishing. George Dammann And Perry Zavitz Were The First Authors To Review, In Detail, The Cacophony of Car Manufacturers That Were Short-Lived In The Postwar Era.

Having no relationship at all with the British Berkeley sports car, the American vehicle bearing the name Berkeley came out of the shops of the O.C. Manufacturing Company of Berkeley, California in 1957.  Another drop-on fiberglass body, the Berkeley was a rather attractive little roadster designed exclusively for the Volkswagen chassis.

Unlike most drop-ons, the Berkeley was a 4 passenger model known as a boulevard-type sports car, rather than the traditional 2 passenger type.  The company planned to market the body in kit for only $495, but for reasons unknown, dropped the project fairly early in the game.  Apparently only a handful of Berkeleys ever rolled out of Berkeley. 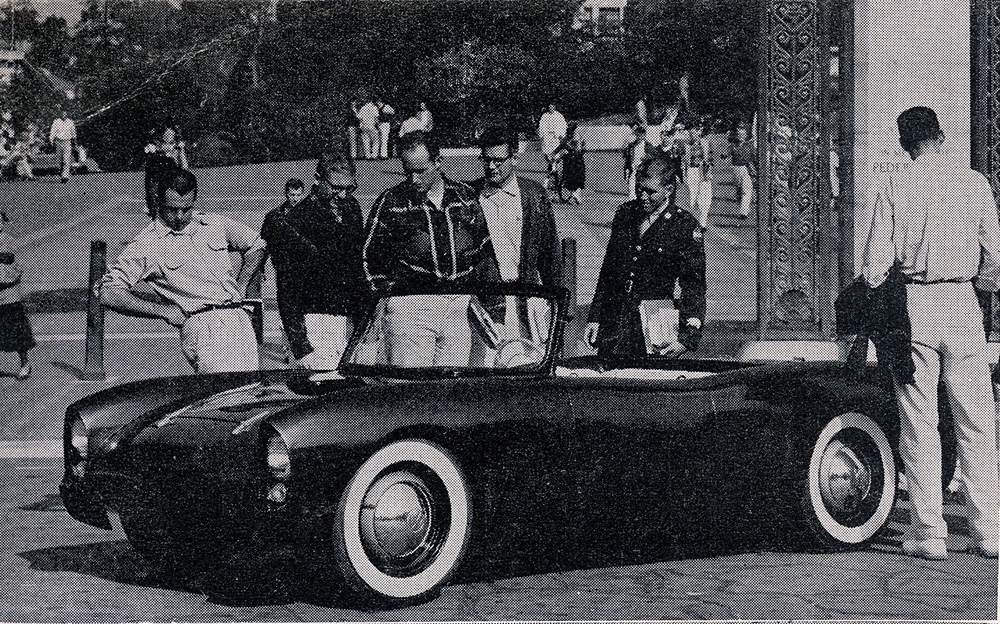 We’re still on the lookout for more information about the Berkeley VW based sports car and the folks who produced it.  Thanks to the eagle eyes of Jim Fox, we have a great leg-up on the history of this car with a copy of the Berkeley brochure.

No doubt there was an article or two about the car back around ’57.  Perhaps one of you fiber-fanatics out there might be able to track down a copy.  In fact, Tony St. Clair – automotive historian and vintage automobile magazine enthusiast might already know the hidden whereabouts of that article.  Ever seen the Berkeley in print Tony?  The gang at Forgotten Fiberglass would love to know 🙂

And of course the ultimate question is….where is the Berkeley Sports Car now?  It hasn’t been seen since ’57.   So… you fiber guys on the West Coast….start with the Bay Area – go forth and find this fiber fantastic car.  What fun it would be to see the car after so many years. 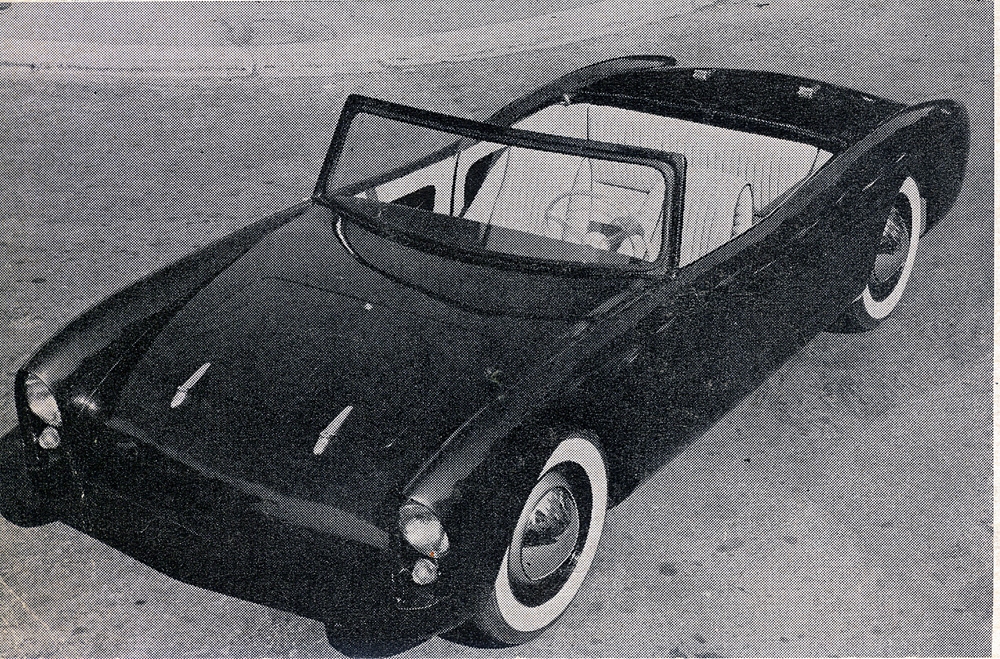 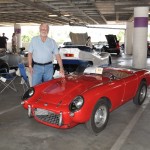 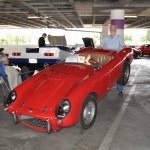 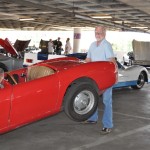 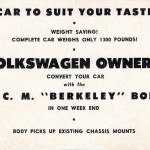 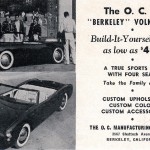 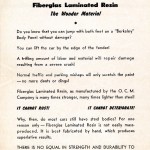 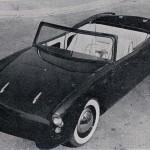 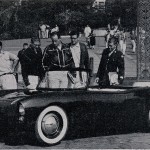 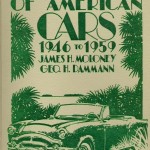 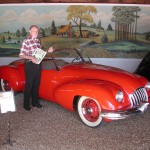 I’m Fortunate That George Dammann Lives Nearby In Sarasota, Florida. George And I Recently Got Together At The Sarasota Car Museum To Discuss His Book And The History Of His Publishing Company Back Then – Crestline Publishing. 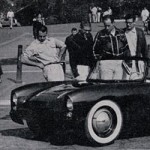