What a great story this is today – and it represents another “Cover Story” where the fiberglass car of interest appears on the cover of the magazine.  This time it’s in color too!  Very cool.

Let’s have a look at what Auto Age had to say in ’53 about the debut of the Rockefeller Yankee. 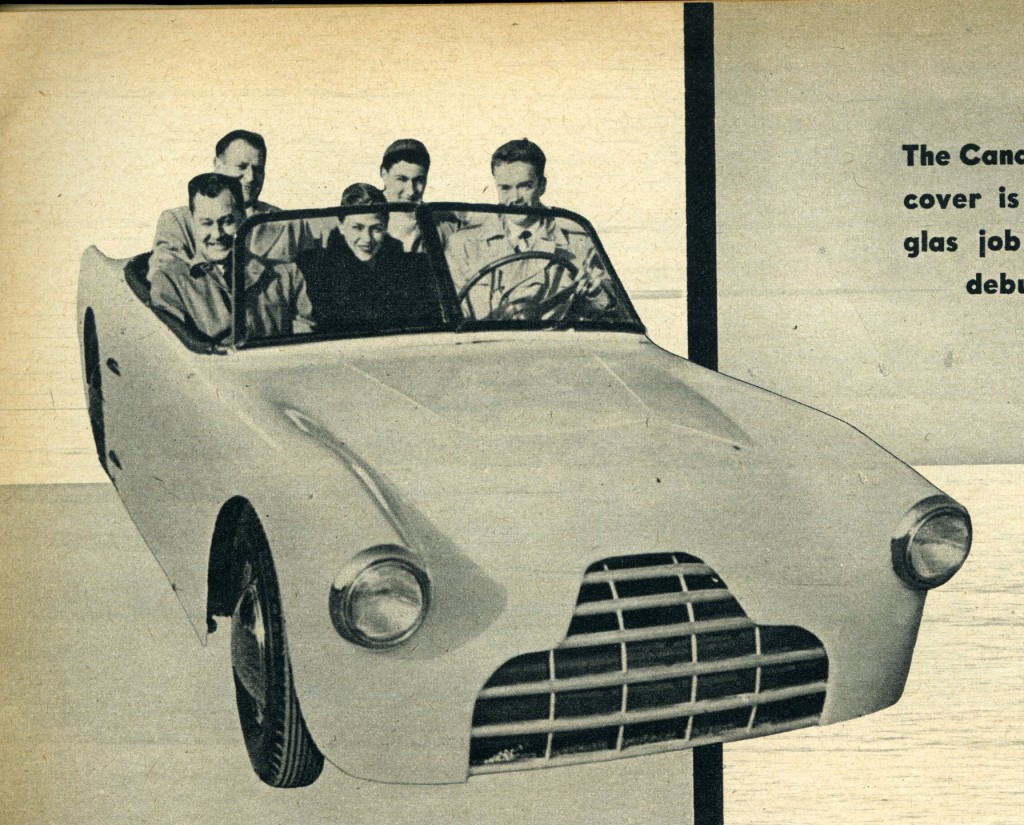 Install a stock Ford V8 engine in a practically collision-proof fiberglass body; achieve speeds upwards of 100 mph and then sell this remarkable job at a price to fit almost any budget – about $2495.  Do that and you’re boud to raise the pulse of any car enthusiast.  It looks familiar too – somewhat like the ’49 Ford.

By the time you read this, the Rockefeller Yankee, a sports car built according to the formula above, will have been on display at one of the prominent motor sports shows in New York City.  Designer Warren Shiber, a young man with ideas, says the stock 100 horsepower Ford V8 engine is not souped up.

Shiber is against engine modifications, and light weight is his key to speed.  Besides, the engine, he uses the standard Ford clutch, gear box and rear end.  Though he prefers Ford parts, Shiber will construct a car with any engine on order.  Transverse front and rear springs from the ’48 Ford are mounted on a modified Ford frame culminating in a 100 inch wheelbase, a 58 inch front and a 56 inch rear tread.  Shocks are adjustable.  Overall length is 14 feet, width 66 inches, cowl height 36 inches, road clearance 6 ¾ inches and the tires are 6.00 x 16.

The high ratio steering gear is supplemented by only two turns lock to lock on the steering wheel with resulting exceptional handling qualities.  Acceleration from zero to 60 mph is 12 seconds.  Incidentally, a dashboard plaque guarantees the job to do 100 miles per hour.  Shiber adds the Yankee will do “a little more.” 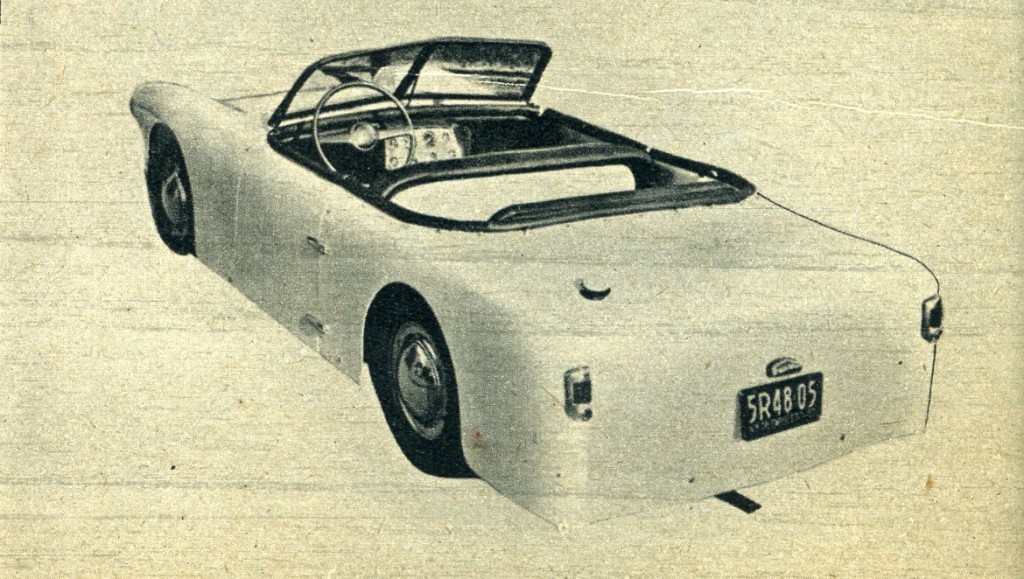 The Yankee designer has achieved what he considers the ultimate in power-to-weight ratio.  Total curb weight is approximately 2000 pounds, while the rattle, rot and rust-proof fiberglass Yankee body alone weights less than 200 pounds.  A comparable metal body on a car of similar size would be three or four times heavier.  The builder expects to get 25 miles or more to the gallon at fairly high cruising speeds.  Lunn Laminates Inc., a Navy contractor of Huntington Station, Long Island, New York fabricated the body.

Color is impregnated into the fiberglass during the molding process.  The car will come equipped with a handy repair kit.  Behind the rear seat is a roomy trunk.  The Rockefeller is a four-seater; five persons have managed to squeeze in as our illustration shows.  Upholster is ribbed Naugahyde with interior side panels covered in bright-colored plastic.  A protective roll of crash padding extends completely around the top rim of the cockpit.  Stewart-Warner dash equipment, including a tachometer (bless ‘em) is used.

Associated with Warren Shiber are Skip Maynard, an upholsterer extraordinary, and Al Cooper and James Applegate, both top-notch mechanics well-known out on Long Island.  If the Long Island job clicks, as its originators hope, the working space will soon be expanded from the present size – an area about four times the size of the vehicle.  Current production goal is one car a month.

Putting together a car like the Yankee requires long hours of work without disturbance.  That’s why a large sign attached to the entrance reads: “No Admittance.  This Means You.”  To make certain he isn’t disturbed, Shiber removes all doorknobs – from the garage, that is.

I feel fortunate to have spent time with Jim Rockefeller in 2006.  I found Jim via his close friendship with fiberglass aficionado Pat Amendolia who we have talked about in conjunction with his own car (click here to review the Amendolia Chevy Special) as well as his relationship to the U.S. Fiberglass Mark II sports car.

The more we research the world of fiberglass in the ‘50s….the smaller it seems to get in terms of those individuals who made a mark on the industry – in its infancy 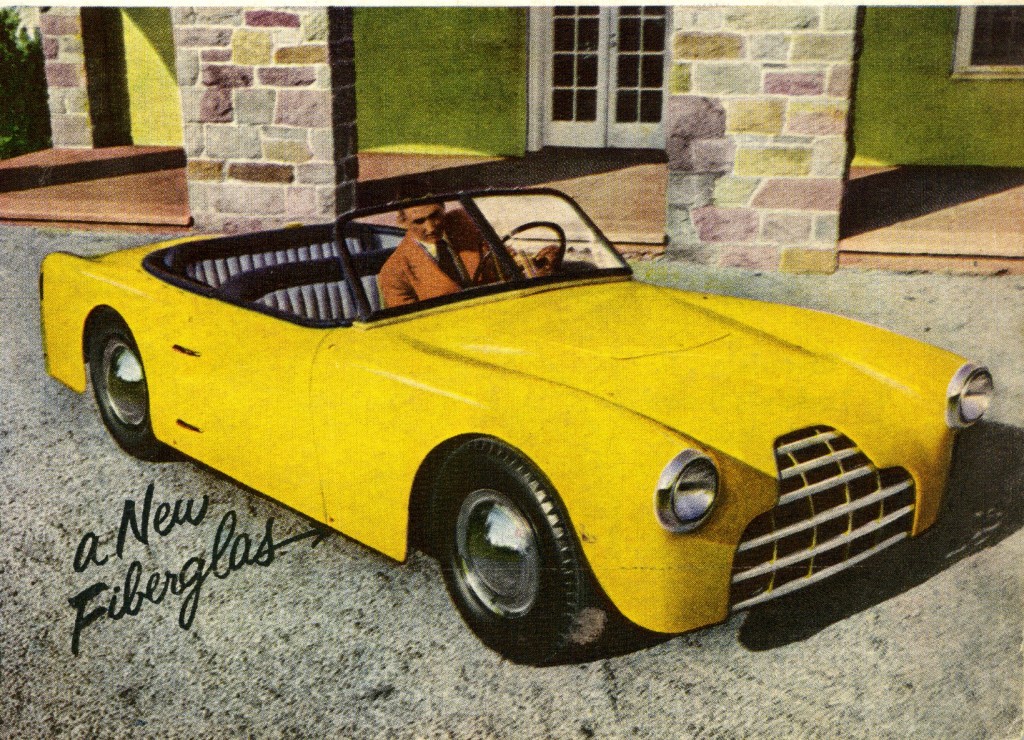 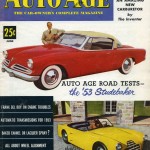 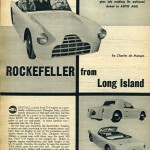 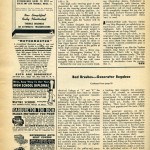 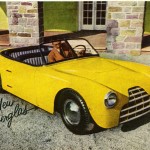 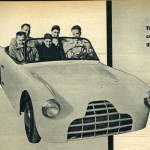 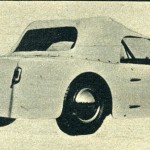 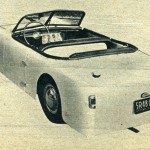 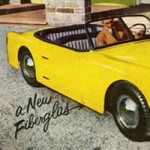