So far we’ve found two magazines that heralded the announcement that a newly designed “Dutch Darrin” DKW car that would ultimately be sold by Flintridge Motors of Los Angeles, California.  Each occurred early in ’57 and the plans were changing – even between the publication of both magazines.  Let’s have a look and see what each has to say: 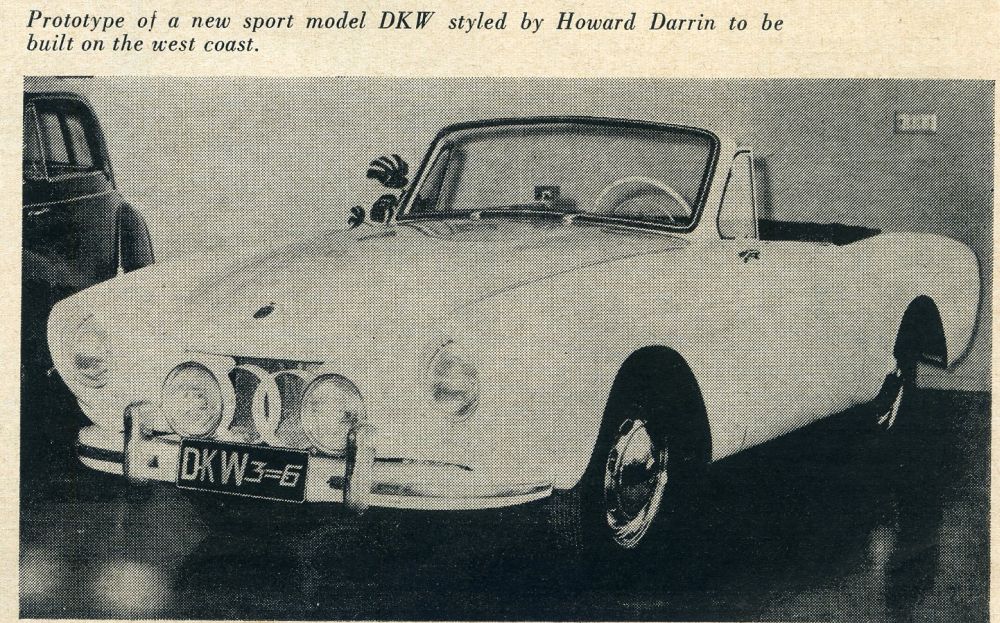 Late entries in the 1957 race include a 5 to 6 passenger car to be known as the “Flintridge DKW Darrin Mark II Sports.”  Whether a sports car or not (and we say not) Howard Darrin has come up with an interesting styling treatment with a clever new grille featuring the famous 4-ring Auto Union emblem. (Spoilied, however, by the two fog lights).  The all-steel body wil be made in Los Angeles and it has a removable hard top. 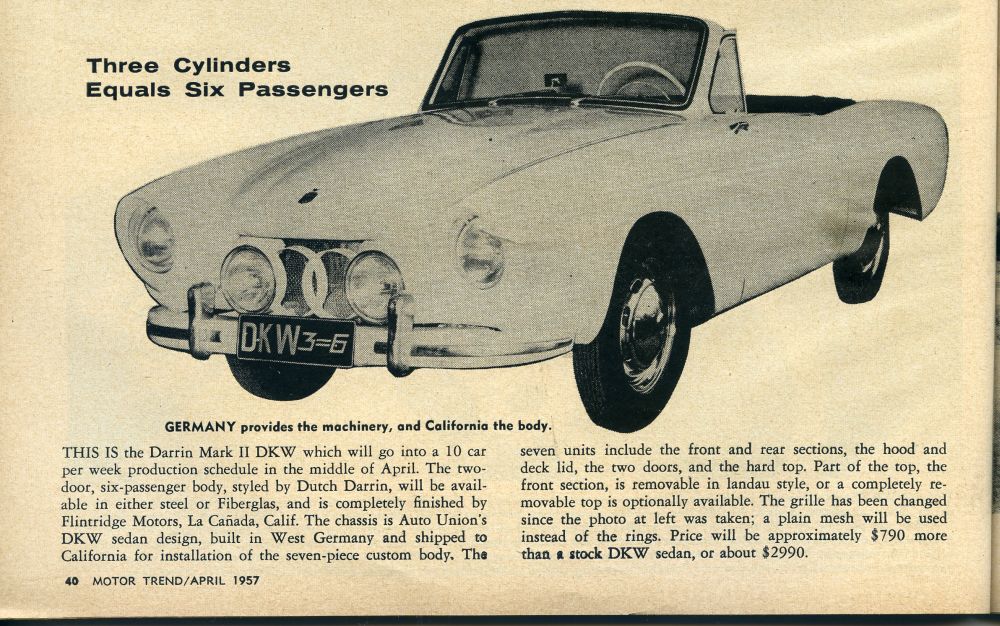 This is the Darrin Mark II DKW which will go into production schedule in the middle of April (1957).  The two-door, six-passenger body, styled by Dutch Darrin, will be available in either steel or fiberglass, and is completely finished by Flintridge Motors, La Canada, California.

The chassis is Auto Union’s DKW sedan design, built in West Germany and shipped to California for installation of the seven-piece custom body.  The seven units include the front and rear sections, the hood and deck lid, the two doors, and the hardtop.

Part of the top, the front section, is removable in landau style, or a completely removable top is optionally available.  The grille has been changed since the photo above was taken; a plain mesh will be used instead of the rings.  Price will be approximately $790 more than a stock DKW sedan, or about $2990.

It’s interesting to note the changes from one article to the next.  By April, Motor Trend was already reporting the move toward use of fiberglass for the bodies – or at least a choice between steel and fiberglass.  And…the grille design had already been changed too.  Smart looking car and I kind of like the fog lights as part of the emblem in the grille.  What a cool look that would have been. 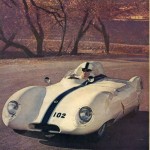 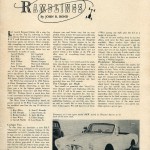 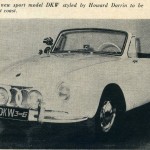 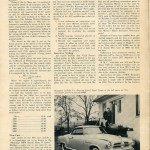 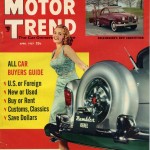 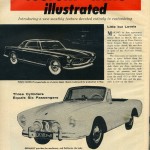 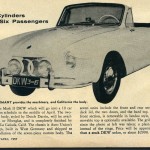