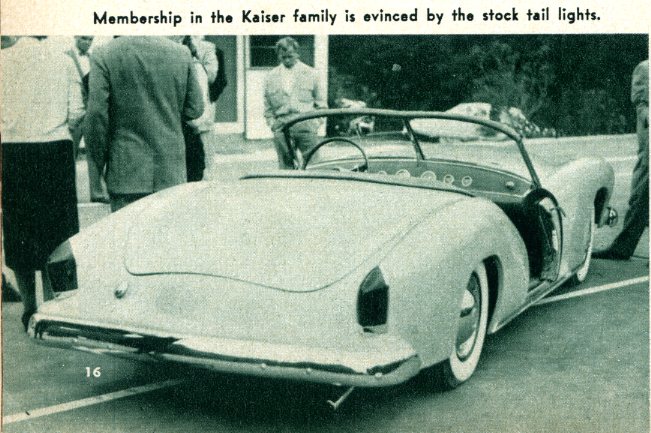 Caption: Membership in Kaiser family is evinced by the stock tail lights.

John Bond, editor and owner of Road & Track Magazine was on the cutting edge.

It was in February 1953 when official word was released from Kaiser-Frazer that the “Darrin Sports Car” would become the “Kaiser Darrin.”  And when the issue in this story was published by Road & Track, I’m sure John Bond was mighty pleased.

What was discussed as a “prototype” and “possibility” in the magazine became a reality in the same month and year – and Road & Track was one of the first to give the public a “heads-up” on this brand new sports car.

Let’s see what John Bond had to say about what was going to become the first announced production sports car in America.

To the old timer, the name Darrin conjures visions of long, sleek, foreign custom cars.  To the younger set, the name means the graceful Kaiser sedan, while to the not-so-young, not-so-old, the name means pre-war Packards of a semi-sports concept.

By drawing on his earlier experience, Howard Darrin has developed a fiberglass body which eliminates much of the costly tooling generally associated with the introduction of a new body style.  The “Darrin Sports Car” is one of several experimental prototypes under consideration by the K-F Corporation.

The final decision on the actual model to be produced (if at all) has not been made. 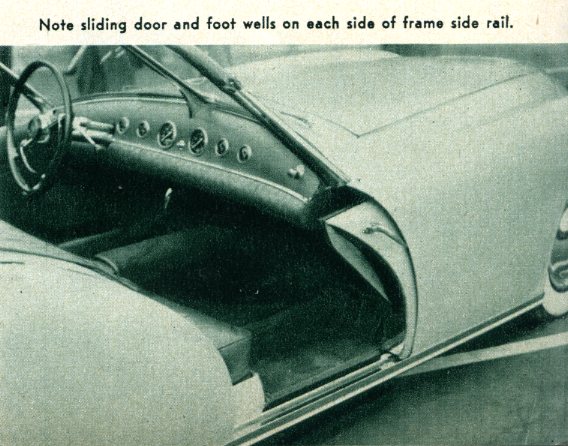 Caption: Note sliding door and foot wells on each side of frame side rail.

We’ll have lots of new information to share about the “Darrin Sports Car” – which soon became the “Kaiser Darrin Sports Car” here on Forgotten Fiberglass in the next few months.  And you might be asking…”why all the attention from us?”

Well….as I mentioned before, in February 1953, the Kaiser Darrin became…… America’s first announced production sports car. And of course it was made of our favorite material – “fiberglass!”  🙂 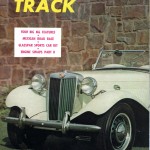 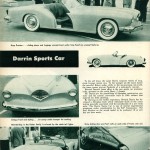 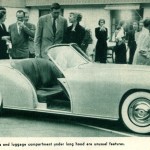 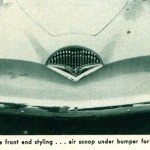 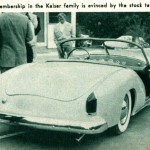 Caption: Membership in Kaiser family is evinced by the stock tail lights. 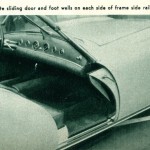 Caption: Note sliding door and foot wells on each side of frame side rail. 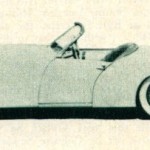 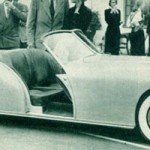