Smoke and mirrors are not our friend.  Conjecture and wild tales while fun – cause irreparable harm to the truth.  Clear, precise, first-person facts are what we’re after, and that’s one of the reasons we’ve traveled to libraries, homes, and families across the country to get the facts and stories straight – in the pursuit (with your help) to restore the former glory to this genre of cars.

Today’s story is the result of one of our visits to the John Bond Archives at Kettering University in Flint Michigan.  John Bond was the publisher of Road & Track magazine back then, and had a special affinity for the class of cars we call “specials.”  When I was interviewing his son a few years ago, he shared with me that the archives of his father were entrusted to his dad’s former college – GMI which is now known as Kettering University.  It was on one of these trips to Kettering that we found the source of today’s story.

Accompanying the press release was the photo with caption below.  The press release follows the photo in our story today.  Those of you “Californians” out there will recognize the setting of the photo – the statuary in front of the Griffith Observatory in Los Angeles, California.  This spot was used frequently for car photos back in the day. 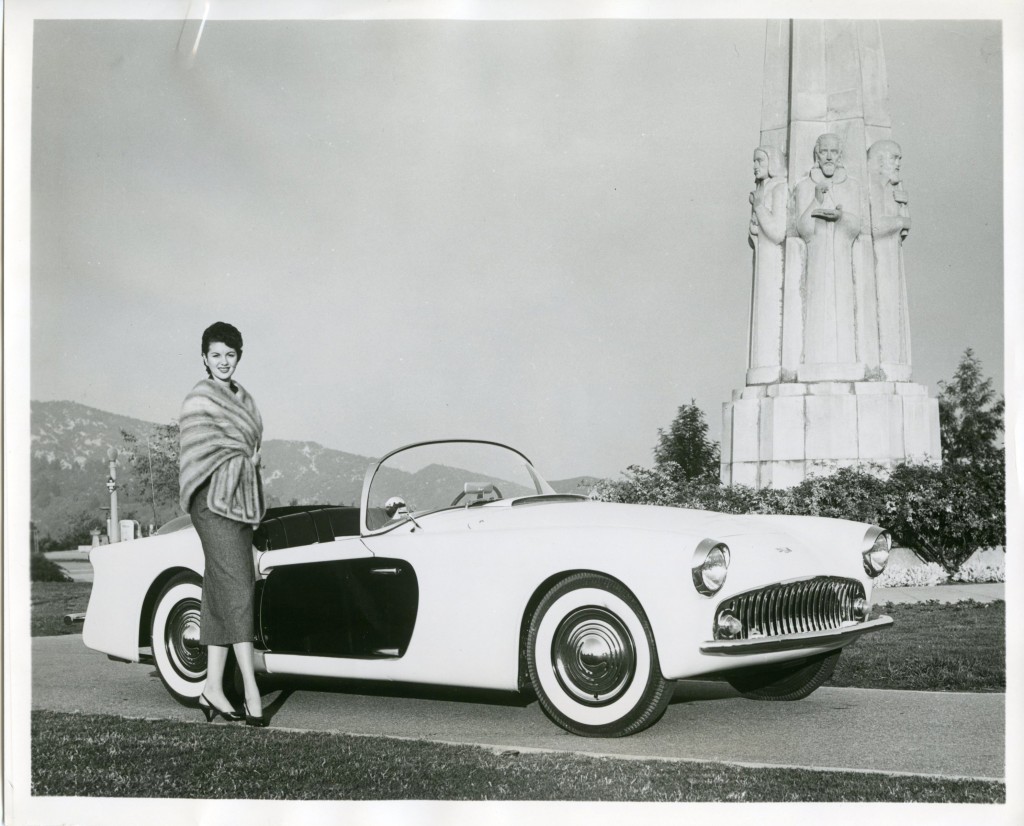 Caption: In Premiere Showing: The new Kurtis 500-M sports Car, which was presented to the public with special ceremonies in Los Angeles. Shown helping introduce the new high-performance Kurtis, is Miss Betty Lee, now appearing in “Ca C’est Paris” at Frank Sennes’ famed Moulin Rouge in Hollywood. Miss Lee, who knows a thing or two about beauty and form, had high praise for the flowing lines and sleep appearance of the new Kurtis.

Hailed as the newest, yet “most proved” sports car on the road, the Kurtis 500-M made its debut before auto industry representatives, AAA contest board members, sports car enthusiasts, and the press today in a premier showing at the Ambassador Hotel in Los Angeles.

The 500-M is a product of the Kurtis Sports Car Corporation, Los Angeles, world’s largest builders of racing cars.  Frank Kurtis, president, when interviewed during the ceremonies, stated,

“In creating the Kurtis 500-M, we have attempted to build a machine combining the maneuverability and handling qualities of a competition model with the beauty, dependability and all-weather comfort of a family car.  Professional test drivers and pleasure drivers, who have put the car through its paces, tell us we have succeeded.”

In appearance, the Kurtis features a low silhouette, smooth flowing lines, and a distinctive recessed treatment of the door panels. The body is of composite steel and fiberglass construction, mounted on a tubular steel chassis patterned after Billy Vukovich’s Indianapolis winner, which was also built by Kurtis.  Torsion bar suspension is provided both front and rear to give maximum stability.

The car shown above is equipped with a Cadillac 230 horsepower engine and hydromatic transmission.  Top speed is given by the manufacturer as over 125 miles per hour.  The new Kurtis has a 99” wheelbase, 56” tread, 49.5” overall height with the top up, and weighs 2500 pounds.

Many thanks to Kettering University for their permission to share these materials with you.  We appreciate the support of David White and Jane Gunderson in every way.

Still questions remain….in one source I found that the fiberglass bodies were made by McCormack Plastics.  Those who know Rich McCormack who made the McCormack car have no such memory of this – and for such a big project I’m sure they would have remembered.  Time will tell and research moves forward. 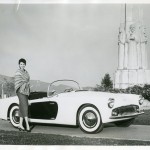 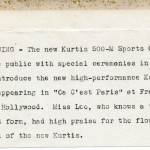 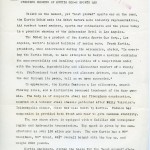 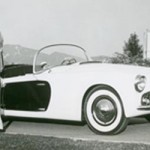