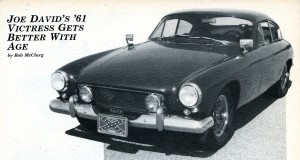 Here at Forgotten Fiberglass we look high and low for information concerning vintage ‘glass in every way.

And when I first came across this article several years ago, I wondered where this wonderful Victress C3 coupe might be – as several of you might have too.  The article was written in 1984 and compared to the ‘50s – that’s not that long ago.  So I always thought that this coupe must still be around.

And I was right.  I received a call earlier this month from the David family confirming that the car was safe and sound and the history had been retained with the car too.  How cool!

Let’s take a look at the article that was originally posted in Kit Car Magazine nearly 30 years ago about this car – the Joe David Victress C3 Special.

Joe David’s kit car is 20 years young, and still going strong.  Joe, a retired truck mechanic, built the car in 1961, and the maroon double-seater has been driven daily 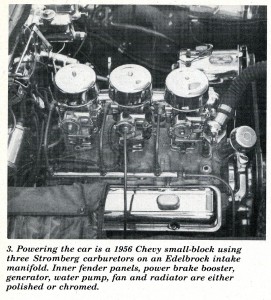 since.  Kit car enthusiasts who have been around a while may fondly remember the Victress.  It was sort of an Aston Martin DB series-looking kit car built by Victress Manufacturing Company of Hollywood, California.

Joe tells us that the body, which sold for a mere $295, arrived on his doorstep in one piece, literally!  Trunk, door, hood and window openings all had to be cut out with a saber saw.  Even Joe’s talent for matching and fabricating parts was taxed to its limit with assembly of the car.

But the patchwork blending of parts such as ’54 Plymouth bumpers, Buick headlights, Corvair taillights and an inverted ’51 Plymouth rear window eventually turned the solid mass of metal into a sophisticated, streamlined street machine.

Joe fitted the inside with a roomy bench seat which he upholstered in red and black Naugahyde.  The dashboard and all gauges are from a ’54 Plymouth, while the steering column is early Ford.  The doors on the Victress close with a well-earned and authoritative “thud.”  Getting them to function that way required implanting early Chevy innards and window regulators.

Joe shaved 18 inches off the center of a 1950 Ford chassis and used it as the base for the Victress.  He then mated a warmed-over 256 cubic-inch Chevy small-block with a ’51 Mercury three-speed transmission.  To up the power a little, Joe installed an Edelbrock/Stromberg 97 intake manifold, using only the center carburetor.

Every surface of the inner fender wells and firewall is either polished or chromed, giving the heart of the Victress a show-quality appearance.  The maroon lacquer finish and Dayton wire wheels add a sophisticated sparkle to the classic sports car look.

Joe’s Victress represents an investment of about $2200, and he’s certainly gotten a good return in sheer pleasure and hours behind the wheel.  The car remains a rolling tribute to the builder’s abilities: A testimony to the merits of talent, patience and just the right parts.

All you guys out there who complain about the problems encountered assembling some modern kits, shame on you! 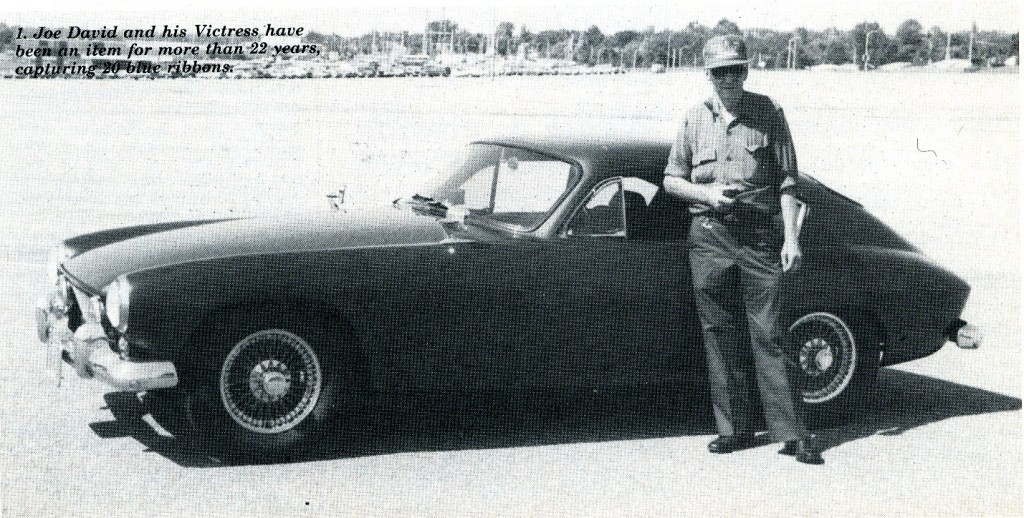 What a great story about a Victress C3 – and it’s exciting to hear that it survived and is doing great.  We’re hoping to get some pictures in soon to share with you about how it looks – in all of its glory – and in ‘color’ too!  And I’m sure Merrill Powell, co-owner of Victress Manufacturing from 1953-1961 is excited that we’ve found another Victress C3 up and running – particularly because he designed the Victress C3 Coupe from scratch.

So let’s hear from him.  Merrill….do you remember shipping the body to Joe David lo so many years ago?  Ever remember seeing a picture of the finished car?  What do you think about the car and how Joe David finished his C3?  Look for Merrill’s thoughts in the “comments” area below in the near future. 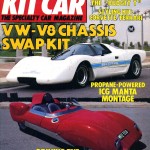 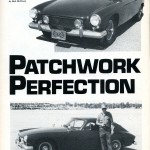 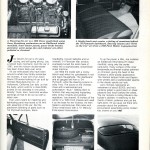 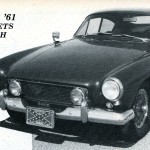 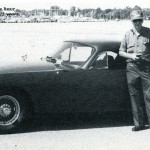 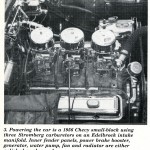 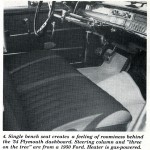 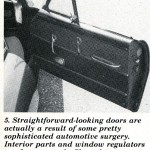 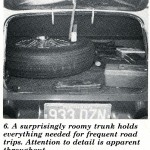 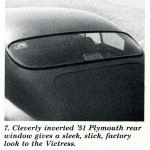 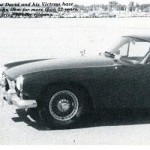