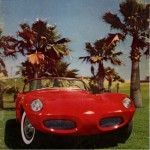 Les Dawes’ LaDawri Conquest Debuted in America in July 1957 on the Front Cover of Road and Track Magazine. Les Was Just 24 Years Old at the Time. Wow!

And why not?  After all, finding the Dawes family in 2006 was what set Rick D’Louhy and me on the path of researching the early history of fiberglass cars.  And… we hope to celebrate LaDawri at a highly visible event late in the summer of 2011.  We suggest that everyone who knows Jon Greuel should send him an e-mail and make sure his car is ready.  If he builds it, we will come – all of us.  More about this special event in a story on our FF website in January.

According to interviews with high school buddies and Joan Dawes, Les had been designing cars since he was a teenager.  Ultimately, this led to him designing and building his first car while living in Burnaby Canada (near Vancouver, British Columbia) in 1955.  He finished his car and showed it during 1956 when he was just 23 years old.  How many 23 year olds have that under their belt by that age?  I’m sure he was excited beyond belief when this occurred, and I’ll feature a story about this car and its debut soon.  Although it was the “Conquest” as we know it, it was not the first name he chose.  The “Conquest” name came to be when he and his young bride Joan moved from Canada to Long Beach, California in late 1956.

That’s where our story picks up today. 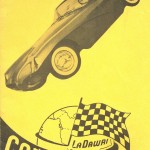 Here’s the Front Cover of LaDawri Catalog #1, 1957, Showing the First Conquest Built – It Was a Beauty in Red – and We’re Still Looking For it Today.

Les and Joan Dawes took their big step in moving from Canada to Long Beach, California with their first child in tow – between them in the seats of the Conquest.  You gotta love a car guy – and the patience I’m sure Joan had to exhibit with Les – like any wife of a car guy.  In less than a year, Les had setup a company, started producing bodies, and offering kits with different options at different prices.  His motto in 1957 was:

In fact, he shared the following statement in his first 1957 LaDawri catalog:

“In order to give all enthusiasts the opportunity to become CONQUESTIDORS and build, drive, and own “THE CONQUEST,” we offer kits in varying stages of completion from the bare body shell to the custom finished mobile units licensed and ready to roar.  This we feel gives a better choice to all enthusiasts with varying demands on time and finances.”

The first catalog was just 16 pages long and booklet sized.  But this was amazing in terms of detail for a fiberglass car company at the time.  Like LaDawri, the other soon to be big players in the industry were just getting started with names like Devin, Kellison, and Bocar.  All were fledgling companies, and LaDawri was one of the first of these “second generation” fiberglass companies too.

In the early to mid 1950’s, very little information was provided about building fiberglass cars from the manufacturers themselves – save for Victress – which published two catalogs and a poster during this time.  Les Dawes changed the game.  Besides a catalog, he created an assembly manual for his cars which included blueprint assembly instruction too.  There was no stopping Les from making his dream a reality.   He really approached the business as a professional in every way, and wanted to make the building of a car of his design a success for everyone. 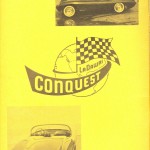 As you review the catalog below, here are some notable elements:

* The truly unique dashboard and drive shaft tunnel combination assist in further unitization and carries through the split effect of the overall design.

* The Dash is designed to carry super accurate Steward Warner 160 mph speedometer and 8000 revolution tachometer with 4 service gauges.  These instruments are grouped directly in the driver’s line of vision.

* Ample room in the cockpit and engine compartment denote a car for track use or boulevard luxury.

* Trial and error is eliminated by fool proof, step by step directions included with each kit.

1A: Body shell and all necessary templates for cutting of doors, hood, trunk, floorboards, and babbitting: $495

1C: All hinges and locks in place and working on doors, hood, and trunk.  Weather stripping in place, completely sanded and primed – ready for paint: $895 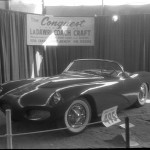 This is One Of My Favorite Pictures. It was Taken in 1957 by Mel Keys of Victress Fame, and is the Earliest Known Photo of a Conquest at a Show in California. Here Les is at a Show in Hesperia Showcasing the Conquest and How You Can Build One Yourself Too. Thanks Mel!

And….for only $25 more, Les Dawes would laminate red, black, white, blue, or green into the body.  With the right planning, you wouldn’t even have to paint your car!

The final section of the catalog opened with the following:

“At last for discriminating enthusiasts who appreciate the esthetic quality of a truly fine car, we present – The Custom Conquest”

This was Les Dawes’ first attempt at offering to build a complete sports car – to the specifications of an interested owner.

He offered the basic price of a Custom Conquest at $2500 and this included a rolling driving chassis, assembled car with body primed, upholstery, glass, gauges, remote gear control, and other details.  It did not include the motor, transmission, installation of drivetrain, tires, tubes, and hubcaps.  I would guess that this might add at least $500 to $750 so the finished price would have been just over $3000.  For comparison, a 1957 Corvette base price was $3200 so he was offering a competitive deal against the Chevrolet Corvette.  Pretty gutsy for a young entrepreneur back then – but impressively confident.  After all, it was his car on the cover of the July 1957 Road and Track Magazine.

Joan Dawes shared with me that the plans to build such a complete car were ambitious, and Les quickly focused more on the “kit” side of the business than building complete cars.  He didn’t fill any orders for the Custom Conquest.

Joan Dawes confirms that this is the first catalog that she and Les made upon their arrival in California.  It was soon replaced by a larger catalog that I’ll share in the near future, but this catalog is where it all started – catalog #1, 1957.

Be sure to checkout the details in the catalog pictures below, and a special thanks to Joan Dawes for helping understand the history of LaDawri, Les Dawes, and herself in much better detail.

Here’s the Front Cover of LaDawri Catalog #1 Showing the First Conquest Built – It Was a Beauty in Red – and We’re Still Looking For it Today. 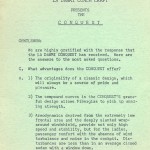 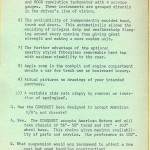 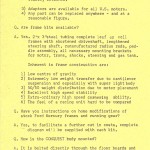 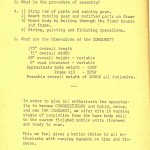 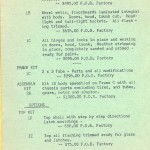 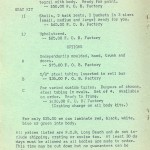 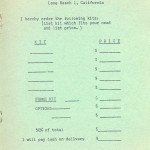 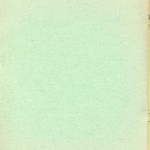 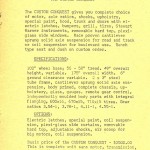 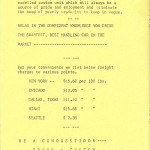 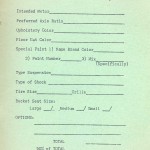 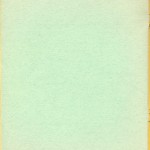 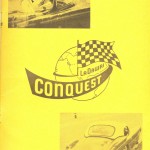 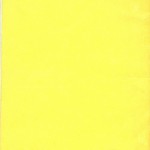 Les Dawes LaDawri Conquest Debuted in America in July 1957 – on the Front Cover of Road and Magazine! Les Was 24 Years Old When He Saw His Car On the Cover of This Magazine.

This is One Of My Favorite Pictures. It was Taken in 1957 and is the Earliest Known Photo o a Conquest at a Show in California. Here Les is at a Show in Hesperia California Showcasing the Conquest and How You Can Build One Yourself. (Mel Keys Victress Collection) 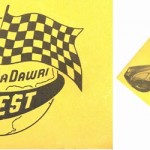