I wish I could have been there – the last Petersen Motorama of the 1950s.

The actual name was “The 6th Annual International Motor Review” but that was the name change forced on Petersen in 1954 by an overly aggressive General Motors.  Few people have compared and contrasted the two Motoramas but GM and Petersen were going head-to-head in the 50s – at least in Los Angeles.

And the Petersen show in ’55 was amazing.  This was the last big year of of the early fiberglass specials.  Names such as Victress, Bangert, Sorrell, Viking-Craft, Woodill and other luminaries of the fiberglass world were there to amaze the audience – for 10 days straight.  However, starting in 1956 these names would begin to fade into history and new names would begin to appear such as Devin, LaDawri, Kellison, and Bocar.  This year – 1955 – was the last big year for what we now call “First Generation Fiberglass Sports Cars.”

If I could go back in time to this show in 1955 with my digital camera….what amazing sights I would bring back for all of us to see 🙂

Such as the debut of Hank McCormack’s custom car – the “McCormack.”  Yes, you can add his name to the list above of fiberglass sports cars that appeared in ’55 at the Motorama, and today’s article is the earliest in print that we’ve found so far showing the McCormack to a wide-eyed public.

Although it’s just a short note and photo, here’s what the photo showed and the caption shared: 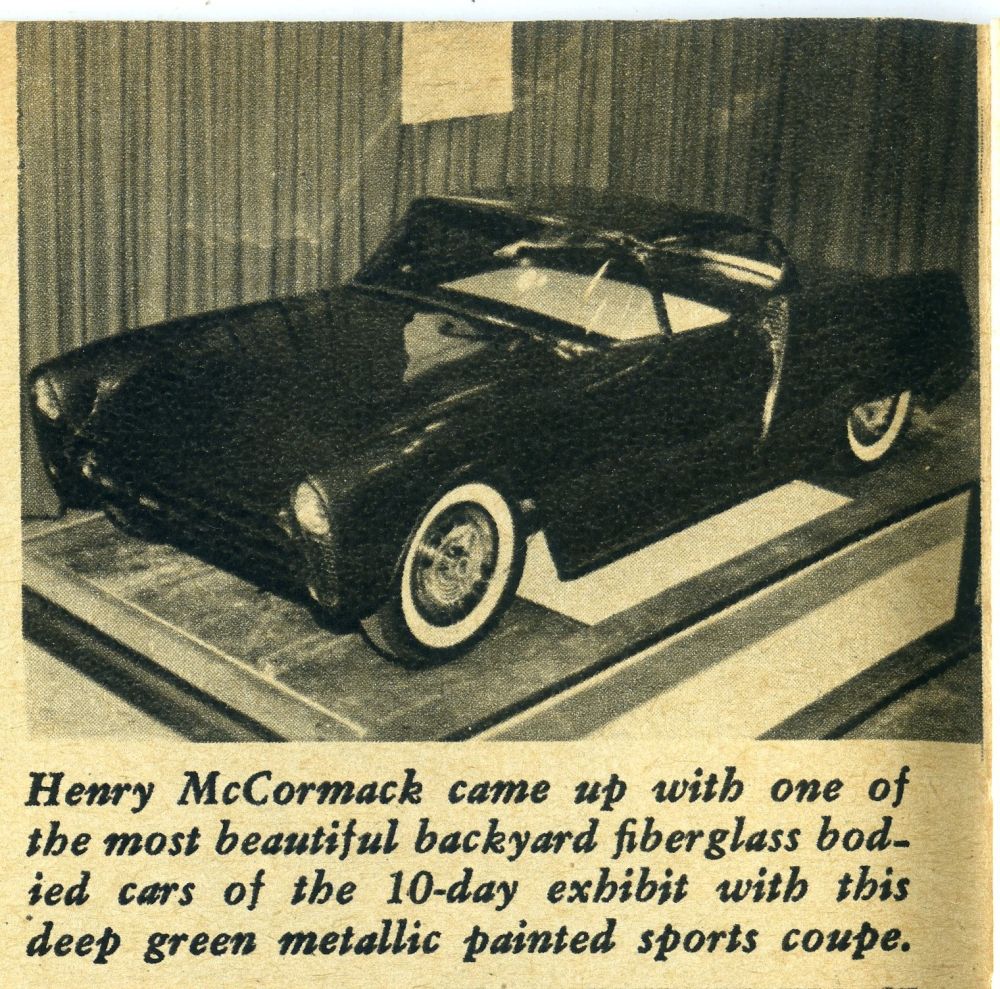 Hank McCormack produced these cars though about 1960 when he sold the molds to “Track Kraft” who continued to market the McCormack under a new model name – the “TK-103.”  However, by the summer of 1961, the molds and company were for sale again, and no further information of these cars was ever seen.

In the meantime, you can check out this same show in 1955 by reading the the full story below – covered in 6 glorious pages of Car Craft Magazine from January, 1956 – ready and willing for your eyes to behold.  Just click on each picture below to review the full story on an enlarged image on your screen.  Scroll down to the bottom of the page now to begin. 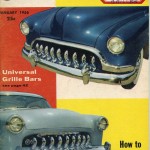 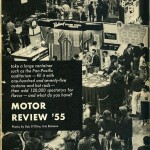 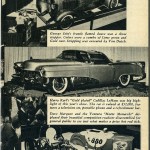 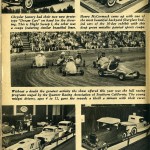 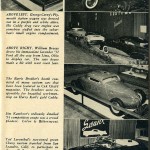 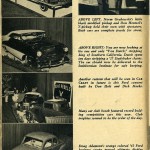 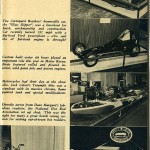