Last month we published part 1 of this series – an article by Robert Cumberford that appeared in Car and Driver Magazine in September, 1962.  Click here to review part 1 of this series.  In that article, Cumberford reviewed his experience and thoughts on designing and building your own fiberglass body and the effort it took to do so.

He ended his article back in 1962 with this sage advice for those strong-willed folks who wanted to design and build their own sports car body:

“If you have a passionate longing for a body made of fiberglass, buy one ready-made. There are at least 30 types to choose from, and you ought to be able to find something you like among them. If, on the other hand, you are more interested in having a body built to your own designs than in the material it’s made from, don’t make it yourself-hire Pininfarina or Vignale or Ghia or Fantuzzi. Anyone of them will build a superbly finished, trimmed and painted body on your chassis cheaper than you can in fiberglass-and far better than you can hope to.”  Robert Cumberford, Car and Driver: September 1962.

Is that the end of the story?  I’m pleased to say “no.”   I’m honored to have been corresponding with Robert for the past few years and asked him if he would take the time to review his earlier article and share his thoughts on how the article has held up over time – now over 50 years old.

I’m pleased to say that he agreed to do so, and it’s with great thanks and appreciation that I share with you, today, Robert’s thoughts on the his original article titled “Don’t Build That Fiberglass Body!”

With that said, take it away Robert 🙂

Thanks to the diligence of Geoff Hacker, I recently had a chance to re-read a Car and Driver article I wrote almost fifty years ago with the provocative title “Don’t Build That Fiberglass Body.” It’s an article I wish I’d read about fifty-two years ago, before I built my first fiberglass body.

It probably wouldn’t have discouraged the energetic young guy I was then, but it should have done so. As I told Geoff in an e-mail, I stand behind every word written so long ago. Making a one-off fiberglass body is a thankless task, best left to skilled professionals.

Oh, I’ve succumbed to the lure a number of times in the intervening years, but looking back, I honestly wish I hadn’t. The design part is easy, particularly for me, as I am a professional designer, but once I’d done a scale model, I should have stopped all physical effort and left it to someone else.

I did that for a radical CanAm race car just four years after writing that article. I made a clay quarter-scale half-model, did full-size drawings and turned the whole job over to my client’s crew. And to my surprise, the two or three racing mechanics, a machinist and a carpenter shop boss did an absolutely splendid job of making a full-size buck in a matter of a couple of weeks. 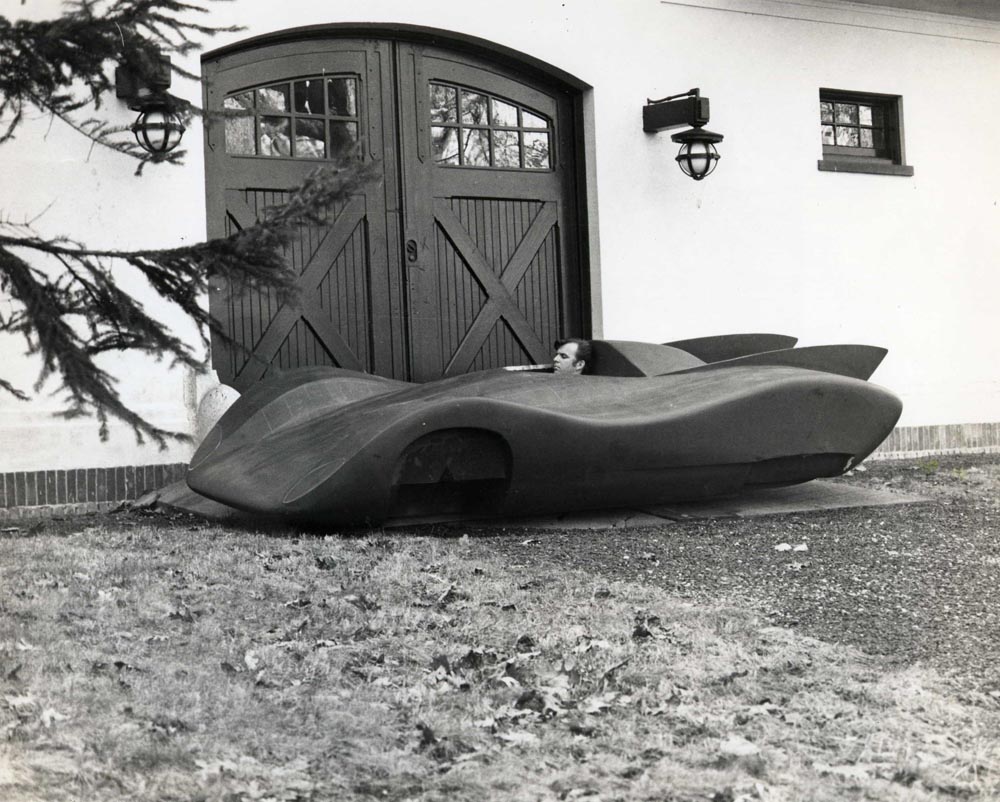 From Robert Cumberford: “Geoff, In searching for a good picture of the ’59 Formula Junior, I came across this shot of the Can Am body plug mentioned in my introduction, done by my client’s team that had never done anything like it before. This was hand-cut from urethane foam, then primed and sanded. Best, Robert”

They had never done anything like it before, but armed with really accurate drawings and photos of the model, they accomplished the task perfectly. If I had done it myself, as I had on a Formula Junior car, my first solo effort, it would have taken me months, despite my knowing what to do and how to do it. For someone without the same car design experience, the time would probably have been measured in years. 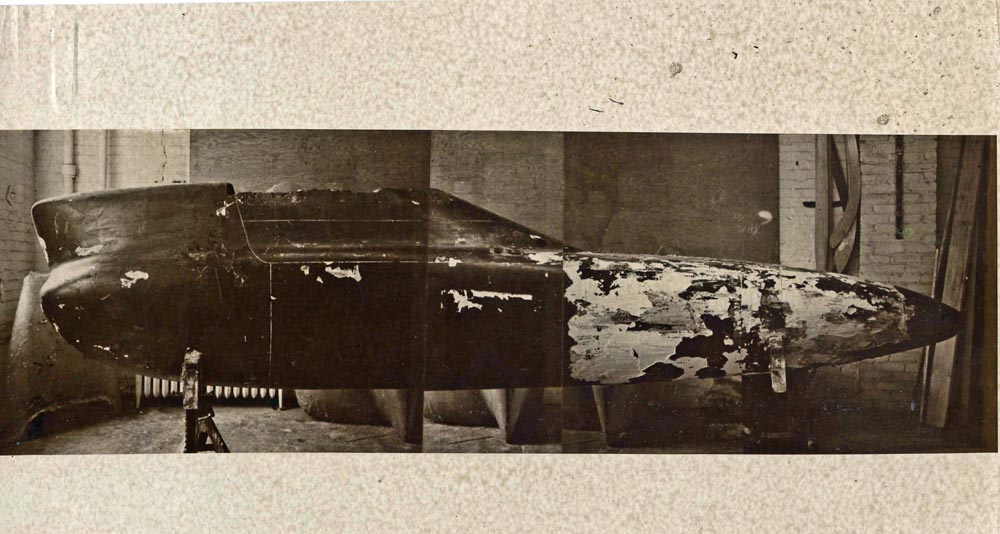 From Robert Cumberford: Geoff, In 1959, on the 5th floor of a garage on the upper East side in Manhattan, I built the body for a Formula Junior. Pretty radical, first-ever layback driving position as far as I know. Front engine, using the British Ford 105E 80mm bore 1 liter engine. Project got bogged down for lack of finance, finally shipped the molds to Bill Devin. Don’t know what he did with them, but I’d sure like to have a body so I could make a Junior to that design. Except, of course, that 51 years later I’d still get bogged down for lack of finance. Best, Robert.

Today no one need spend all that effort. Thanks to computers and digital data, these days we make a male model for a car body by machining it out of blocks of plastic foam — sometimes low-density material that can be cut in a single day, sometimes materials hard as oak that takes two or three days, Those shapes can be used for making molds, for checking dimensions, or even painted and finished to look like a real car in order to attract investors.

If you really, really want a one-of-a-kind car of your own design, and you really do have adequate talent to create something of which no one would be ashamed, then follow the advice in that long-ago article: don’t do it yourself, hire someone who knows how to do it for you.

The late, great amateur designer Richard Bosley, who made two exceptionally fine fiberglass bodies for one-off cars in the Fifties, told me that when it was all done, he could have had his cars made in Europe for a lot less money than he spent, in a lot less time.

Thanks again to Robert Cumberford for taking the time to both review his earlier article and share his thoughts with us 50 years later.

Robert continues to write with great vigor and insight for Automobile Magazine, and I encourage you to pick up a current magazine and enjoy his writing as I do – each month.   For those of you interested in learning more about Robert Cumberford and his history, you can click here to review a recent profile on him printed in April, 2011 by the same magazine.