That darn ‘ole Erich Schultz.  Every time I tell him about a car that needs “saving”, he’s off faster than a speeding bullet…..down the road….with Michelle and his son Kenny and on his way to his next “adventure” to save another car.

I had a call from Tom Redel last year and he had an interesting story to tell – one of his lifelong friends, Jack Hilbig, had built a Victress S1A roadster from scratch back in the 1950s.  Tom’s family had acquired the Victress back in the 70s, and still had the car.  Did I want to know more?   Well of course!  Now that’s my favorite kind of story.

According to Tom, Jack had begin building his Victress in 1953 and finished it around 1955.  We can help to confirm the story since the title/registration was still in his possession (see below).

What’s neat about the title is it confirms the “finish” year as 1955 as well as the chassis/donor car as well.  And I like the fact that the “body type” is a Sport Coupe – not a bad modified name for a Victress back in the day.

When Jack was driving it in the 50s and 60s, he would drive it between Los Angeles (San Bernardino / Riverside area) and down to San Diego (Crest, California).  No doubt this Victress was seen all over Southern California back in the day.

As far as we know, Jack’s Victress was not featured in any shows, races or magazines.  He drove it and loved the experience of driving it as its design suggested – a sports car in every meaning of the word.

Tom remembers that the car originally had a 1940s’ Mercury frame and most likely the same engine from the donor vehicle.  But somewhere in the mid 1960s Jack upgraded the drivetrain to a mid 60s Buick – when he had a chance to do so.

But original owners/builders are a restless sort, and in the 1970s, Jack Hilbig once again wanted to make some changes to his Victress.  This time, though, it would be significant.  Jack was going to create a special tubular frame with Tom’s help.  He wanted a chassis that would give him even greater sports car performance on the streets of Southern California. 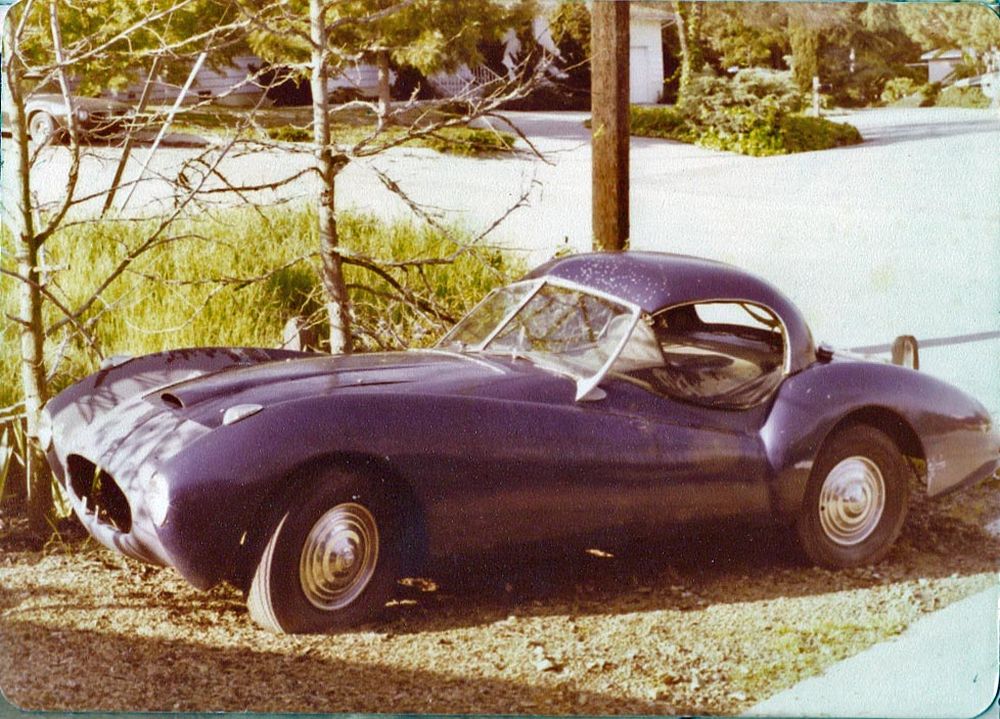 This photo was taken in the 1970s before the body was taken off the chassis.

Although it sounded like a great idea to both Jack and Tom at the time, “life” got in the way of completing the project and Jack decided he didn’t want to finish the car – so Tom inherited the project in the mid 1970s.  And although Tom and his family started working on it several times over the years, other projects and life demands intruded and in 2012 I received a call from Tom and the special history of the “Jack Hilbig Victress S1A Roadster.”

I shared the story  with Erich and he was rarin’ to go and save the car.  I put both Tom and Erich in touch and with a bit more effort, the Victress was secured and brought to Erich’s home in Altadena, California.  The chassis had long since been discarded, but what remained was excellent.  The body was in great condition for being nearly 60 years old, and included all parts including the coveted hardtop and a toneau cover too.  How cool!

Let’s have a look at the Victress – a body without chassis after so many years. 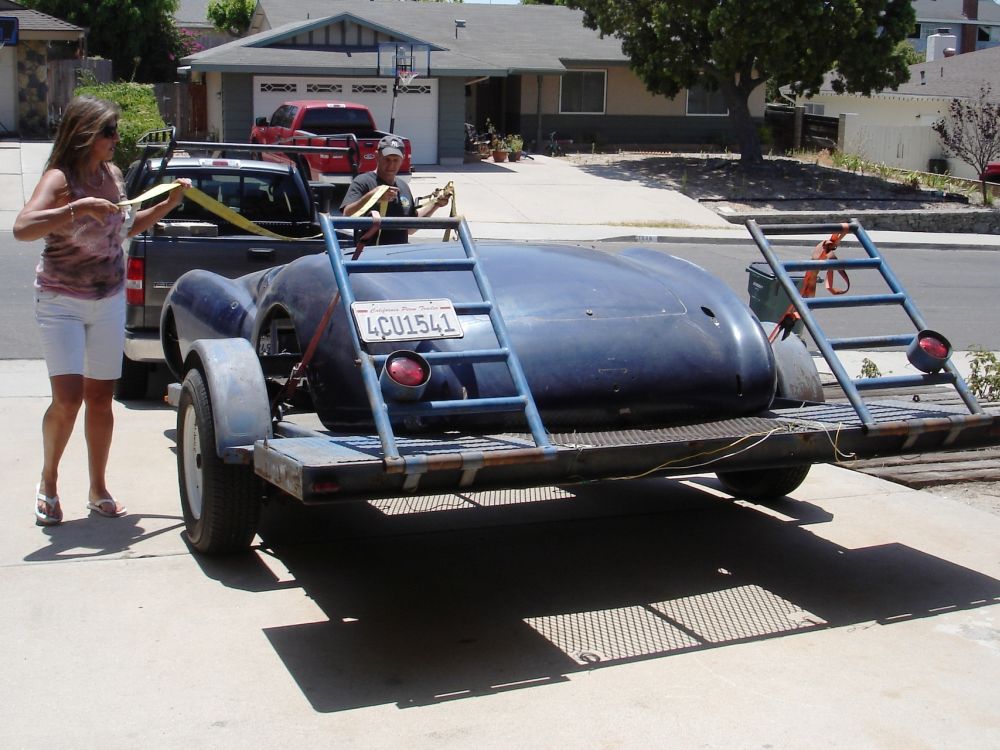 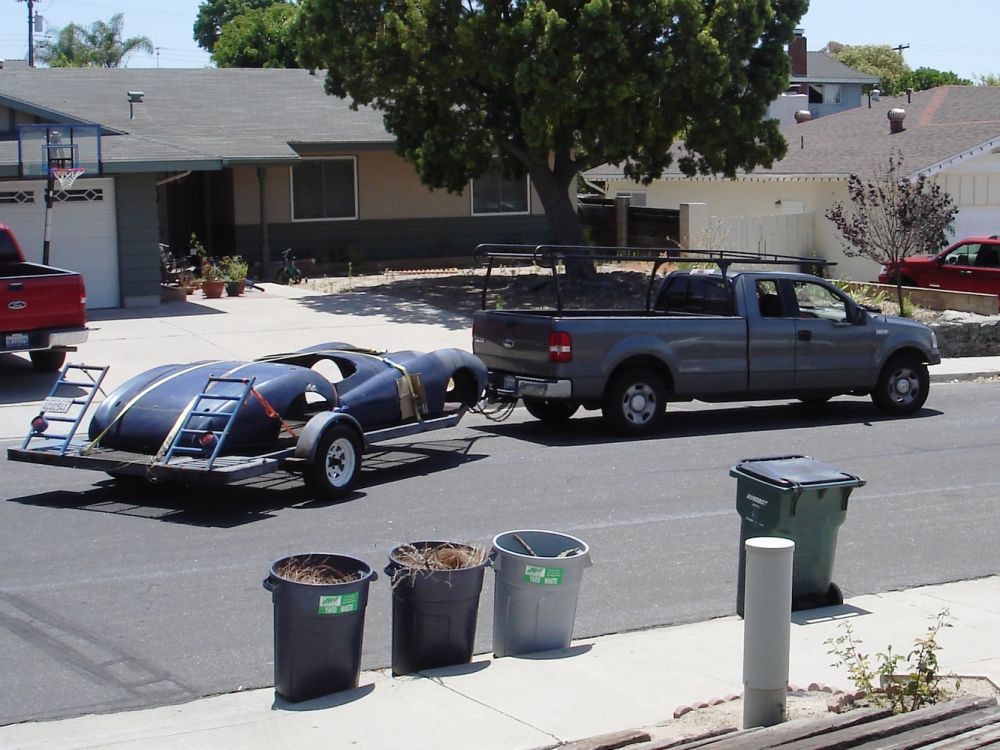 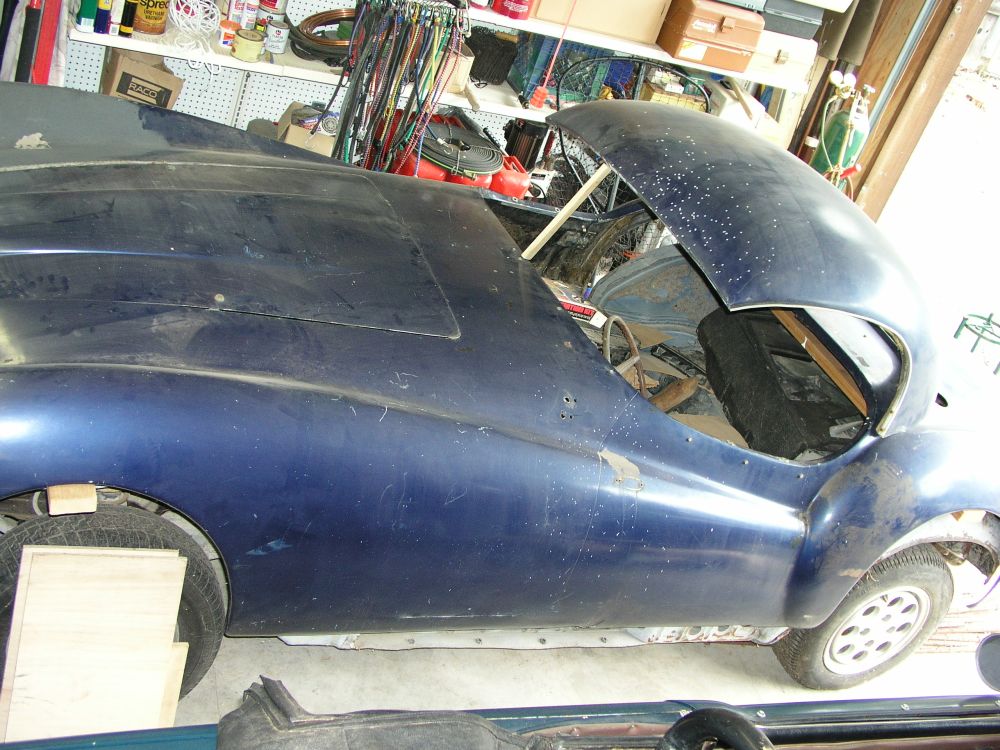 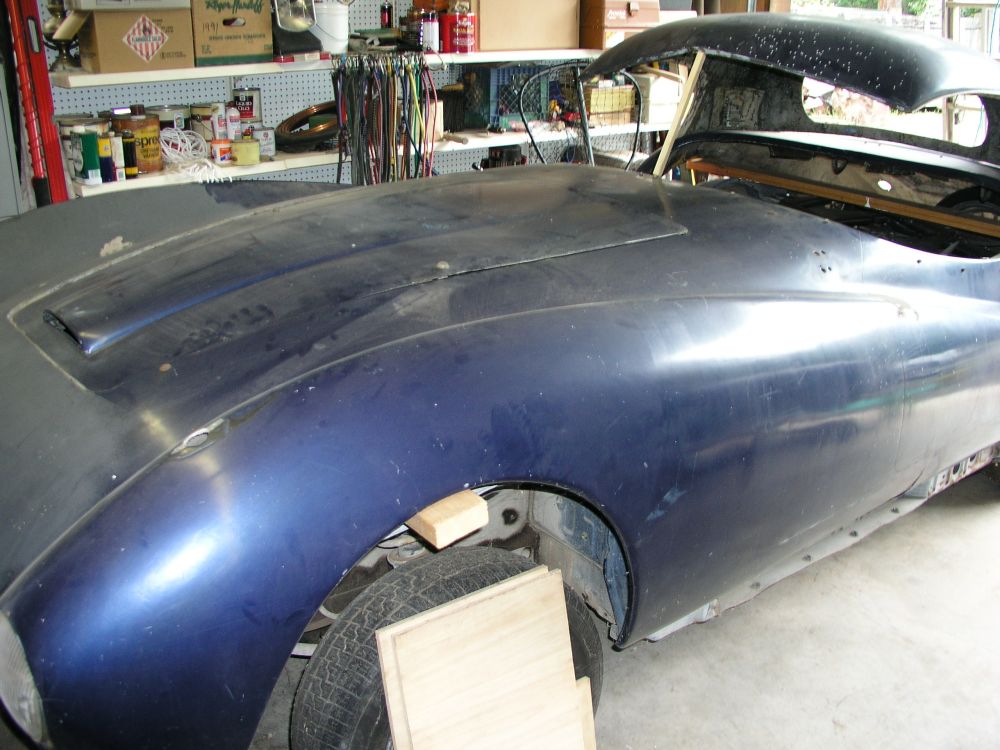 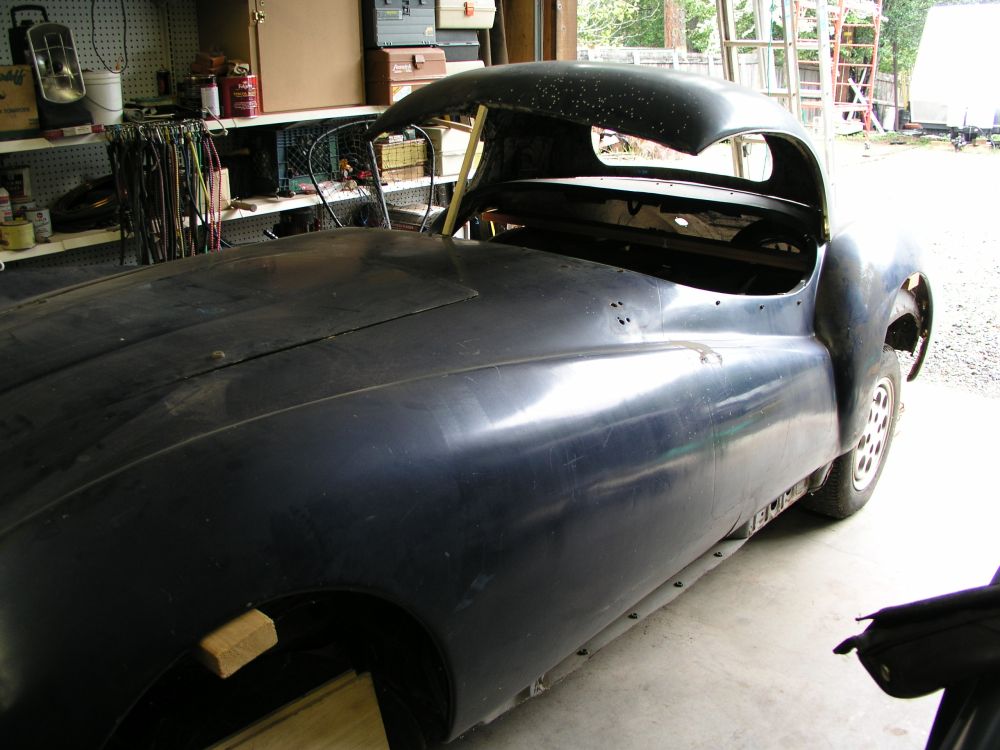 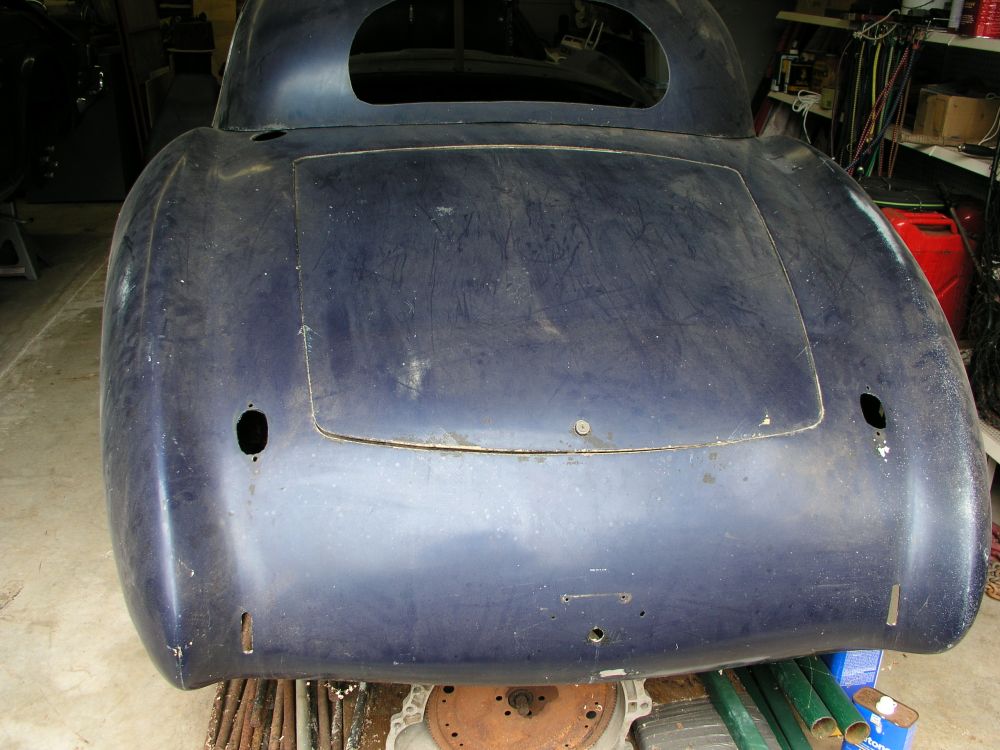 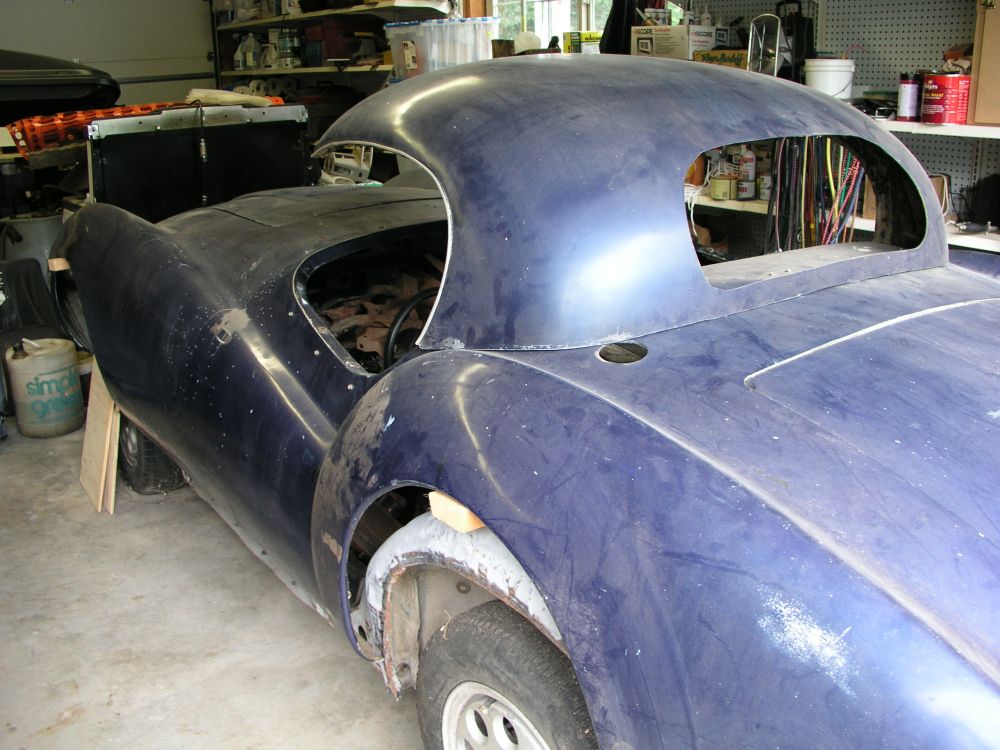 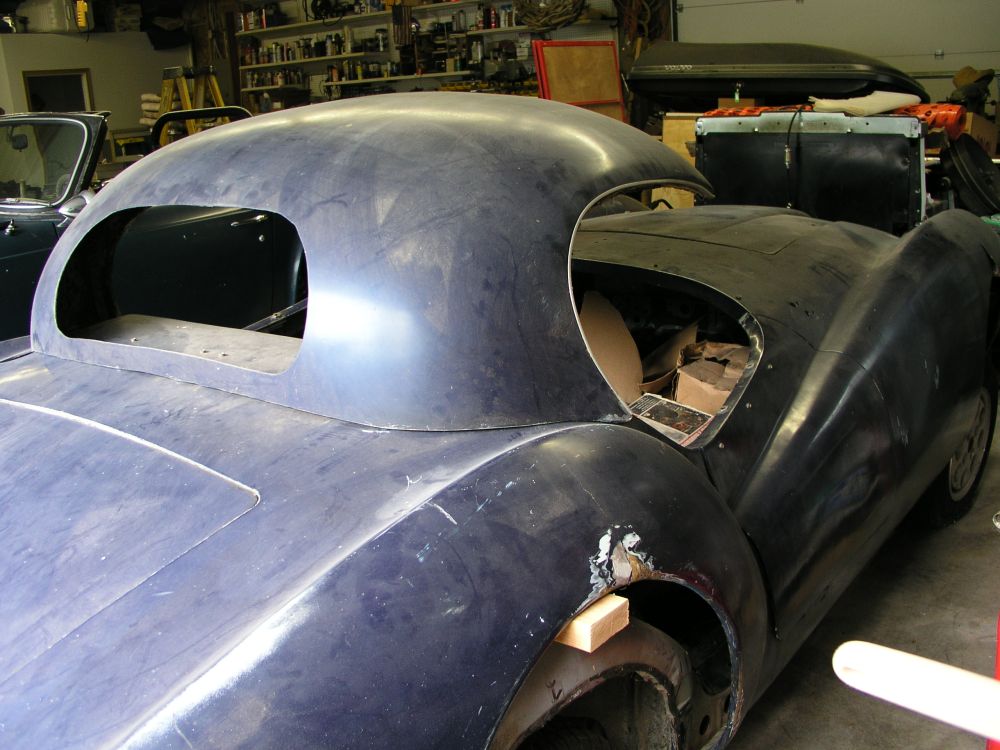 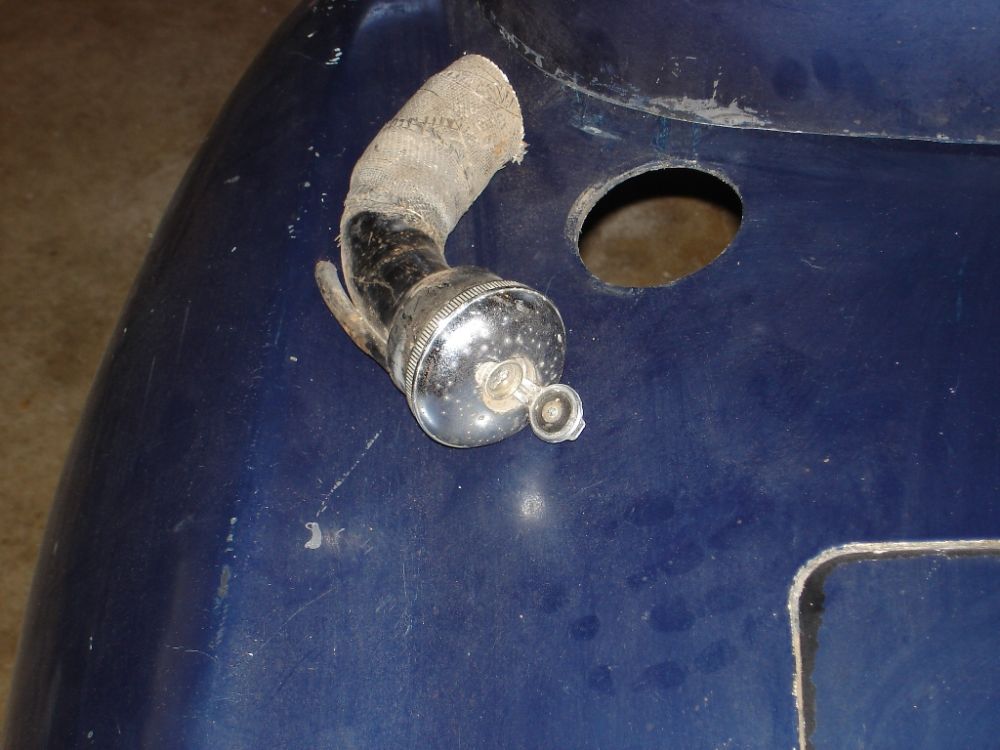 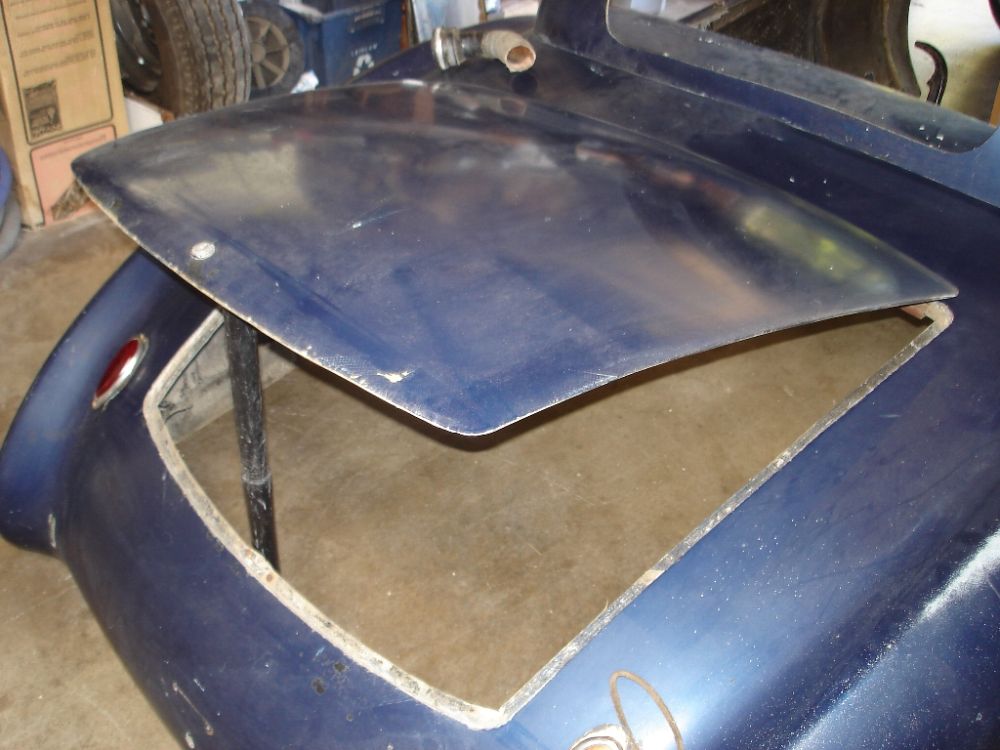 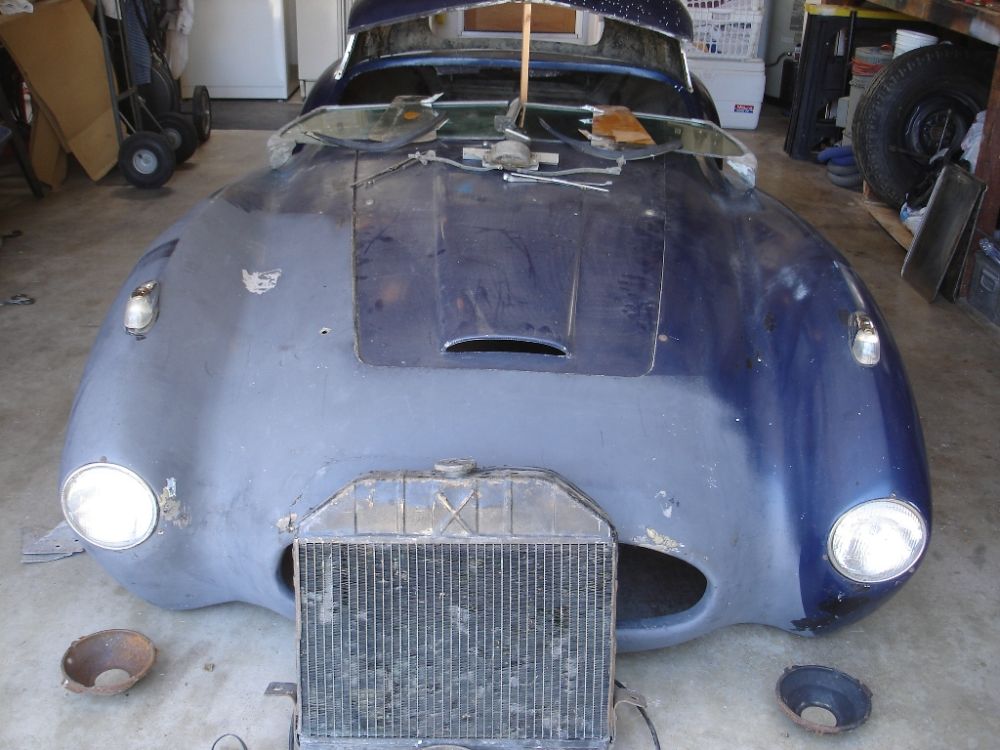 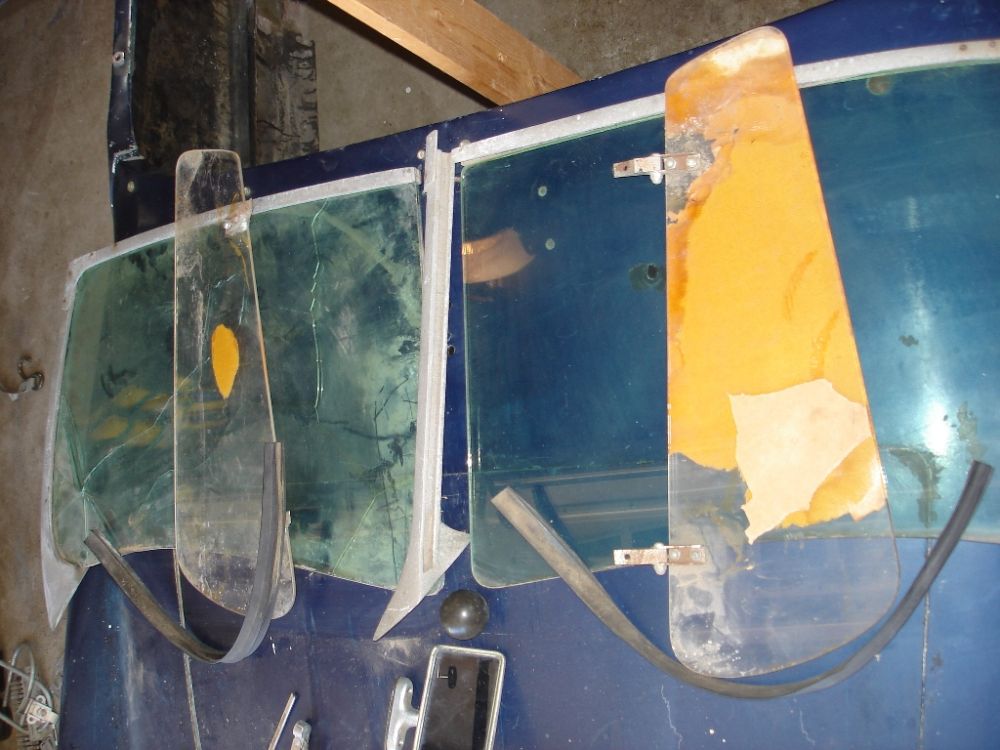 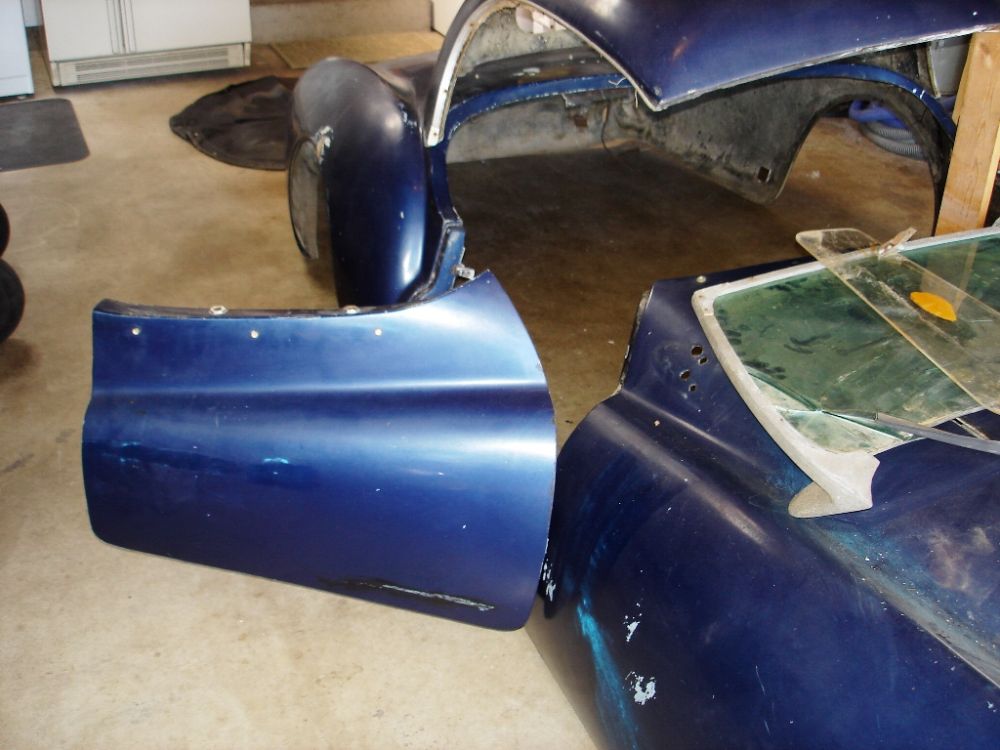 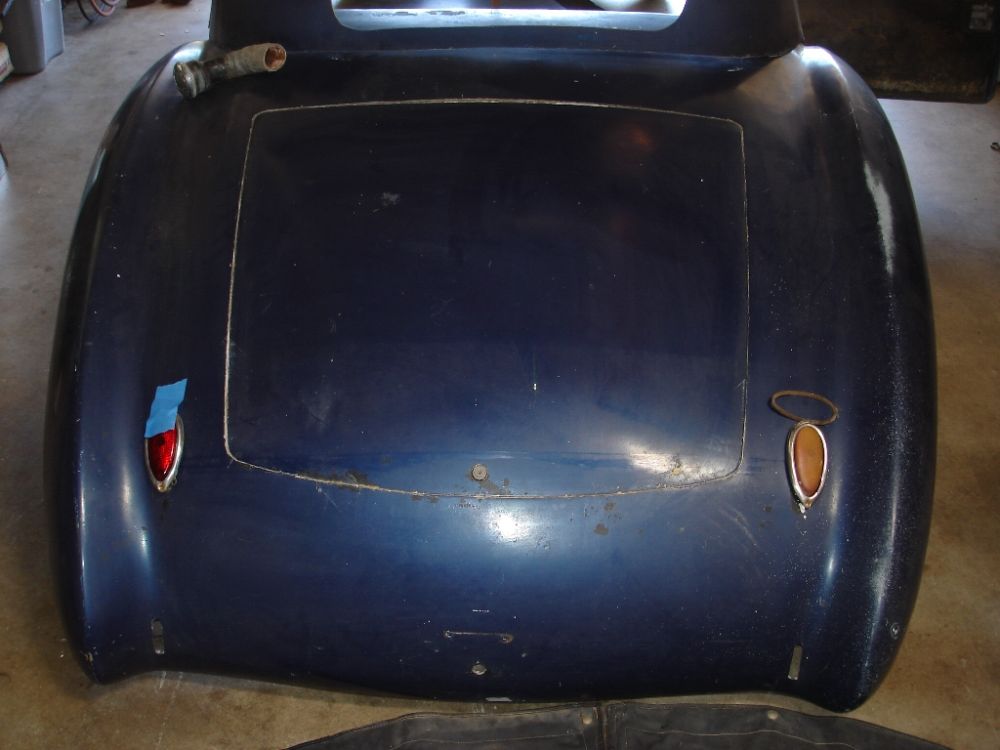 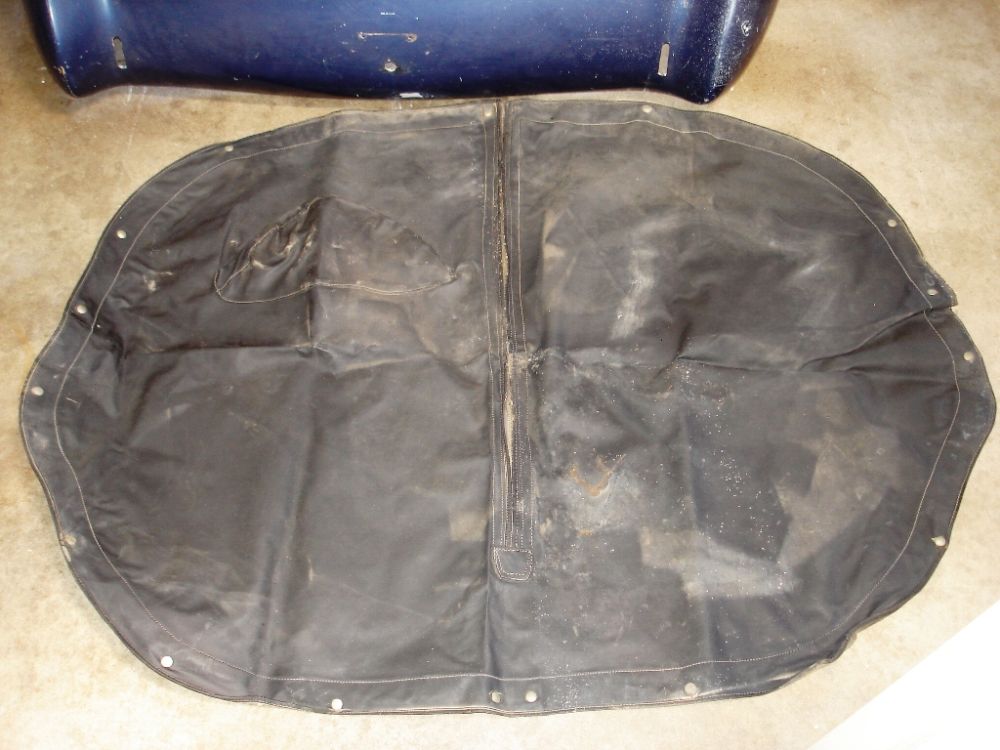 Our good friend Jim Lattin and Glasspar G2 owner has since acquired the car and has placed the Victress on a custom chassis especially built for this car.  I think Jack Hilbig would definitely approve, and we’ll feature more about the restoration and completion of the “Jack Hilbig Victress S1A Roadster” in a future story here at Forgotten Fiberglass.