Alden Jewell has done it again.

What an amazing number of car shows he must have visited in the 50s – some of the finest custom car, sports car, new car, and just plain great ‘ole car shows that California had to offer.  And better yet…he saved the programs from these shows, and he is sharing another gem from his collection with us today.  Thanks Alden 🙂

Today’s story focuses on the Vale Sports Car.  Vale Wright had debuted his car back in 1952.  Here it was two years later and the car was still headlining shows across the West Coast of California.  Pretty impressive.

The Vale sports car appeared at the 1954 Pacific International Motor Sports Show held by the Slonaker family.  This was the same family that brought us the famous “National Roadster Show” more commonly referred to as the “Oakland Roadster Show“.

This was quite a glamorous show and showcased some very special cars.  Let’s have a look at the “Welcome Message” posted at the opening of the program to all attendees so you can get a feel for the quality of the show back in 1954. 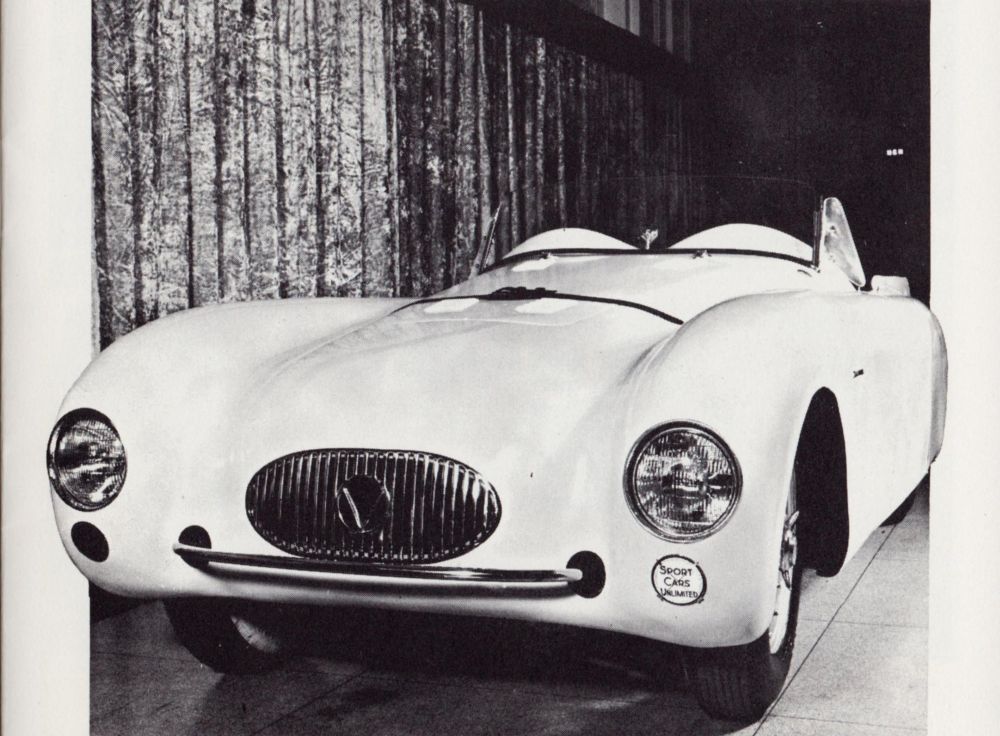 Program:  “Welcome to The Show”
By: Mary Slonaker, Show Manager

The Pacific International Motor Sports Show brings to the United States that grand experience usually associated with Paris and London motor expositions.  Opportunity to compare, to see under one roof the glamour cars of America, Italy, Britain, France and Germany.

The Motor Sports Show can best be described in its theme—“glamour cars of the world.”  And these include the least expensive as well as the most expensive.  Look closely and you’ll see for yourself the many improvements yet to come in the “family sedan”.

Sports cars, from the magnificent Grand Prix road racer to the stock sports car built solely for street and highway use, are the features of this show.  For sports cars are the leaders among glamour cars because performance and safety highlight their construction.

And although the roadster predominates, more and more, sports car bodies are taking shape as coupes and sedans.  Thus it is that someday your own “family sedan” may be considered a sports car if and when it has the right characteristics under the hood and under the body.

The Pacific International Motor Sports Show provides you the unique opportunity to gain new appreciation of the automobile as something more than mere transportation.  Automotive transportation can be a thing of a glamour – it can be FUN to drive a car!

Welcome to the show.  We hope that by the time you leave the Exposition Building you too will have joined the ranks of the millions of motor sports fans all over the world.

Tell your friends – and come again next year! 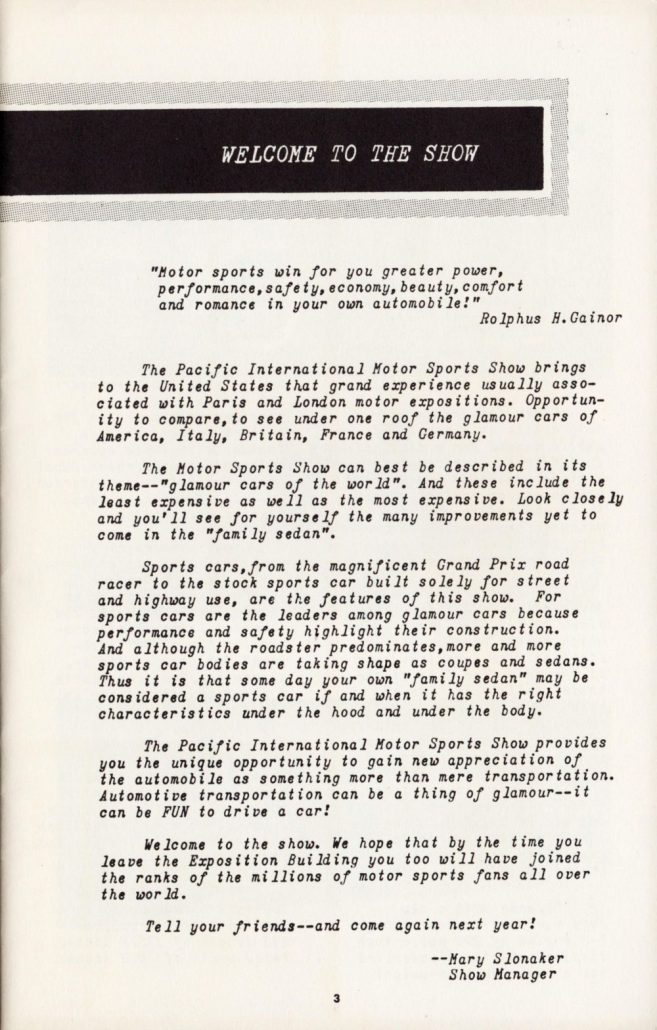 The program also had one page dedicated to the Vale sports car and a photo of it that I’ve not seen before.  Let’s see what they had to “show and tell” about this special car – a favorite of mine and good friend Marshall Foxworthy too 🙂

Vale Wright of Berkeley is a veteran sports car fan who now designs and builds his own cars.  Above, his entry in the show, built on an MG TC chassis, under 1500 cc, stock.  It has right hand drive and a Stewart Warner instrument panel.

Winner of many awards, this car placed third in a recent Portland Auto Dealers Association show competing with many foreign and American sports cars.  It won first place in the last International Sports Car Show in Oakland.

Wright builds his cars from a fiberglass mold which can be used over and over, with body changes as desired.  He has driven his cars in all the important racs…Pebble Beach, Golden Gate, Santa Clara and others.  The car pictured is in bright red and black upholster and has two tops, fiberglass and cloth. 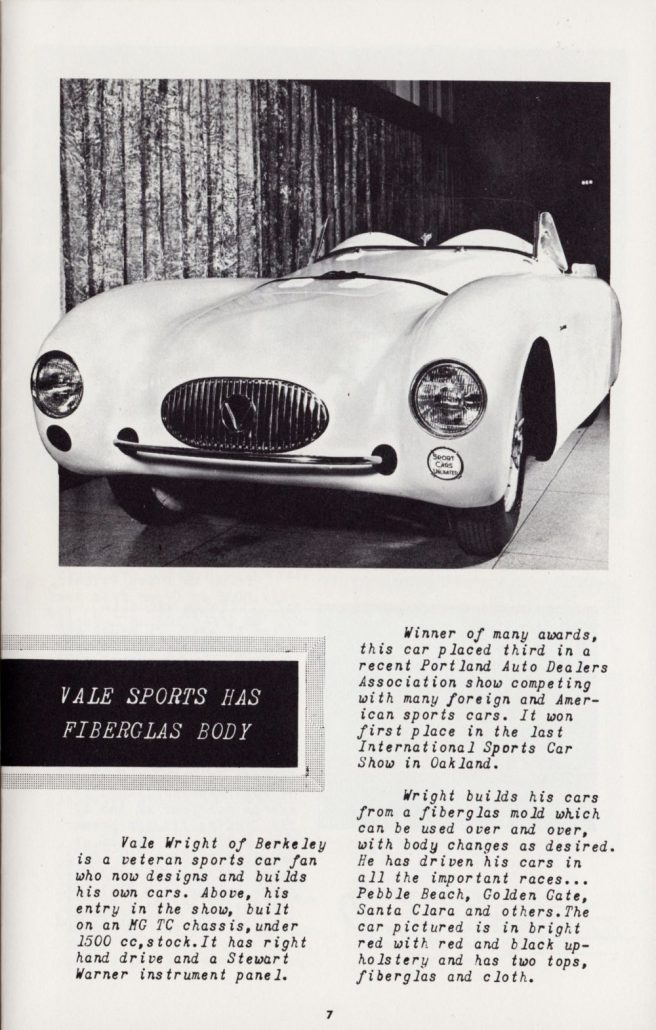 Interesting comments about the Vale Sports Car.  I’ve never seen a photo of it in “red” (the above photo still looks like the light-colored green it’s always shown in) and I am inclined to believe this was wishful thinking – along with the attribution of a cloth/soft top too.  By now, we’ve seen many photos and read many stories about the Vale, and I’ve not seen any reference to this color or a soft top.  “Dressing up the options” a bit in print was not uncommon, but research…as always…continues.

And perhaps we’ll find the car someday and learn the final word concerning the true history of the Vale.  That sure would be fun 🙂

From what I can tell, this may have been the first and last such show by this name – The Pacific International Motor Sports Show –  held by the Slonaker family.  This makes this a very special program, indeed, that Alden Jewell is sharing with us today, so many thanks again to Alden for his graciousness in sharing pieces from his literature collection with all of us here at Forgotten Fiberglass 🙂 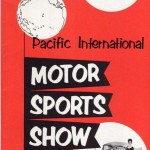 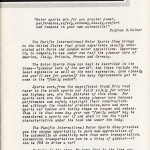 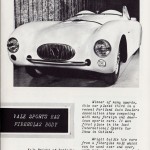 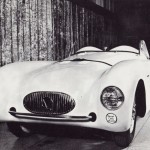