In response to many questions I’ve had about the McCormack Sports Car, I’ve been posting additional information leading up to photos taken of the car on the day I picked it up on my holiday trip, 2011.  Today’s story features the magazine cover appearance of this car in Motor Life Magazine in February 1956.  This came on the heels of the debut of the McCormack at the 1955 Petersen Motorama at the Pan Pacific Auditorium, Los Angeles, California.

Let’s take a look at what Motor Life had to say about this special custom sports car back in the Spring of ’56.

The Latest In Custom Styling

Not often do we come across a car with such an immediate eye-appeal as the fiberglass coupe shown on our cover and on these pages.  Displayed for the first time at the 1955 International Motor Revue show (also known as the Petersen Motorama) in Los Angeles last November, it was one of the cars that received a great amount of favorable comment for its originality in styling.

The creation is a credit to Henry McCormack of Orange, California who designed the car during his two year enlistment.  Working with a clay model, McCormack originally conceived a four-place, rear-engined coupe, using the scoops in the rear fenders to feed air to small cooling radiators.

He had planned to use a DeDion rear axle and a reverse drive unit to get the engine as far back as possible, but space limitations and the expense of such an operation changed his mind to a more conventional design.  Even with the change, the extremely low hood line was retained. 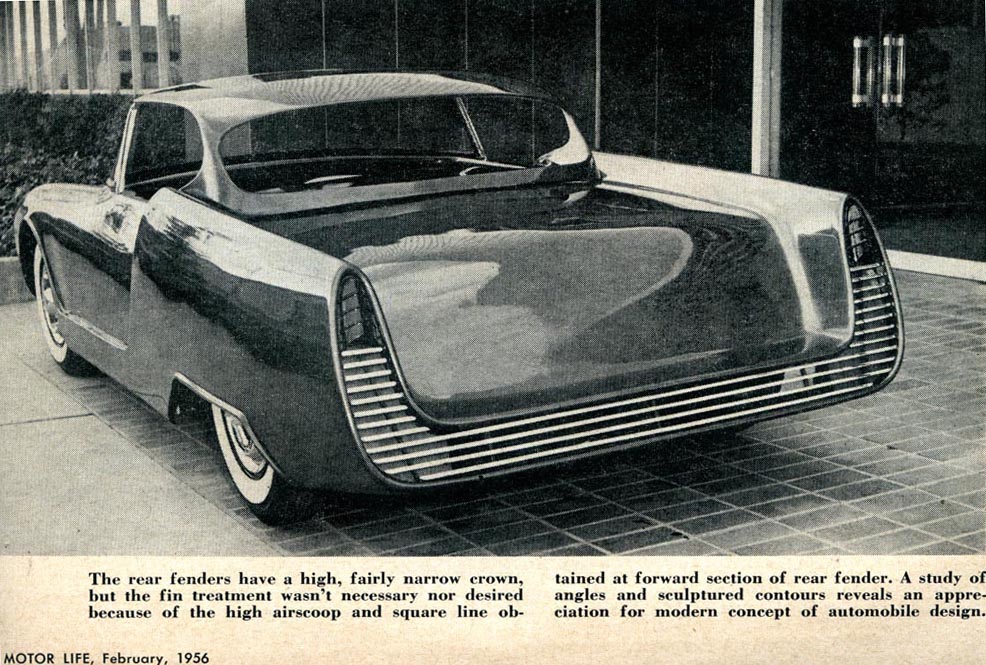 Most interesting feature in the styling of the car, besides the sculptured look that is especially apparent when you study the side view, is McCormack’s use of horizontal and vertical bars that form a pleasing, modern pattern in the grille, the fender scoops, and the rear end treatment.

Its simplicity is its keynote for effective styling, and design-wise, they tie the car together better than many contemporary production cars.  The car has a 106 inch wheelbase, using a standard tread width.  Though a special square-box tubing frame is used, an early-model Ford frame could be modified easily for use.

A Ford Thunderbird windshield, ’55 Buick taillights are the only body components used from other makes.  The top is removable, using T-Bird fasteners.

Let’s take a look at the pictures shown in Motor Life. 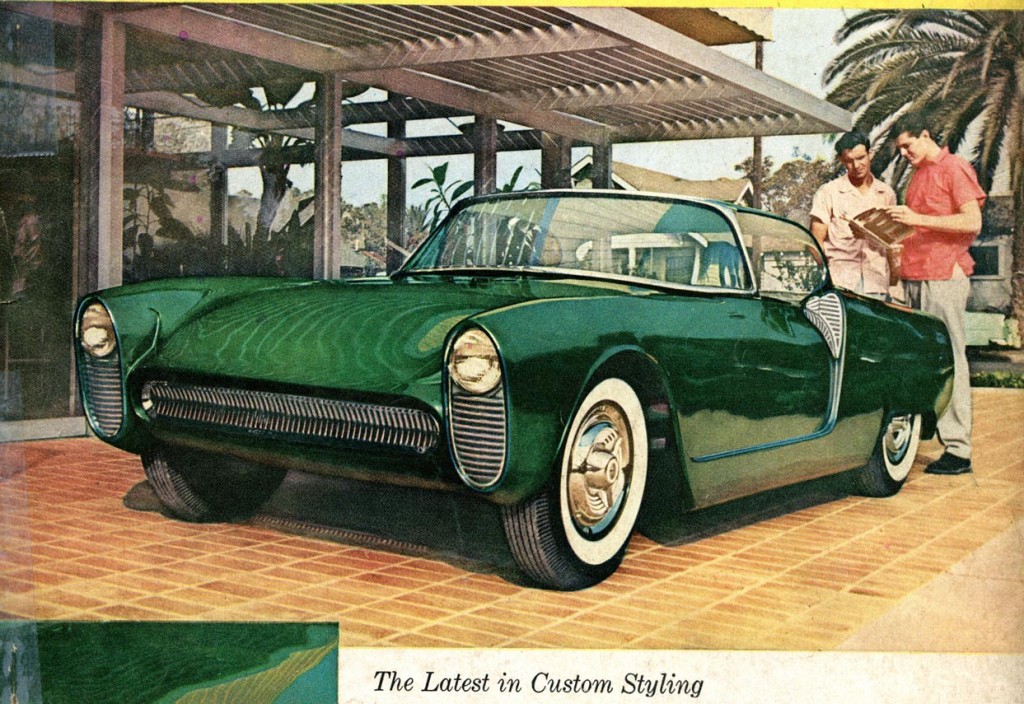 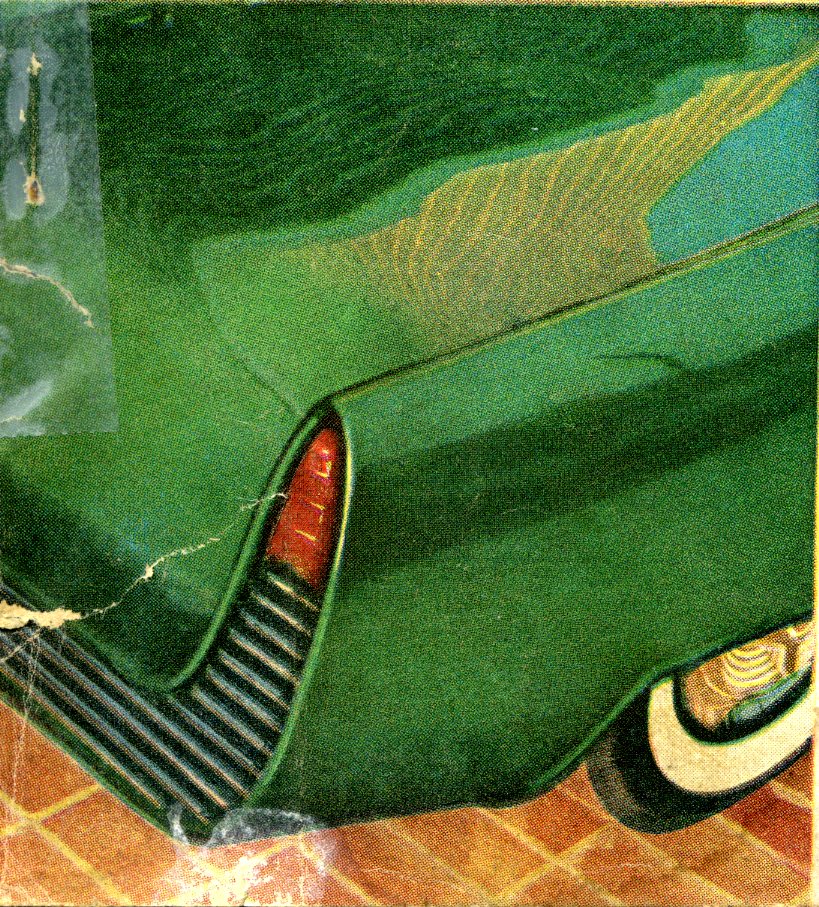 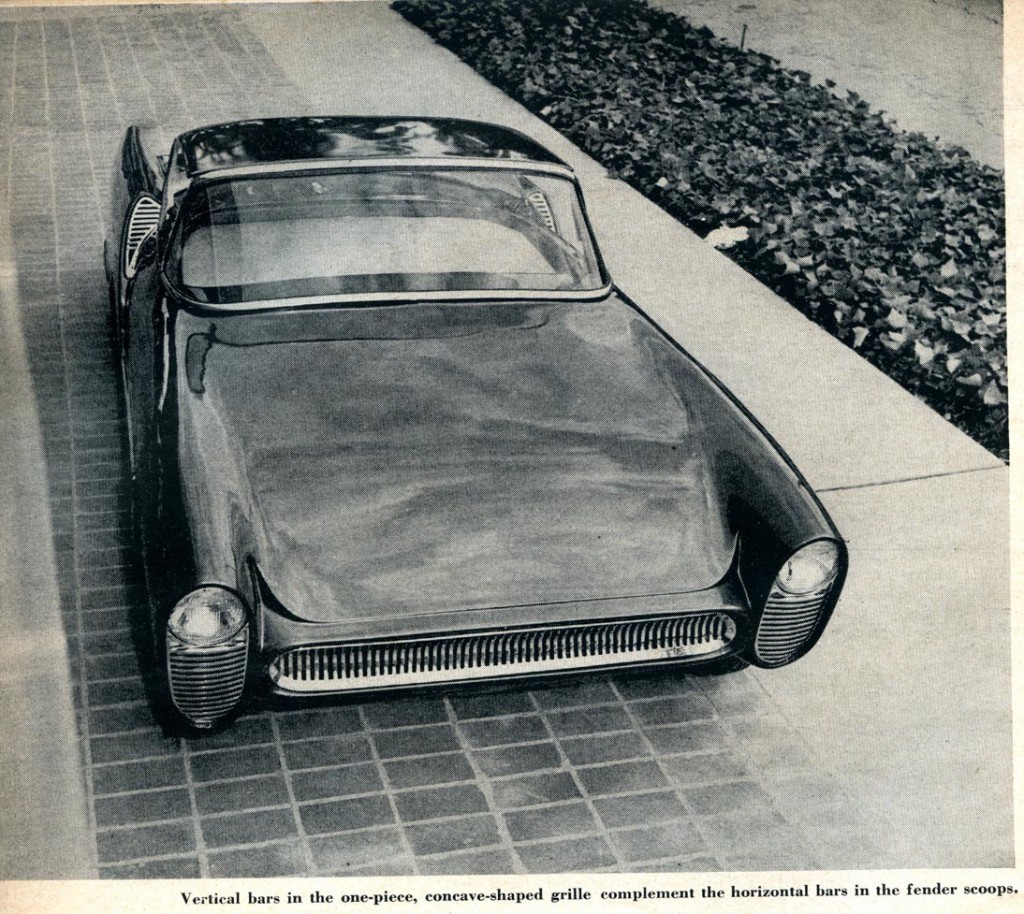 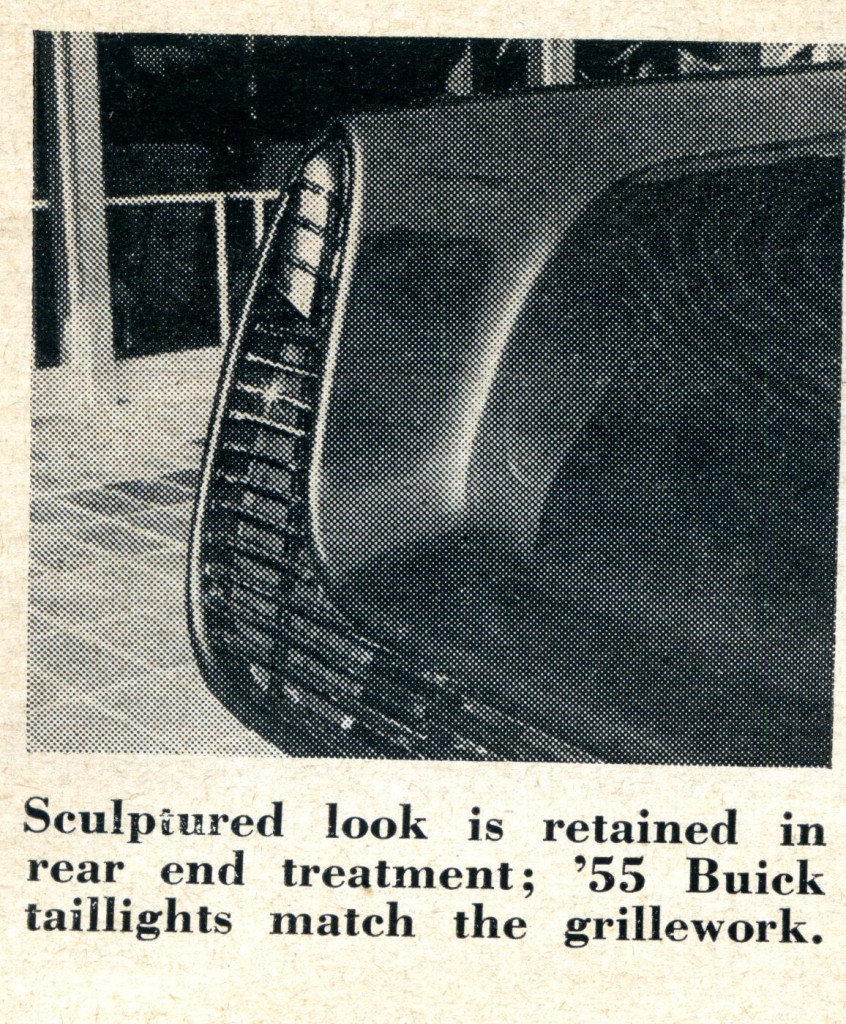 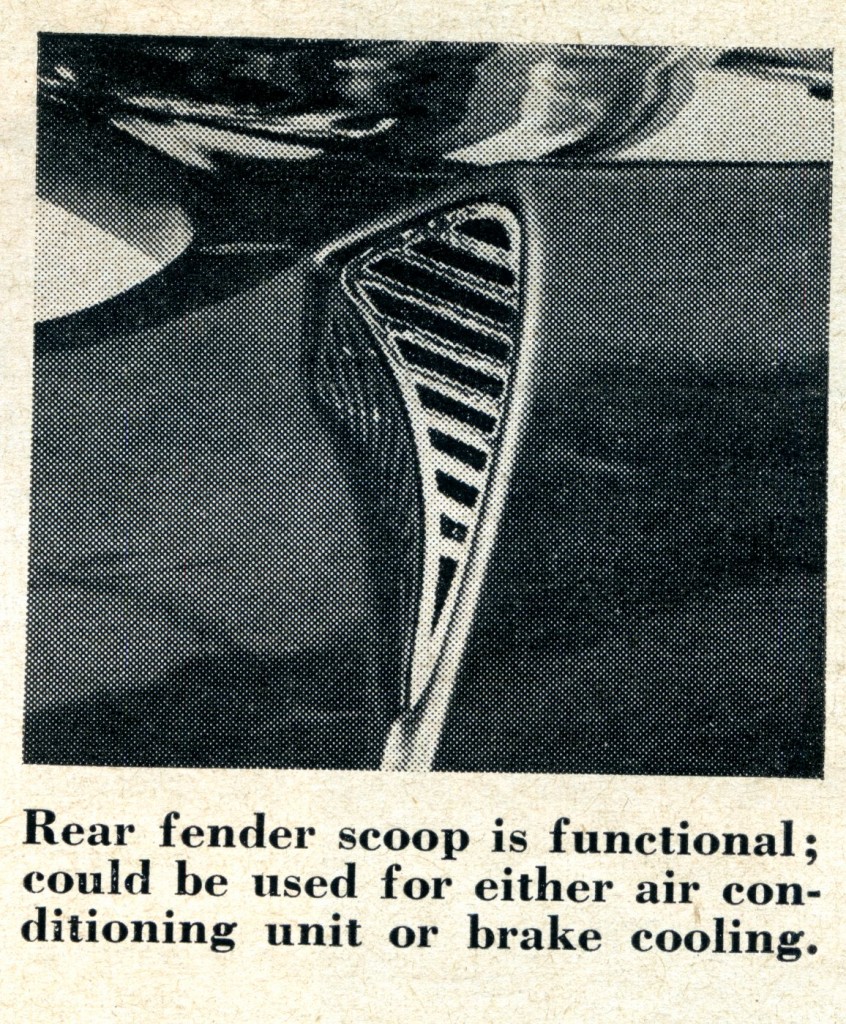 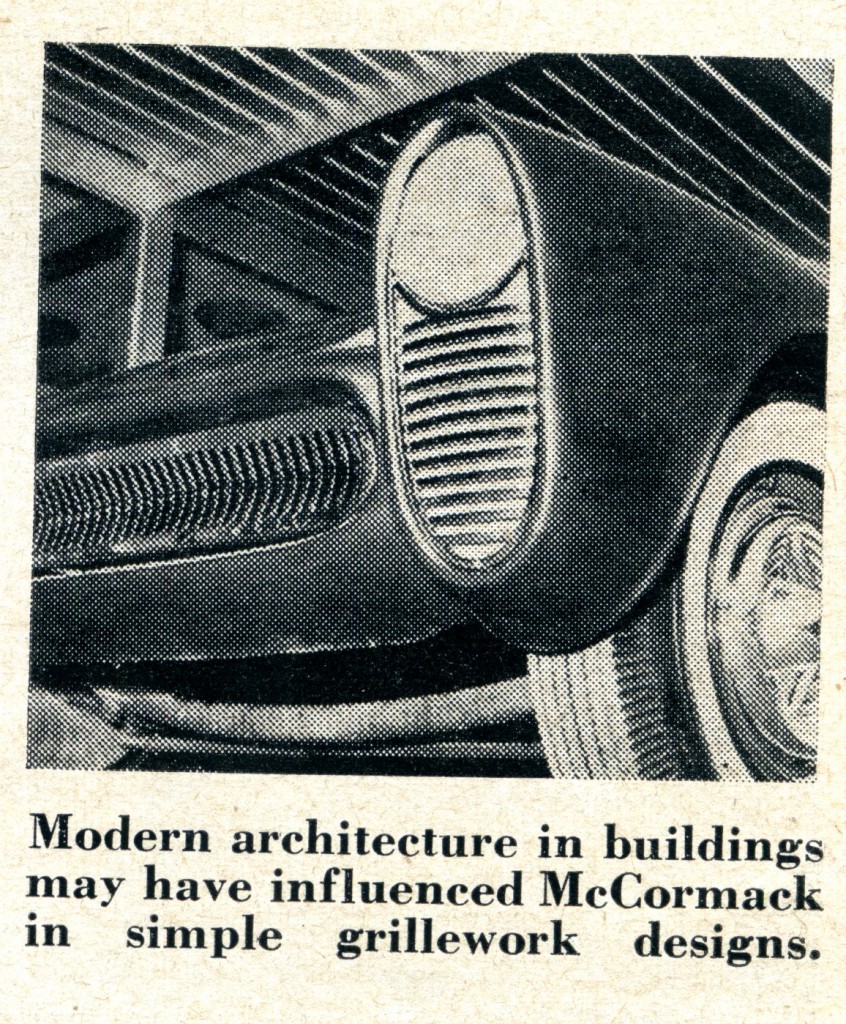 More information to come on the McCormack Sports Car designed and built by Henry McCormack, in future stories here at Forgotten Fiberglass. 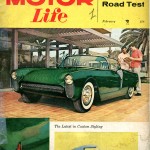 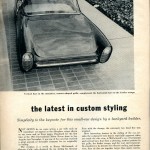 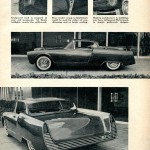 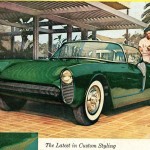 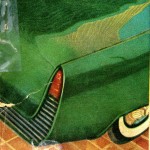 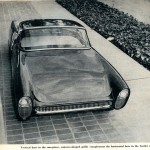 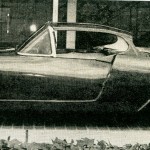 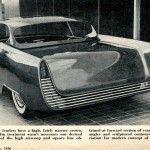 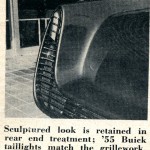 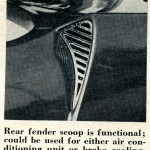 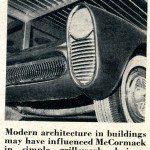 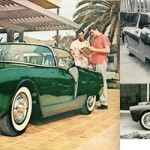