“When all is said and done, where else but in America can you find the talent and “can-do” spirit needed to produce a poor man’s Allard?”   Motorsports Magazine: May-June 1953

Read on to learn more…

Question for the day…

Lunn Laminates of Long Island is famous for being involved with producing parts of – and bodies for – the ’53 Chevrolet Corvette.  Which fiberglass sports car did they complete before the Corvette and learned to “cut their teeth” on?

It was the Rockefeller Yankee designed and built by partners Jim Rockefeller (close friend of Pat Amendolia) and Warren Shiber of New York – and they built several of these sports cars before moving on to other endeavors.

I thought you would appreciate seeing these pictures – a glimpse into an early “fiberglass past.”

And keep this in mind.  Lunn Laminates is who Chevrolet / Owens Corning brought on board for the Corvette project.  This is another example of how well built some of these fiberglass cars were that we feature here at Forgotten Fiberglass.  Shiber and Rockefeller collaborated with one of the earliest and most professional fiberglass laminate companies in the nation.

The Rockefeller Yankee was one well-built, excellently conceived sports car for ’53, using the best of materials and the best process with one of the best companies around building their fiberglass bodies.

Let’s see what Motorsports Magazine had to say about the Rockefeller Yankee in early ’53.

And remember….as with every image here at Forgotten Fiberglass, you can use your mouse to click on the image and make it appear larger on your screen. 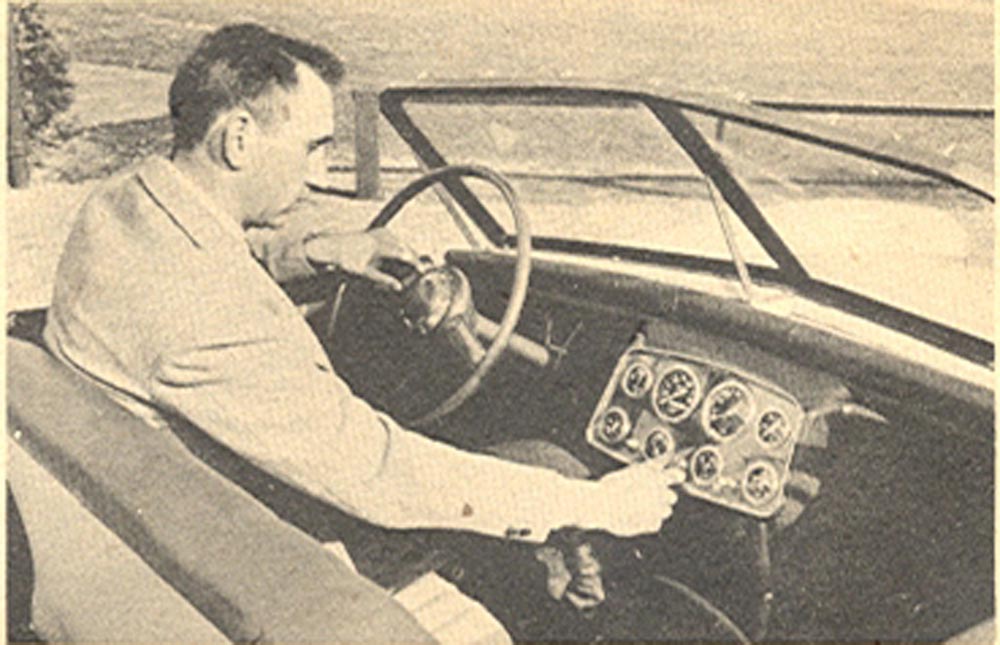 Caption: The clean and functional driver’s compartment in the Rockefeller Yankee has a Stewart Warner instrument panel that includes 8,000 RPM tachometer and 140 mph speedometer, plus oil and water temperature gauges. Floor shift or column shift is available.

Everyone who likes sports cars can’t always afford the luxury of a small second car, or the parts problems and repair cost gouging practiced by some mechanics.  Now a new sports car has entered the field with the advantages that should eliminate all previous problems.

The car is a knock-out plastic-bodied beauty that seats five, has a dealership setup behind it, utilizes mostly Ford parts and carries the encouraging price tag of $2500.  Early in 1952, two fellows got to lamenting the sad state of domestic automobile versatility and variety.

Warren Shiber, then representing the foreign car mecca of J.S. Inskip, and Jim Rockefeller, body repair and customizer par excellance, decided they could do something about the situation.  Utilizing Shiber’s ideas, technical knowledge and long green combined with Rockefeller’s ability to transform these thoughts into a practical unit, a prototype was rapidly worked up.

Very Fordish, inside and out, this initial attempt made use of cutdown 1949 Ford body panels, V8 60 engine and numerous odds and ends attached to a tubular steel chassis of their own manufacture.  This car underwent much modification and a subsequent model, that became known as the “Rockefeller Yankee” was fabricated.

A fiberglass body was laminated for them by Lunn Laminates of Huntington Station, Long Island and the project was running along beautifully.  Incorporating a stock Willys F-head six of 95 horsepower, transversely sprung Ford front end and underslung, semi-eliptically sprung rear, the Yankee tipped the scales at 1600 pounds and had a slightly better power-to-weight ratio than a stock Jaguar XK. 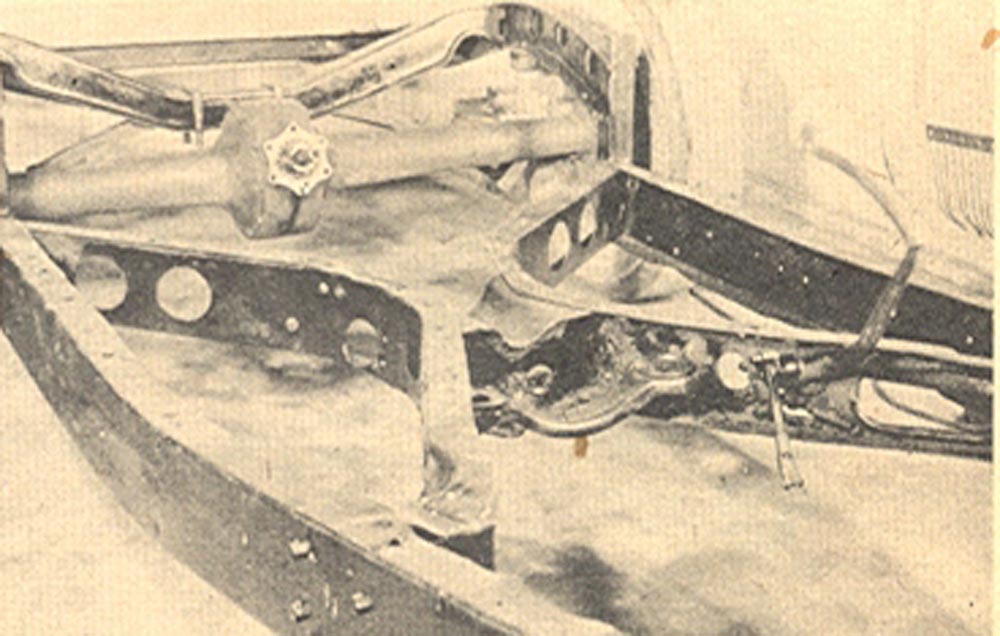 Caption: The new plastic-bodied sports car is mounted on a ’39 to ’41 Ford chassis that has been Z-ed and shortened, resulting in a neat, low frame. Although present production plans call for power by a 110 horsepower Ford V8, other engines will be mounted at the buyer’s option, in future models. The ride is flat and solid.

The interior, worked out in dark yellow and blue Naugahide contrasted strikingly with the rich lemon colored body and everyone heaped praises on a beautiful job well done.  One real snag had wandered in, however, price.  Shiber originally set a maximum retail figure of $2900 on the dreamboat, complete with soft top, side curtains, any color combination and full complement of Stewart-Warner instruments.

To exceed that price would be to abandon the goal he had in mind:  to provide an All-American sports machine for you and me at a really reasonable figure.  Yet, to include a tubular chassis, special suspension, expensive instruments and all the carefully detailed points of construction, would mean a final price in the vicinity of $3500 to break even.

The resultant conflict in ways and means to overcome this obstacle brought about a certain amount of dissension and ultimately Rockefeller left Shiber to work out his solution alone.  The Rockefeller Yankee is assembled from ’39 to ’41 Ford frames which have been Z-ed (sharply dropped immediately forward of the rear wheels) and cut down to a 99” wheelbase with seven inches of road clearance.

Dry weight is held to 2000 pounds, and as you can well imagine, 110 hp yanks the Yankee around in a most pleasing manner.  The selection of a plastic body has proved to be profitable in regards to weigh reduction and has other equally important benefits as well.  Although its use pared the dry weight of the completed car drastically, the plastic panels themselves are many times stronger than sheet steel used on present day automobiles. 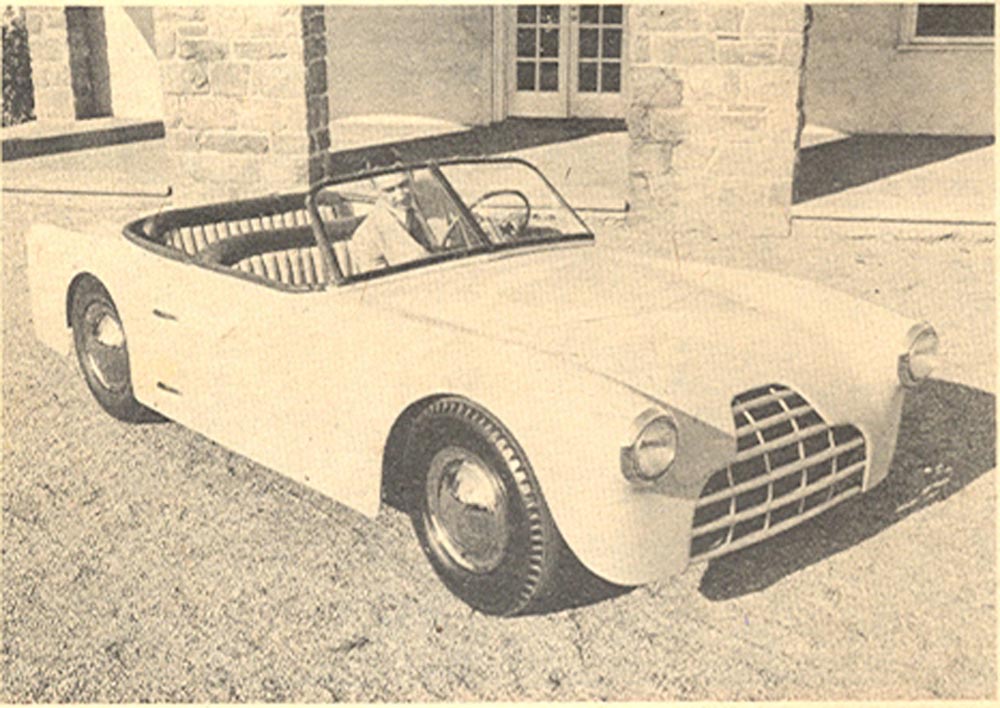 Caption: Low sleek lines highlight the styling of the new sports car that features a plastic reinforced fiberglass body. Priced under $2500, the 99 inch wheelbase car carries five comfortably and has a favorable power-to-weight ratio giving promise of a better than 100 mph for speed. A folding top stores behind the rear seat.

Much larger sections; the entire rear deck-cum-fenders or the whole body forward of the doors, for example, can be molded in one unit.  Load and stress limitations of sheet metal which bring men in white coats running to the side of designers can be almost forgotten and little, if any, interior bracing is required.

The doors and hood hatch are molded in one piece which includes an inbuilt X raised on the inner side for stiffening.  As is already quite well known, minor impact, though it may be of steel wrinkling proportions, will merely cause deflection which is absorbed by the plastic’s resiliency.

In the event of really severe collisions, however, the material only cracks in the immediate contact area and such damage can actually be repaired by the owner.  A kit is available for owners containing fiberglass cloth, resin bond liquid, a paintbrush and sandpaper.

All the user need do is stuff the crack with grass cloth, smear on some bonding resin, let it dry in the sunshine and sand down smooth before repainting.  This probably sounds a good deal too simple to be true, but that’s all there is to it.

Plastic bodies are not particularly new, the Skorpion, Lancer, and Boxer jobs having already received liberal attention and Kaiser is scheduled to place a limited number of plastic paneled sports roadsters on the market this year.  However, the Yankee is the first such machine to really rise above the talking stage and actually available as a complete unit on a four week or less delivery basis.

The downfall of many limited quantity efforts has usually been body construction.  Detroit-type hydraulic presses are horribly expensive and steel dies aren’t much cheaper.  The other alternative many try is handmade bodies, panel by panel, making this fit here and leading in there ‘till things look right.

The drawback here is that the metal is still just as vulnerable in a collision and any serious body repair means an expensive handmade section to replace the based portion.  Plastic lamination has all the advantages of interchangeability without resorting to pressed sections.

In addition, the plastic is also proof against deterioration from rust, corrosion or rot and is completely squeak and sound proof.

Assembly has been reduced to the simplest proportions by Lunn Laminates molding the entire body in but five main sections plus a one piece floor.  The entire front body is removed by merely unfastening six bolts, a point which will please the owners who want to play in the engine room.

The detachable folding cloth top and side-curtains may be stowed in the very roomy luggage area behind the rear seats, although a hard plastic top will be made available as an optional extra if demand proves great enough.  The grille opening is similar to Aston-Martin in appearance and trimmed with polished aluminum tubing.

Since the nose area is molded solid and may be cut for any opening shape, later models are expected to utilize standard replacement grilles now on the market.  The single deviation from making full use of domestic components is the installation of MG latches on the forward opening doors.

As Shiber pointed out, “The only American alternative on the market now would be mild truck latches and those I’ve seen are not very attractive.”

Rockefeller Yankee production is not in full swing, dealerships are being appointed and all you need do is place an order, 30 of which were received within a week after its announcement at a meeting of the Long Island Sports Car Association.

This affords Joe Family-man a responsive machine that will take him to and from work, carry the wife to market and remain flexible enough to load up with vacation gear for four, or to prune an occasional Olds 88.

Since parts are available in any auto supply house or Sears Roebuck, the boys with an extra buck can customize and/or hop up their heart’s content while every owner can enjoy nation-wide inexpensive service and parts supplies.

When all is said and done, where else but in America can you find the talent and “can-do” spirit needed to produce a poor man’s Allard? 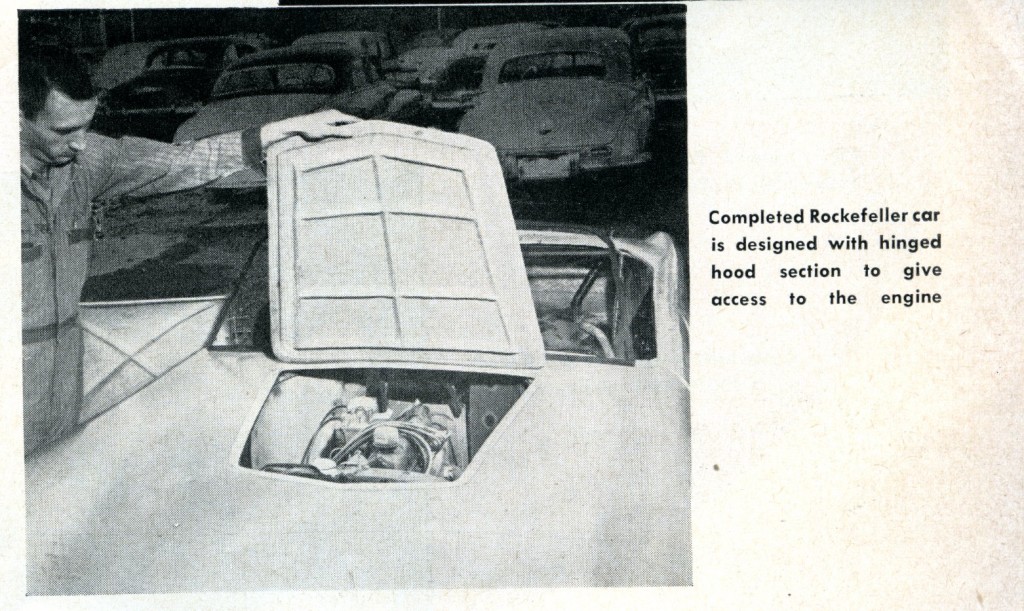 So how many fiberglass sports cars were built in the Northeast early on – from ’52 to ‘56?

And the list above EXCLUDES the fiberglass cars from the Midwest such as the Chicagoan, Frazen, Bosley, Glascar and others.  There was quite a bit of activity in ‘glass cars in the Northeast back in the early ‘50s – perhaps more than any of us here at Forgotten Fiberglass even suspected. 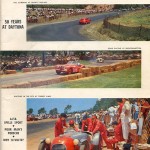 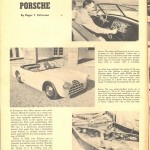 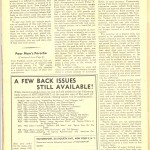 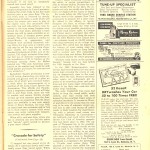 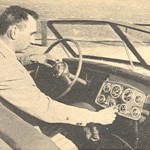 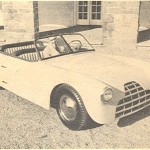 Caption: Low sleek lines highlight the styling of the new sports car that features a plastic reinforced fiberglass body. Priced under $2500, the 99 inch wheelbase car carries five comfortably and has a favorable power-to-weight ratio giving promise of a better than 100 mph for speed. A folding top stores behind the rear seat. 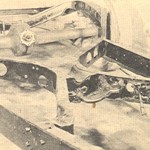 Caption: The new plastic-bodied sports car is mounted on a ’39 to ’41 Ford chassis that has been Z-ed and shortened, resulting in a neat, low frame. Although present production plans call for power by a 110 horsepower Ford V8, other engines will be mounted at the buyer’s option, in future models. The ride is flat and solid. 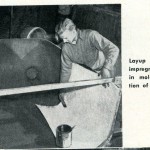 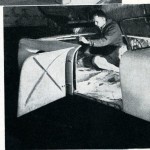 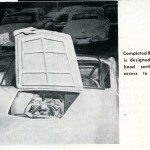 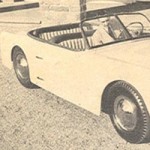