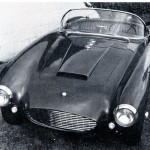 What a Stunning Finished Car This Was. You Byers Owners Out There Are Sure Some Lucky Guys!

Who built the “mystery” Byers SR100 that appeared on the February 1957 cover of Road & Track magazine?  You know, the car is so stunning that we forget to ask that question when we read the article.  Click here to review the original Road & Track article.

But…with some hard work and a little bit of luck, the information presented itself courtesy of the writers of “Check Point” – a publication of a chapter that was part of one of our favorite sports car clubs back then – the Four Cylinder Club of America.  Be sure to click here to review good friend Bill Wilkman’s website concerning the history of this club.

How the “name” of this car has been handled over the years is interesting.  In the Road & Track article by John Bond it’s called the “Byers Special.”  In today’s article it is referred to as the “TD Mark I Special” named after the company that built it – “Technical Devices Company.”  And, as you’ll find out in future articles that the family that built it refers to it as the “Fort Byers Special.”

Lots of history and intrigue with this car, and you’ll find out why as we begin today’s article on this very special car.  For now, lets turn our attention to the article  – published in May 1957. 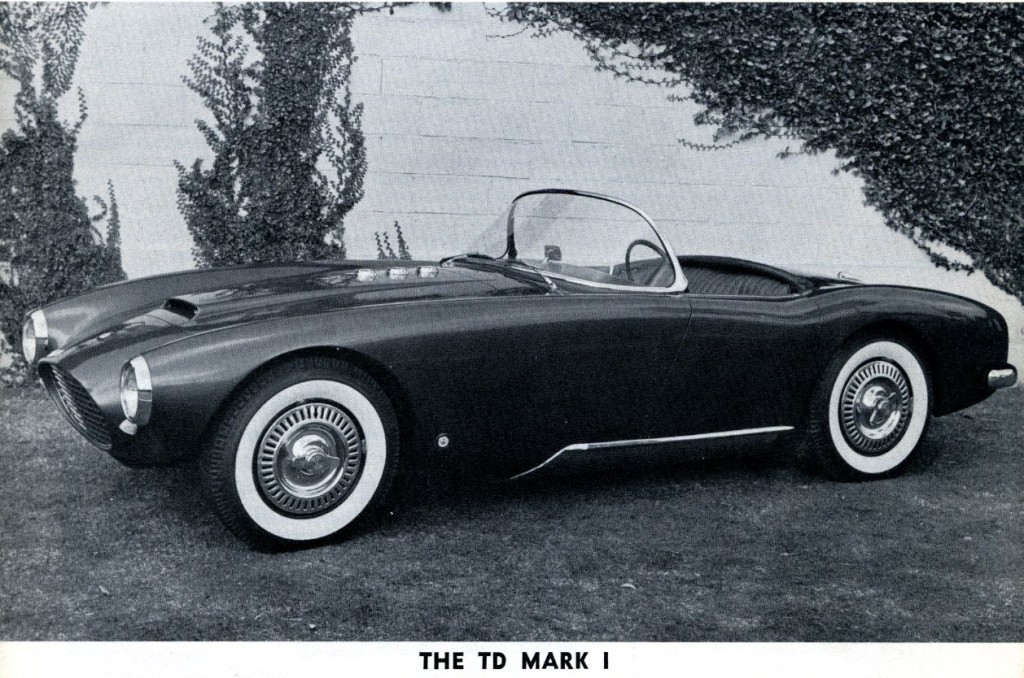 There were 4 months of engineering and drafting by Mel Allen, engineer.  Included were selections of available components, design of others, calculations concerning torsional rigidity of frame, roll center, suspension systems, weight and mass distribution, steering geometry and dynamic effects of the third order.  Solution of the third degree of freedom problems were run on an electronic analogue computer.

Final design comprised of a double truss tube frame having a torsional rigidity of1000 foot lbs per degree, weighing only 96 lbs.  Front suspension of the “solid axle” type having spring mounts high above the axle center line, supported on quarter elliptic springs provided a high roll center at the front.  Special 60-40 shock absorbers were mounted low on the frame and connected close to each wheel for greater independency of action. 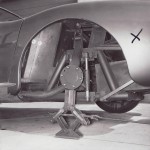 Steering is a special rack and pinion having 2 and ½ turns lock to lock.  The rear suspension is unique insomuch as it is of the full independent type having wheel carriers on each wheel which slide vertically on two pillar assemblies mounted rigidly to the frame.

The brake system is a two-shoe Lockheed type having self aligning shoes.  The brake drums are 11” diameter special castings with copper fins at 45 degree angle bonded to the cast iron drums.  The power plant is a 1955 Chevrolet V8 modified with 3 carb manifold, Duntov cam, headers, etc, and is coupled to a close ratio 4-speed Jaguar gear box.

The differential was originally a ’42 Ford, but only the center section was used.  Special end plates were fabricated to include the brake mechanism for the inboard rear brakes.  A fiberglass body shell was fitted with a Corvette windshield, Studebaker grill, Jowett Jupiter door hinges, MG seats, and the new type Ford safety steering wheel.

The chassis design provides a high roll center (16” above ground level) in front and  a roll center at ground level in the rear.  All roll couple is taken from the front.  The light unsprung weight of the independent rear suspension and its ability to provide equal torque at both wheels make the car ideal for race course, drag strip, or highway.

The car wights 2060 lbs with 5 gallons of gas, the weight distribution being 46-54.  A duplicate of this beautiful car can be constructed for you for only $17,500.  Dr. Wiliam B Fort, MD., Ph.D. of Santa Monical, physician and surgeon and sports car enthusiast is the car owner. 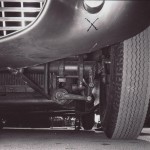 Mel Allen, president of Technical Devices Company and Mechanical Engineer whose interest in high performance machinery has been evidenced by motorcycle racing, midgets, springs, and now sports cars, is the designer.  Technical Devices Company is an engineering and manufacturing company specializing in automation for industry and the design and fabrication of sport and race cars.

Research into vintage fiberglass sports cars never sleeps…and so it shouldn’t surprise you that we tracked down both the Fort family as well as the people of Technical Devices Corporation.  Although Mel Allen is no longer with us, his protégé and close friend, Doug Winther, current owner of Technical Devices Company is alive and well.

Given the technical nature of the article, Doug and I believe that it was written by Mel – which means this is a great first-person account of the build of the car.  Another fact points to this conclusion, and that’s the name of the car.  The family called the car the “Fort Byers Special.”  Only Mel called it the “TD Mark I Special” – named after his company.  Everyone involved had so much respect for this car after it was built, that each came up with their own name.  Three car names in one, gang 🙂

Another car was planned and a frame built – but the entire car cost to much to reproduce, so the second car plans were shelved.  However, the frame existed into the 1960s and was eventually sold to a local car enthusiast.  This “second frame” may be still be out there gang – you just have to find it.

We have some great stories of this car coming up for you in the near future here on Forgotten Fiberglass.  Lots of new information to share from the family and friends of those who built it – including what happened to this very car. 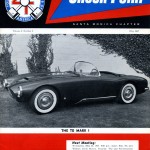 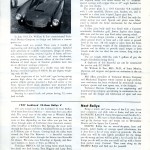 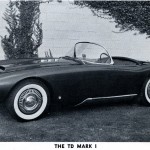 What a Stunning Finished Car This Was. You Byers Owners Out There Are Sure Some Lucky Guys! 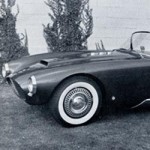