As we’ve discussed in earlier stories, the Victress S1 body became available to the public in late 1952, and by the summer of 1953, Hellings was the sole distributor for the company, and had completed one of the first fully built Victress based sports cars – the Hellings Victress.  Click here to read more about one of the earliest known Victress sports cars.

The article today appears in the February 1954 issue of Car Life.  Victress was just about to make the transition from a dedicated dealer handling their sales which was “Hellings” to handling the expansion of their company and sales on their own.  After all, Doc Boyce-Smith had just partnered with Merrill Powell in early 1954 so the sky was the limit and all things seemed possible.

Let’s see what this short article says about Victress Sports Cars during this “heady” time of growth for them.

The Victress sport car body, produced by the Hellings Company of North Hollywood, California, has been hailed as one of the most beautiful designs offered to date.  This fiberglass body makes it possible for the enthusiast to build his own sport car for an investment of approximately $1000.

Body, hood, deck and door panels are of laminated fiberglass and are approximately 3/16 of an inch thick but all parts are untrimmed.  Bonded metal angles provide means for attaching the body to the chassis.  The body also fits over the frame which means it is not dependent on any shape or contour of the frame rails.

The Victress is made for a 102 inch wheelbase but one inch either way works out well.  Hellings ships the body without hardware although it may be purchased separately.  Hinges for doors, rear deck and hood will be available as will grills, grill frames, windshield brackets, bumpers and latches.

Three kits are being marketed; the cheapest for $570 includes the body shell, hood and rear deck panels but not doors.  A $595 kit is the same as the above but includes one door.  The most expensive kit sells for $620 and includes two doors and cutouts in the body. 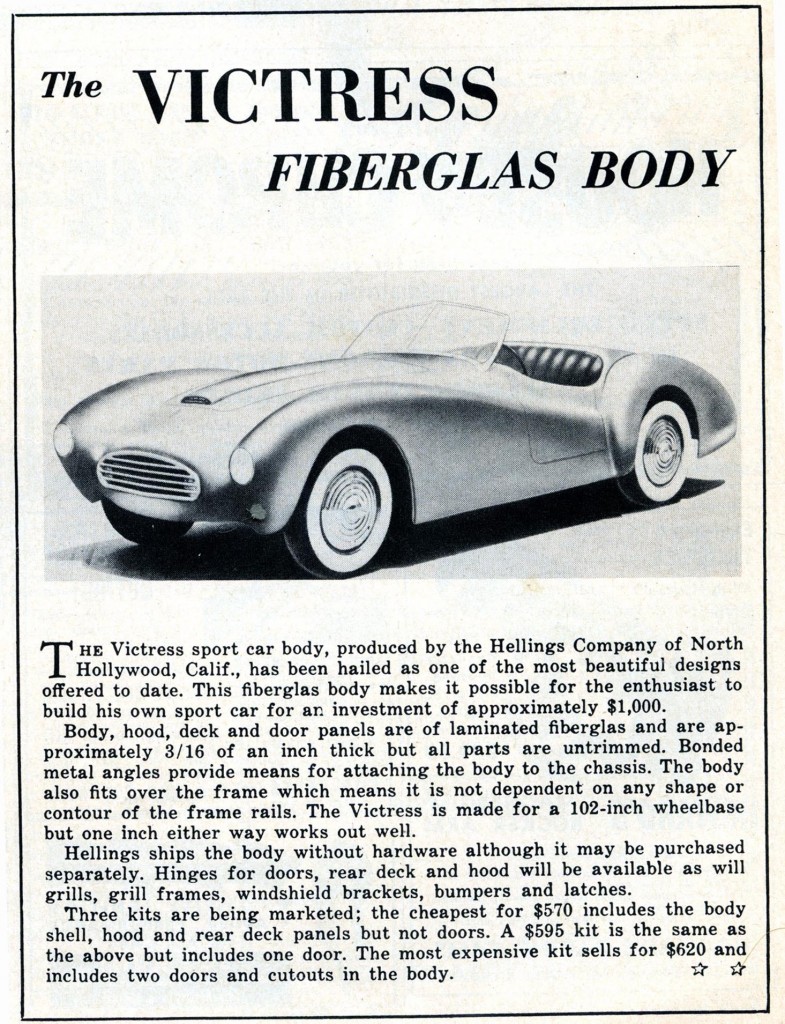 By late 1953, the Hellings Victress sports car was used as a lead car in the Tony Curtis / Piper Laurie movie “Johnny Dark” which would debut in late summer of ’54.   From this point forward, it would be called the “Johnny Dark Victress S1.”

And…the Victress S1A body was about to debut – basically the same body with some corrections but with a reduction in size to a wheelbase of 100” – to match the new Kurtis Kraft 500 (KK 500) chassis that was about to debut. 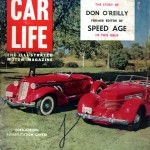 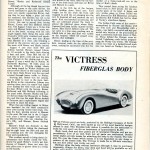 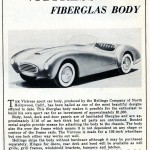 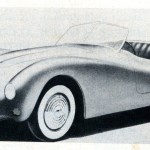 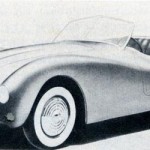