This is another in a series articles on the 1949 Edwards R26 sports car.  You can review all stories about this and other Edwards sports cars here on Forgotten Fiberglass by clicking here.

I’ve been focusing on the Sterling Edwards 1949 R26 sports car of late because it influenced expectations across America concerning the promise and design of sports cars in the immediate postwar era.  Another reason for covering this now is that the car (the Edwards R26 with its original body but on a completely different chassis) is coming up for auction in November 2011.  Click here to read more about the car and the auction near Chicago, Illinois.

As I’ve said before, it’s an exciting time to learn about these early postwar American sports cars, so let’s delve into another aspect of the history of this special car.

How Many Edwards R-26’s Are There?  Let Me Count The Ways…

“What’s the story on the different bodied R-26 cars we see in historic photos?”

As we discussed before, the Edwards R-26 Sports Car had two lives under the ownership of Sterling Edwards.   By late ’51, the R-26 had been raced for two years, and Edwards was yearning to do something different.  No doubt that when fiberglass cars debuted for the first time at the Petersen Motorama in November ’51, the wheels started turning and the concept for Edwards’ next car was born.

Stirling Edwards second car was going to be built on a Henry J chassis and powered by a Chrysler hemi – it was going to be a brute.  And to keep the weight off the tires, he went with the revolutionary new material – fiberglass.  The name for this new car was a play off of the name of this first car – just a simple reversal of numbers – it was going to be called the “R-62.”

The fiberglass R-62 debuted in April 1952 at the Pebble Beach Road Race, making the R-62 sports car the second sports car / race car Edwards built.   (This was first posited by Glenn Brummer and the confirmation is welcome news.  Thanks Glenn!)  This is an important date to you fiberglass aficionados out there, for it had only been 4 months since fiberglass cars debuted in America for the first time at the Peterson Motorama in November ’51.  That’s light speed in terms of completion time, gang.

In just 4 months, Sterling Edwards and his team had accomplished the impossible.  Not only was the fiberglass body finished but the car was being raced for the first time in April of ’52 at Pebble Beach.  From what we can tell, the Edwards R-62 race car was the first fiberglass bodied race car in the world.

That also means that the fiberglass bodied R-62 sports car is one of the earliest known fiberglass cars to emerge in the 1950’s – and probably the first fiberglass bodied race car too.  Future research will provide additional information, to either support or detract from this point.

Performance of the Edwards R-62:

From the start, the new R-62 sports car was not performing as it had been expected.  I’m sure Edwards’ team was frustrated in every way.  According to Phil Remington in a recent interview, this lack-luster performance bolstered their desire to return to their first car – the R-26 – and make it a better performer.  They could most easily do this by shedding weight.  A new body for the R-26 was about to be born.

While the original R-26 body was built by Emil Diedt of Los Angeles, the new body would be built much closer to Edwards home in San Francisco.  He chose Jack Hagemann to build the body, and the project started early in ’52.  Within 6 months the new body was ready, making the “new” R-26 a single-purpose racecar.  It no longer retained its dual-purpose heritage (sports car / race car) from its original ’49 design.

The original Emil Diedt body that debuted in late ’49 was used on the car until at least August of 1952.  At that point, it was shipped to Sterling’s good friend Hamil Reidy of Chicago, Illinois.  We assume that Reidy is the one that bodied it on the Henry J chassis and installed a Jaguar engine – but more research is needed concerning the “second life” of this body.

The new Hagemann body appeared for the first time on the original R-26 chassis in the November 8th, 1952 race at Madera Airport.  This makes the  Hagemann rebodied R-26 chassis the “third” racecar by some definitions, or simply the second iteration of the R-26 since it retained its original chassis – and perhaps original powerplant too (still researching).

So the “order of go” concerning Edwards’ coachbuilt race car history is as follows:

I’ve only located two pictures of this car.  One appears in the 1995 book “The American Hot Rod” by Dean Batchelor and the other appears in Auto Sport Review, March 1953 with a nice picture.  Undoubtedly there are more pictures out there.  If any of you have photos of this car, let me know if you would like to share them with our readers of Forgotten Fiberglass 🙂

Here are the pictures: 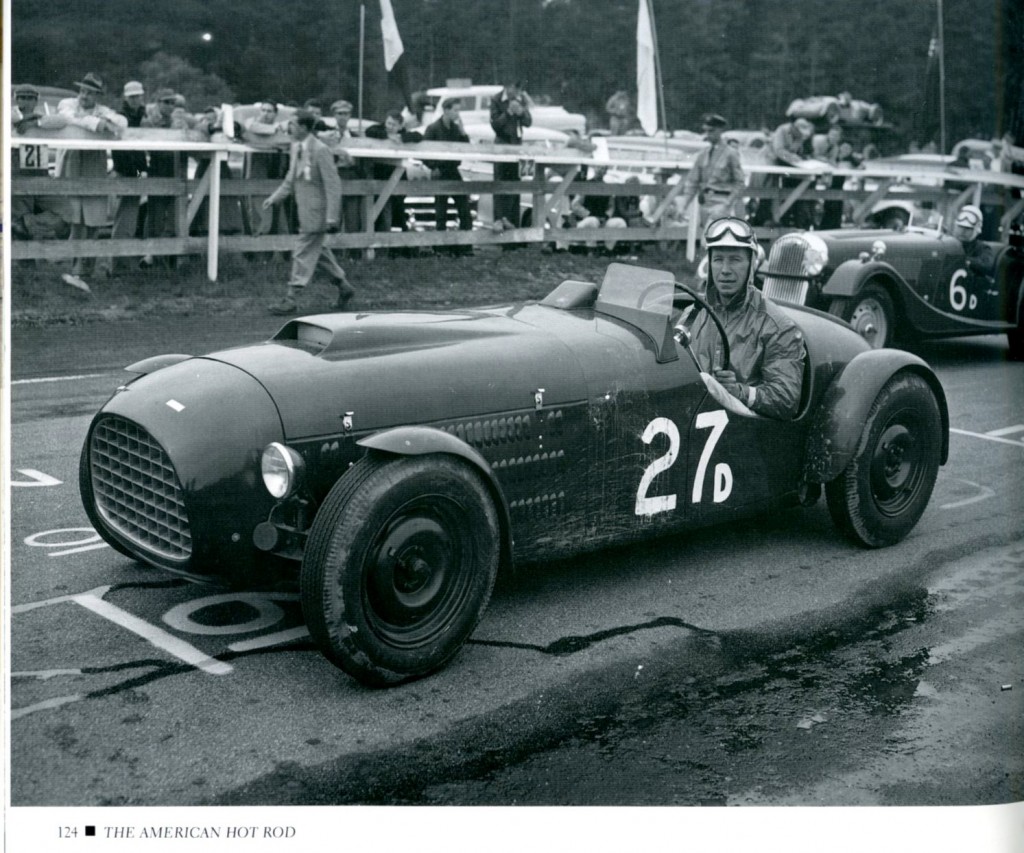 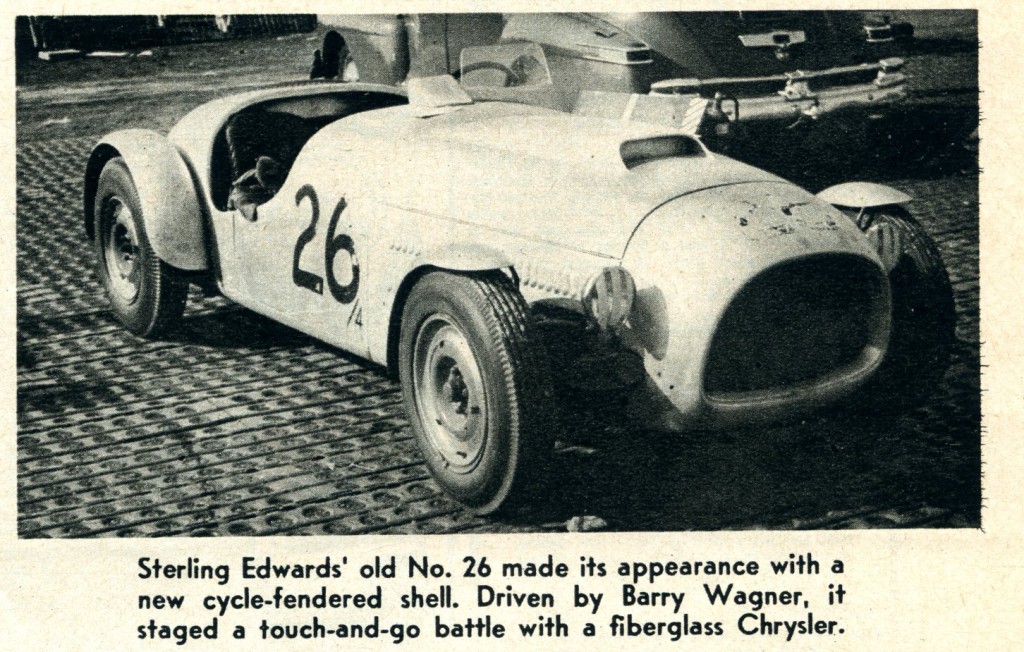 Here is the known race history of Sterling Edwards three cars for 1952 only (click here to review the full race history discussed here on Forgotten Fiberglass):

As we’ve been able to best determine, the R-26B with new Hagemann body continued to be raced, but not by Sterling Edwards after the Madera race concluded.  We’re still in the process of confirming with photographic evidence if it raced into ’55 and/or ’56.  As always, research continues.

But that’s not the end of the story of the R-26.  The car continued with prominence under new stewardship – something we’ll discuss in the next story about the Edwards R-26 legacy. 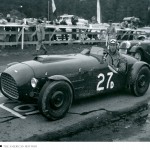 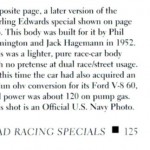 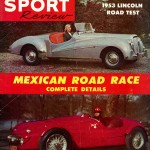 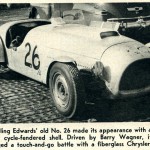 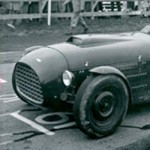