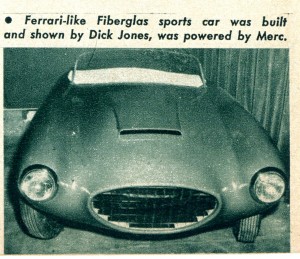 The Meteor SR-1 Debuted at the ’53 Petersen Motorama with Jim Byers and Dick Jones in Attendance.

“One of the most interesting bits in the show was the heavy sprinkling of Fiberglass creations.  These cars came in all shapes, sizes and for any purpose from tooling around town to flat-out competition.”
—————————————

On reflection, there are points in time which seem epic.  A conflagration of people, ideas, innovation, and excitement – all coming together at one time, place and event.  That perfectly describes the Petersen Motorama held in Los Angeles in November, 1953.

Bob Sorrell was there with his new Sorrell SR-100, Bill Burke was there with his Allied Coupe and a new Roadster, Dick Jones and Jim Byers were there showing off their new Meteor SR1, Doc Boyce-Smith, Bill Quirk and soon to be Victress partner Merrill Powell were their with a fantastic display of how to build a sports car body, and…a new one-off by Victress owned by Stan Weisbard was exhibited – nearly all of these were being shown for the first time.

And that’s only what’s shown in the pictures in the magazine.  We know that Victress had a stellar exhibition on how to build a fiberglass car as well – laying up a body over several days during the event.   We’re working on identifying what else debuted during that event which includes cars like the Grantham Stardust and the Maverick Sportster.  Research and time will hopefully reveal the full picture of this “happening” back in ’53.

If only we could go back in time and be a fly on the wall.  But we can a bit with today’s article.  Let’s see what Car Craft Magazine had to say about the ’53 Petersen Motorama:

If anyone remained convinced that the spectacular automobiles died with the silent screen, all that person had to do was to wander into Los Angeles’ huge Pan Pacific Auditorium and spend the next few hours (it would take that long) looking at the equipment therein.

This was Motorama, without doubt the country’s most spectacular annual exhibit of unique and marvelous methods of getting from here to there.   No one type of vehicle could be said to dominate the show.  Every method of powered surface transportation from cars for the smallest of small fry to seagoing hot rods, from the latest in Detroit limited production to the hottest Bonneville machines was represented. 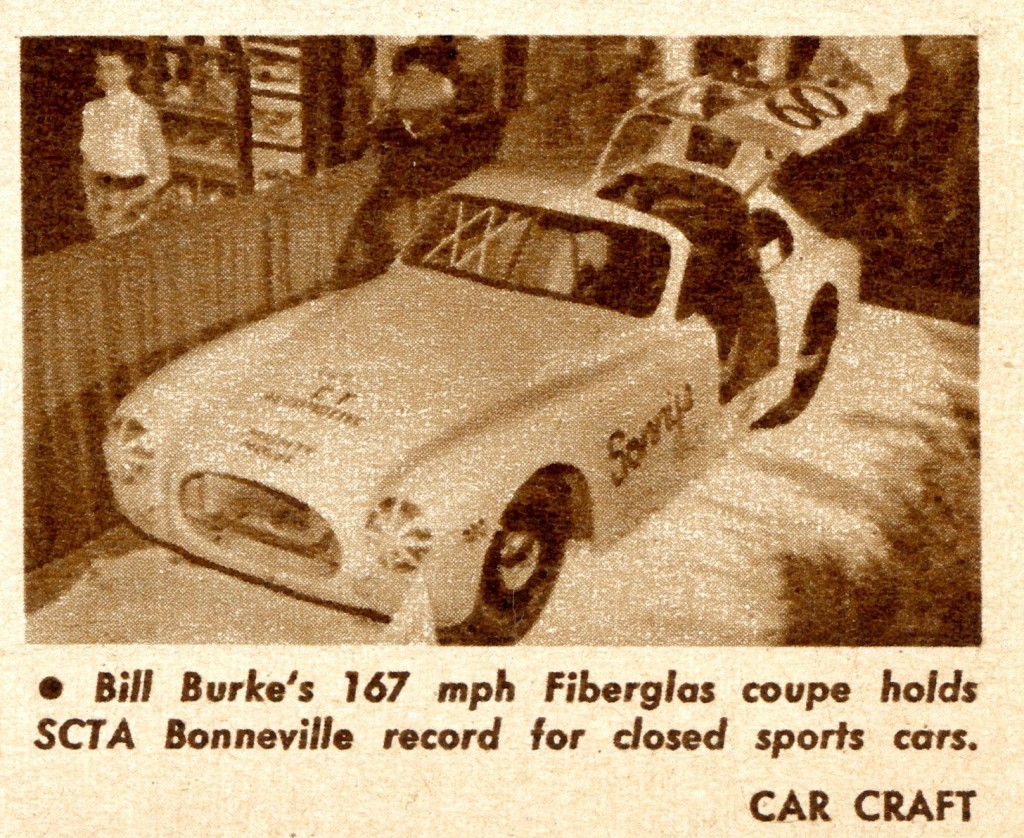 Few, if any, of the cars and boats had ever been placed on public view except during competition in the case of the Bonneville cars and racing boats.  One of the most interesting bits in the show was the heavy sprinkling of Fiberglass creations.

These cars came in all shapes, sizes and for any purpose from tooling around town to flat-out competition.  Fiberglass is such that it can be used in backyard construction or in production and the cars proved it.  They were all sorts, from one-of-a-kind to the Chevrolet Corvette.

Nor was the show confined just to cars.  There were aisles full of exhibits showing accessories and the latest kinds of machining equipment.  It could be truthfully said that if it weren’t for the close cooperation among all concerned, such a show as Motorama could never be held. 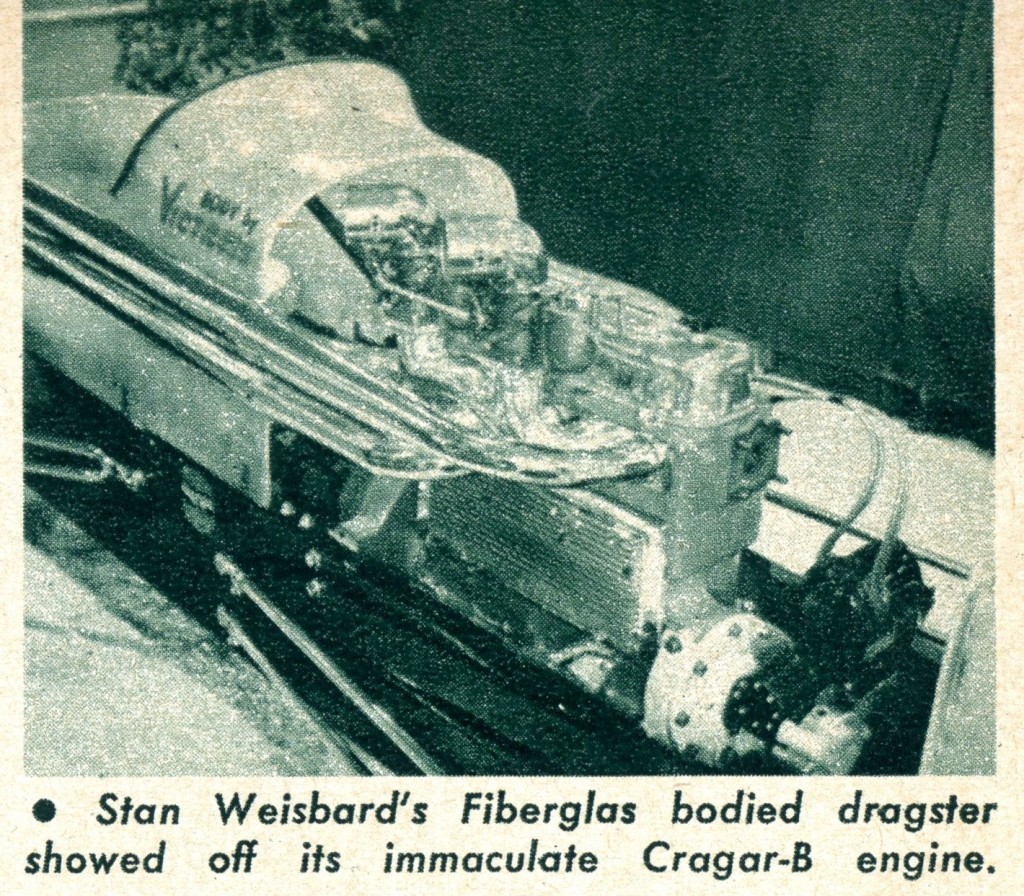 The Body For This Roadster Was Custom-Built By Victress – You Can Make Out The “Victress” Lettering on the Passenger Side Cowl.

It was as much a spectacle of friendly interdependence of commerce and the backyard, of amateur and professional as it was a showcase of the nation’s most spectacular automobiles.  Above all else, Motorama was living proof that the automobile is never perfect.  Each year new improvements have been added to the equipment seen, each year the cars get “better” if such a word can be used in describing automobiles that have been tailored to individual taste.

Perhaps Motorama is, in the last analysis, like all other shows, a show of people as well as the cars they built.  And perhaps, too, of the people who came to admire others’ handiwork; without the enthusiast there would have been no Motorama.  There would not have been any cars to put on display. 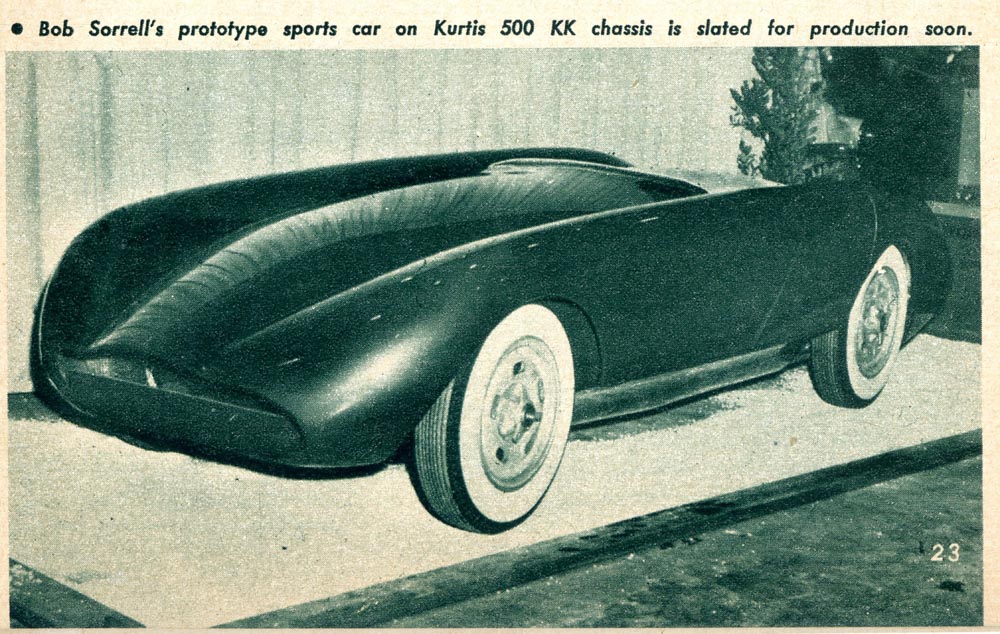 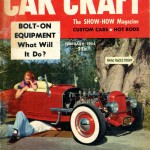 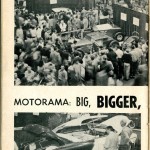 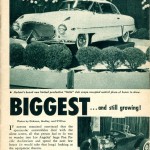 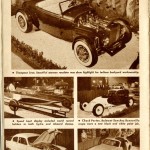 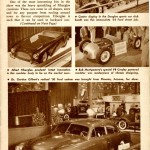 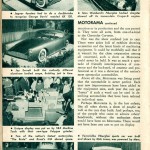 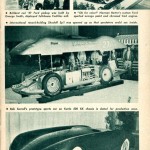 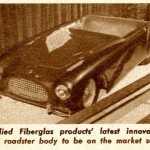 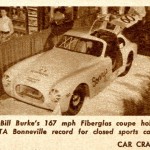 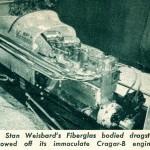 The Body For This Roadster Was Custom-Built By Victress – You Can Make Out The “Victress” Lettering on the Passenger Side Cowl. 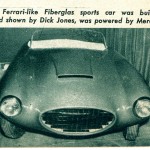 The Meteor SR-1 Debuted at the ’53 Petersen Motorama with Jim Byers and Dick Jones in Attendance. 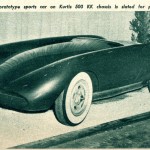 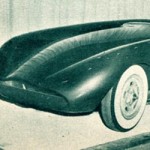