Back in April, 2013 I heard for the first time from Mike Akens of Grand Junction, Colorado.  Mike contacted me because he had just located a vintage Victress S1 roadster and was beginning restoration.  What great news!

As Mike shared the story with me and his thoughts on the car, it became apparent that the car most likely had been started but not finished back in the day – not an uncommon tale. It was also possible that the car had been finished on a different chassis first – and then removed to be placed on a new chassis.  Research continues.

Here’s what Mike had to share with me about his car:

I am sending you some pictures of my Victress S1 roadster and the progress on my project. I will first recap my find and how I got to this point. While on a golf trip to Vernal, Utah a small oil field town in NE Utah, I noticed a car on a trailer for sale beside the highway. 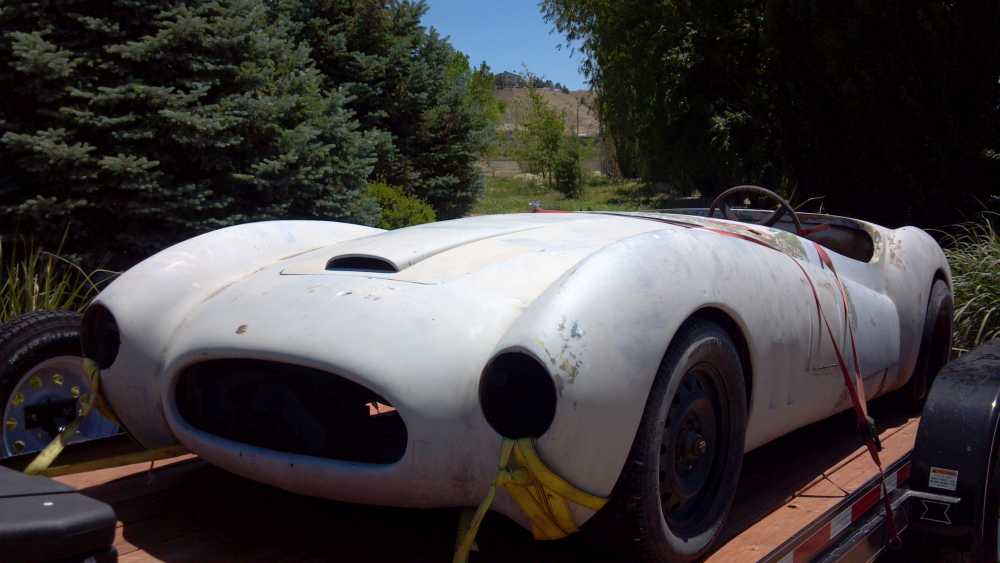 At first glance it looked like an unfinished or very beat Cobra kit car. I stopped and looked and took a cell picture of the for sale sign and didn’t look at it again for a few weeks. 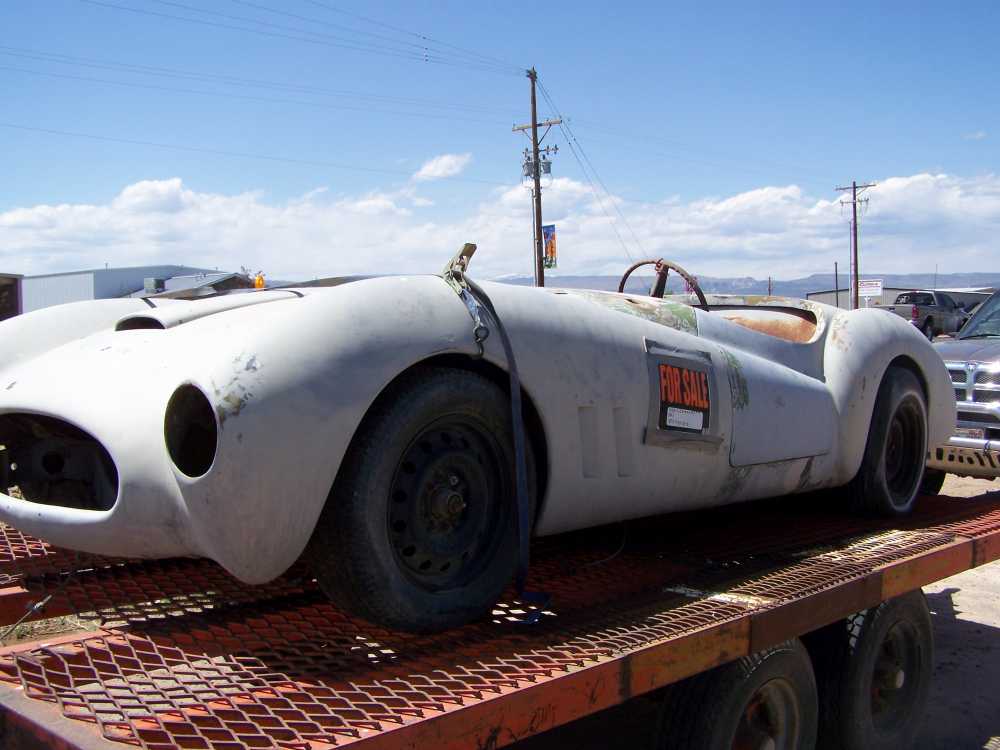 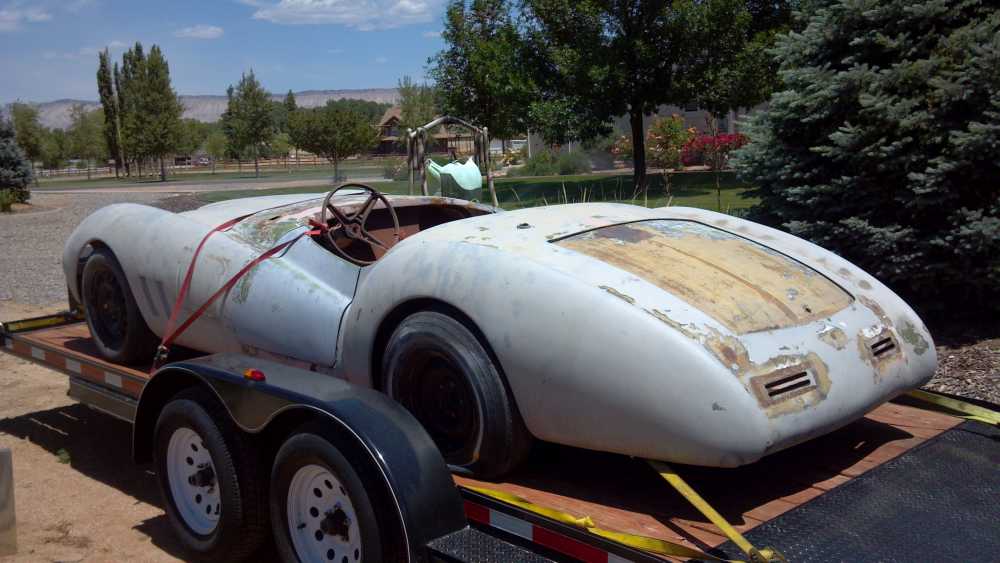 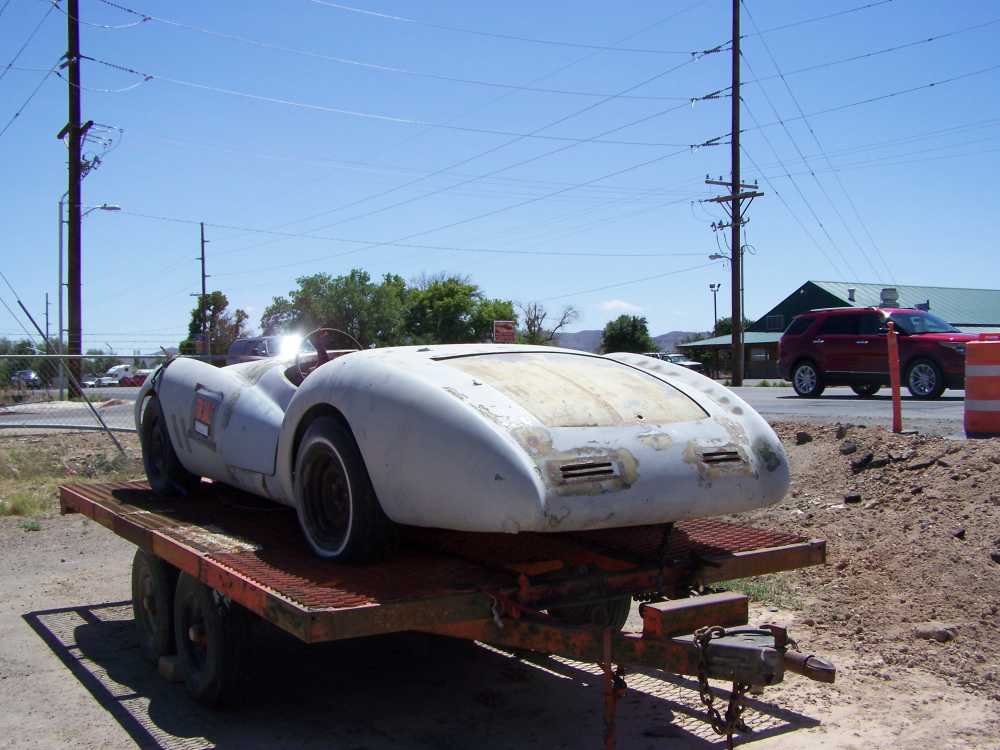 When I searched google for a Victress I soon found the Forgotten Fiberglass website and a treasure trove of information. Having been recently retired and looking for a new project after finishing my factory five cobra I called the owner and made a deal.

After inspecting the frame and plate steel interior panels I decided such a cool body should have real modern sports car frame and drive train. After a lot of research I could not find a suitable factory base to start from so I began to construct my own frame and “borrow” some ideas from my Factory Five Cobra 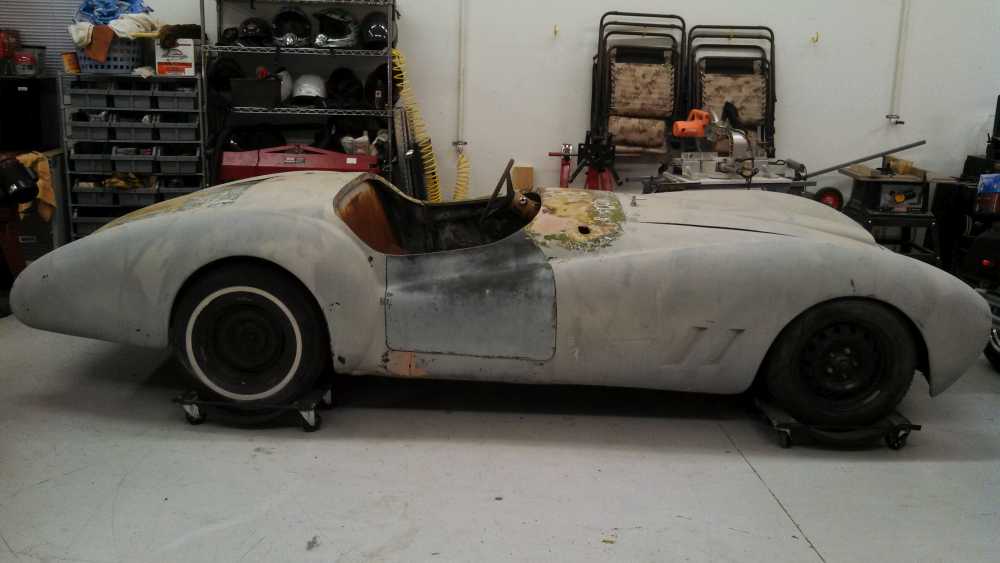 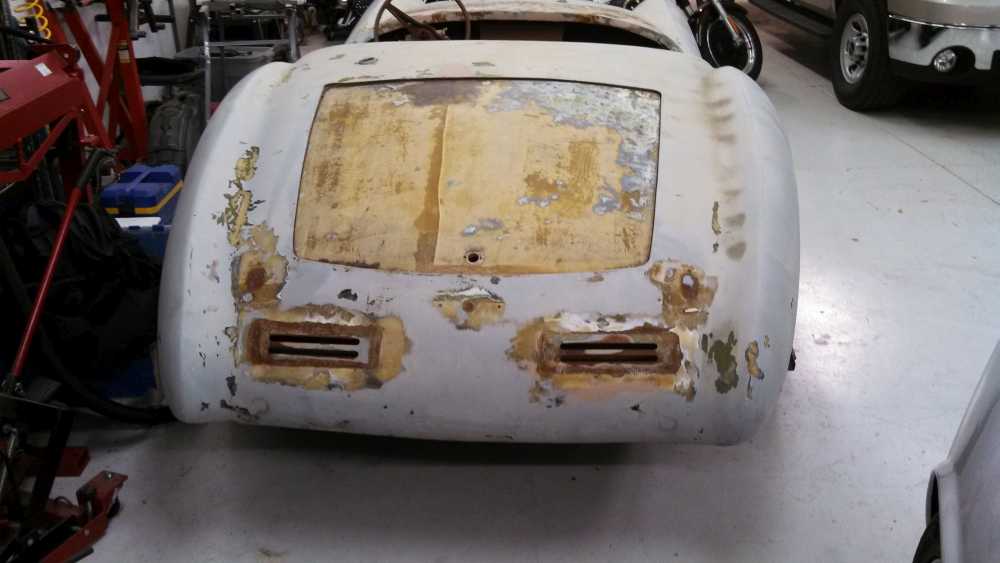 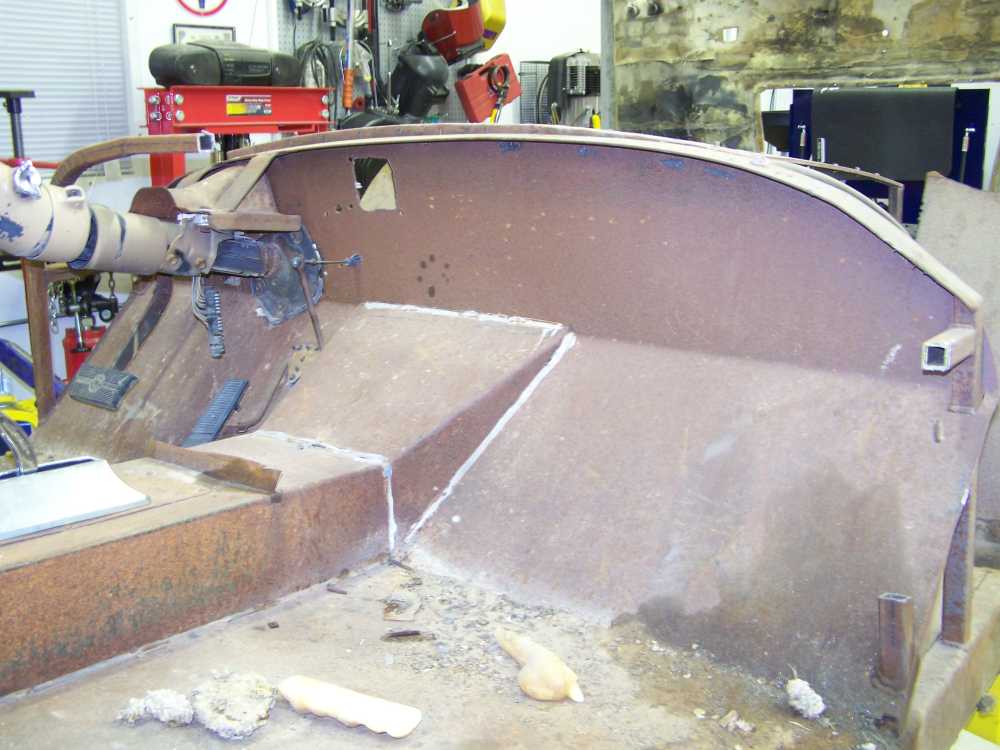 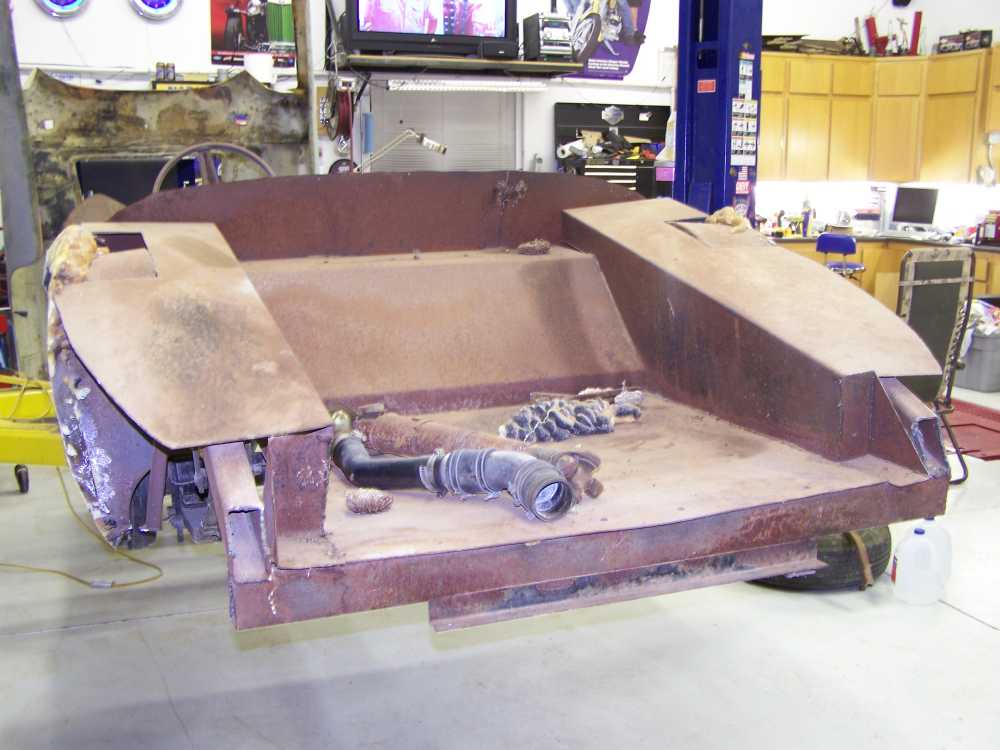 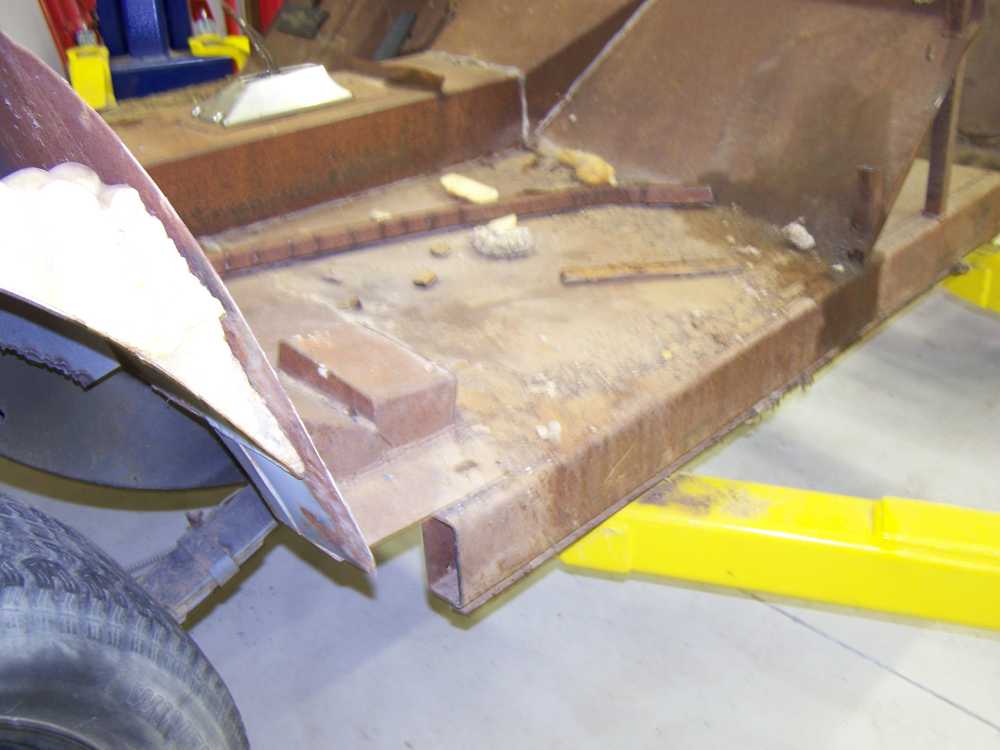 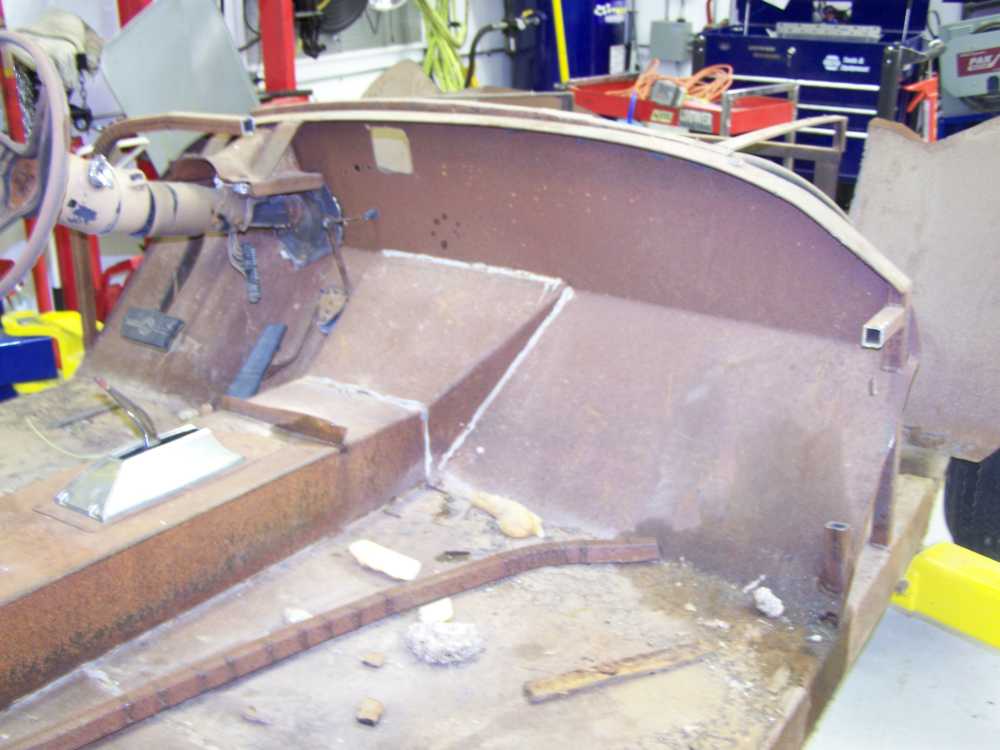 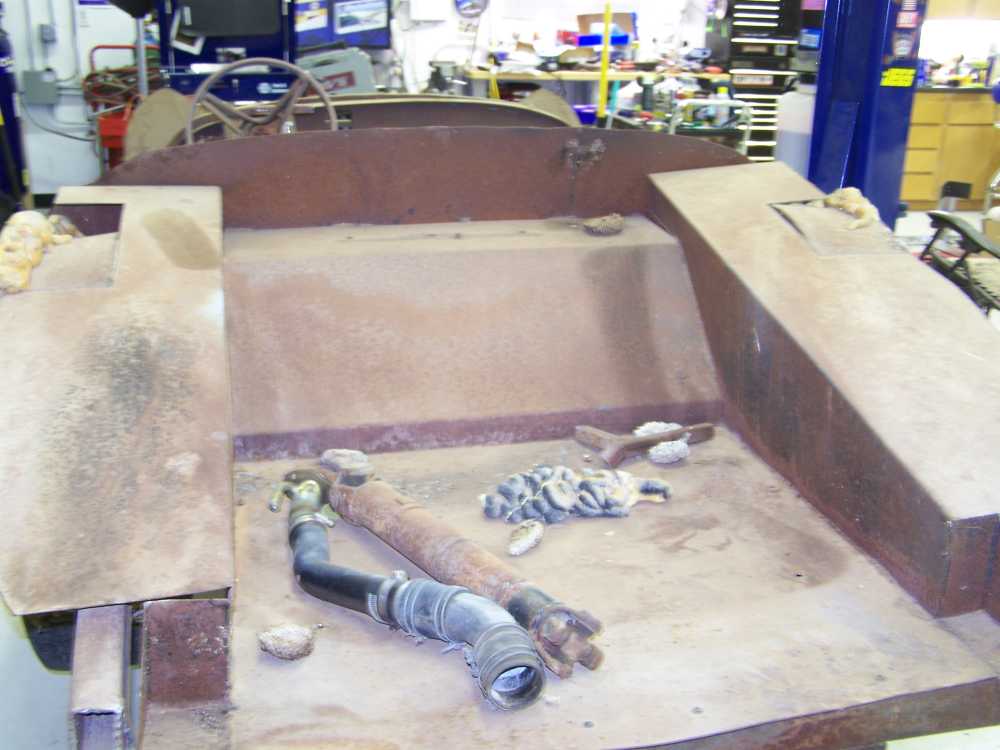 I’m now ready to mount the engine to my frame and finish the interior panels. The IRS is based on a Thunderbird Supercoupe differential and I have acquired a Ford racing 5.0 Coyote engine package with the Tremec Cobra R 5 speed trans. The engine is all aluminum and makes 412 horsepower with 390 ft lbs of torque. 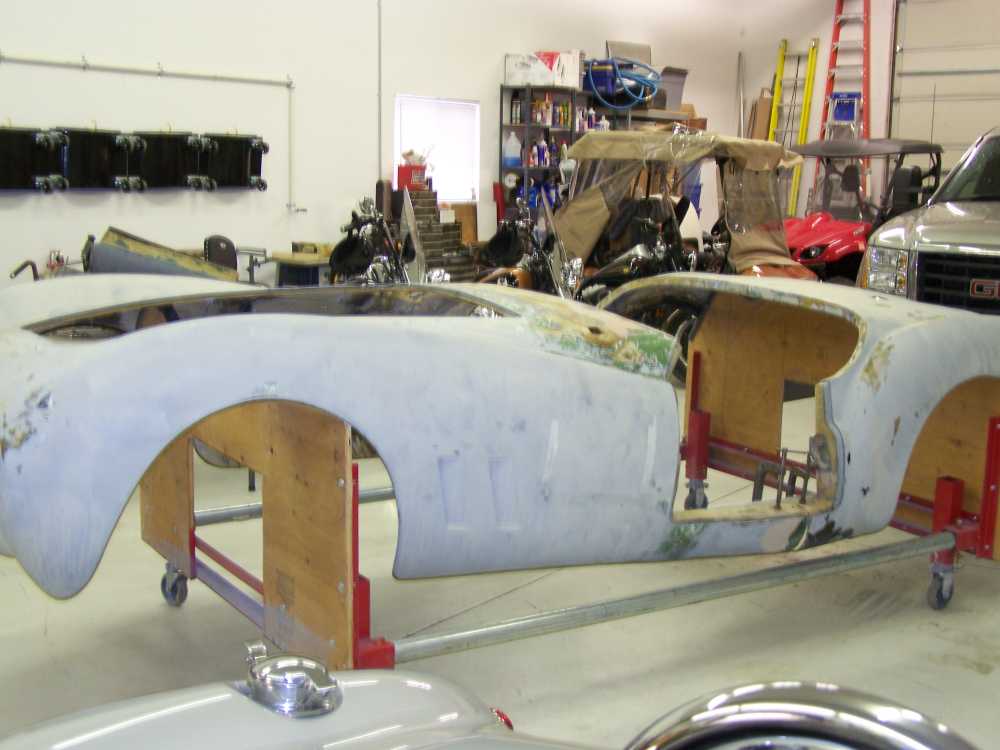 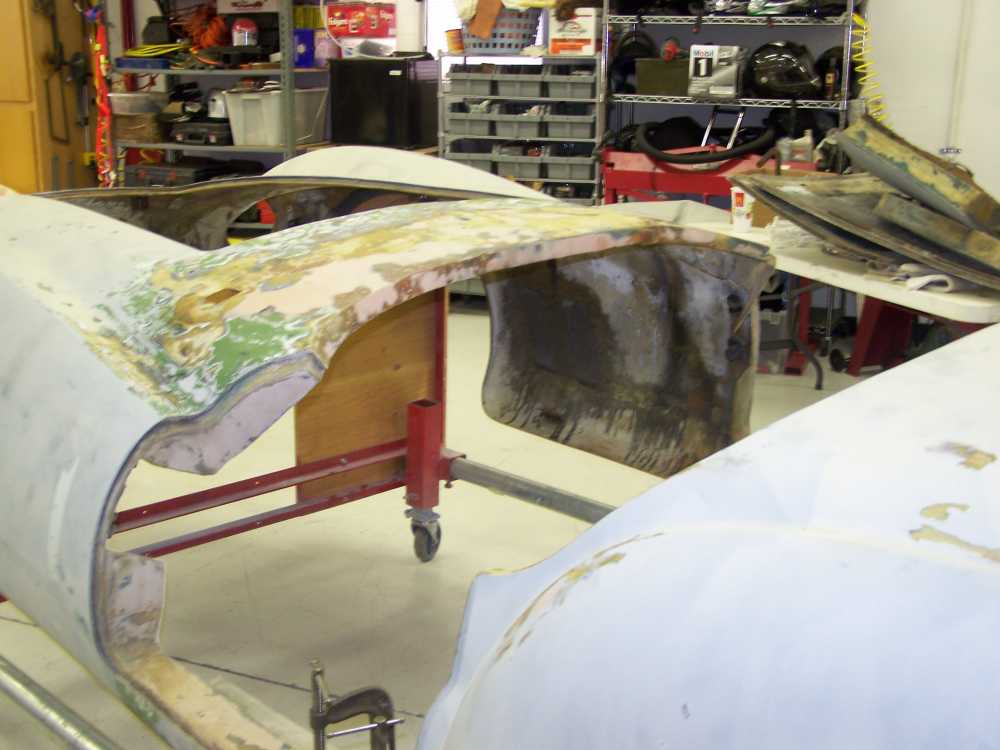 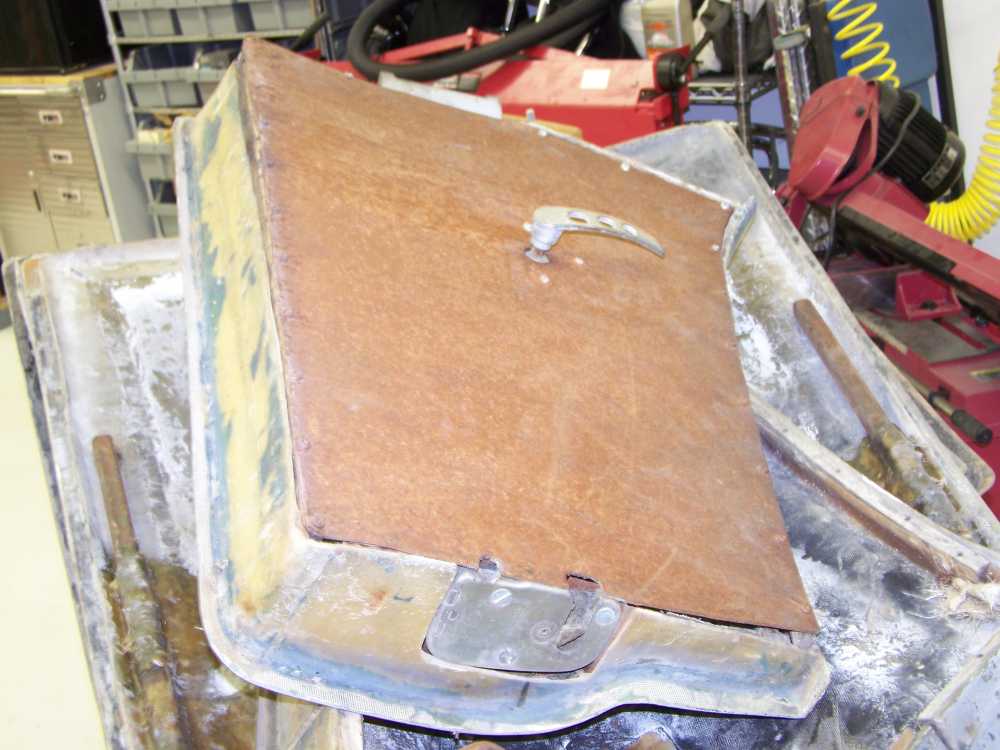 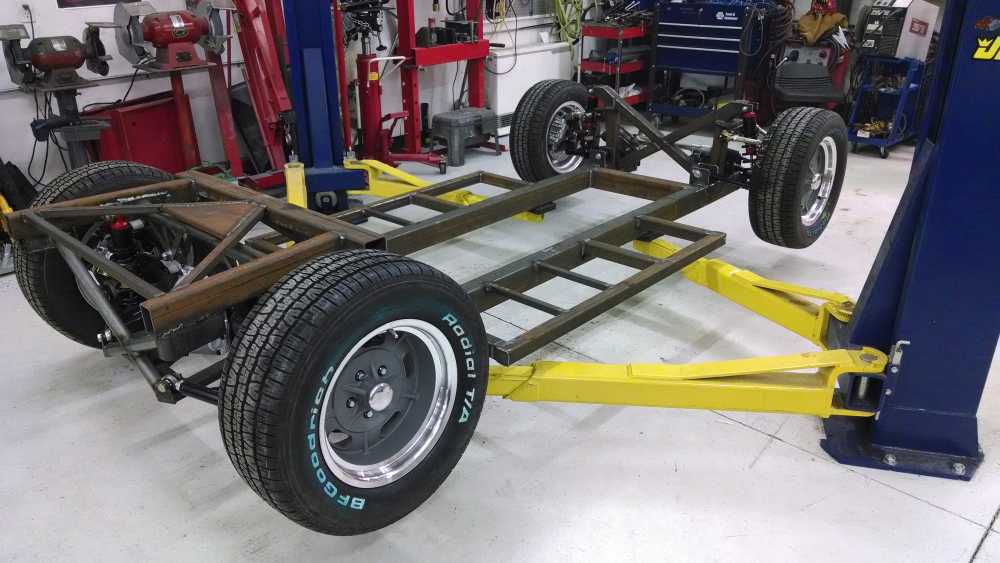 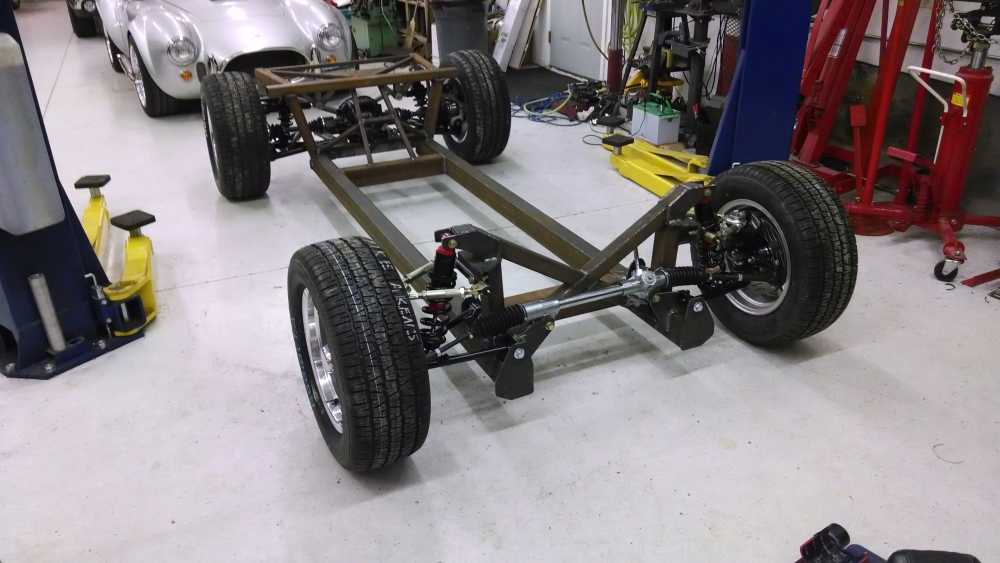 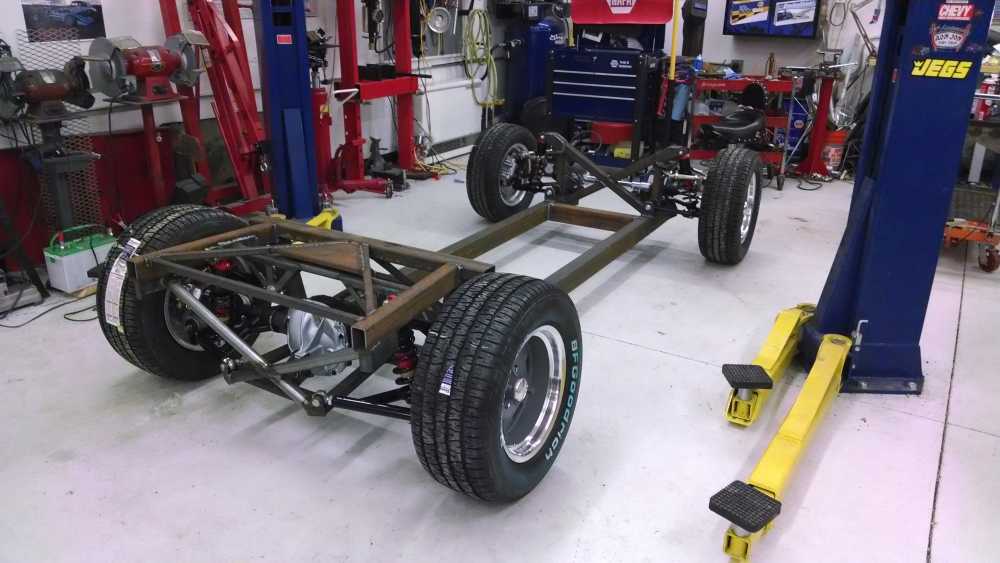 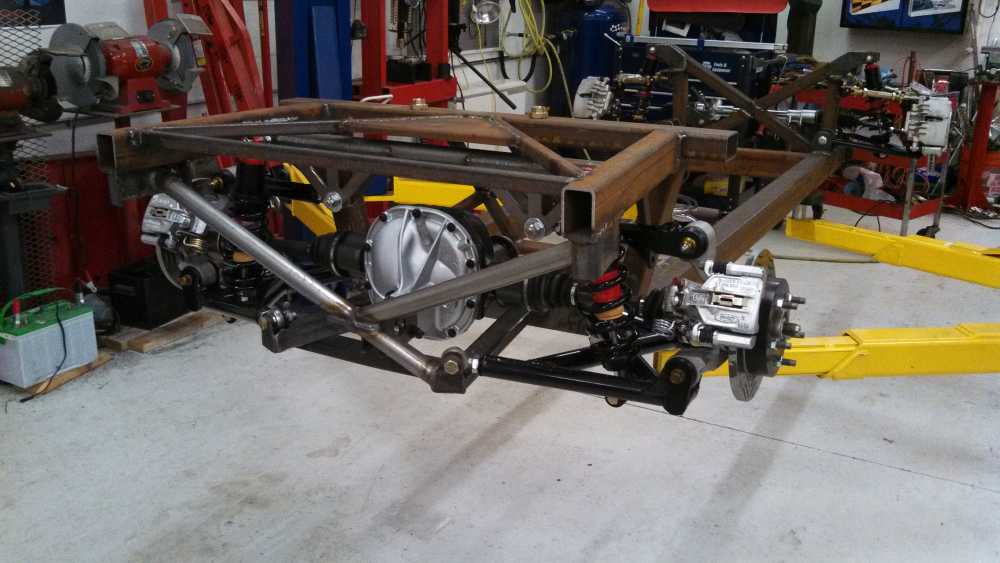 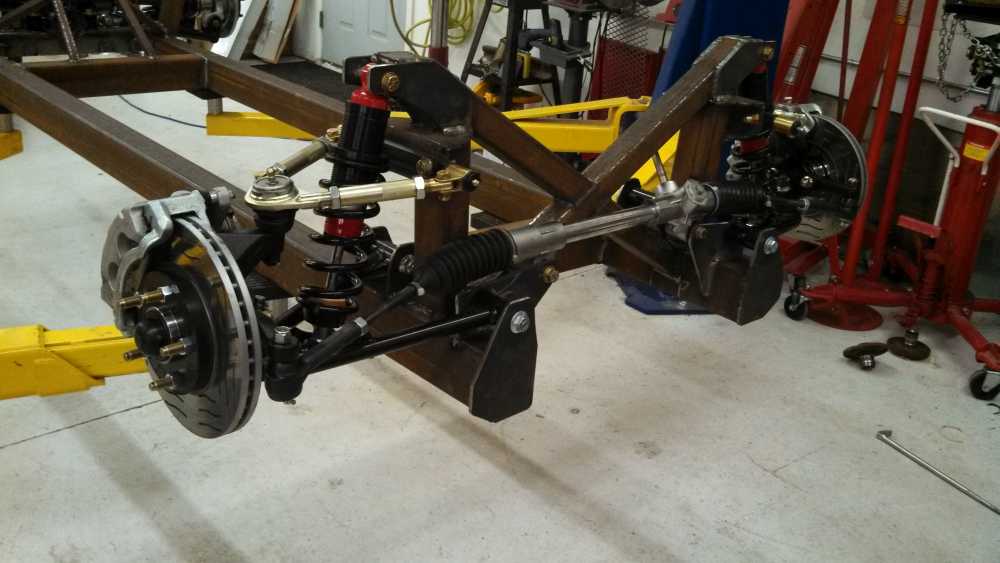 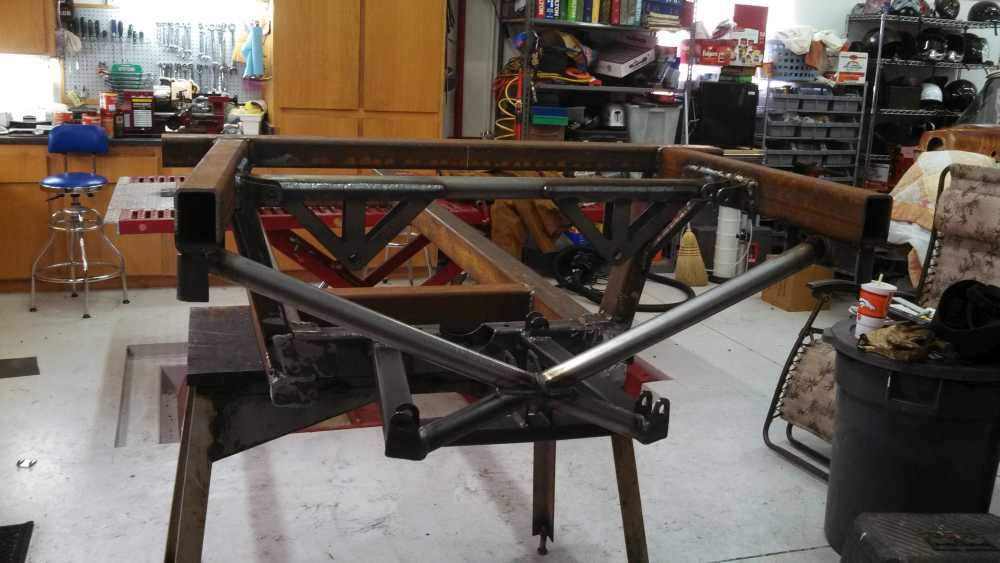 With the modern fuel injection it should be a hoot to drive. I purchased the recast windscreen posts from you (Geoff) and my goal is 1953 Victress on the exterior and 2012 Mustang power under the hood.

The body has some distinctive “gills” added to the front which may give a clue to some of its history. The only thing I was told is that it came from Craig, Colorado and was from a previous owner alleged to have another Victress but I have found nothing but dead ends in my efforts to track its history.

As I mentioned in our phone conversation the frame I disposed of showed no signs of ever being completed but the body may have been on a previous chassis. Most of the body mount straps are intact and the original door hinges and hood hinges are good. The trunk hinges appear home built and the trunk lid has no gelcoat. It will take a couple of emails to send the pictures. 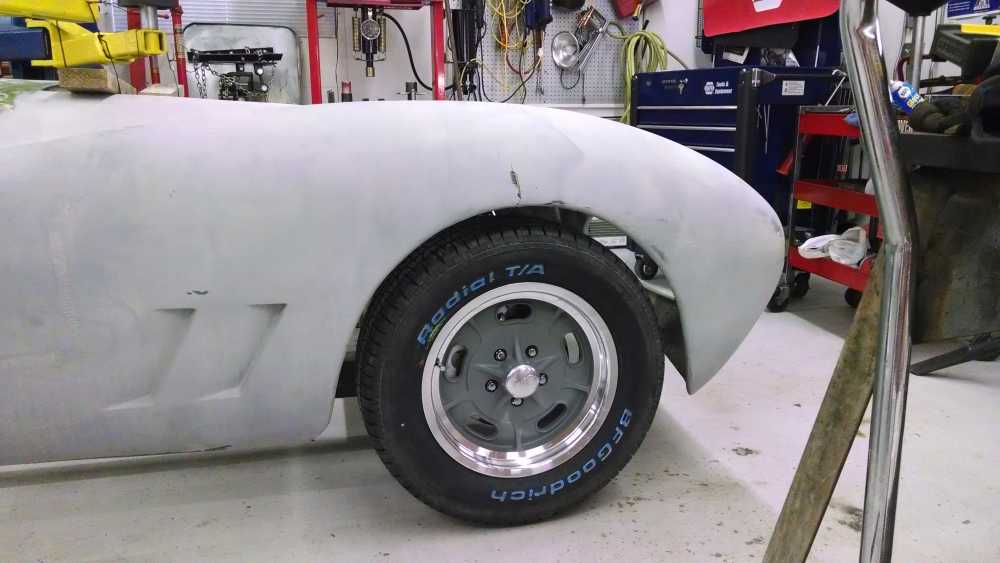 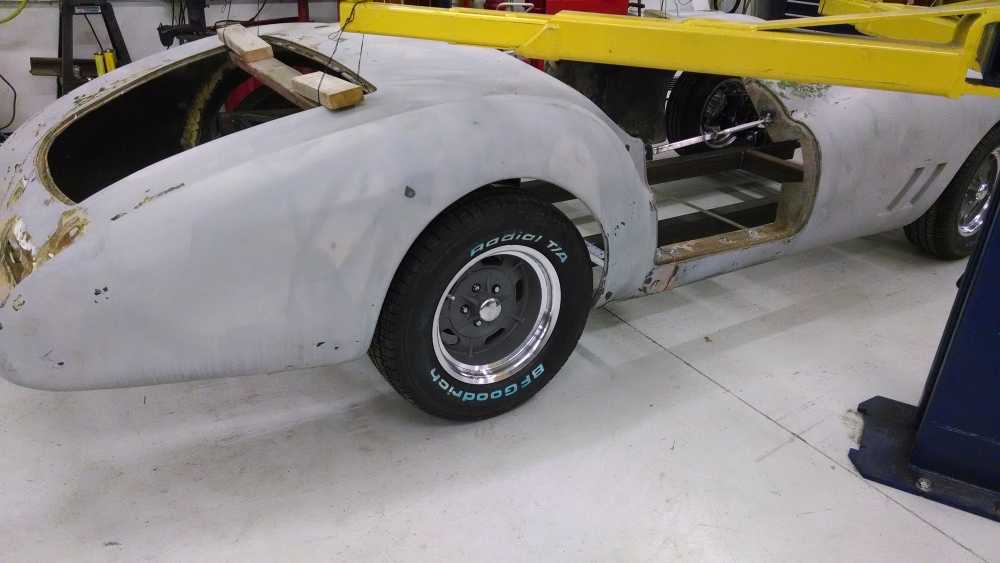 I checked my vintage photos for cars with the types of “gills” Mike mentioned but so far I’ve not found a match to his car.  I’ll keep looking.

And I look forward to this being one of the first Victress sports cars in the Colorado area that will be restored.  Restored Victresses are now found in most parts of the country, and that’s a great thing for all of us.  More is better 🙂

I look forward to hearing more from Mike Akens in the coming months and keeping all of us posted on his restoration – here at Forgotten Fiberglass.