You just can’t stop an entrepreneur and his passion for success.

Woody Woodill was on a mission.  After several years of success as an innovator and business man in the sports car and sports car kit business, he was on the prowl again – this time putting forth a new design and the concept of finished cars.

Let’s see what this press release had to say back in early ’56 from the Woodill Fiber Glass Corporation. 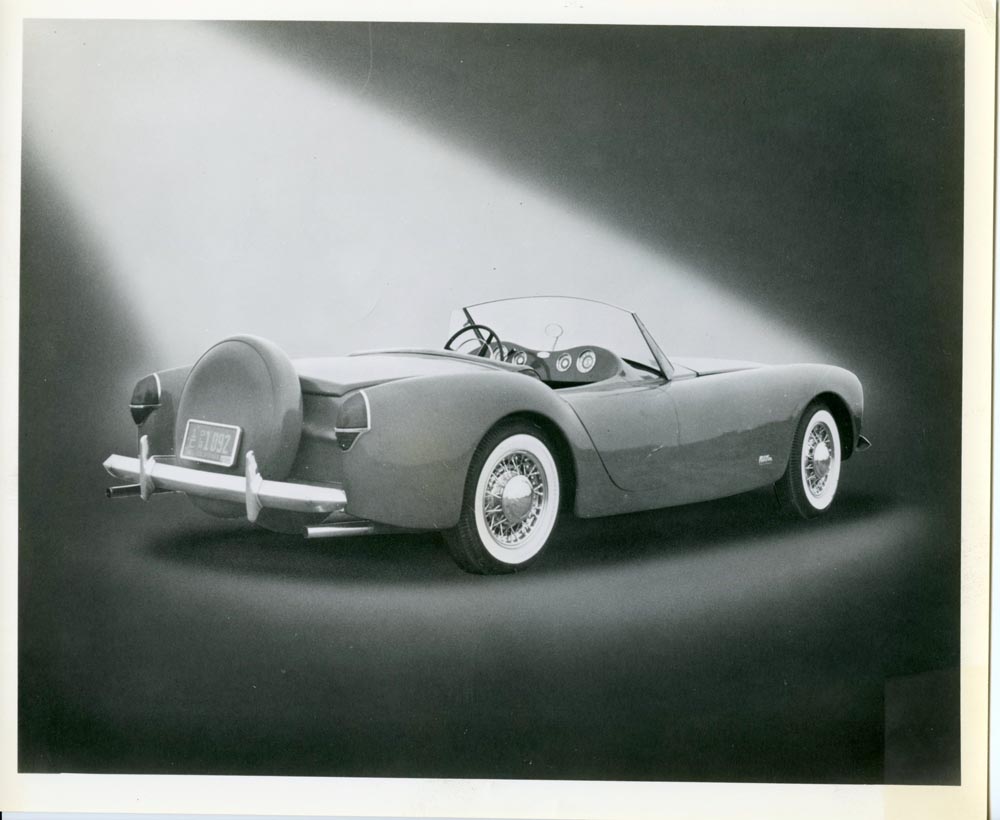 In addition to the body kits which have been on the automobile enthusiast market since the early part of 1952, the Woodill firm now is producing two models of completed cars, hand finished by automotive craftsmen who are outstanding specialists in the sports car field.

The young firm is creating a wide reputation for quality workmanship of their limited-production, custom-made sports cars.   The 1956 Wildfire is offered in two models – the sleek low-slung two-passenger roadster and the all new hardtop coupe. 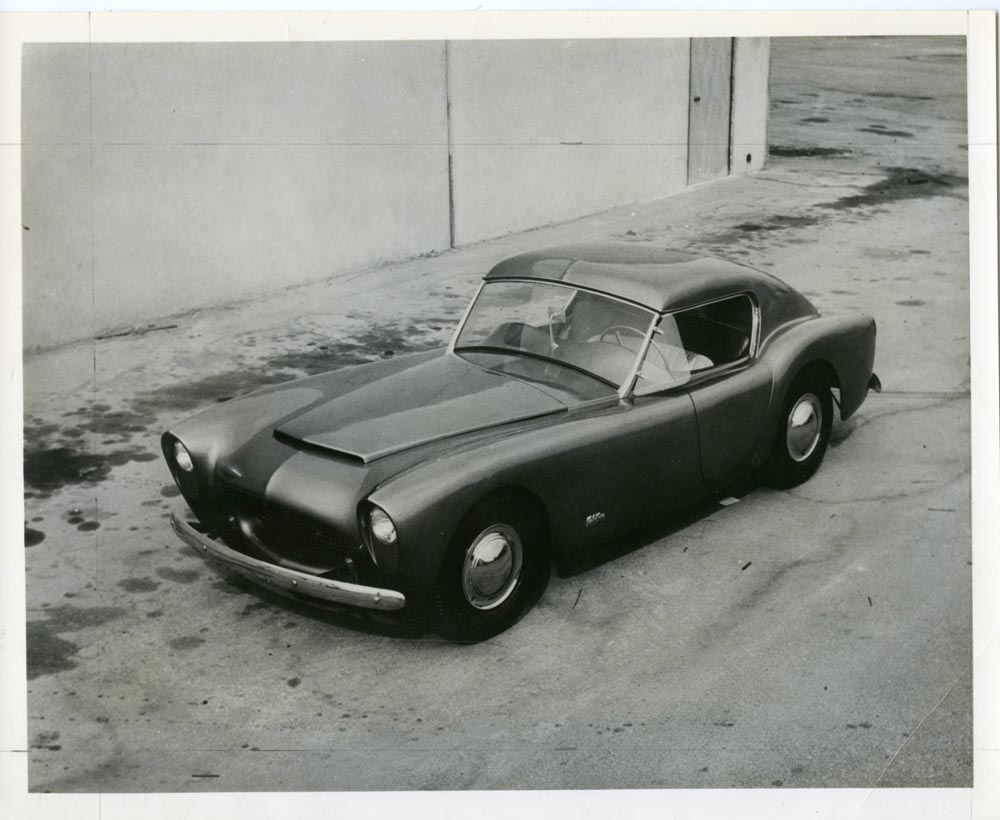 Both models will be equipped with one of the most powerful engines built in the world today, a 1956 Cadillac Eldorado powerplant which produces 305 horsepower at 4700 rpm.  The 365 cubic inch displacement V8 engine has a compression ratio of 9.75 to 1.  It comes equipped with dual four-barrel carburetors and dual exhausts.

This powerhouse gives the lightweight fiberglass Wildfire a horsepower-per-pound weight ratio of 8.5 to 1, making it one of the most powerful sports cars in production today.

Both Wildfire models have undergone some design change in their fiberglass bodies, but they have retained the elegant, flowing lines of their predecessors.  The roadster is equipped with an exterior-mounted continental spare tire, and an ample luggage compartment is provided in the short rear deck. 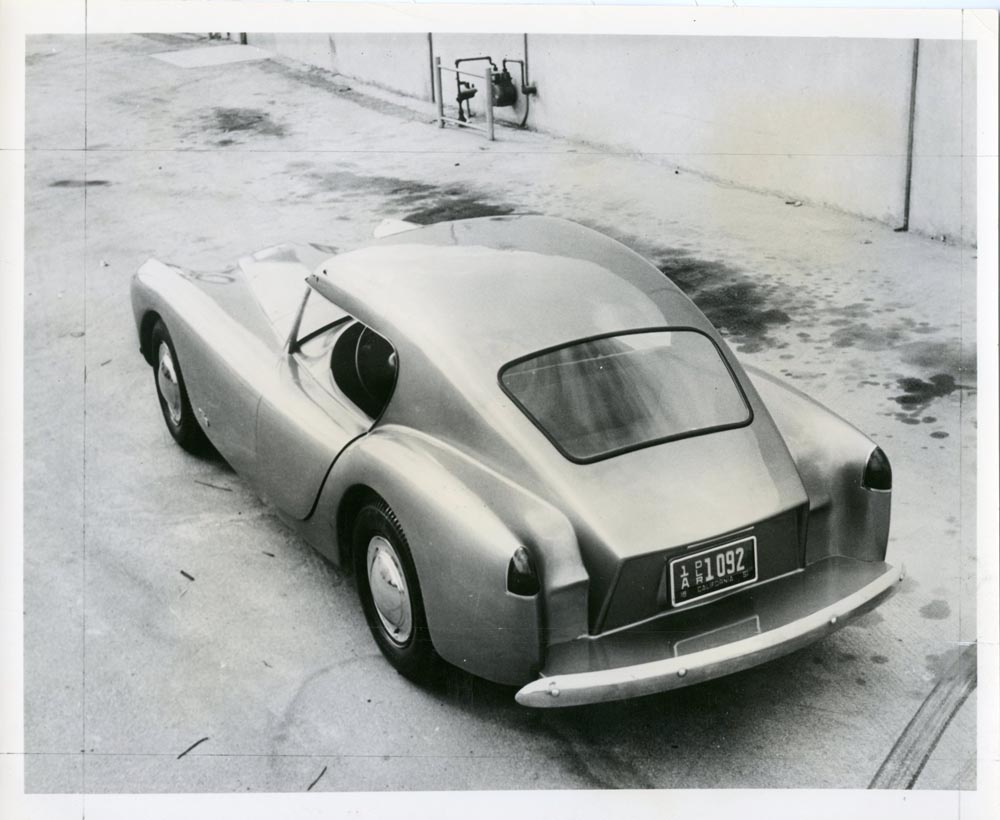 The coupe’s luggage area is within the streamlined body behind the bucket-type seats.  Both have luxurious interiors but functional.  The doors have large built-in pockets for maps, tools, and miscellaneous items.

Both cars use a specifically designed frame noted for its rigidity.  It is designed to put 50 percent of the weight on the rear wheels, giving the car excellent cornering and handling characteristics for speed with safety, as is the case in any true sports car. 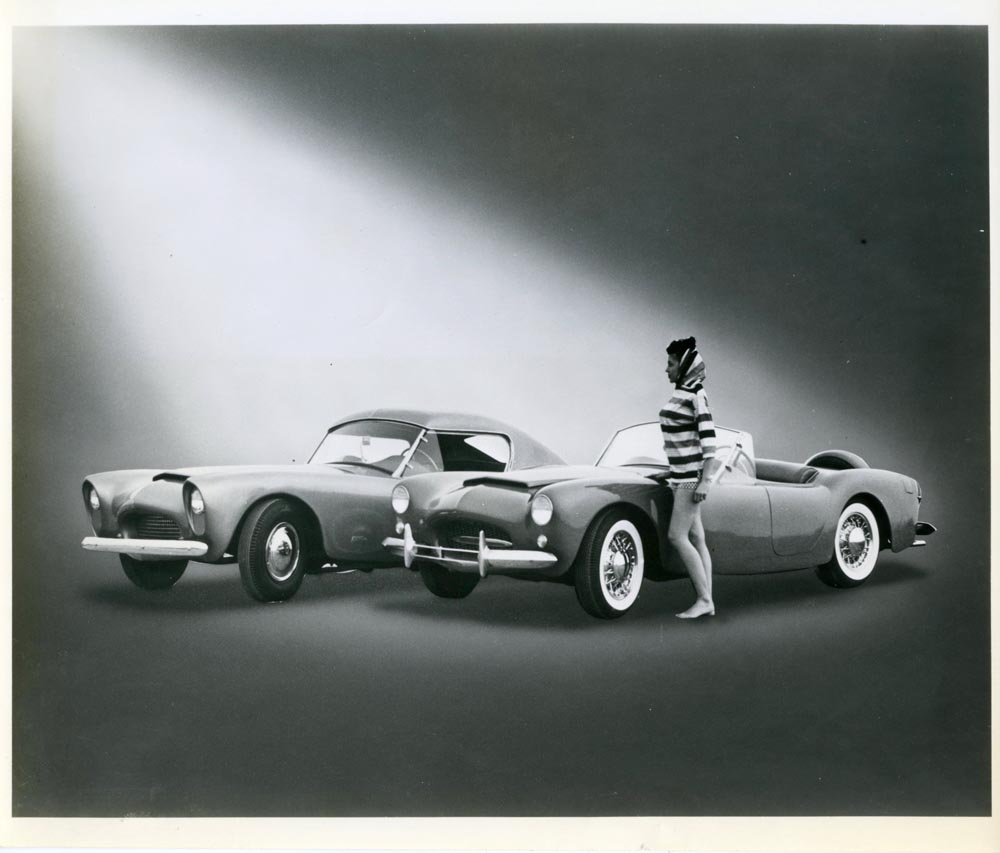 Woodill was poised for reinvigorating his car company with a new model in ’56, and by offering completed cars as well as sports car body kits.   It’s interesting because styling had changed considerably from ’53 to ’56.  The newest model here – a coupe – was very nice, but based closely on the original design for ’53.  The only change I see on the roadster was newer Willys taillights.

One minor correction to the press release – body kits were available as of the late summer of ’53 – not early ’51.  The initial modified Glasspar body used by the first few Woodill Wildfire Sports Cars debuted at the Petersen Motorama in November ‘52.  Just a minor correction needed.

As far as we know, there were no completed cars sold in ’56, and both the coupe and the roadster shown in the photos in this story were never seen again.

Hint, hint, hint…these would be great cars to go out and find gang 🙂 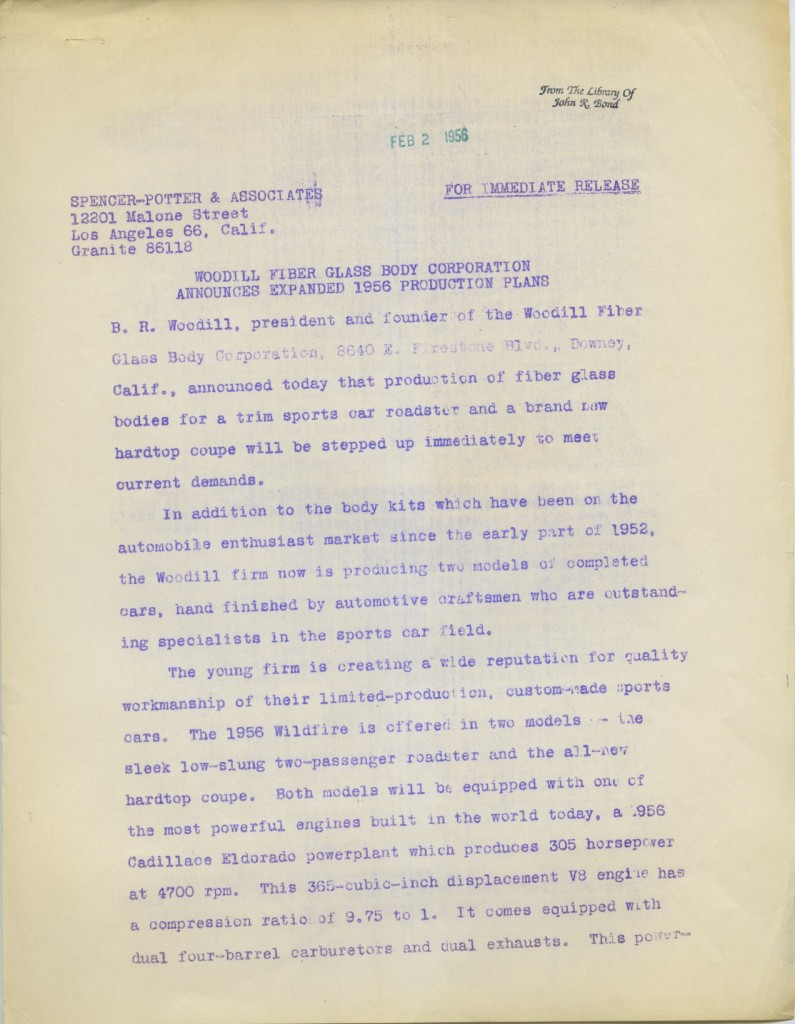 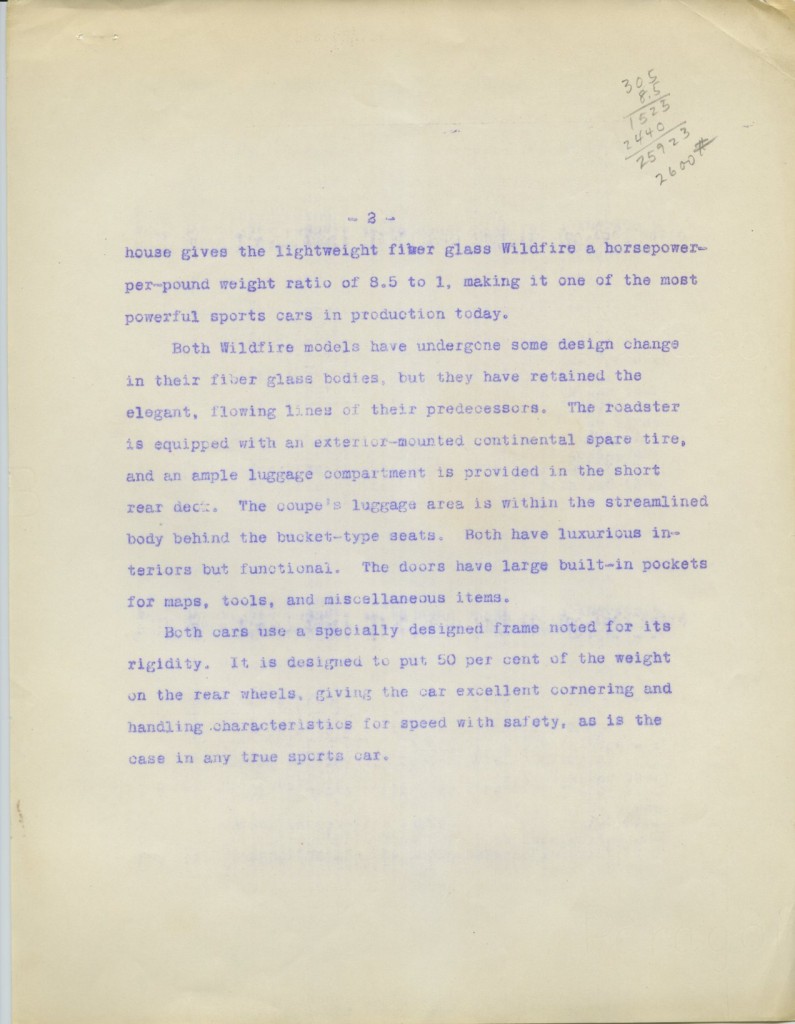