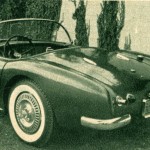 The Rear Styling of the Byers SR-100 Was Greatly Different From The Meteor SR-100, And Had It’s Own Sense of Elegance Too.

First….a “welcome home” to fiberglass friend Guy Dirkin who just returned from Europe last evening.  Great to have you back on safe American soil.  Guy…..today’s story is for you (Guy’s a Byers SR100 owner..).

What’s the highest honor you could receive debuting a fiberglass sports car in the 1950’s?

No debate here for me gang.  How ‘bout the front cover of one of the most famous automobile magazines of its day – and beyond?  John Bond’s Road and Track Magazine.

That’s what happened time and again in the 1950’s and it happened here again in February 1957 when John Bond, owner and editor of Road and Track magazine, chose Jim Byers’ SR100 for the front cover of his magazine.

This wasn’t a rare achievement for fiberglass sports car companies of the day.  Rick D’Louhy and I have collected over 100 magazine covers – just from the 1950’s – where our favorite fiberglass sports cars appeared on the cover.  This excludes Corvette and you can check out a small portion of these fiberglass “cover cars” in our new section dedicated to this specific topic.  Click on the relevant link below:

So…without delay, let’s check out what John Bond had to say about one of the most coveted fiberglass sports cars of its day – a car in which John Bond asked the question in 1957 – “Is This the World’s Most Beautiful Sports Car?” 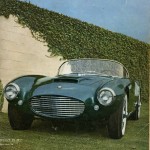 Inside Road And Track, John Bond Commented: “Introduced Under The Sign of Aquarius, Our February Cover Car Does Carry Water, But More Importantly It Carries A Sports Car Body Which We Think Is Second To None In Sheer Beauty. Color Photo By Ralph Poole.”

With a little of Bertone, Farina, Vignale, and even Touring in this car, it may come as a surprise to our readers to learn that the design and execution is all-American, and in fiberglass.

Jim Byers of 118 Sheldon, El Segundo, California has had considerable experience in working with the new “wonder-material,” fiberglass.  Accordingly, when he decided to go into limited production of a sports car body, he felt that only this material could offer the selling price which most of his potential market could afford.

Furthermore, he realized that the styling had to be not just good but virtually irresistible.  Most people who build their own sports cars know good styling when they see it, and they appreciate the good  taste of simple Italian design which never needs flamboyant shapes or unnecessary ornamentation for a good effect (or “impact,” as the stylist would say).

The first body was sold to a doctor who proceeded to have a special chassis designed and built which would be truly worthy of such an exterior.  Since a chassis design begins with the suspension system, the use of a high front roll center and a low rear roll center, was established as a starting point.

In front, a straight tubular axle beam is used with leading parallel arms on each side.  The lower arms are rubber-bushed and ¼ elliptic leaf springs act as the upper members.  This arrangement is, of course, identical to the old classic H.R.G. system, but fortunately, softened considerably.

The design not only gives a high roll center but also tends to “bind” somewhat when the car rolls, thus giving a very low roll angle when cornering.  Also, the non-independent front suspension will tolerate a frame with less than ½ the torsional rigidity normally required.  Nevertheless, the frame is tubular and quite rigid. 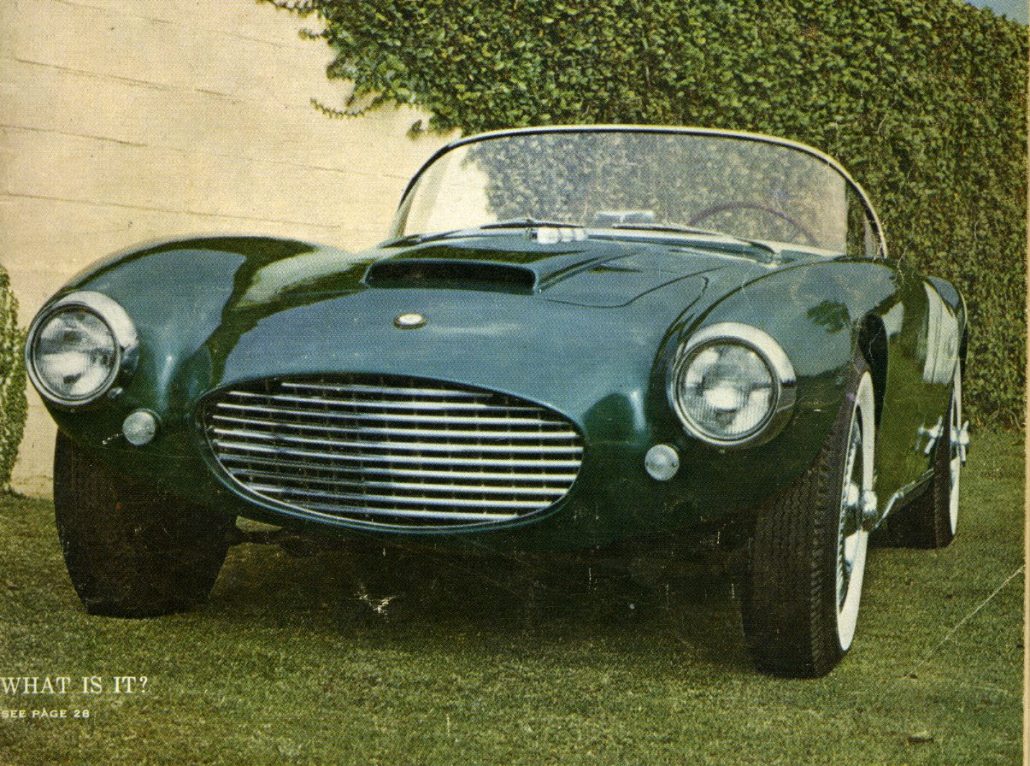 At the rear, any independent system with parallel wheel action will put the roll center on the ground.  In this case, an Invicta design (the Black Prince) that never went into production was used, carrying each wheel on a bracket which in turn slides on a pair of stationary tubular pillars.  A few “bugs” have appeared here, namely a tendency to stickiness, but this is being dealt with, and the overall concept is basically sound.

The price of the fiberglass shell is given at $495, and it requires a wheelbase of 100 inches (plus or minus 1 inch) with a tread no greater than 56 inches.  Truly a beautiful body and one for which we predict a great future.

For inquiring minds…..some additional detail for you.  The Byers SR100 debuted in 1956 and was sold by Jim Byers thru the early 1960’s.  Kellison continued offering the body thru the early 1970’s using a chopper gun technique for production rather than the hand-laid fiberglass technique used by Jim Byers and his shop foreman Frank Tift.  Kellison made a few changes to the body (all useful) – more about that in a future story.  We estimate 25-50 Byers and Kellison SR-100 fiberglass bodies were made and just a handful have survived.

So… the article highlights John Bond’s fascination and respect both for the designer of the body and the build of the car.  But… whose car was this?  Who built it?  What were they trying to accomplish?  And…. where is this car today?

The answers to these questions and more in a future story here on Forgotten Fiberglass.

Inside Road And Track, John Bond Commented: “Introduced Under The Sign of Aquarius, Our February Cover Car Does Carry Water, But More Importantly It Carries A Sports Car Body Which We Think Is Second To None In Sheer Beauty. Color Photo By Ralph Poole.” 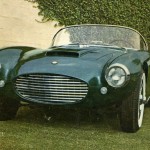 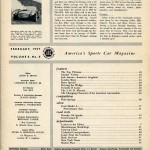 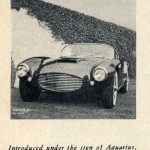 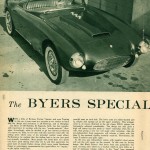 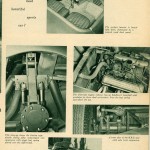 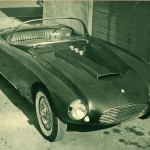 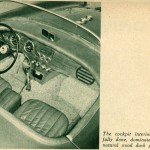 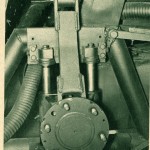 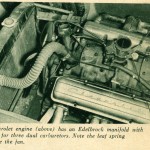 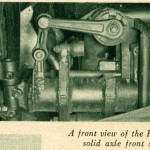 The Rear Styling of the Byers SR-100 Was Greatly Different From The Meteor SR-100, And Had It’s Own Sense of Elegance Too. 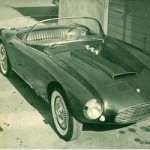