Europe was doing this again and again too. New bodies on old chassis.  Like the sports car offered today in Hemmings Motor News.  But to understand what’s being offered, we have to understand how and why it was built.  Let’s dive in. 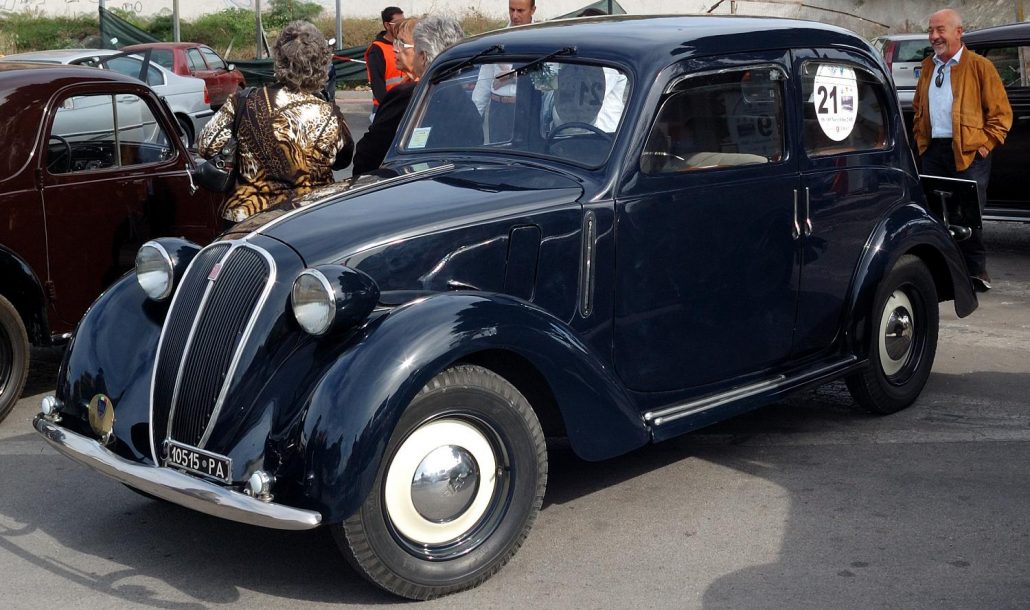 I can see why this car may have been chosen as the donor – independent front suspension and a larger engine than the same car model just one year earlier.  A critical performance handling enhancement when compared to a straight axle.  More power’s not bad either – even if it’s a tiny Fiat engine.

And we were making this same choice here in America.  In 1949 Ford came out with a new chassis for the “Shoebox” Ford.  It, too, had independent front suspension when compared to it’s earlier predecessors, and cars that were being built in America quickly changed to the new Ford chassis if it was affordably available.  And the 1949 Ford flathead engine was a bit bigger too 🙂  Lots of parallels here between handbuilt sports cars in America and Europe.

So the stage is set – the similarities between America and Europe concerning this sports car and other handcrafted sports cars being built across Europe.  Let’s review the sports car being offered in Hemmings: 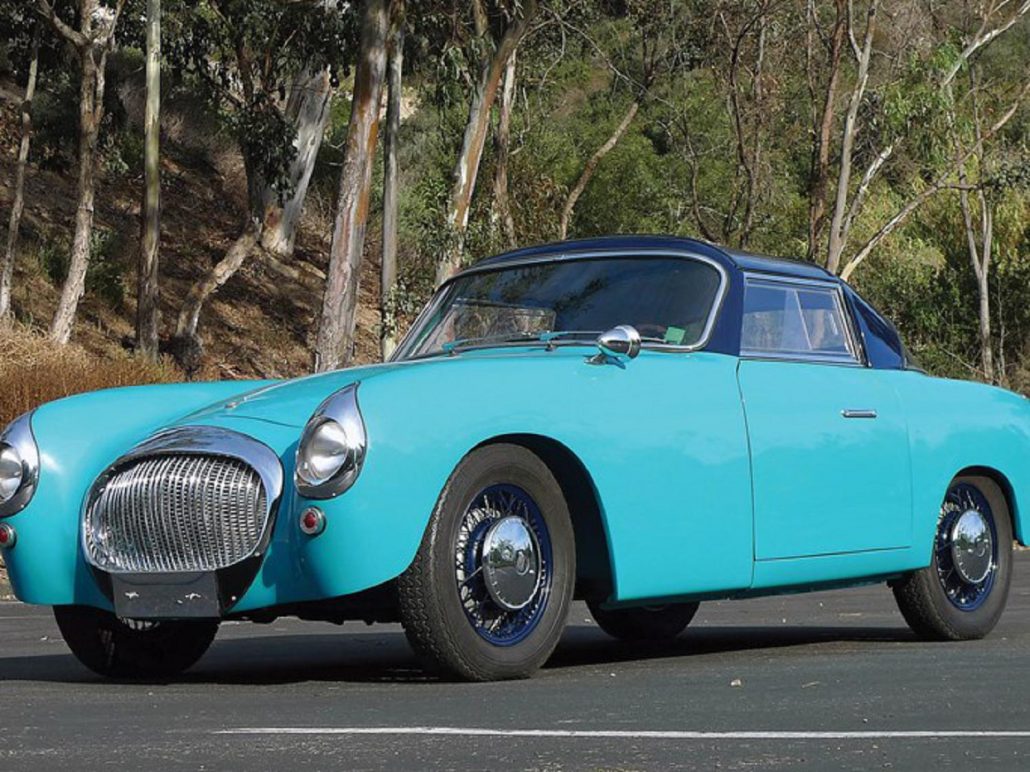 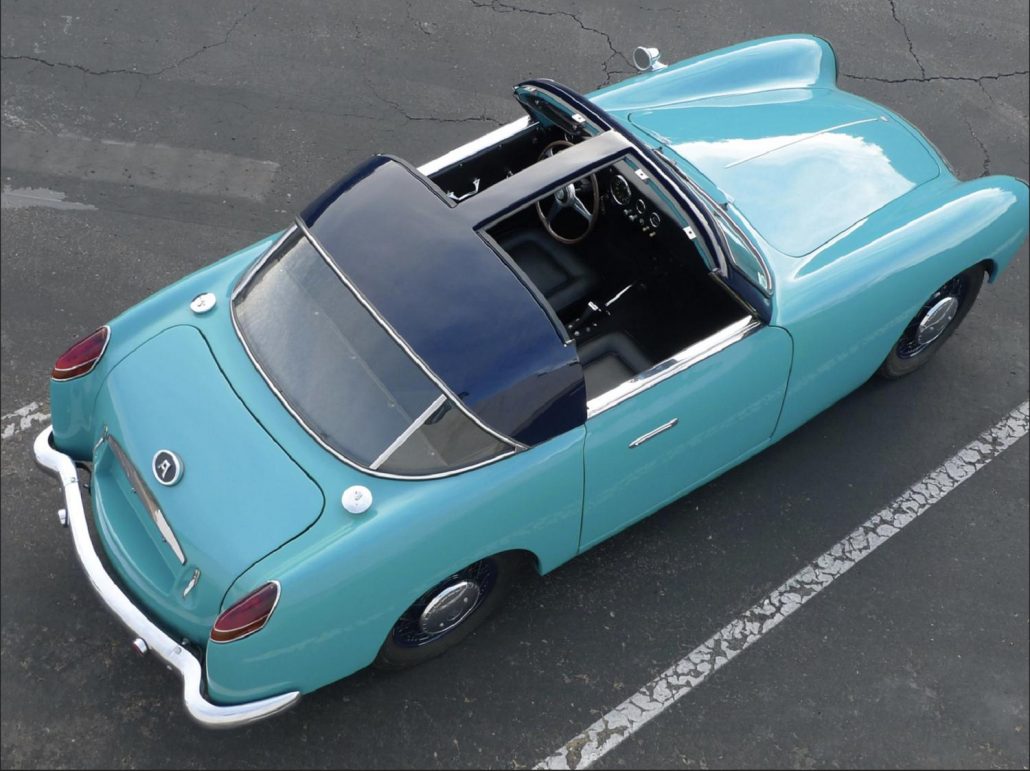 Fiat’s 508C, or Balilla 1100, produced from 1937 to 1938, was such an extremely successful model that a few still remain on the road some 75 years later. Many found themselves reborn after World War II as “Competition Specials,” shedding their pedestrian factory bodywork in favor of more dramatic panels. The car offered here is one such machine, with a unique and interesting story unlike any other.

Assembled early in 1938 as a standard four-door sedan, this 508C was sold new in Austria and survived the war in good condition. Incredibly, the original owner’s manual, all of its original post-war registration, and ownership records also survived, along with numerous period photographs, sales brochures, and other documents and records; all of which still accompany the car. 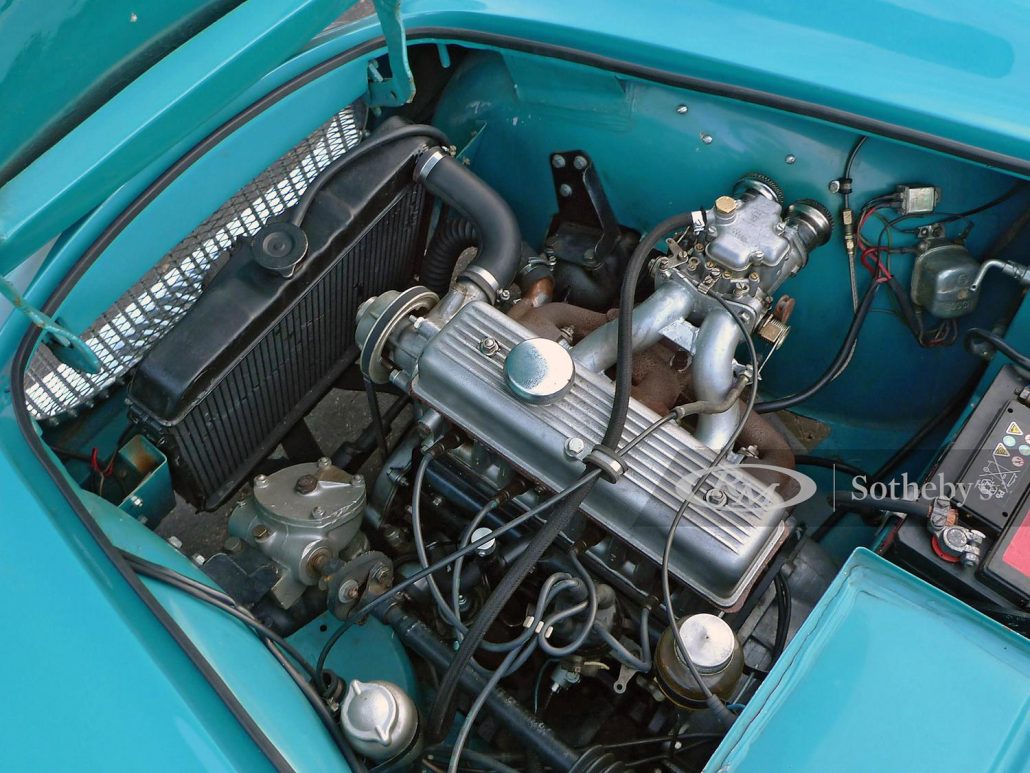 The car was acquired on April 23, 1955, by respected manufacturer Dr. Oskar Göhring, who soon gifted it to his playboy nephew, Rudolfo “Rudi” Wein. As Wein’s wife, Renate, recalled later, her husband had a very clear vision of what to do with the Fiat. He would use it as the basis for a special sports car that would be elegant, sleek, and sporting, following the Italian style he had seen from Cisitalia and other automakers.

Göhring’s factory, Geburth, handcrafted a new steel body to Wein’s design, using taillights from an Opel Kapitan, door handles from a Mercedes-Benz 300SL, seats from a 190SL, and Italian instruments, as well as two removable roof panels, originally of Plexiglas. Tuned and equipped with a side-draft Weber carburetor and full Stanguellini competition modifications, the engine is a Tipo 103-based unit from 1955, with a reduction gearbox activated by an under-dash lever, effectively providing eight forward speeds. A very large, handmade twin external fuel tank provided excellent long-distance cruising and travel. 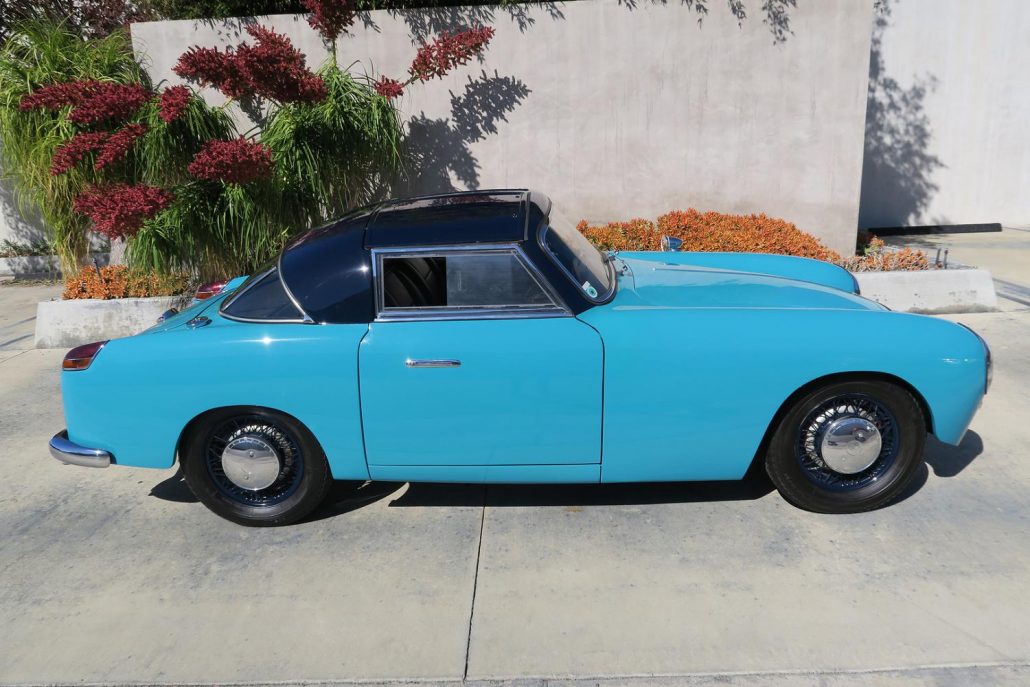 Rudi Wein enjoyed his creation largely as a boulevard street racer, although it likely took to the track at least once. By the early 1960s, however, the family’s company had filed for bankruptcy, and the unique car was sold to a local scrapyard owner. Fortunately, he put it away in his warehouse, where it remained for decades.

In the early 1990s, Winfried Kallinger bought the scrapyard, along with other former Göhring family properties. Having known the family personally, he had the little sports car restored out of sentimentality, with no expense spared, recalling later that, while complete, it was not an easy automobile to restore due to its one-off body. 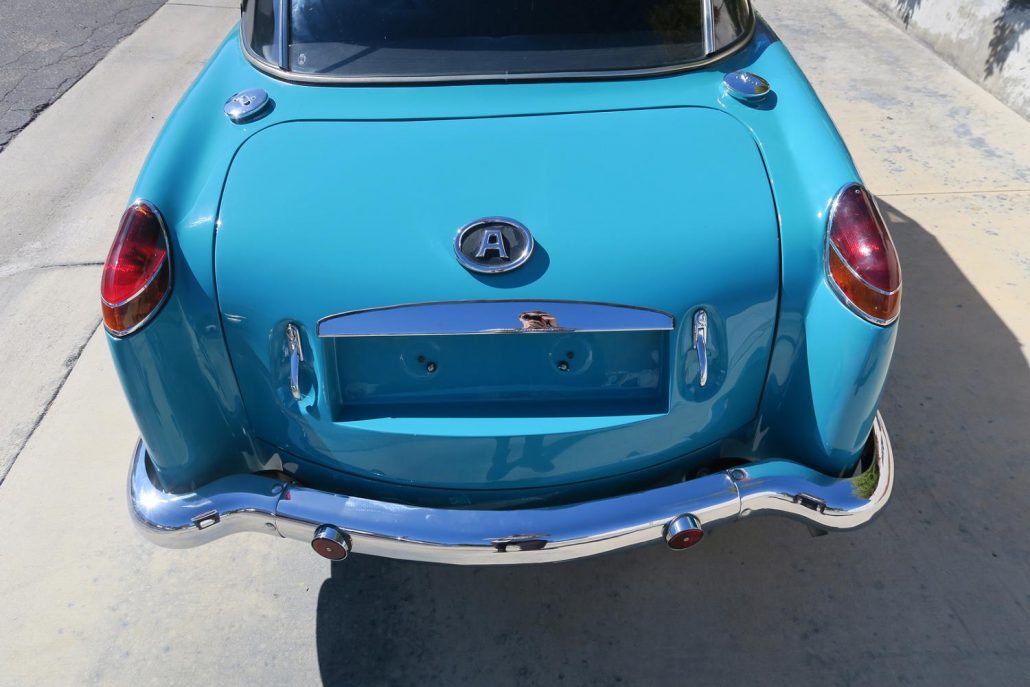 In 2007, the restored Fiat-Geburth was shown to Renate Wein, widow of its designer, and, as one can imagine, it brought back fond memories of her husband and his boundless creativity and ingenuity. It is offered today in much the same mindset, as a unique Italian special that is very much a tribute to one man’s imagination, as well as the plucky attitude of post-war gentleman racers.

Click Here To View This Ad In Hemmings Motor News

So here at Undiscovered Classics we’ll now be on the prowl for more European sports cars like this – new bodies and old chassis – American Style.  And as was alluded to in the article above, there appears to have been many European cars reborn in the postwar years as cars built for competition and performance.  It should be fun to find and share some of these handcrafted sports cars here with you at Undiscovered Classics so stay tuned.  More fun heading your way 🙂