Be careful what you wish for.  That’s all I can say.

I’ve been hunting down lost sports cars, race cars and sport customs in earnest for the last nearly twenty years – and much to my surprise, with great success.  There are many techniques and approaches I’ve used and shared with many of you here, so it shouldn’t surprise you – and especially me – that I eventually found one of the lost “DM Nacional” cars.

But finding these cars is never an individual effort.  In fact despite my looking for so many years, good friend Wayne Graefen shared with me and said “Hey Geoff – did you see that DM Nacional car coming up for auction?”

Wayne got my immediate attention that day.

The story of DM Nacional is one of the early “custom” days in America.  Custom sports cars, custom cars and sport customs.  DM Nacional built just 5 cars, and did so from their homebase – near Mexico City, Mexico.  In the early postwar years, the story of DM Nacional was carried by nearly all automotive magazines and trade journals.  Five cars were built from the late 1940s thru the early 1950s and this ended their enterprise for custom-built automobiles.

But I always wanted to know more.  So research continued.

It took many years and I was able to contact the family in Mexico that built these cars – the Galindo family – and they were helpful in providing additional information about these cars.  But like me, they hadn’t found any of the five cars.  I was still looking.

One of the first things I was able to see online about the car going to auction was an excellent video about the history of the car and marque hosted by Alex Dragone of the Dragone family.  This ultimately turned out to be the family that had owned the car for 30+ years.  You can check out the 4 minute video below:

I talked with Alex before the auction and learned a bit more on the history.  At that same time they made available to me the auction book which I’m sharing below.  It’s a beautiful book on the cars that were going to the auction and the DM Nacional was prominently featured on the inside front cover.  Additionally, the write-up was excellent and I’ve re-typed the write up below as well as shared the images and text from the auction book too.  Read on for more detail.

When custom coachbuilders come to mind, the great French, Italian and German coachbuilders are the few that really stand out, but there was another coachbuilder in Mexico that was making some really stellar bodies on American car chassis between 1940 through 1955 named D.M. Nacional.

Founded by a Mexican business man by the name of Ruiz Galindo Jr. who had a love for cars and especially custom coachbuilt cars after a trip he had taken to Europe where he experienced some of the great French and Italian coachbuilders of the time.

American cars were the most common in Mexico at the time and parts were most abundant so American chassis made the most sense.  Cost for the DM Nacional custom bodies ranged from $3000 to $6000 dollars exclusive of the cost of the chassis, which was quite a bit of money considering a new Cadillac at the time was around $7000.

Fords, Mercurys and Chryslers were the most popular chassis used and Ruiz Galindo would make the car to the customer’s specifications.  For example, he once added six ash trays in a car for a Chicago business man, a wealthy student ordered a car with leather bookcases and a radio fan had a car built with no less than three radios inside the car.  Nacional’s designs were very much inspired by the great European designers and these design cues can be seen in many of their bodies.

That brings us to one of DM Nacionals most interesting and stylish coachbuilt cars, the 1950 Chrysler Imperial “Sedanca DeVille”.  This particular car by DM Nacional is a wonderful example of how European inspiration was instilled into DM Nacional’s designs.  The front fenders sweep all the way back through the rockers into the rear fenders, just like Saoutchik of Paris.

It has a low and long roof line with a removable front section like a sporty and proper European custom Sedanca would have and a very graceful and sweeping rear deck that really gives it a spectacular look.  Even though there were quite a few DM Nacional customs commissioned during the time it was in business, little to none of their creations still exist today which is why it is such a treat to see a real DM Nacional custom coachbuilt car in person.

Not much of this car’s history is known other than it is believed to have been originally commissioned and built in 1950 or 1951 and was finished in a sporting yellow and black paint scheme with a green interior and an original photograph can be seen of the car sitting in front of the DM Nacional building upon its completion.  It was much later purchased by its current owner in Connecticut from its previous owner over 30 years ago.

The car has been sitting since then and is presented in its current condition complete with its original DM Nacional body tags and  its original custom fixed landau bars.  Although it is in somewhat tough condition, it would be an incredibly interesting and wonderful car to restore and bring back to its original magnificence.

Any concours would be enamored to have this car presented on their show field.  A true piece of coachbuilding history, and possibly the only DM Nacional left today. 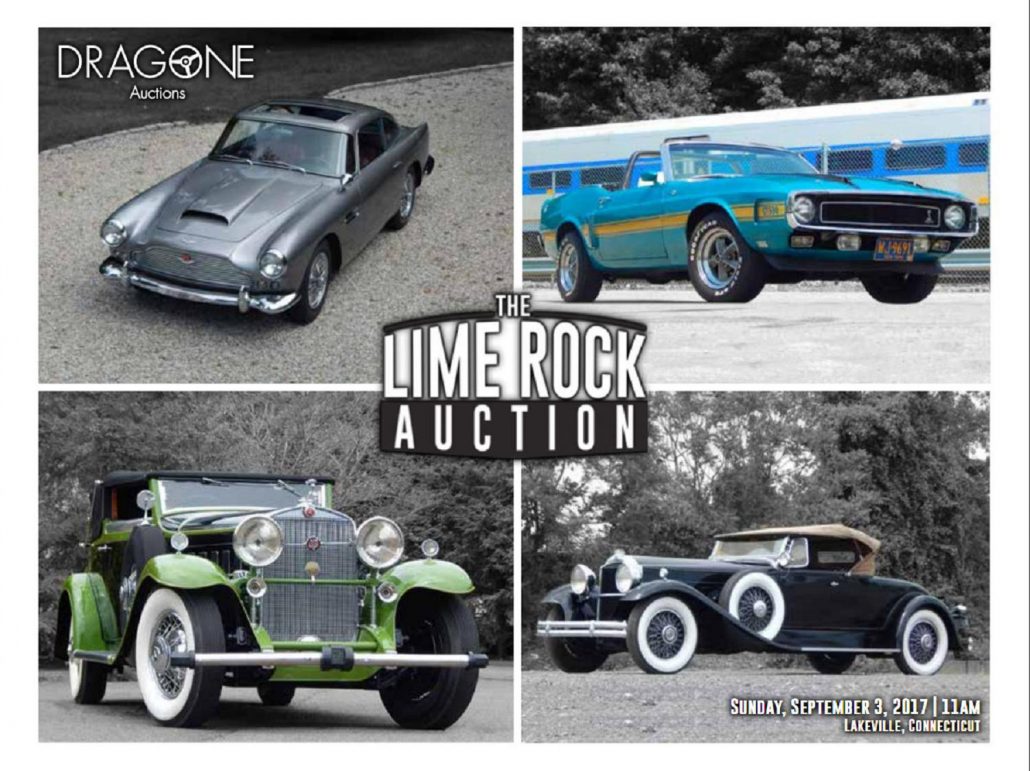 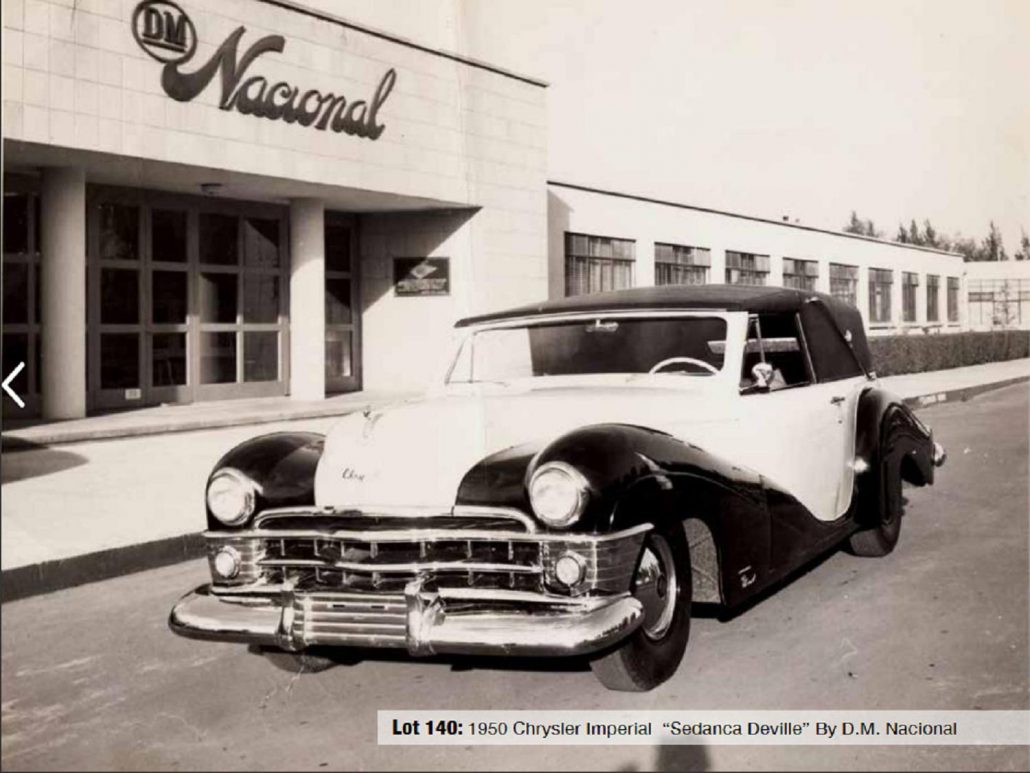 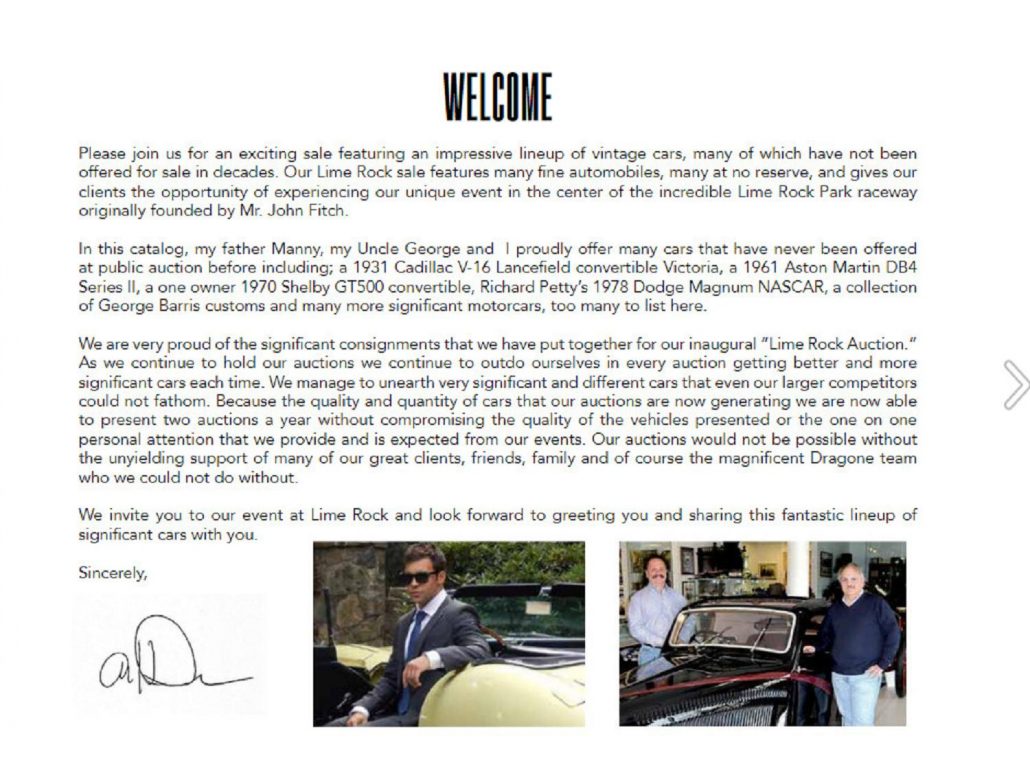 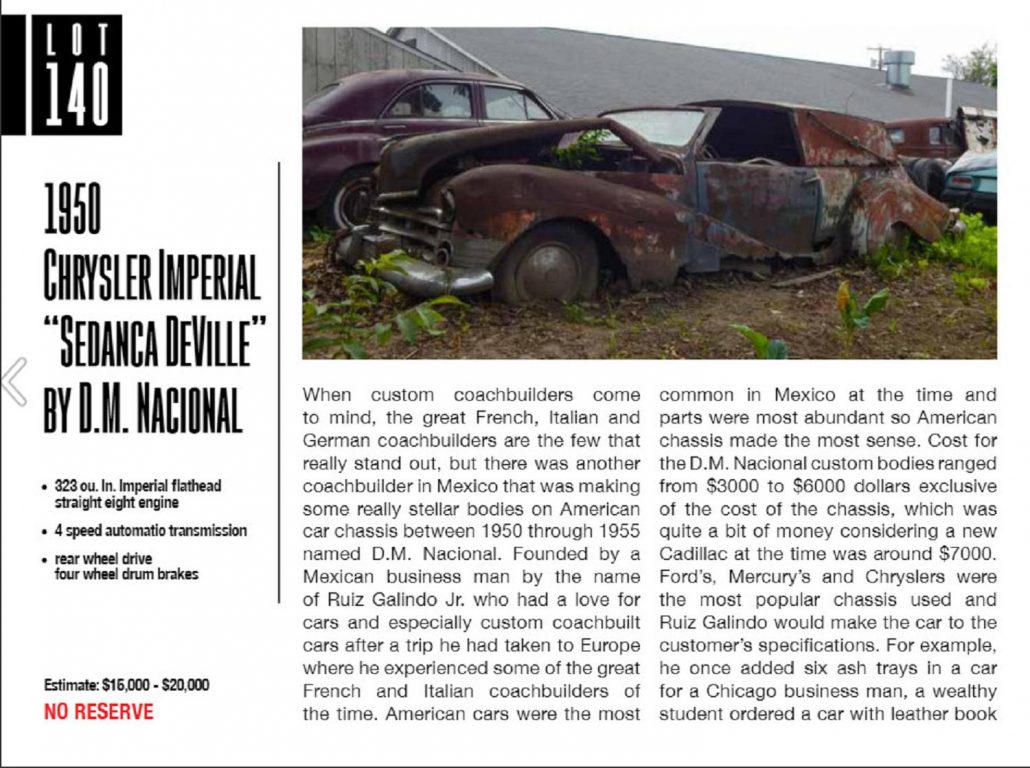 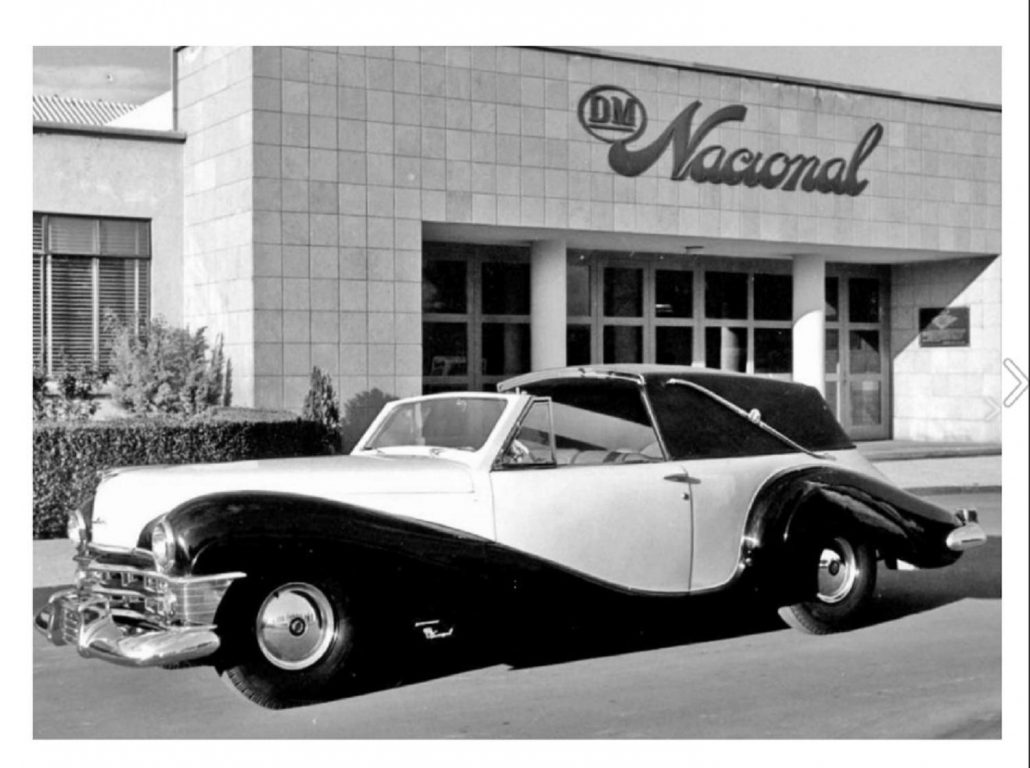 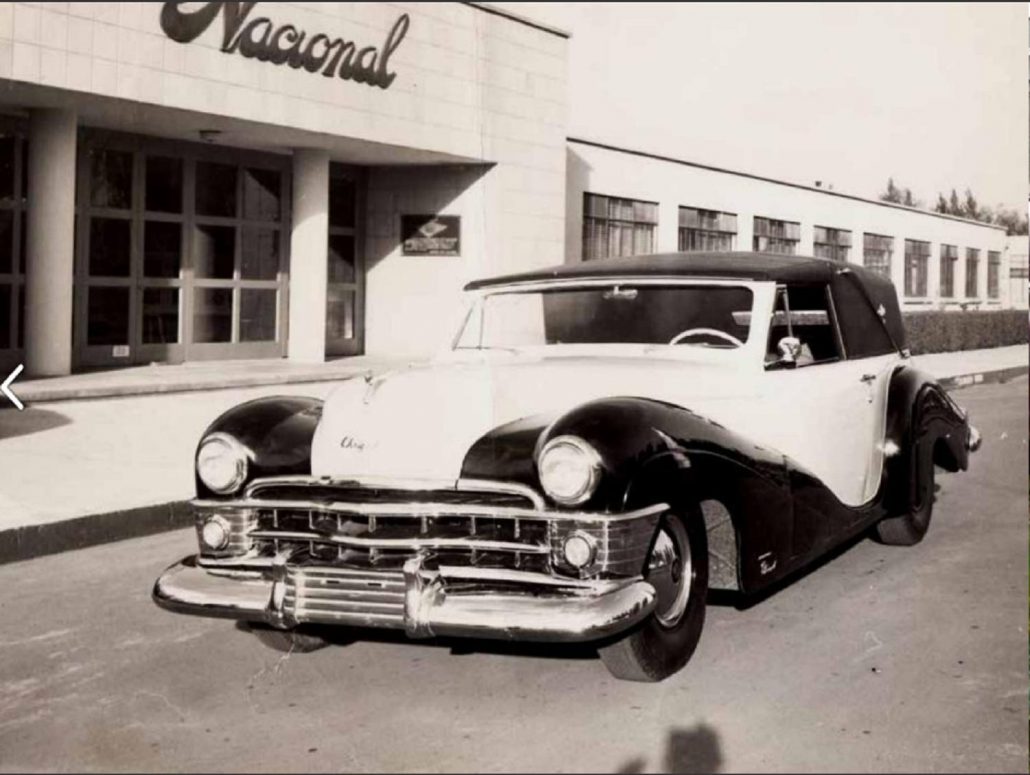 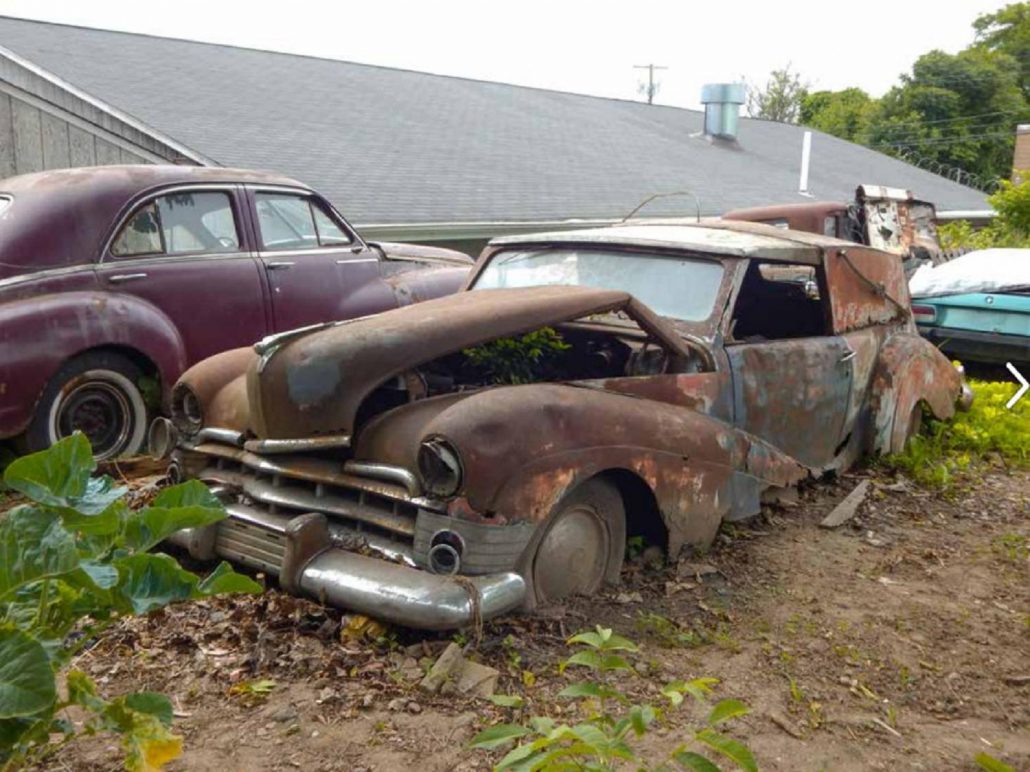 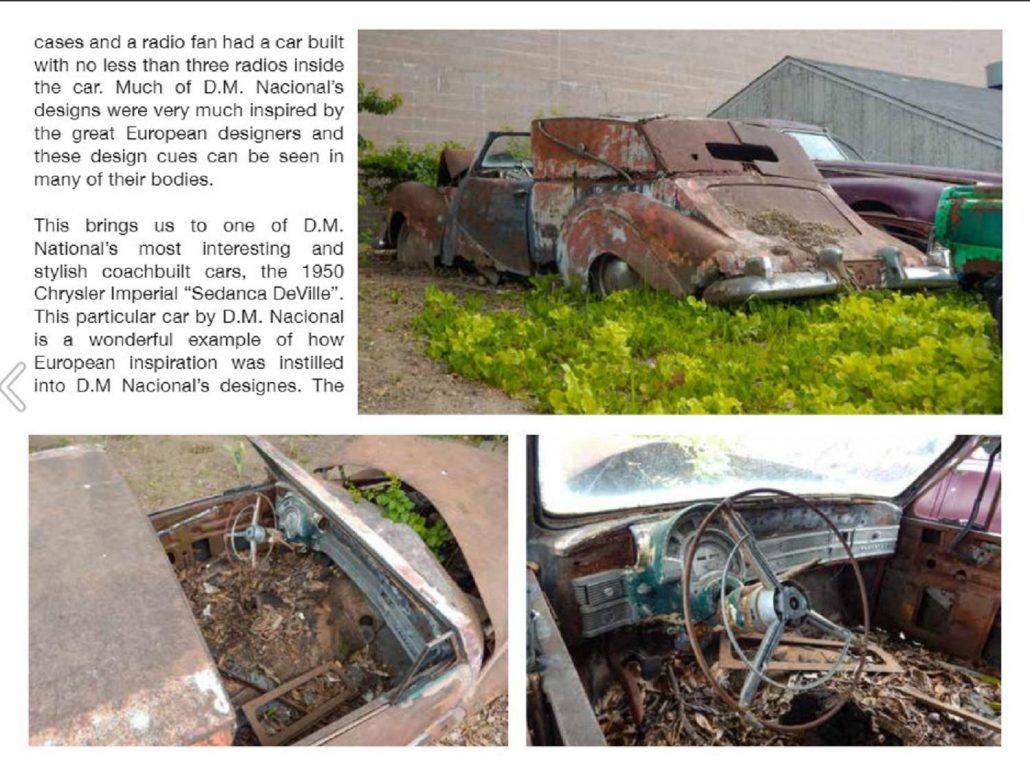 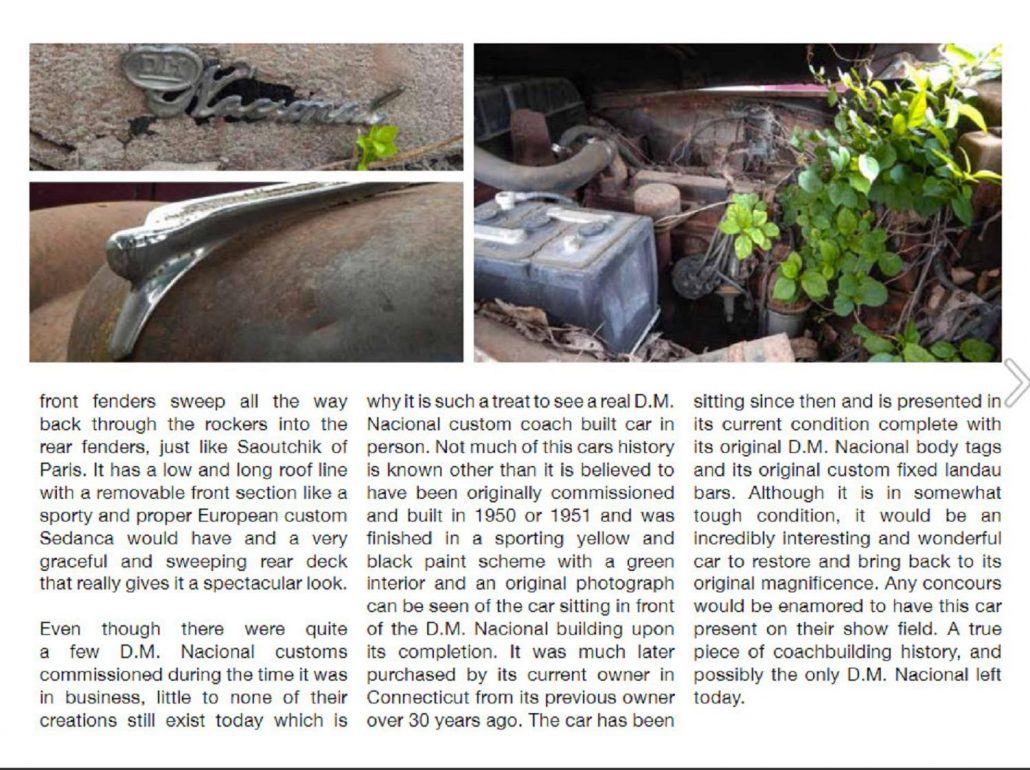 So what happened to the car?  You can guess the answer.  The DM Nacional Sedanca deVille is safely down here in Tampa, Florida.  How was our trip bringing it from Connecticut to Florida?  That will be the source of our next story on DM Nacional custom cars.