I love sport customs.  These are cars that preceded our fiberglass sports cars of the 50s when talented and creative individuals and companies were building sports cars out of steel and aluminum.  If you think building a car out of fiberglass is hard – try designing and building one out of metal – it takes your skill level to a new dimension.

Dan Post was the first to coin the term “Sport Custom.”  In his 1949 Blue Book of Custom Restyling, he discussed how the trend originated in the 30s, and how the early postwar era was going to define the sports car to greater heights. 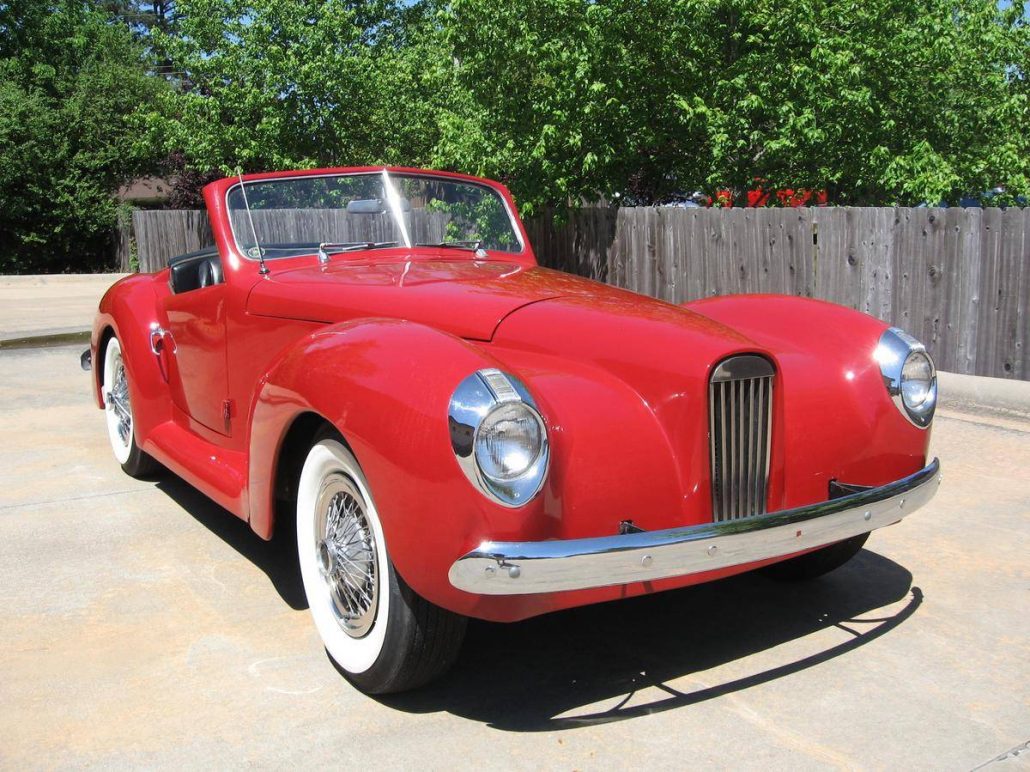 When the Glasspar and Lancer fiberglass bodied sports cars were introduced at the 1951 Petersen Motorama, fiberglass became the new body material to work with – and it should have.  Easier to use, it lent itself naturally to the production of lightweight bodies that could be reproduced too.  But sport custom cars made from metal didn’t stop being built.  As evidenced by this 1952 Sterling Stein sport custom.

Daniel Strohl of Hemmings Motor News first shared the existence of this car back in 2010.  In that article, he wrote

“John Johnsen of Fort Edward, New York, sent us these photos of what he refers to as the 1952 Sterling Stein, a very unique steel-bodied sports car. The story, as related to John, is that a man named Pingel in Duluth, Minnesota, built the car with the financial backing of a man named Stein, and that Pingel planned to build more such cars before he died.” 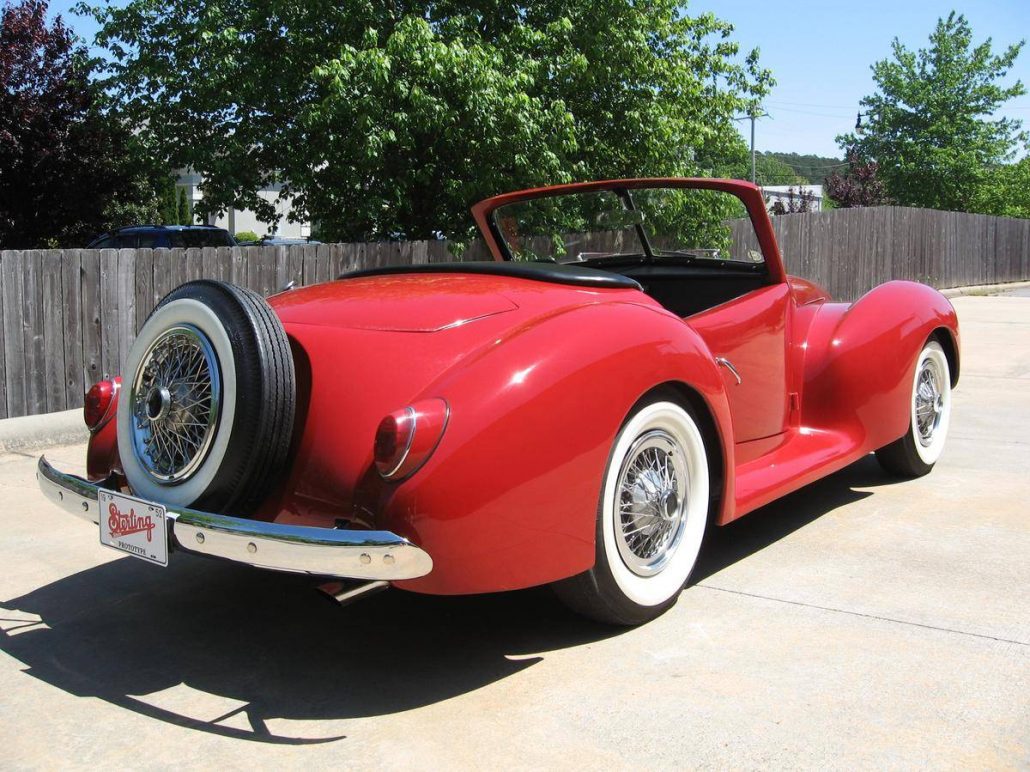 The current owners, Jeff Timmons and Debbie Scrivner of Special Interest Autos in Little Rock, Arkansas have expanded on this history of the Sterling and shared the following:

A man named Pingel designed an all-steel bodied two seat open roadster, built in 1952, and a survivor over time. It never had the top developed which help explains its remarkable condition, you just couldn’t store it outside. Reportedly it was driven around during the 50s in west Duluth, MN before it was put into storage in the back of a bus.

Thought by the very few who have had contact with the car… the Sterling-Stein was to be a sports car to be produced for Sterling, a struggling heavy duty truck company. Four cars were initially planned but it appears only one car was built. It’s a stunning design, similar to the Allard K2 and the Jowett Jupiter, but arguably more beautiful. No paperwork exists from the defunct Sterling Company which ceased operating in 1953, but the car, originally on a Wisconsin title is titled as a 1952 Sterling. Sterling was a Wisconsin company from 1906 to 1953.

The body as earlier stated is all steel construction and it is solid. The car runs great but its steering and braking are marginal at best. Always a crowd favorite at car events, many mistake it for a French or British classic.

This sport custom is a bit smaller than most of the era – which makes it even more unique.  And it’s been modernized a bit for both comfort and ease of handling.  That can make it nicer for some of you too.  Let’s have a look at some more photos. 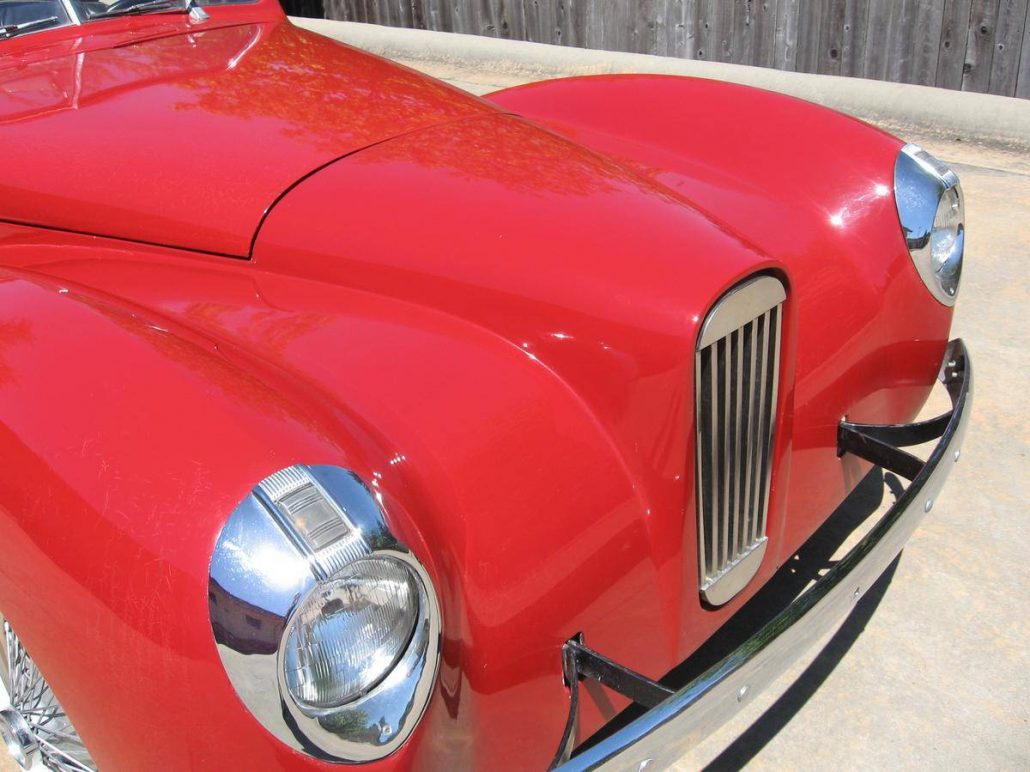 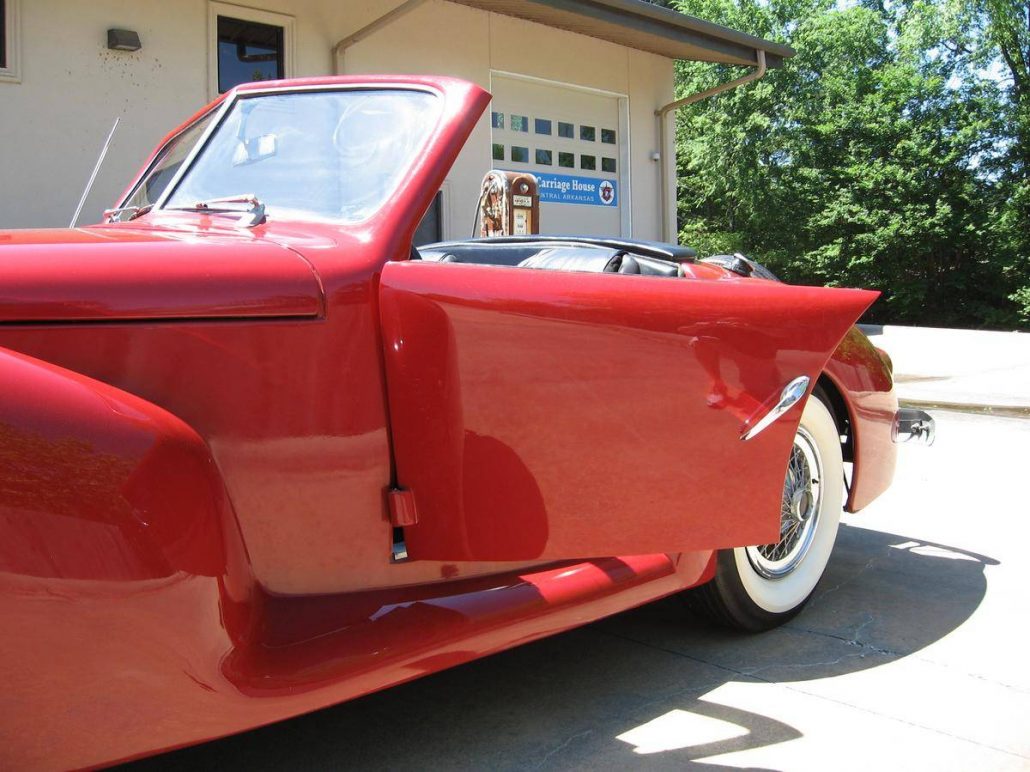 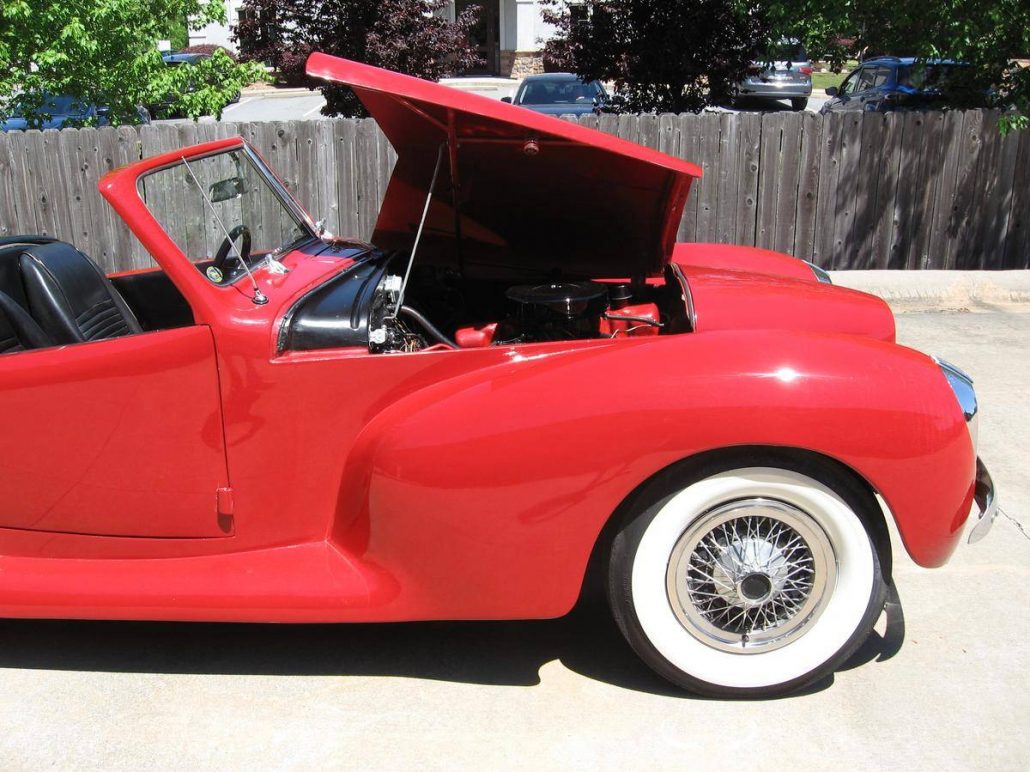 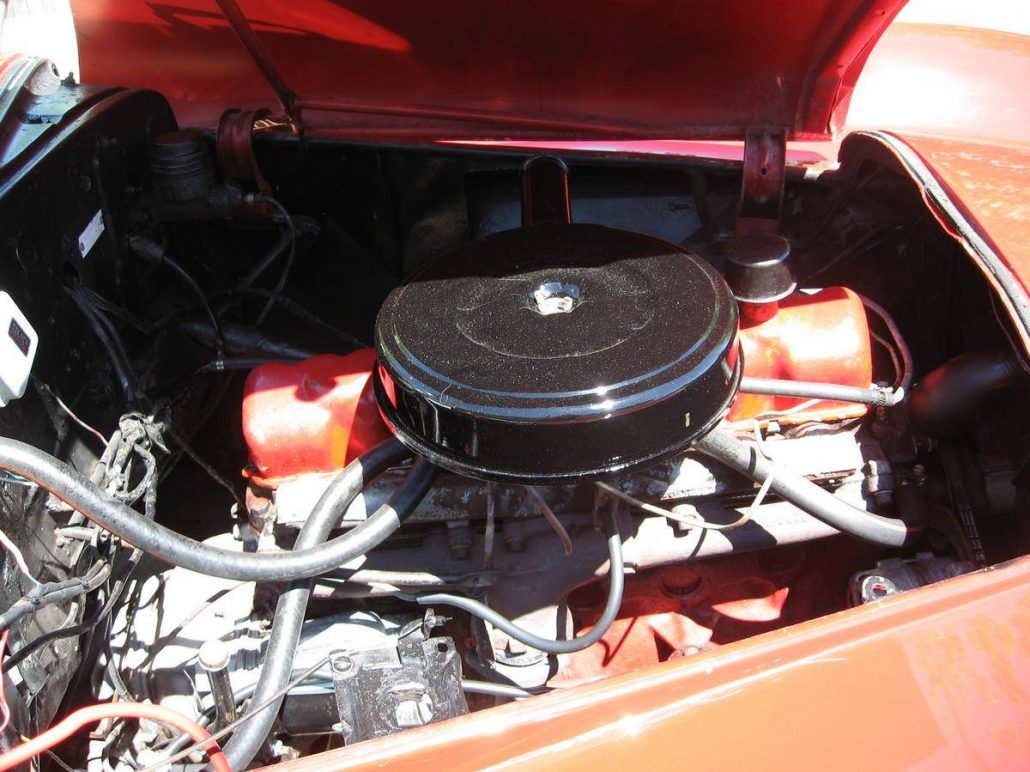 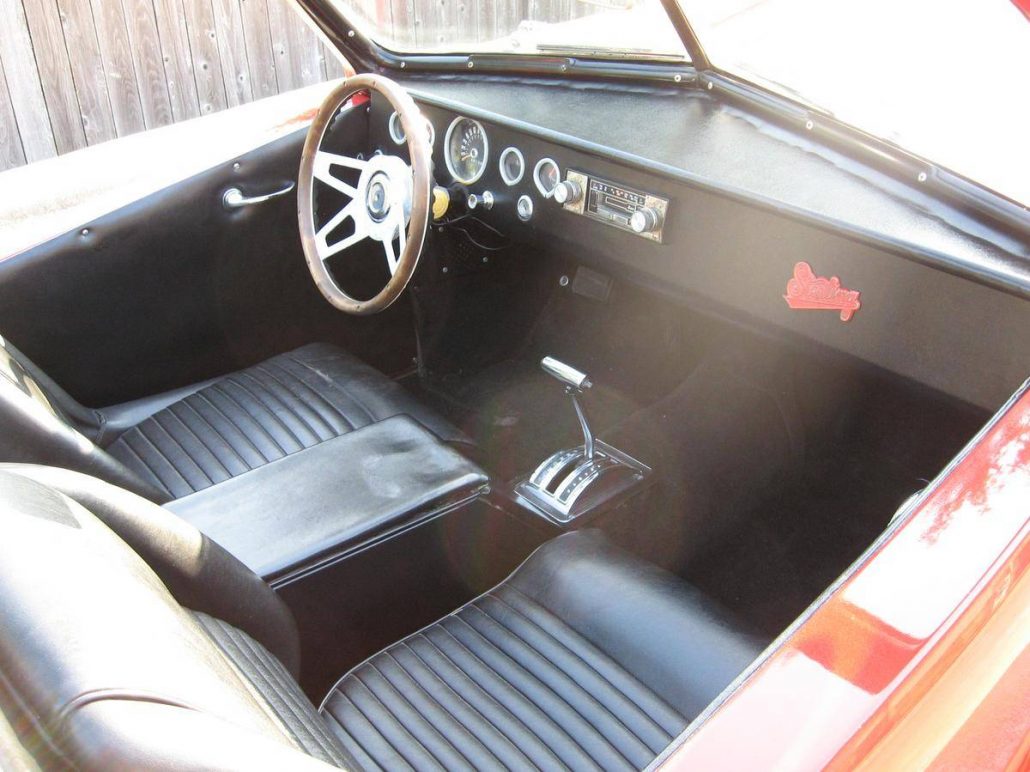 More About Debbie and Jeff

Debbie Scrivner and Jeff Timmons have a great passion for their cars and this enthusiasm has led them to create their business “Special Interest Autos” based in Little Rock, Arkansas.  Jeff also has a great appreciation for the American Specials too – both those built from either fiberglass or metal.

Recently, a video with Jeff and Debbie was posted on YouTube which focused on a discussion of their car hobby.  They are the organizers of “Cars and Coffee” in Little Rock, Arkansas and during the video you learn about their background interest and their cars.  It’s worth the view and a very nicely done video.  You might even see their 1955 Woodill Wildfire hiding behind where they are standing. Here it is:

So…any of our folks that live up north in or near Minnesota want to help with a research project?  I’d like to learn more about who Pingel was, and also how the car ended up in New York – or wherever it was in 2010 when Dan Strohl first reported on it.  Perhaps the owner at that time had more information that we could learn and share.  And you know how I like to research lost cars and share what we find.  Anyone want to assist?

Jeff and Debbie have also put their 1952 Sterling-Stein up for sale.  Those of you interested can click on the link below.