In this article, you’ll learn from one of the veterans who knew American Specials well – John Christy.  In the 1950s John wrote books and articles on sports cars in various magazines.  In the 1960s he was the editor of the magazine “Sports Car Graphic.”  In 1957, John wrote a section in a book about assessing and buying American Specials.

It’s a nice read from the era on one’s views of these cars – so it’s a useful start.  Click on the link above to learn more – and have some fun learning more about our favorite topic – American Specials.

I wish I could have met John Christy.

Based on what I’ve read by him, he would have been a fantastic car guy to talk to.  I first came upon his name in a series of newspaper columns called “Wheelspin” that he wrote in 1953 about the Glasspar race car built by Bill Tritt and Mameco and raced by Warren Gerdes and Bill Pollack.  These would be great columns to read today for you vintage racers out there, because these were Christy’s thoughts and observations on West Coast racing during the Golden Era of this sport.  I’ve always hoped someone would gather these all together and publish for all to view – I can wish…

I’ve continued to come across his name throughout the 1950’s and beyond.  Dean Batchelor in his book “Dry Lakes and Drag Strips” mentioned that Cristy was an early editor of Car Craft (1953 or so) and the most famous reference about him that I’ve found was his stewardship of Sports Cars Illustrated (later renamed to Car and Driver) from January 1957 thru November 1959.  And interestingly, it was noted by Pete Vack in 2008 in an article titled, “Karl Ludvigsen: His Excellence is Expected” on www.velocetoday.com, that Christy helped launch the career of Ludvigsen in an article highly praised by him and published in the June 1956 issue of Sports Cars Illustrated.  Karl has been a good friend of Forgotten Fiberglass and it’s neat to see that association here with John Cristy.

You can see why I am so impressed with John Cristy, and why I would have enjoyed talking with him so much! 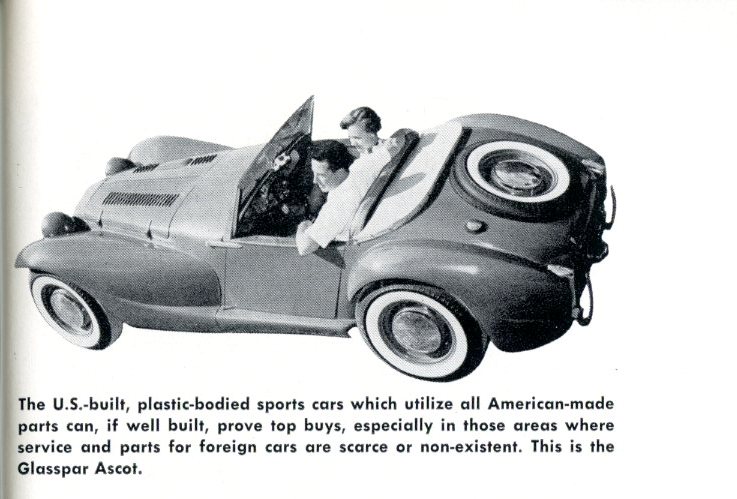 Today’s article focuses on a book Cristy wrote in 1957 titled “Guide to Buying a Used Sports Car.”  Literature aficionado Tony St. Clair turned me on to this book and boy it’s a great one.  Not only because it defines “What is a Sports Car” in and around 1957, but because it contains a chapter called “Offbeat Buys” as well.  This unique chapter discusses cars recommended for purchase that include Rileys, MG’s, Jaguars, Allards, Bugattis, Ferraris, Maseratis, and……”Specials.”  And…Christy prominently features a Glasspar Ascot in this section too.

Who could ask for more???

So….without adieu, let me share with you the section of Christy’s chapter on “Off-Beat Buys” that focuses on our favorite types of sports and race cars – “Specials.”

These are the hot rods of the sports car world.  Just as the usual American hot rod is a souped-up, stripped down version of an American car (the definition reads, “improved in performance, handling, and safety”), the so called “Special” is either a stripped and souped foreign or sports car, or one that has been designed and built as one-of-a-kind by a private individual or shop.  It need not be built solely of foreign components: many have been built almost entirely with American equipment. 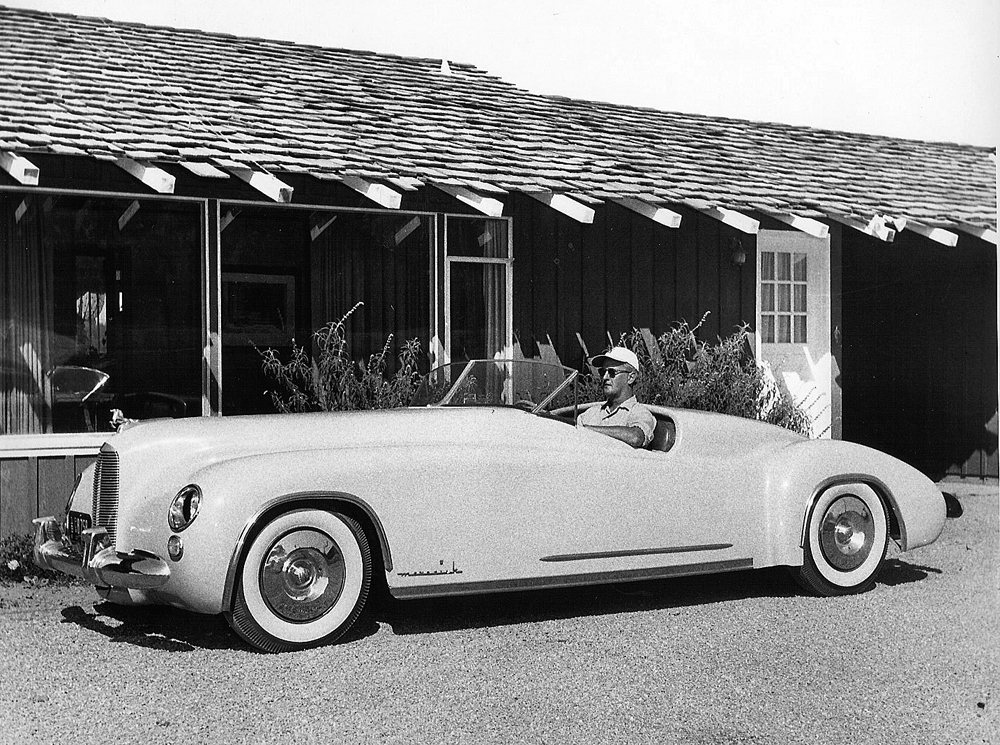 These cars are not toys: some of them have blown their exhaust fumes at a considerable amount of foreign equipment bearing very expensive nameplates.  The more successful of them are known on a national and, in a few cases, worldwide basis.  However, a word of warning here: the usual special is not built for street use.  It derives from an owner’s dissatisfaction with whatever racing equipment he can afford and a desire to show Enzo Ferrari a thing or two without having to pay Signor Ferrari’s price.

The prices on these specials are determined by the buyer’s desire for the car in question and the owners or builder’s evaluation of his time and material.  Generally the latter is highly inflated at first; whereas the buyer tends to undervalue the merchandise because it lacks a recognized name or because he considers such machines upper-class hot rods.  In some cases fairly high asking prices are warranted.  The two Miles MG specials, for example, have a very consistent record of soundly beating not only the best foreign machines in their class, but much larger cars as well.  Each of these went for around $4000 or less than half the price of the nearly unbeatable OSCA and less than two thirds of the tag for the invincible Porsche Spyder, yet each of the specials has proven the equal of the two marques named.

There are other specials that could, if placed on the market, command equal respect.  Some of the lesser caliber command lesser prices.  If racing is your goal, there is good reason to look into the available specials.

Quite naturally, a competition special cannot be tested on the road unless it is legally equipped so that it won’t bring down the wrath of the law.  It can, however, with the owner’s or operator’s permission, be taken on to such places as are used for racing under supervision.  The same inspection rules as outlined above apply here, but since such equipment as this is generally the province of the more advanced and knowing type, we needn’t delve into it further.

There is, however, a further class of “special” that might intrique the first-time buyer if only for its ready serviceability.  These are the so-called “Boulevard Sports Specials.”  They have generally been built on a standard (but reworked) American chassis such as the Ford, or on a special chassis built to take American suspension parts and an American engine.  Bodies are generally fiberglass and of commercial manufacture.  There are several of these manufacturers who turn out some very good-looking coachwork – or at least the basis therefor.

The value of these “Boulevard Specials” depends definitely and completely on the workmanship and meeting of the minds of the owner and purchaser.  Resale value is not always good – you have about a 50 percent chance of getting a decent return.   If properly built with the good workmanship often found in the small specialty shop, these fiberglass specials often make surprisingly good road cars, and some are easily the equal in speed, handling, and comfort of the more boulevard-ish foreign cars.  They have an added advantage in that they can be serviced and repaired at any good shop handling the cars from which the special is derived. 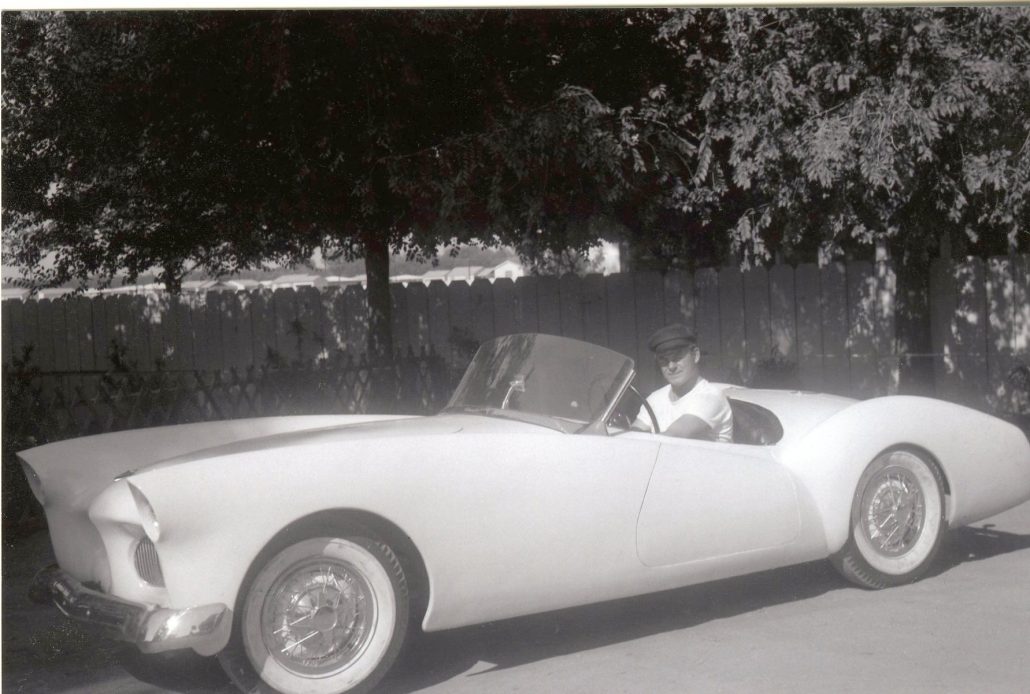 Quite often they are in the “best buy” class for those who do not live within reasonable distance of a foreign car specialist.  Inspection of these is especially important, however.  Every part should be thoroughly checked, with particular attention being paid to chassis and frame parts.  Body mounting should be carefully inspected to see that it is sturdy enough to stand normal usage; and that internal bracing, door hinges, locks, and trim are not merely handsome makeshift.  In these, above all, the byword is caveat emptor.  You have no recourse and no guarantee; but if you know what you’re about, you can come up with an excellent car for considerably less than the gouge for foreign equipment.

I don’t think we’re going to find too many articles like this from back in the day.

John Christy does an excellent job segmenting the two types of “specials” from one another, as follows:

Rick D’Louhy and I have been classifying the 100 inch wheelbase cars or less as primarily inclusive of the “Sports Car / Race Car Specials” category.  Conversely, we classify fiberglass-bodied cars which have a wheelbase greater than 100 inches as part of the “American Boulevard Sports Car Specials” category.  This latter category would include cars such as the Maverick Sportster (127” wb), Grantham Stardust (110” wb), Victress S4 (112” wb), Gazelle/Navajo (116” wb), and other cars with this larger wheelbase too.

This is not a perfect division, but the kinds of cars that Christy mentions in his book fall roughly on this divide as well, so Rick and I feel this is a useful classification too.  As I said before….I would have alot to talk about with John Cristy.  I liked his thoughts and ideas. 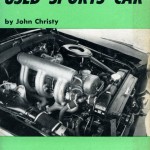 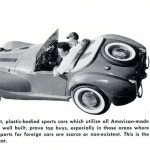 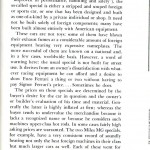 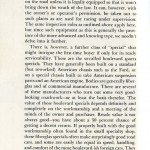 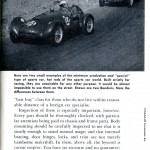 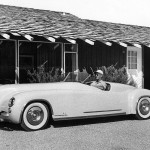 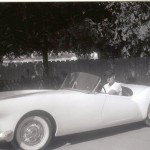 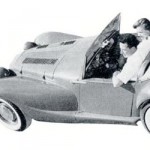